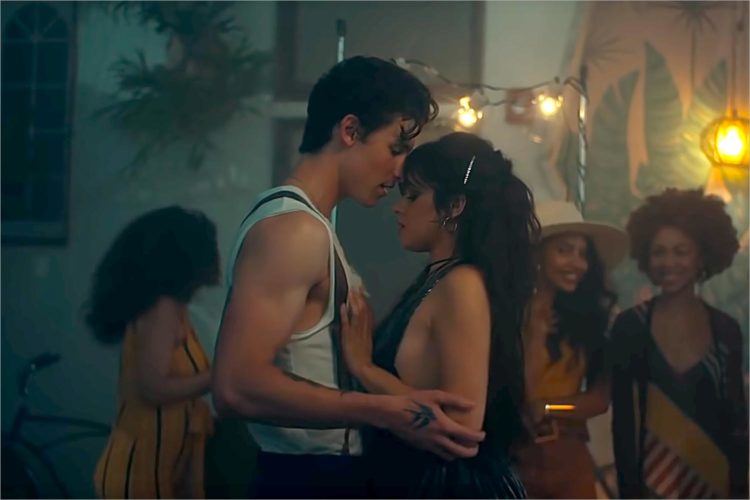 Last Saturday I bought the October 2003 issue of Spin for a buck at Half Price Books. Dashboard Confessional’s Chris Carrabba graces its cover, and it also includes articles featuring Outkast, The Polyphonic Spree and Jack Osbourne. As someone who received this same issue in the mail as a 13-year-old, it’s quite a mind-boggling thing to read.

The concept of learning about music from the mail feels uncomfortably quaint now. But in the context of pre-MySpace internet, we had so much more time to find out about the music. In that era of mainstream “indie,” new artists and material came at a manageable clip — but they were also siphoned through a limited number of labels and means of conveyance. There’s so much more ground to cover today. So my recommendation to you this week is to dig up a 15- or 20- or 40-year-old music magazine from a used book store whenever you have the chance. How far we’ve come! And in that spirit, here are three Spin-worthy tracks from this week.

When Fifth Harmony member Camila Cabello left the group in 2016 to pursue a solo career, she became the group’s equivalent of Zayn Malik, who had left One Direction a year prior. The connections between the two world-conquering groups are plentiful. (Most obviously, Fifth Harmony and One Direction were the biggest cultural exports from the American and British versions of The X-Factor, respectively.) Accordingly, it feels natural to check in and report out that both Camila and Zayn are… doing OK. They’ll both always be famous, and both have achieved healthy amounts of success in their solo careers.

Cabello’s first appearance on a record outside of Fifth Harmony was in 2012, when she guested on Shawn Mendes’s “I Know What You Did Last Summer.” The two have paired up again on “Señorita,” a collaborative single with a steamy Dave Meyers video. Would this song feel like a bit less of a grab at the Latin crossover market if its title wasn’t one of the five Spanish words every white person knows? Potentially. But it’s a fun, flirty, slinky tune and it’ll fit well in both artists’ catalogs.

Oh Sees reissued several early-catalog records this year, drawing from their mid-2000s folk/drone era. These titans of the California garage rock scenes have worn mNY hats over the past handful of decades, and the most recent is a heavy metal viking helmet. That’s both with respect to the genre, which extends robot arms from ’70s/’80s hard rock in all directions, and also in the sense of a total devotion to going all out. And the band’s new single “Henchlock” from their forthcoming double album Face Stabber (lol) goes all out, indeed. The 21-minute track is the album’s closer, and guitar solos and long vamps tie together a rock song that plays for so long it begins to sound more like Parliament-Funkadelic — or maybe even Tortoise — than Black Sabbath. God, what a band!

When I saw a graphic promoting this single a few weeks ago shared in my friend Mimi’s IG story, I will admit that my first thought was, “I gotta get this in Pop Gazing!” Yes, the Jo Bros have made their requisite reggaeton collab, with recent Latin pop stars Sebastián Yatra and Natti Natasha and international reggaeton icon Daddy Yankee. Press releases attribute “ownership” of the “Runaway” single to the troubadour Yatra, though the credits split ownership three ways and toss the Jonas Brothers in as a feature. That feels fair — they’re certainly the novelty here — but as far as gratuitous add-ons go, they stick out like three charming sore thumbs that only seem a little bit lost in the fun.