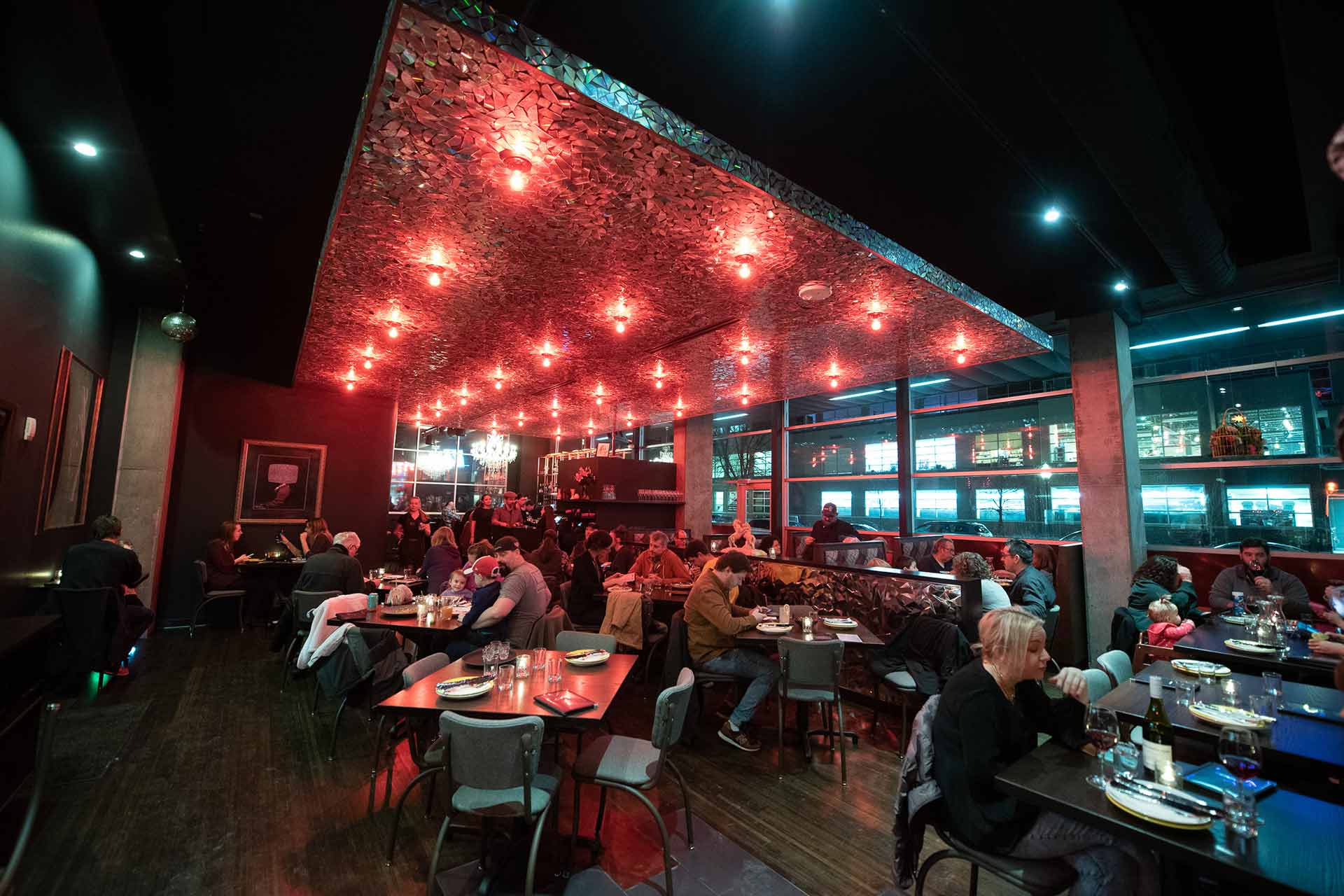 Is Madison ripe for a punk rock, heavy metal dining experience? Patrick DePula, owner of Salvatore’s Tomato Pies, bets we are with DarkHorse by Sal’s, which opened last week in the former Sujeo space at North Livingston and East Wash.

Inspired by lying to his parents and being chased by skinheads because of his time spent at the iconic venue City Gardens in New Jersey during his youth, the customer experience at DarkHorse is presumably less dangerous but no less invigorating. (Whether you want to lie to your parents about going there is up to you.) “It’s hard to explain what that place meant to me,” says DePula. “Even beyond the music, socially it exposed my suburban self to different ethnicities, LGBT folks and others with lifestyles I was unfamiliar with.”

That diversity manifests itself in DarkHorse’s menu. “The food follows no particular formula beyond that the dishes are meant for sharing,” says DePula. “We’re focusing on making delicious things with no rules beyond that it be something we’re proud of. John [Jerabek, culinary director], Jed [Spink, executive chef] and I simply are making things we like.” 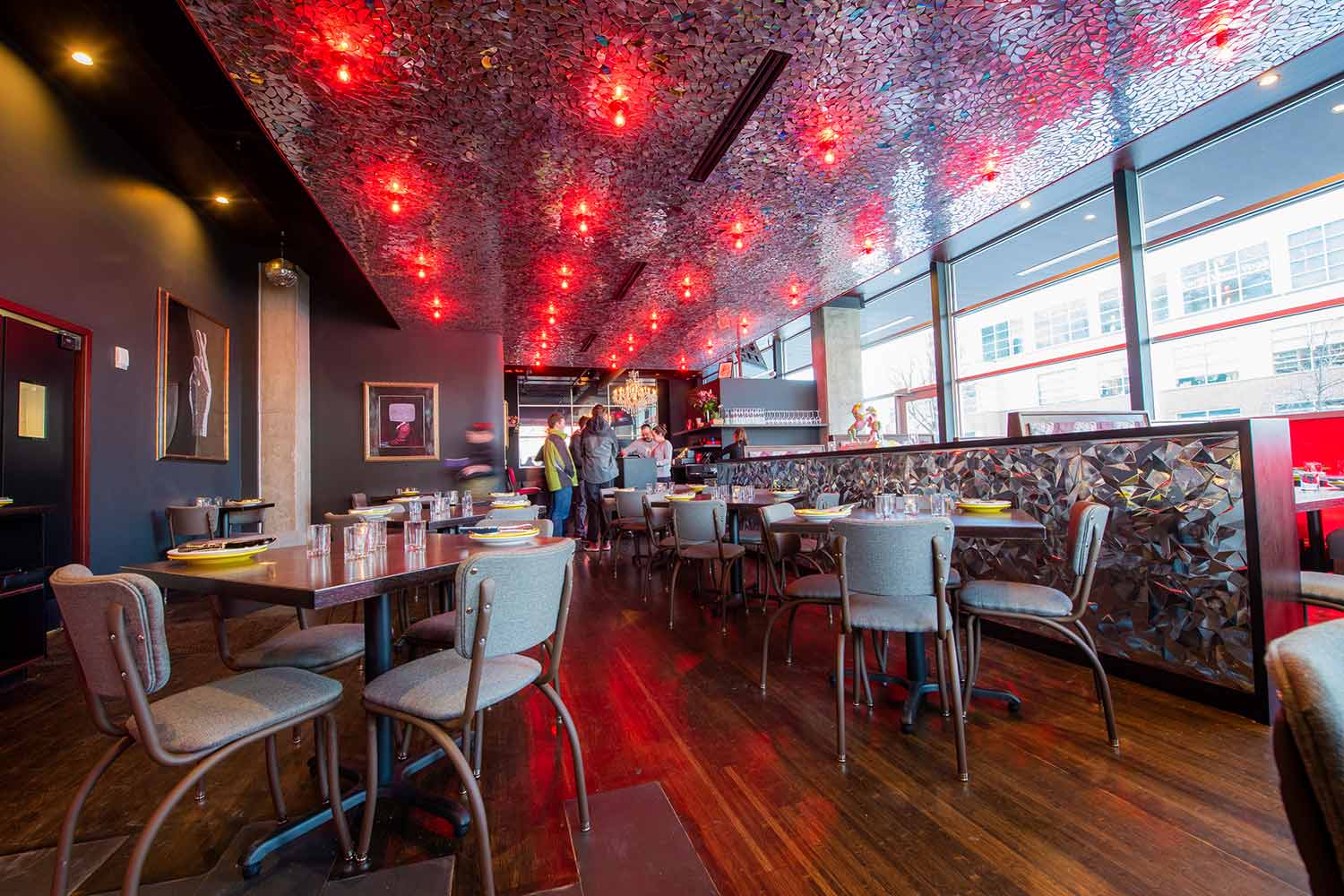 “Why not shake things up?”

Divided into land, sea and vegetables categories, the menu is an eclectic mix of cuisines and inspirations that are artfully arranged on the plate. Housemade lamb kofta ravioli is served in lemon brown butter with hummus and raita in an Italian Middle Eastern mashup. Vegetarian Chinese lion’s head meatballs (below) are cooked with fermented black bean paste and Korean gochujang. Clam chowder is hearty with gnocchi, white wine and garlic chips. And fans who just can’t get enough of Sal’s pizza will find five types here, including BBQ pork and muffuletta versions. 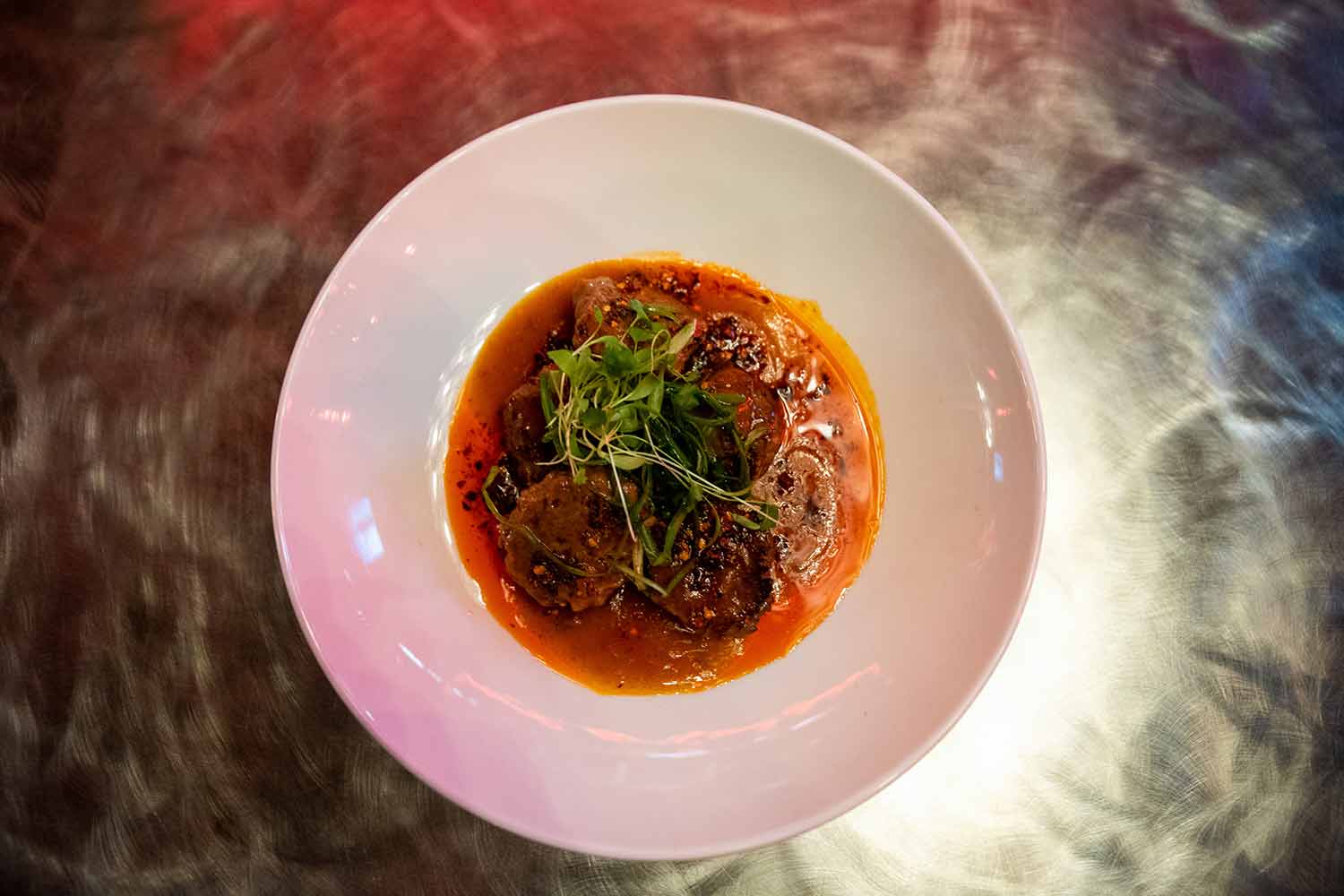 Cocktails are inspired by ’80s underground culture too, like the Max Headrum tiki rum punch and The Ramones, appropriately just a PBR tallboy and a shot of Jack Daniels. Playful names or not, you’ll feel like a rock star sipping your drink bathed in intense crimson light reflected by a CD shard-covered ceiling. Bonus points if you tell your parents you’re heading to the red light district for dinner. 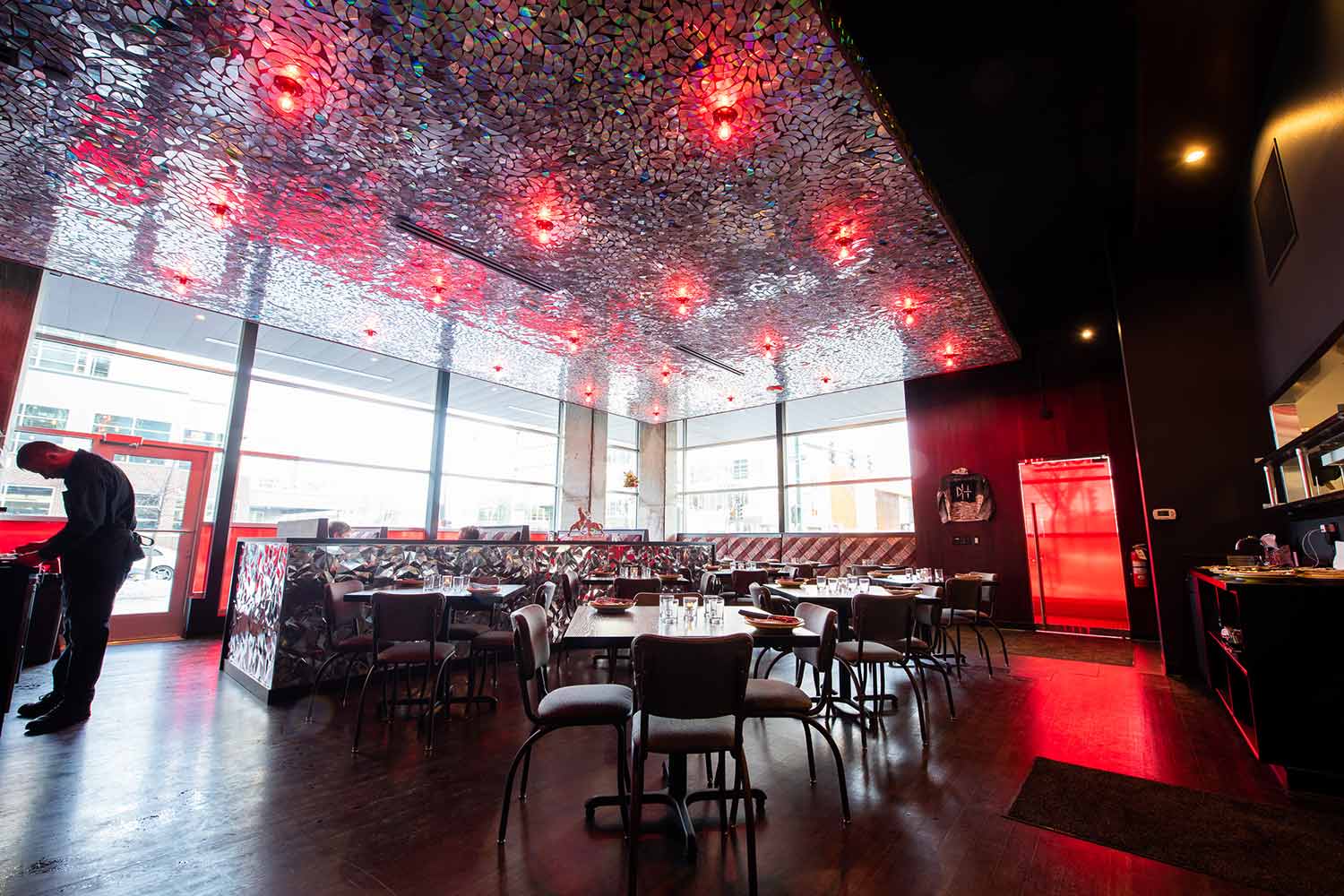 The restaurant’s name is DePula’s own little act of defiance and rebellion. In a 2015 review of Sal’s on East Johnson, writer Andre Darlington described DePula as a dark horse because he didn’t have any formal culinary training but was still putting out amazing food. “That description kinda stuck with me,” DePula says. “I’ve always been the kind of person that comes from behind… mostly because I’m incredibly tenacious and the words ‘you can’t’ or ‘impossible’ is a direct challenge. So many things are formulaic. Why not shake things up?” 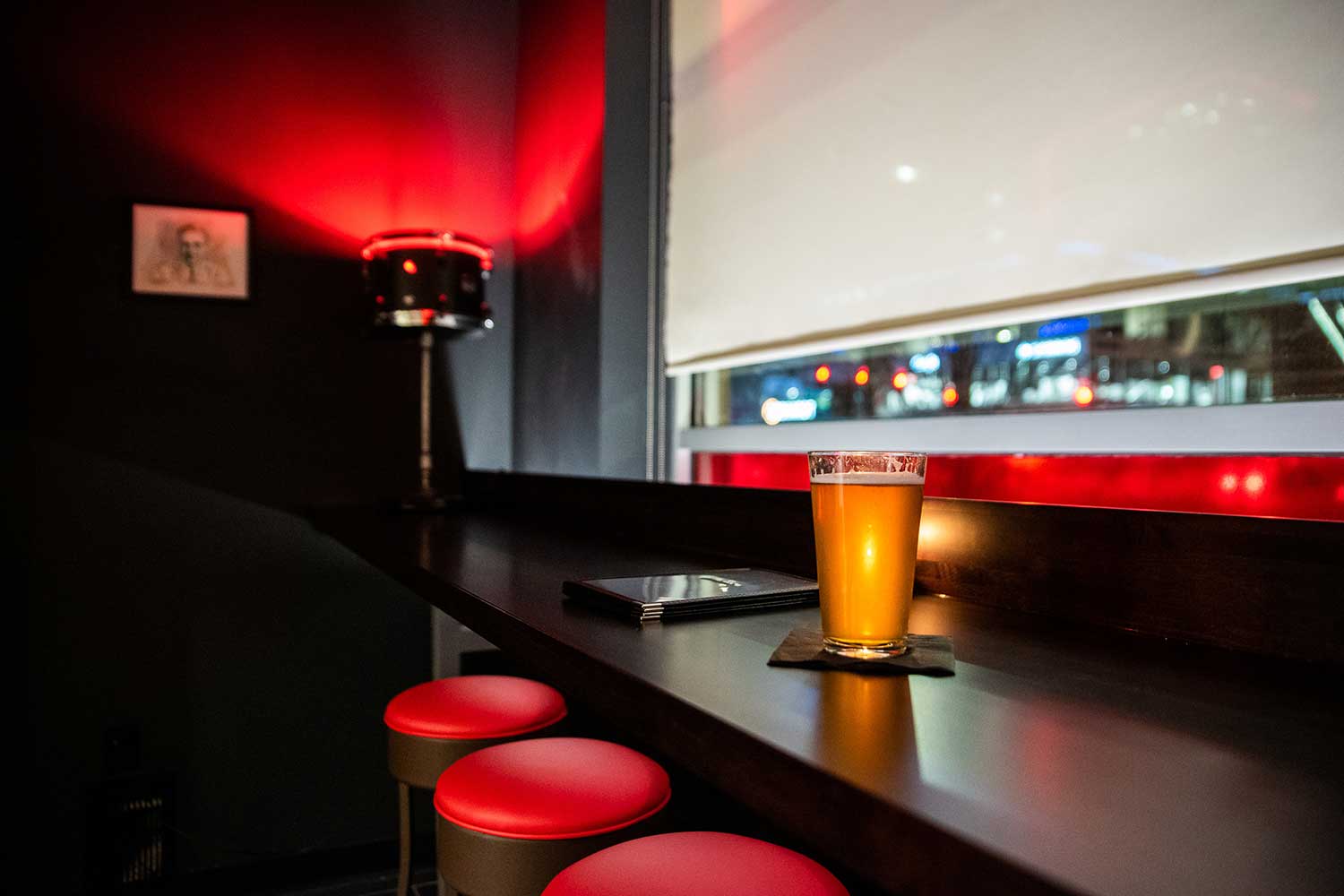 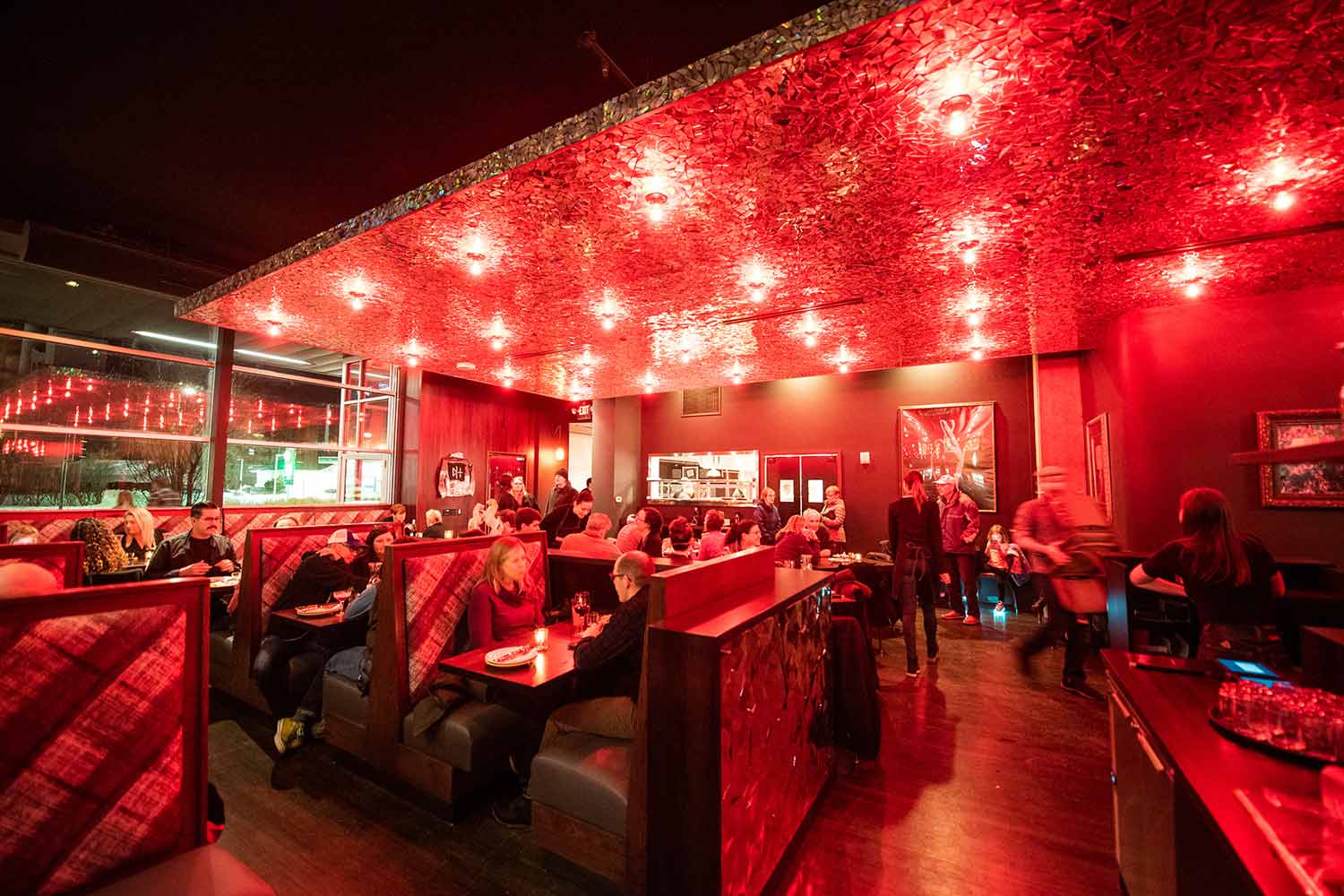 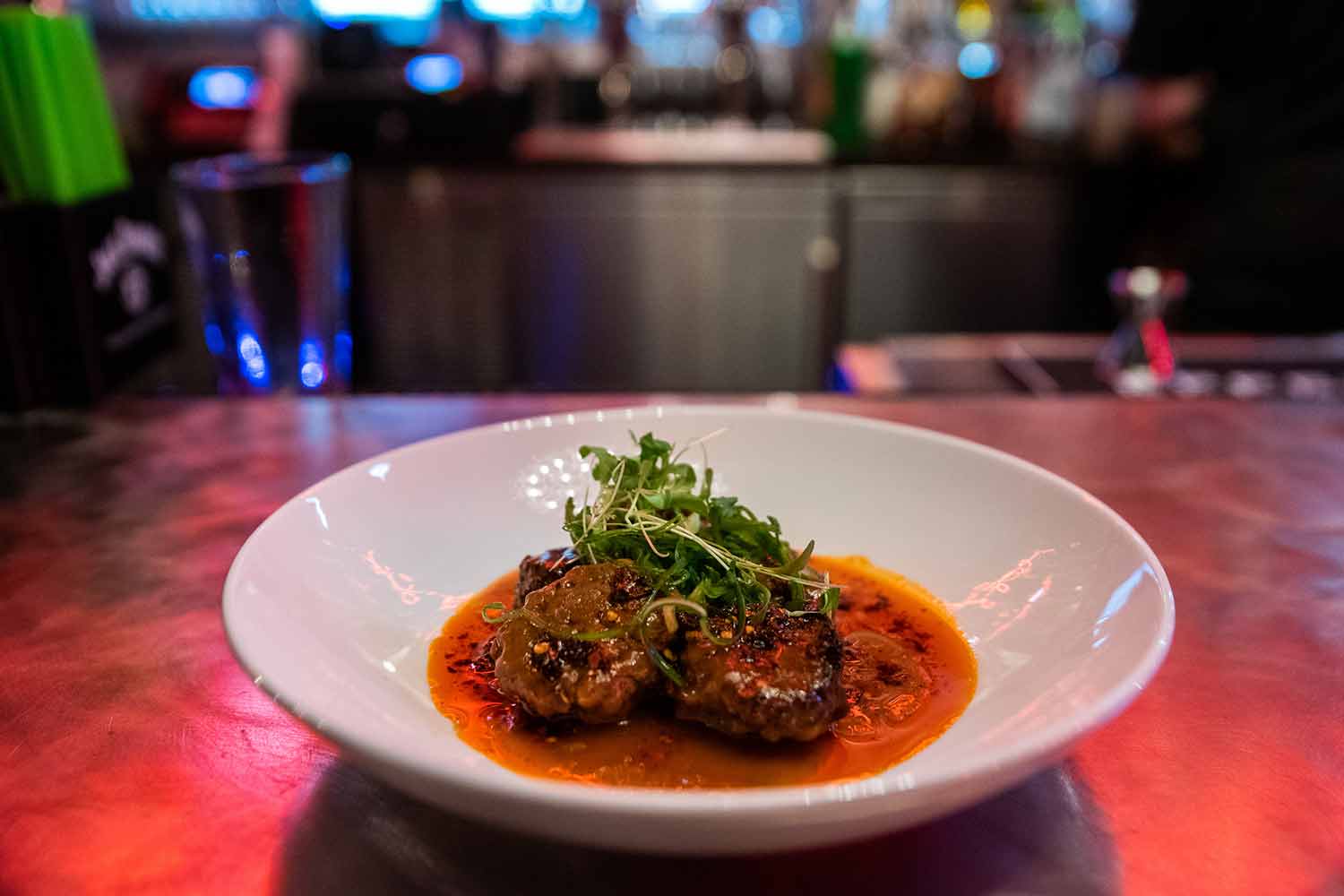 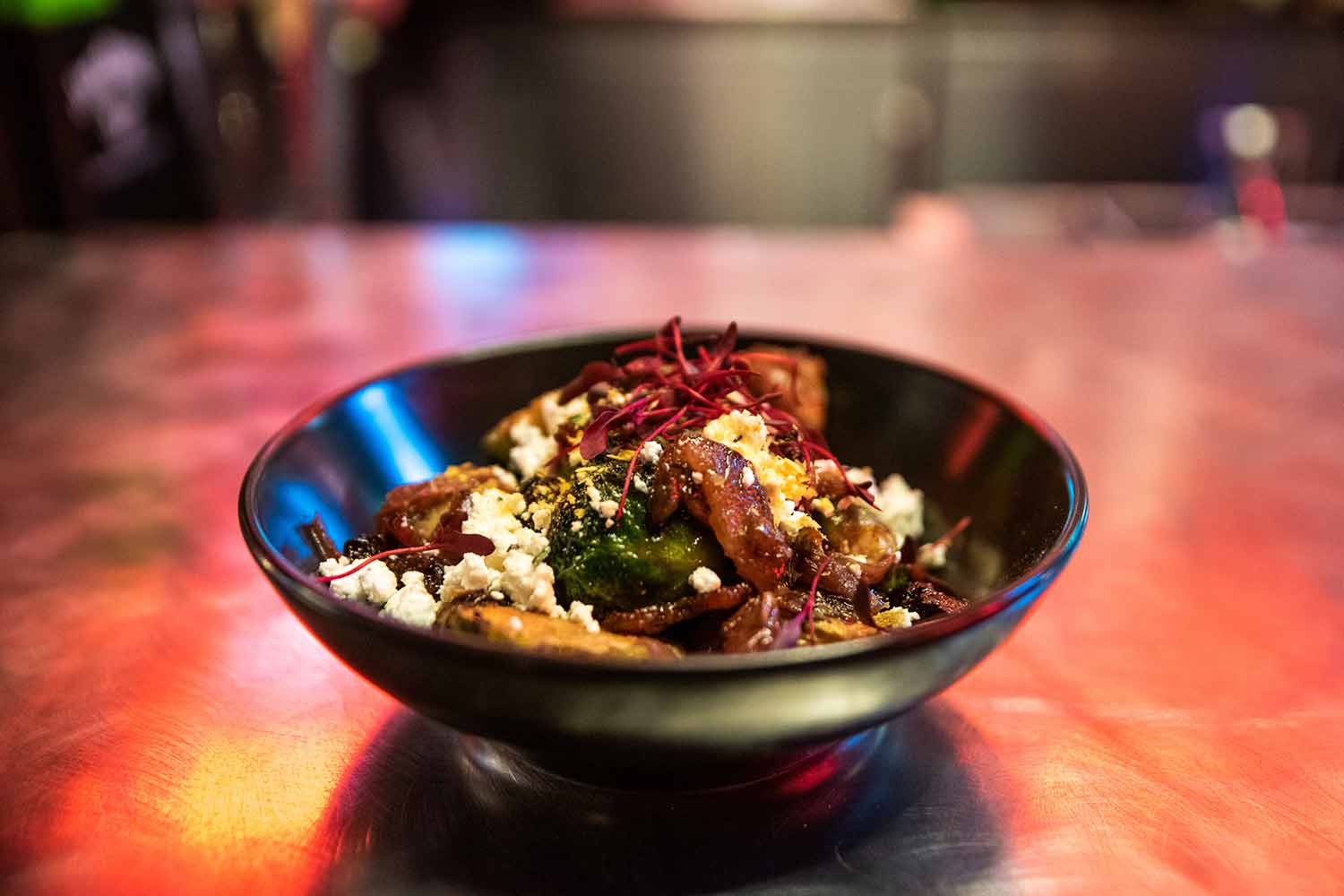 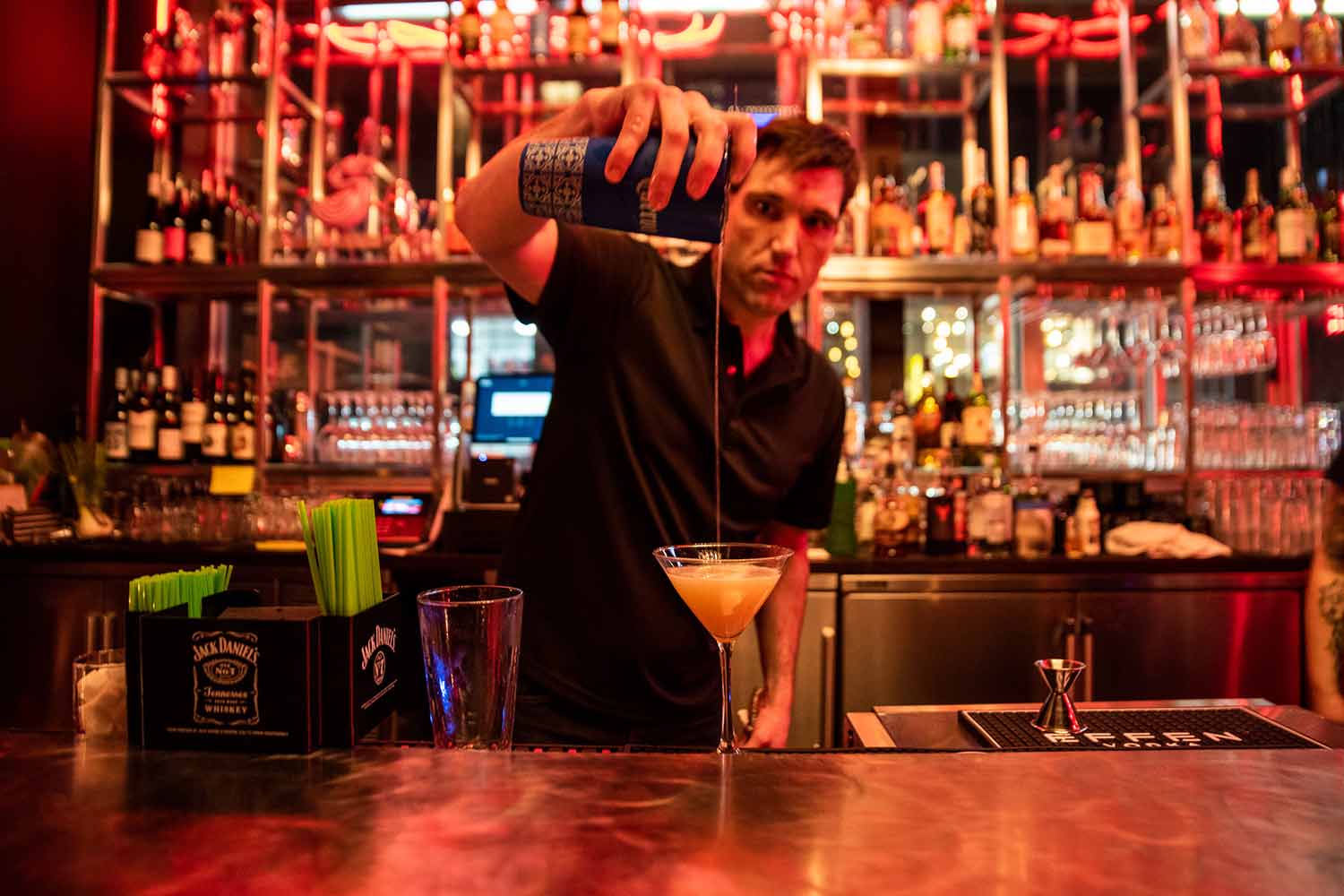 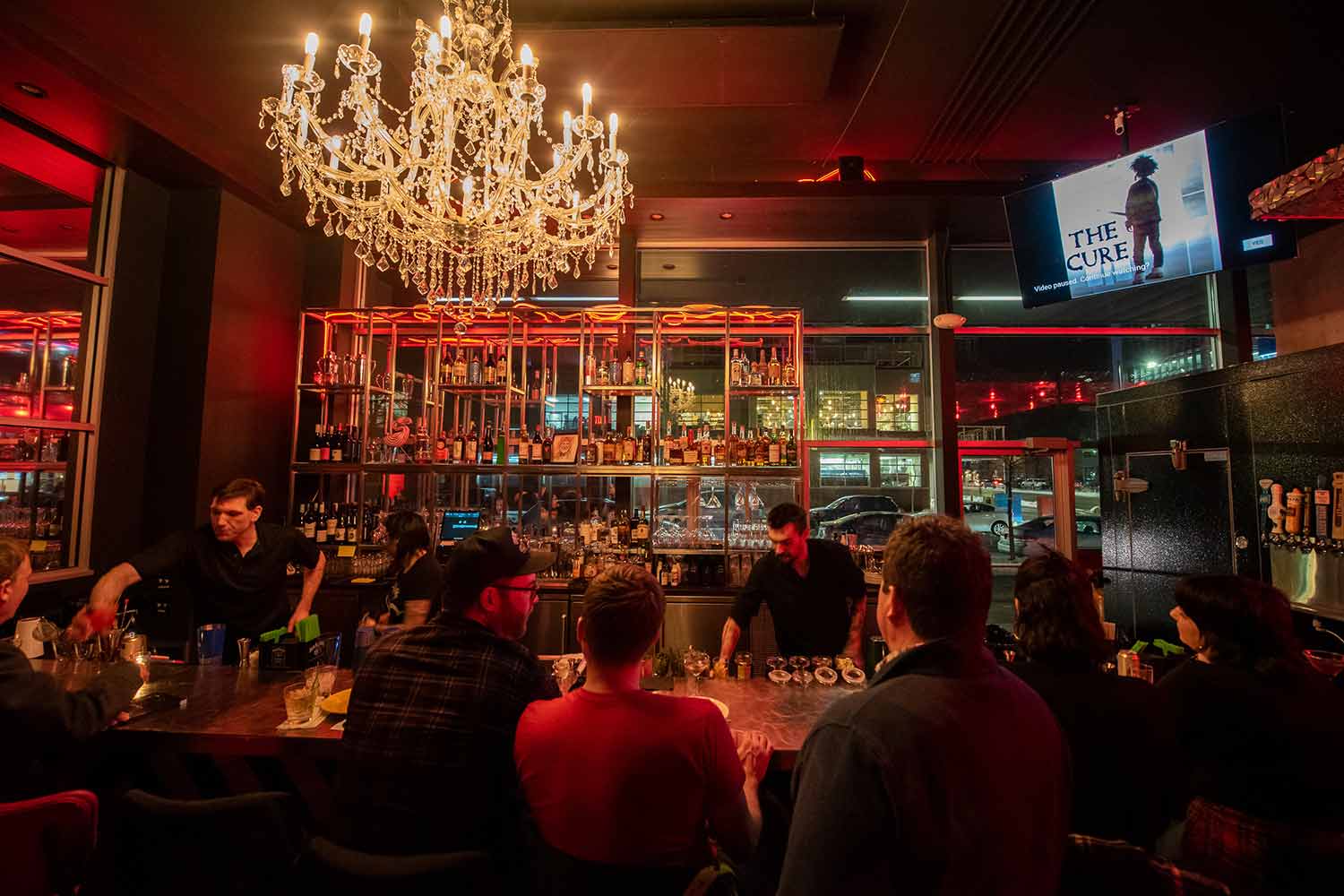 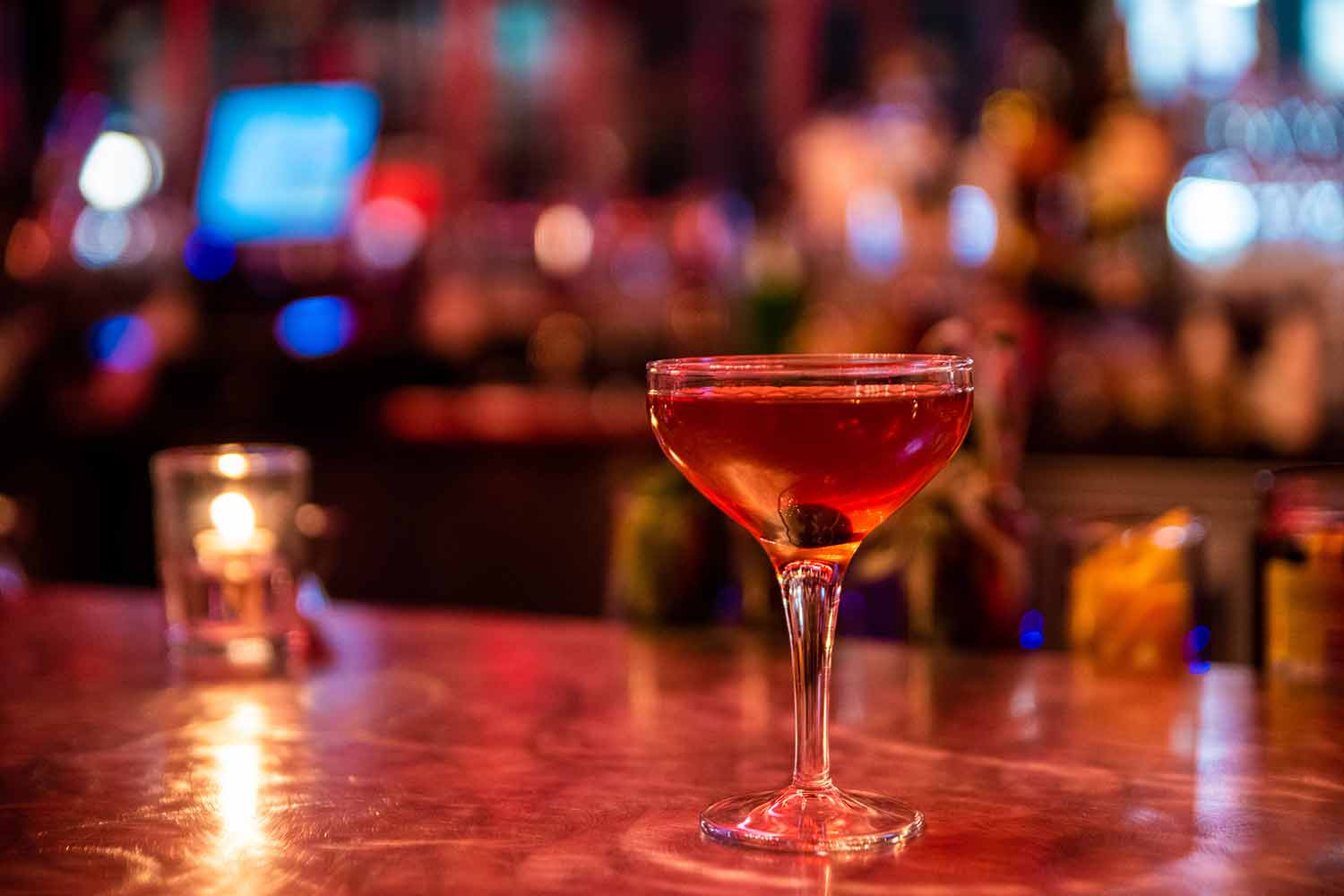