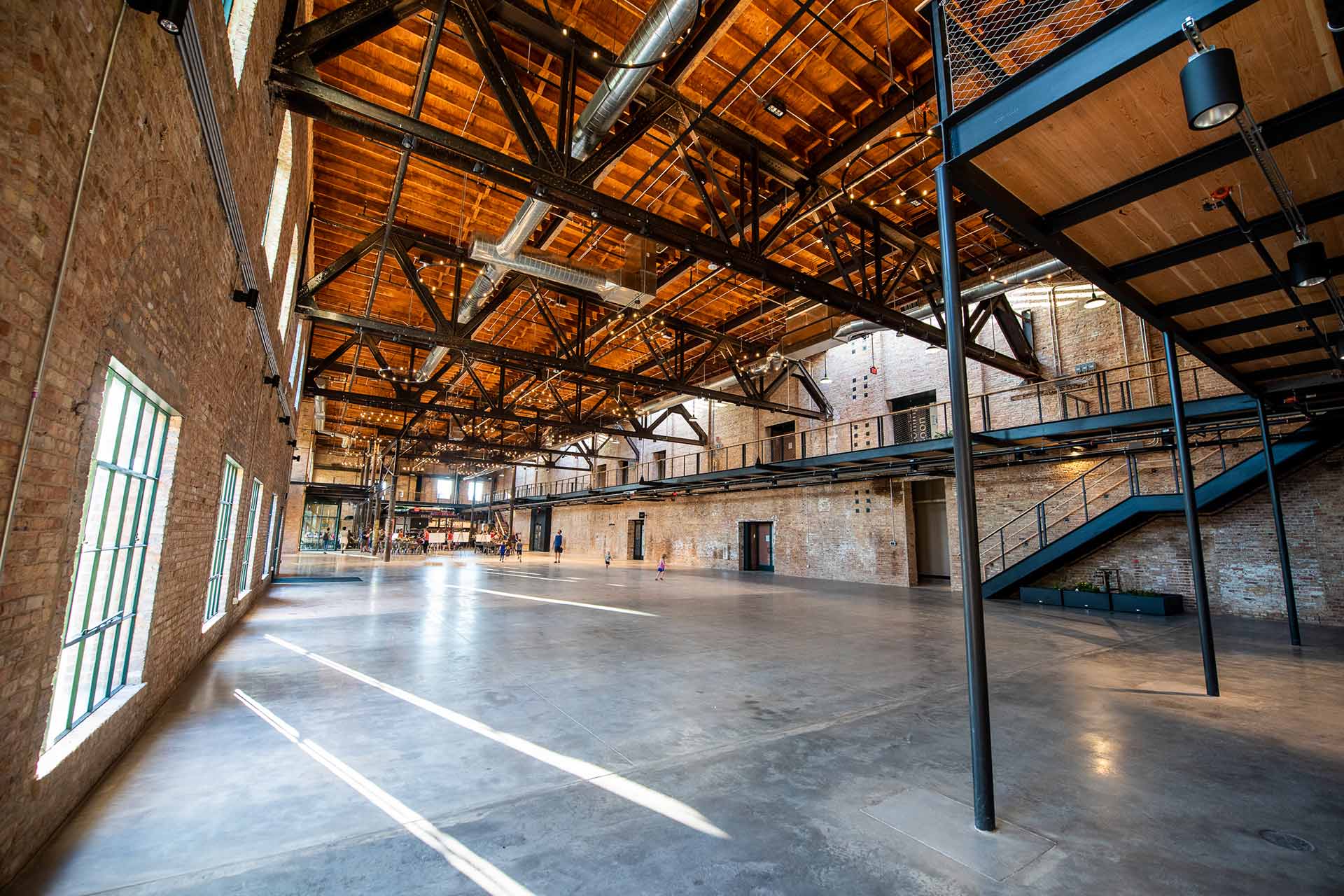 After a long and costly renovation process, the Garver Feed Mill is open to the public. It sat vacant and abandoned for two decades as the structure deteriorated, became a favorite canvas for graffiti artists, and was gutted by fire.

Now, the 1906 building — which started life as a sugar factory before becoming the animal feed mill it’s named for — will be an east side hub of events, food businesses and wellness. It’s situated directly behind Olbrich Park along the creek, and eventually its grounds will include urban gardens, open green space, and trails that connect to the Capital City Bike Trail. 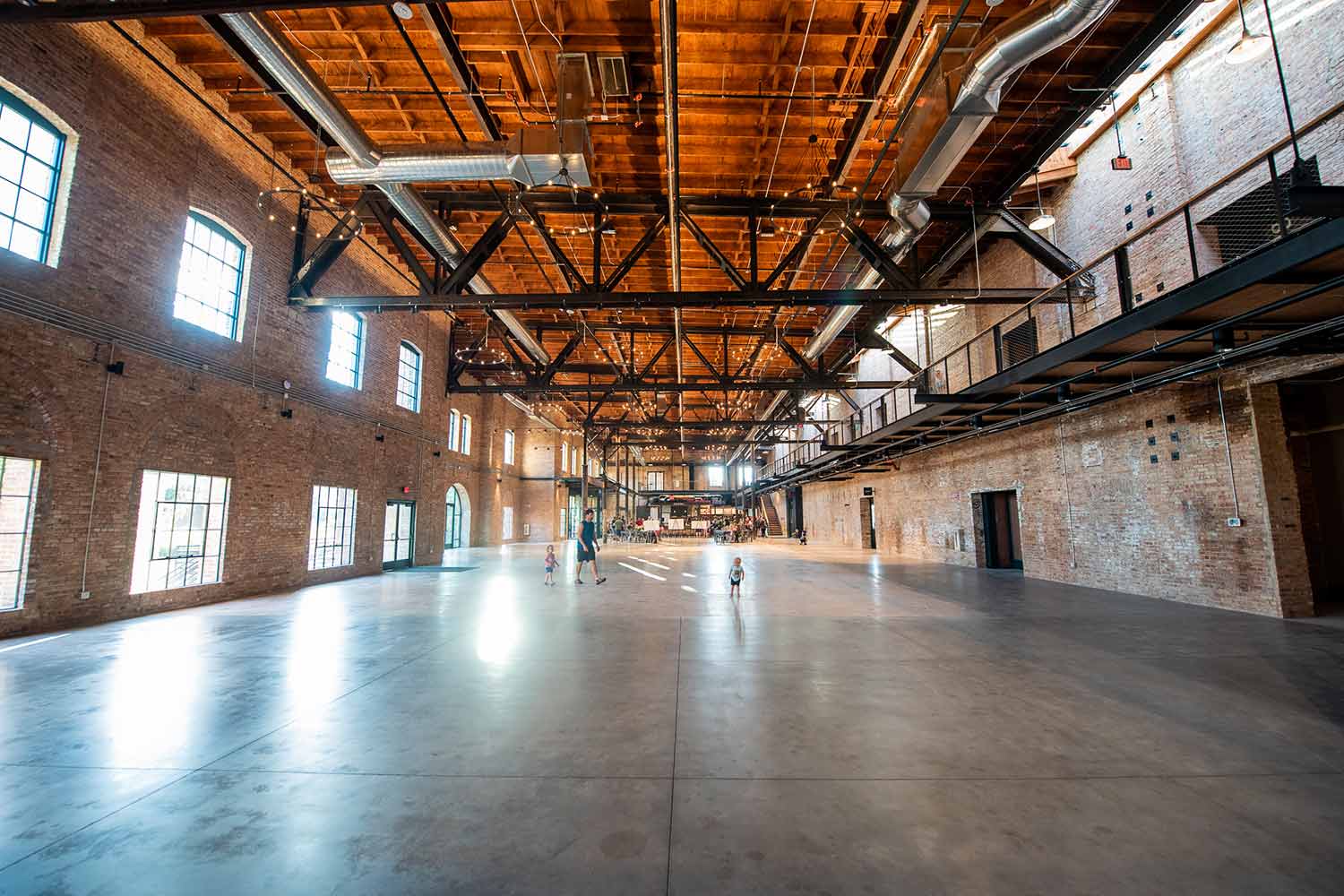 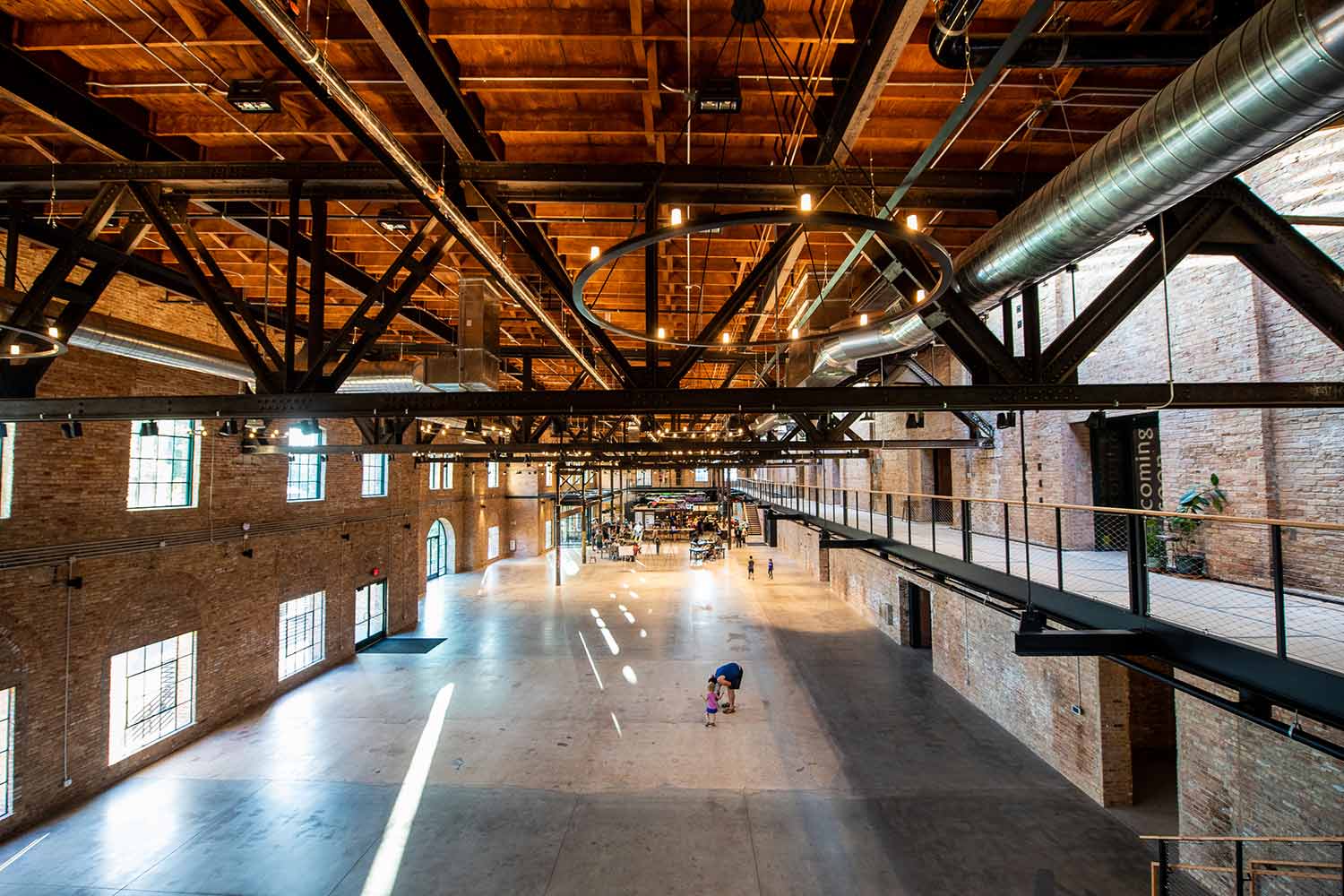 The building’s main atrium is a massive 13,500-square-foot blank canvas that can be rented out for everything from weddings to corporate events and is overlooked by a mezzanine. When its outdoor patios are taken into account, Garver can accommodate up to 800 guests, according to the Wisconsin State Journal.

For now, three retail businesses are operating: NessAlla Kombucha, Ian’s Pizza and Calliope Ice Cream. NessAlla was the first tenant to move in and has been brewing at Garver since earlier this year. Their space is a production facility, but you can purchase their kombucha from Ian’s Pizza currently (and elsewhere within Garver in the future). 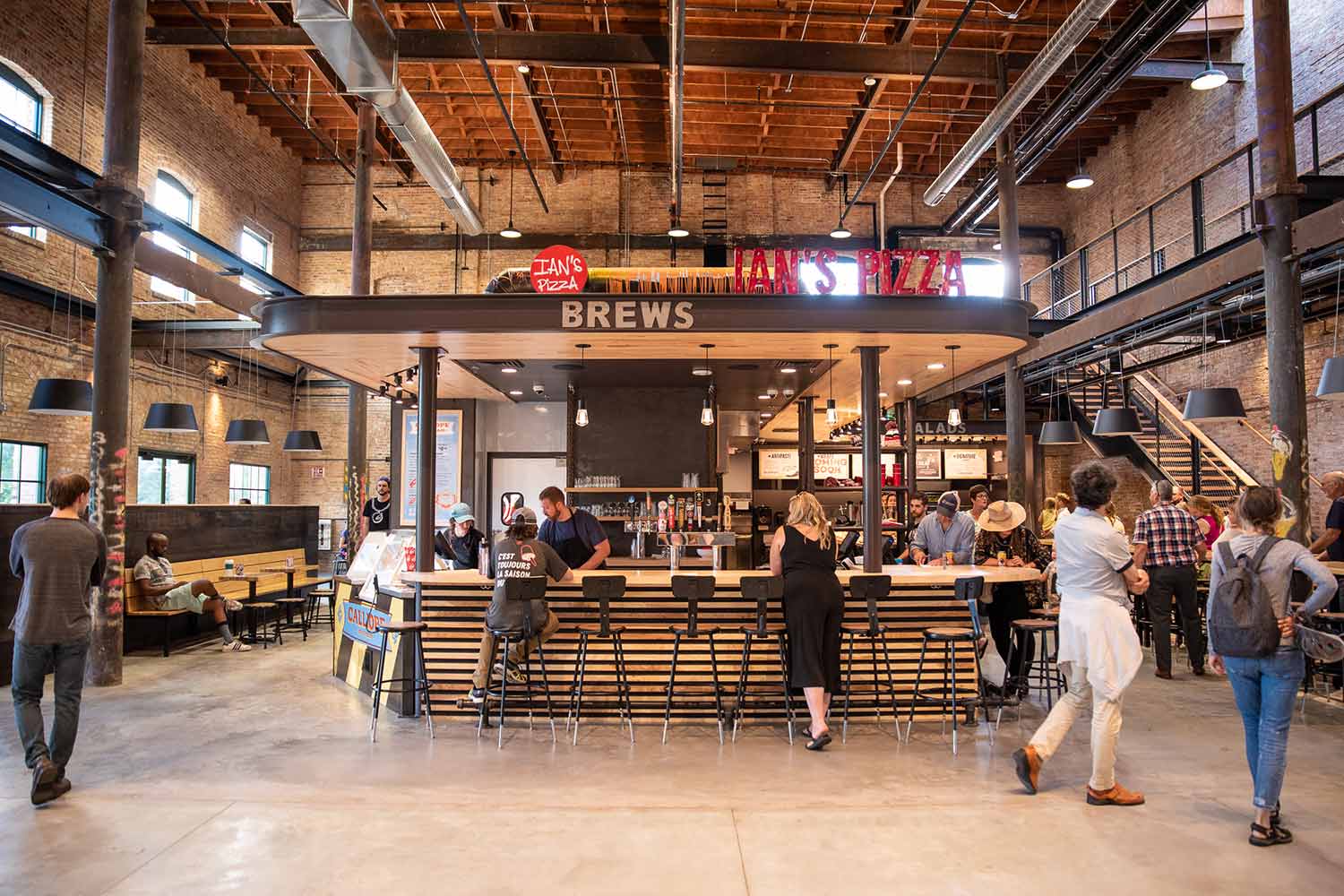 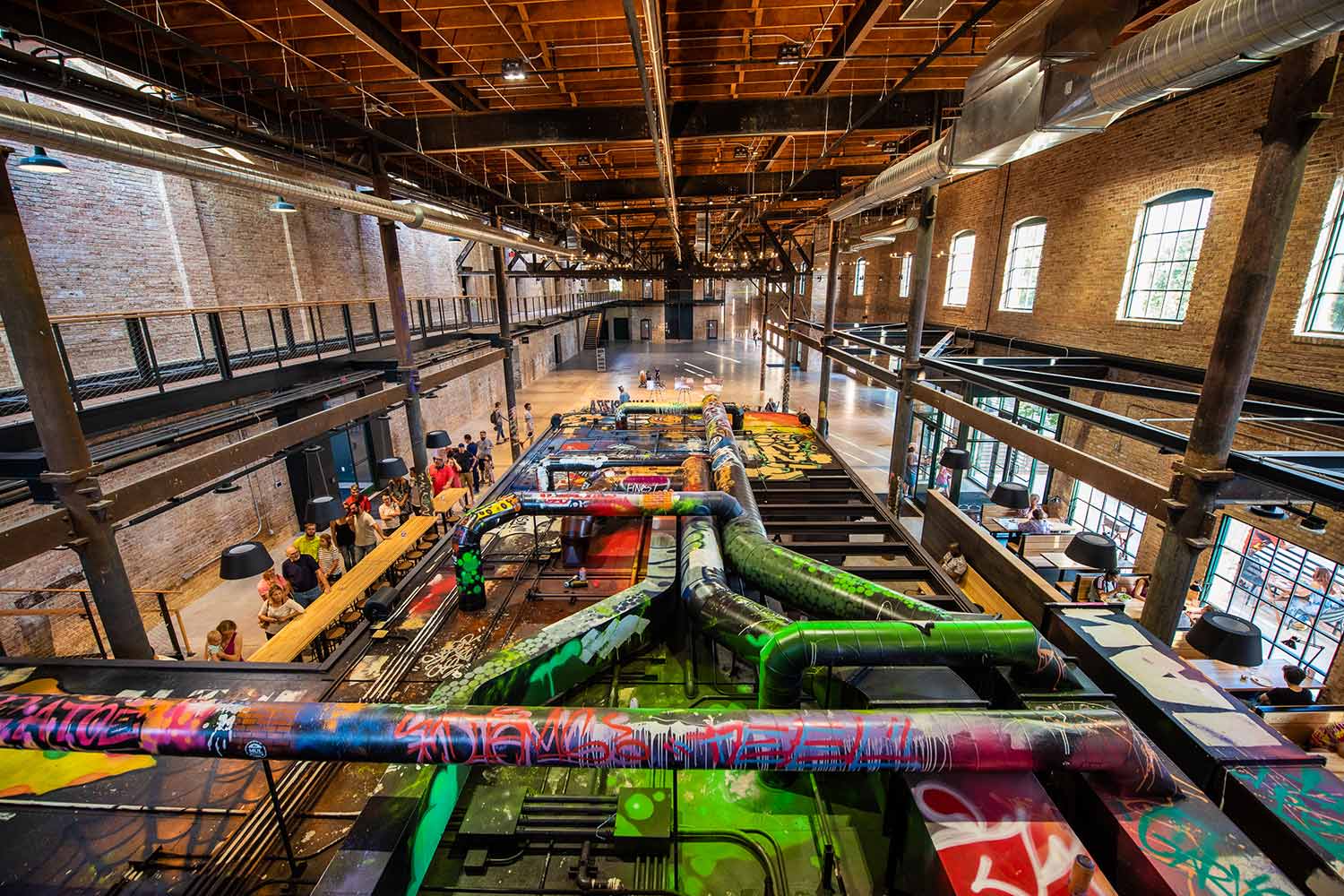 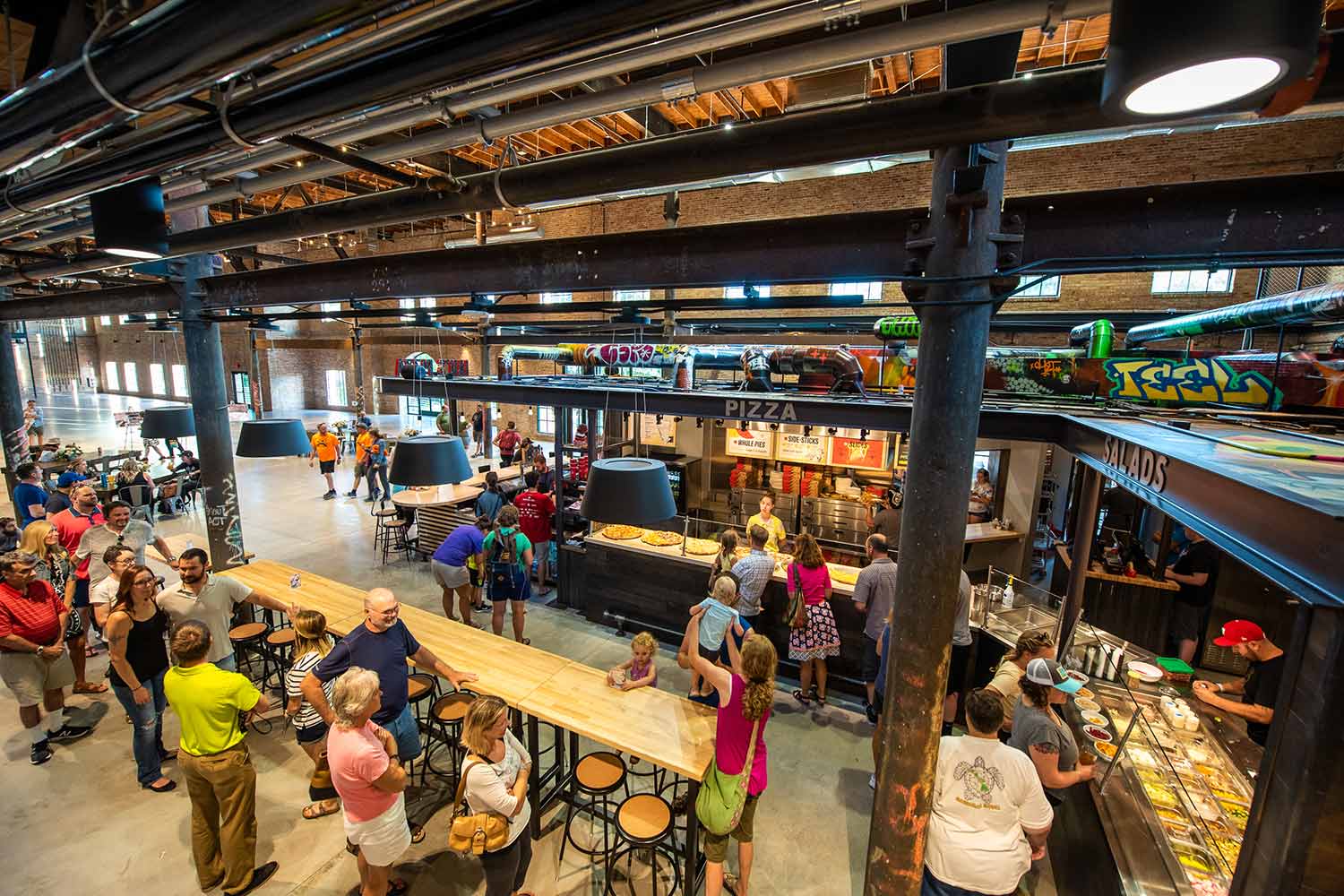 The third Ian’s Pizza location in Madison occupies an island space on one end of the atrium. The single story roof above it and protruding HVAC system equipment is covered in colorful graffiti-style murals, giving a similar vibe to its other locations as well as a nod to the building’s previous state. It sells all the familiar favorites, from mac and cheese slices to Wisco salads and puppy chow. Additionally, the Garver spot will now be handling all of the pizzeria’s catering orders, according to a press release. 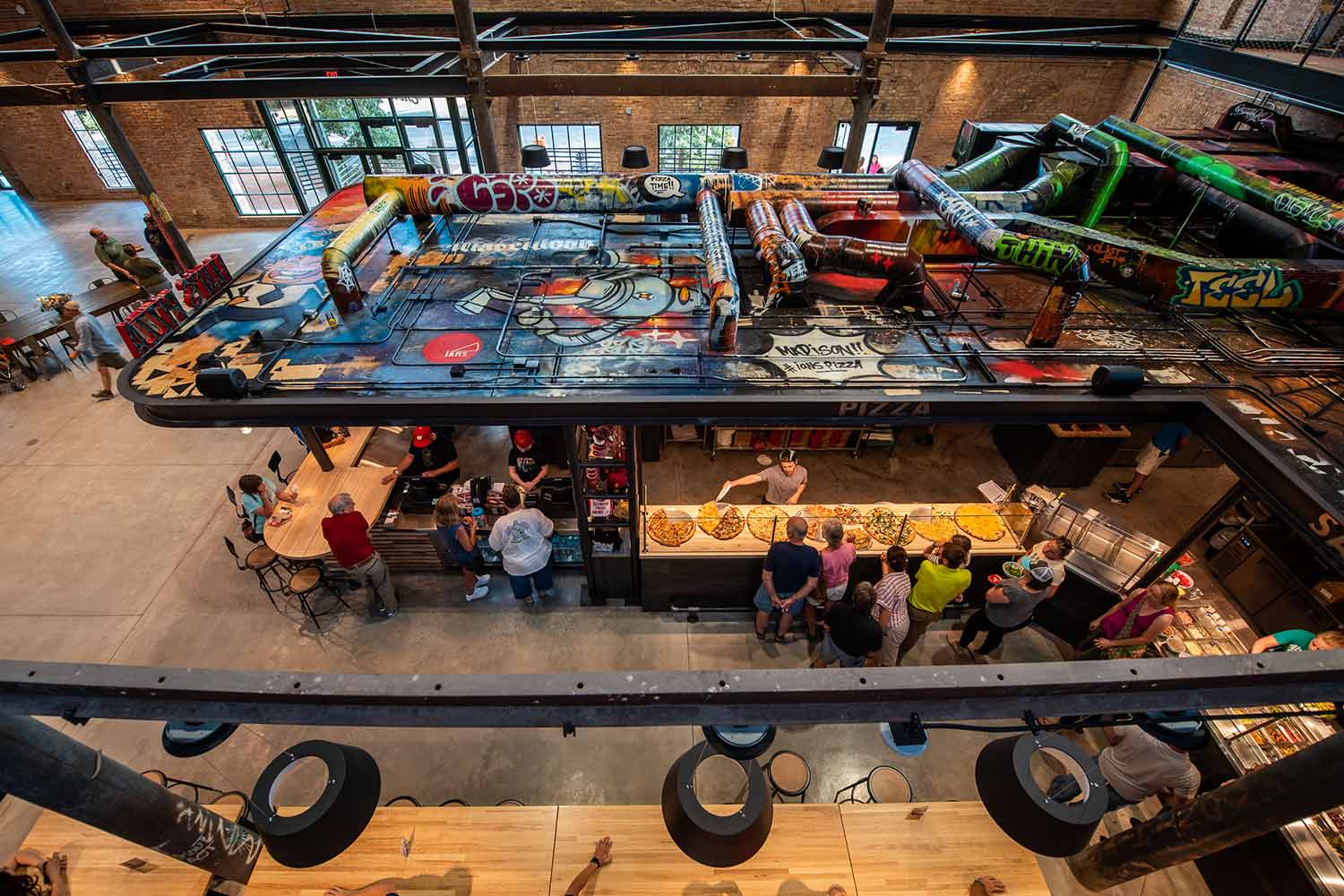 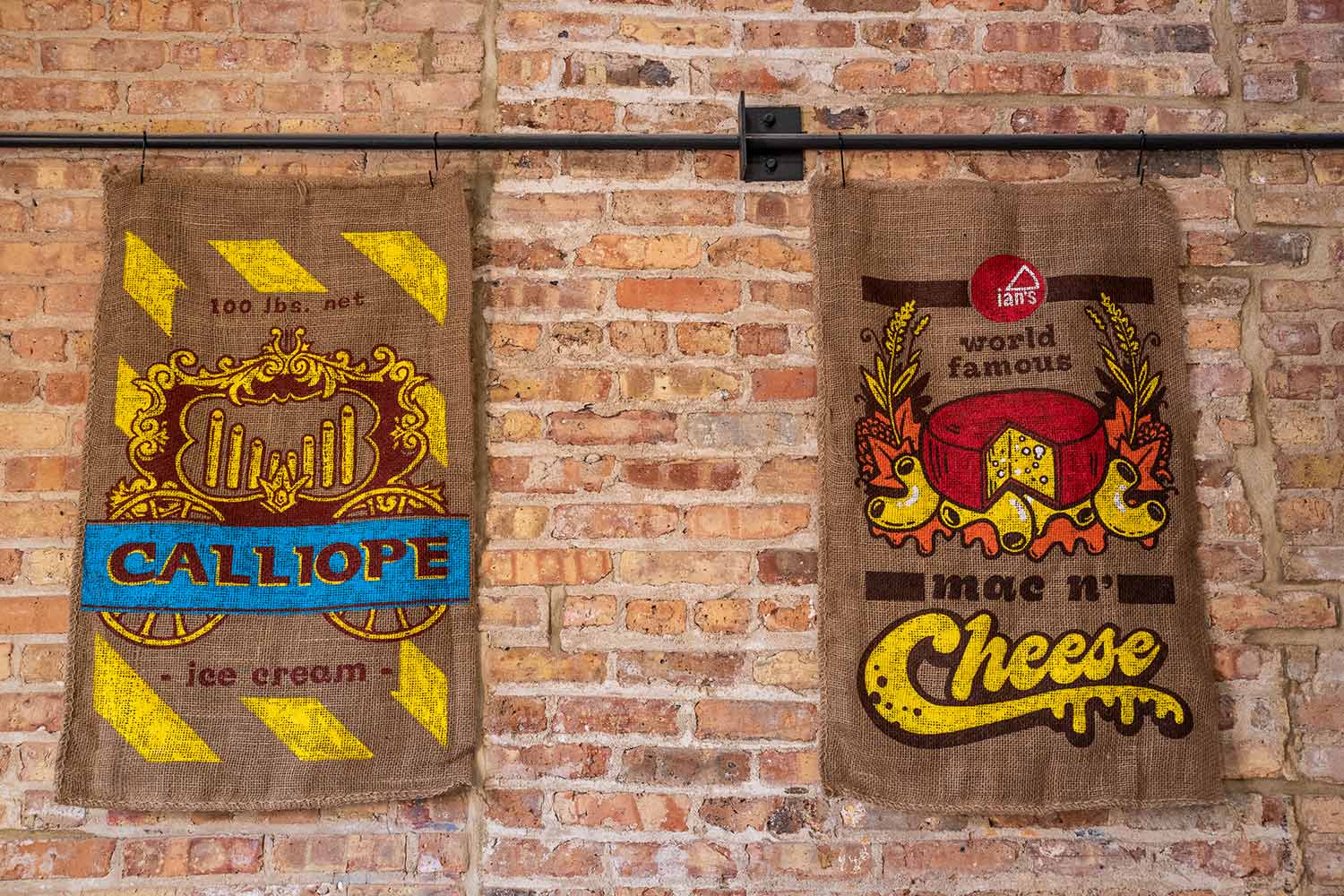 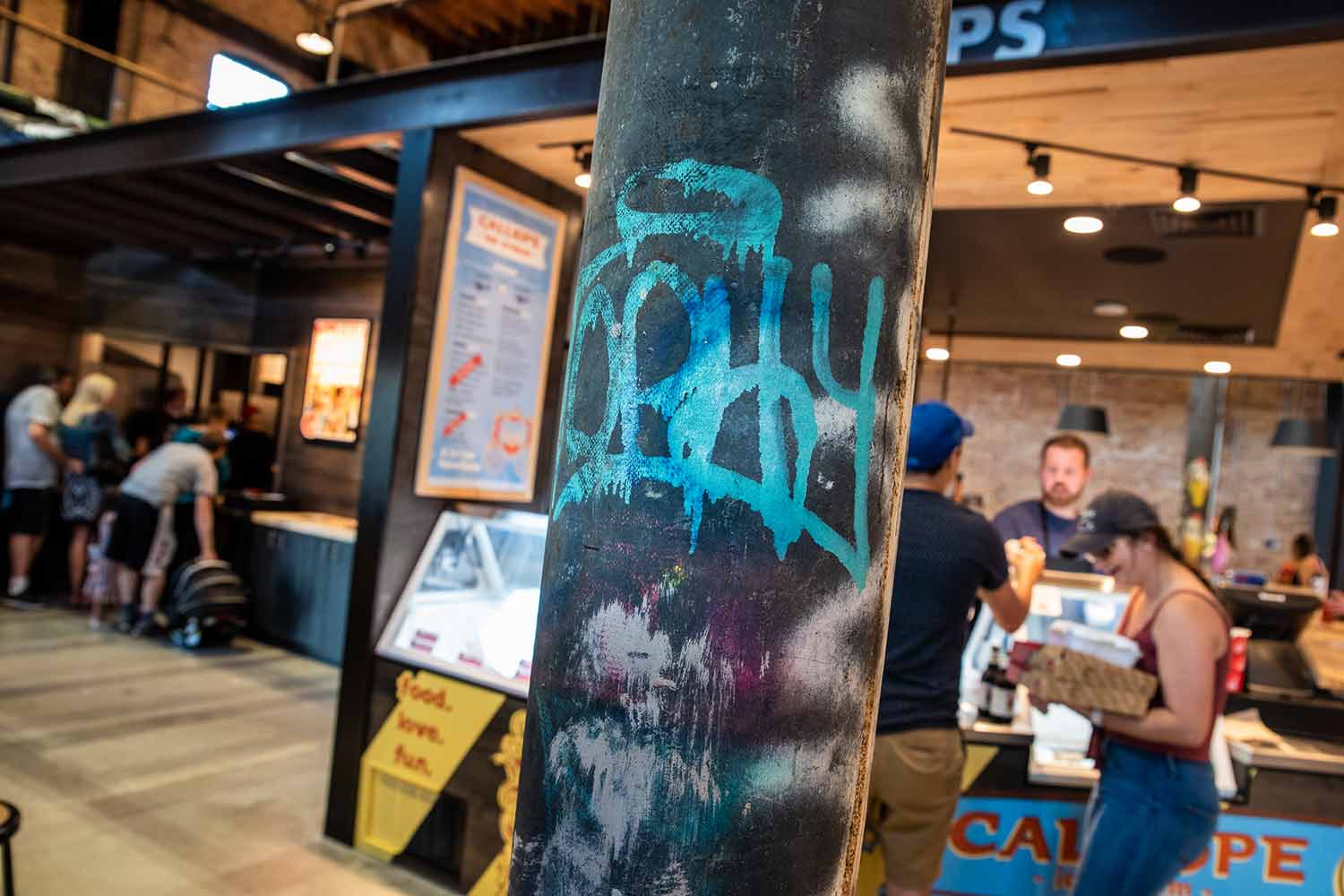 Calliope Ice Cream, owned by an employee of Ian’s, also resides in the Ian’s space. Fresh ice cream will be made on site and sold from freezers that hold 16 flavors, rotated weekly. 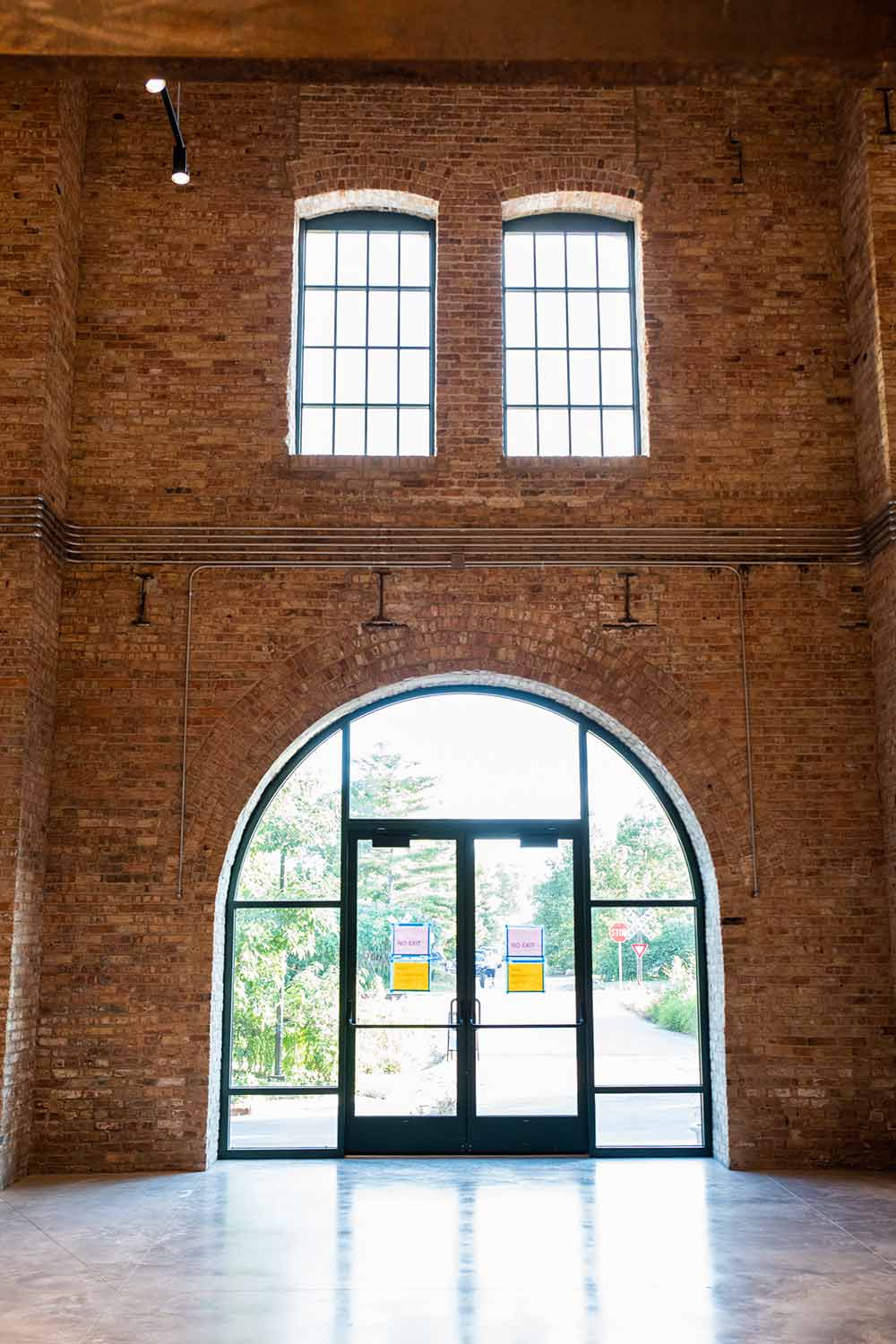 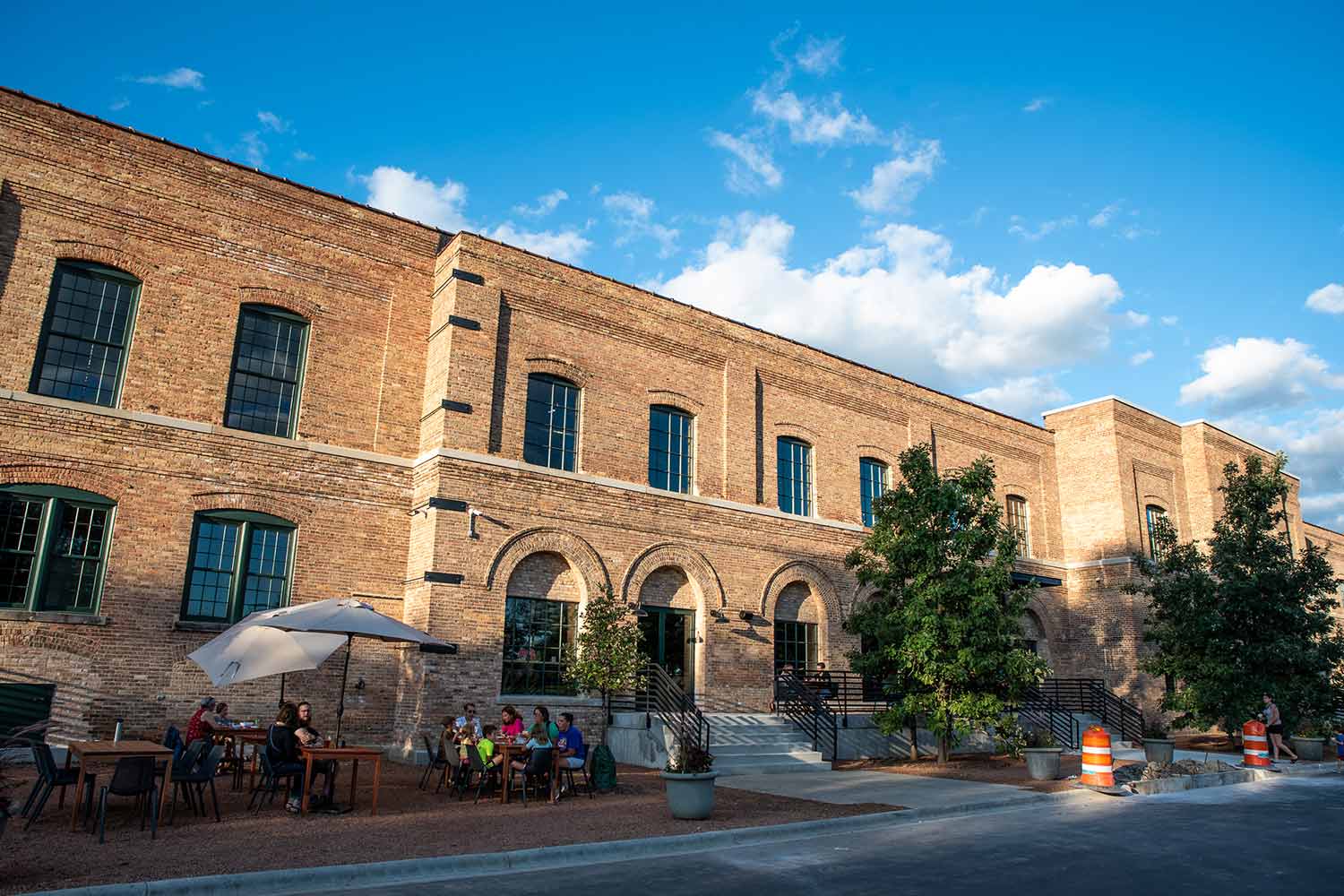 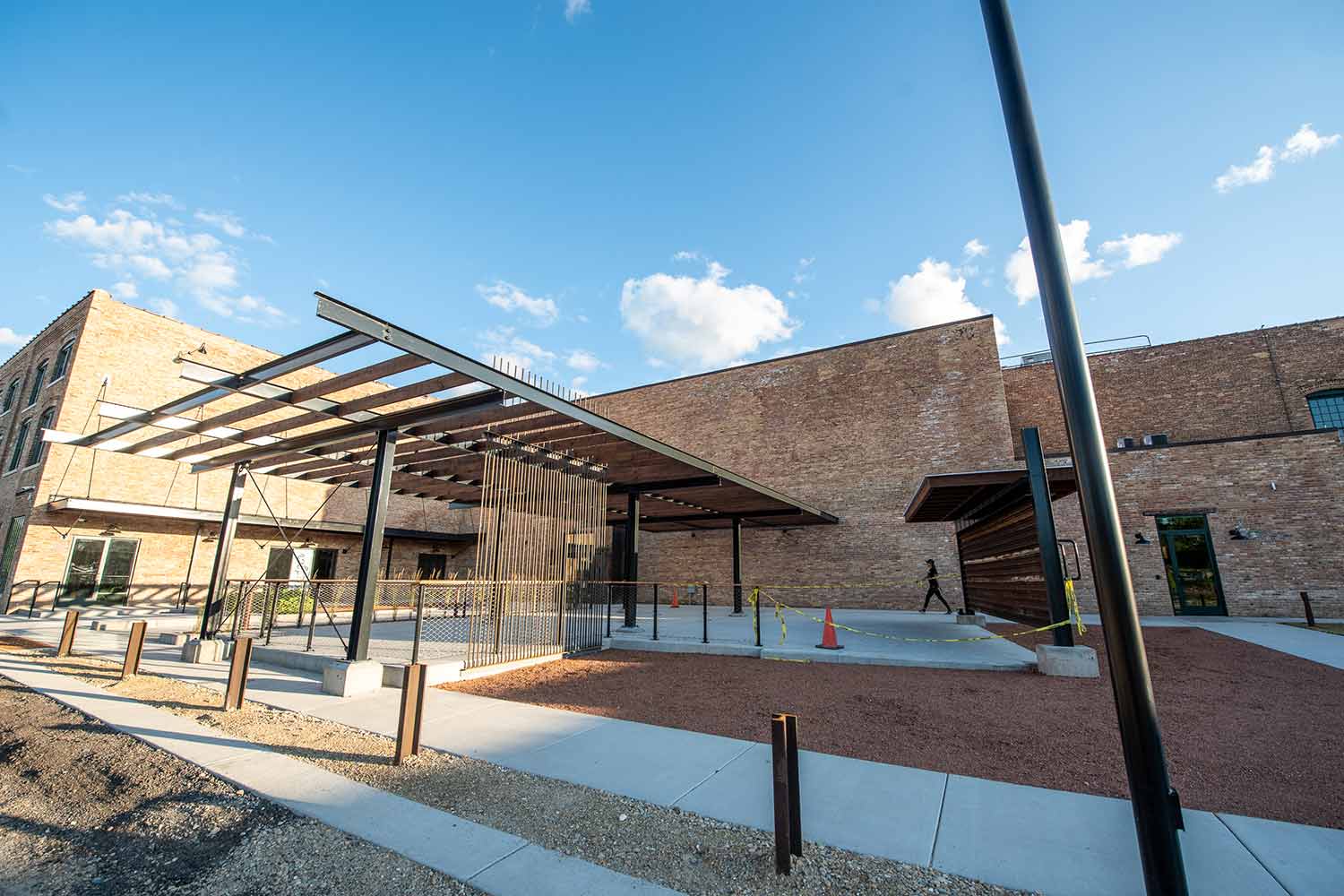 And last but not least, Underground Butcher will also be moving their catering operations into Garver and running the event center. According to Jonny Hunter, co-founder of the Underground Food Collective, they’re still waiting for licensing but plan to have the catering operations up in September. And come spring 2020, he’s planning to have food service and a bar up and running for the public, too. 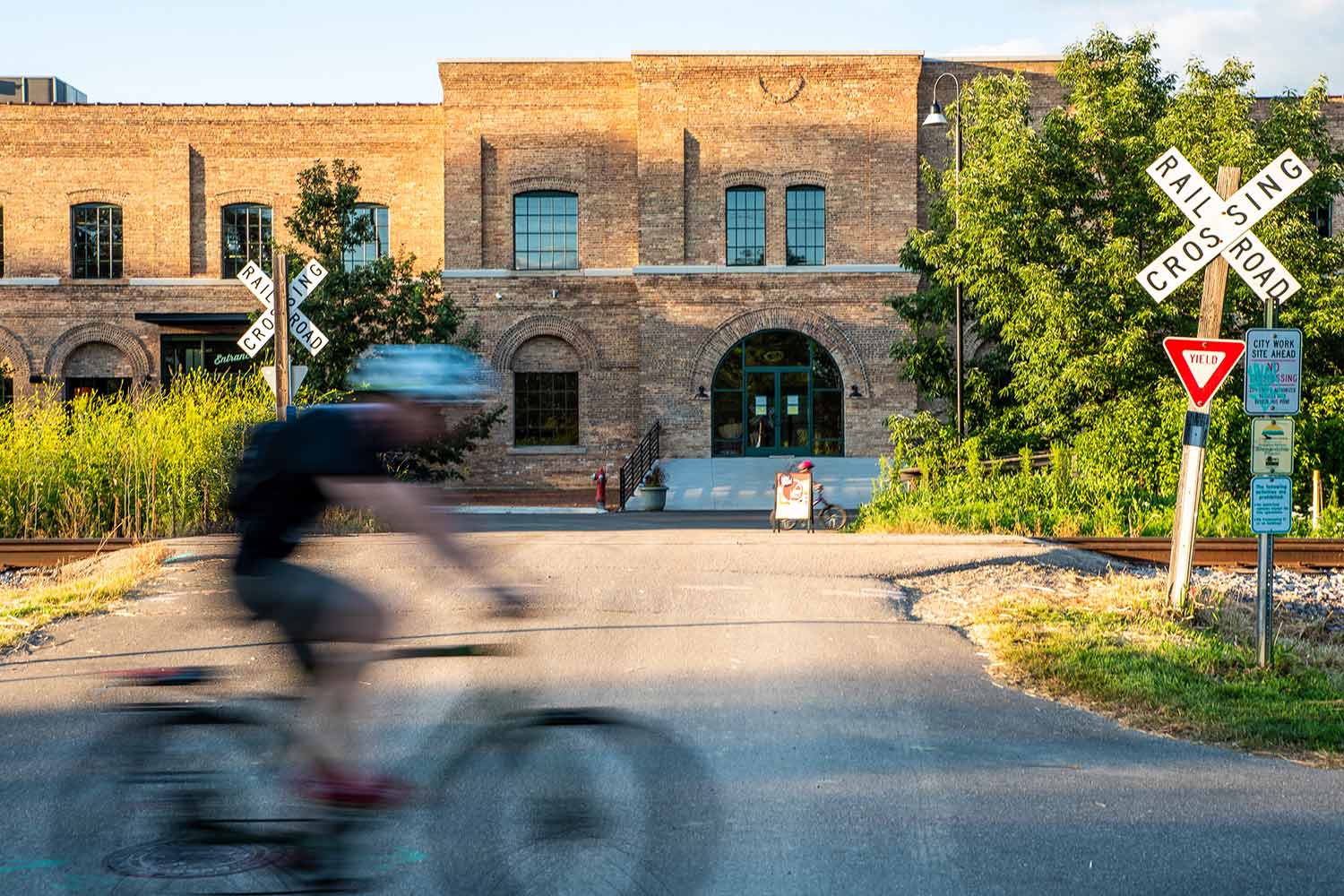 Besides eating, wellness and events, staying on the property might also be a possibility. Original plans from developer Baum Revision calls for “about 50 small, free-standing hotel rooms on five acres” — but there is currently no timeline for those to be completed, so don’t get your hopes up yet.
Briar Loft, Calliope Ice Cream, Culture, Food + Drink, Garver Feed Mill, Ian's Pizza, Kosa, Ledger Coffee, Perennial Yoga, Schenk-Atwood, Starkweather-Yahara, Surya Cafe, Underground Butcher