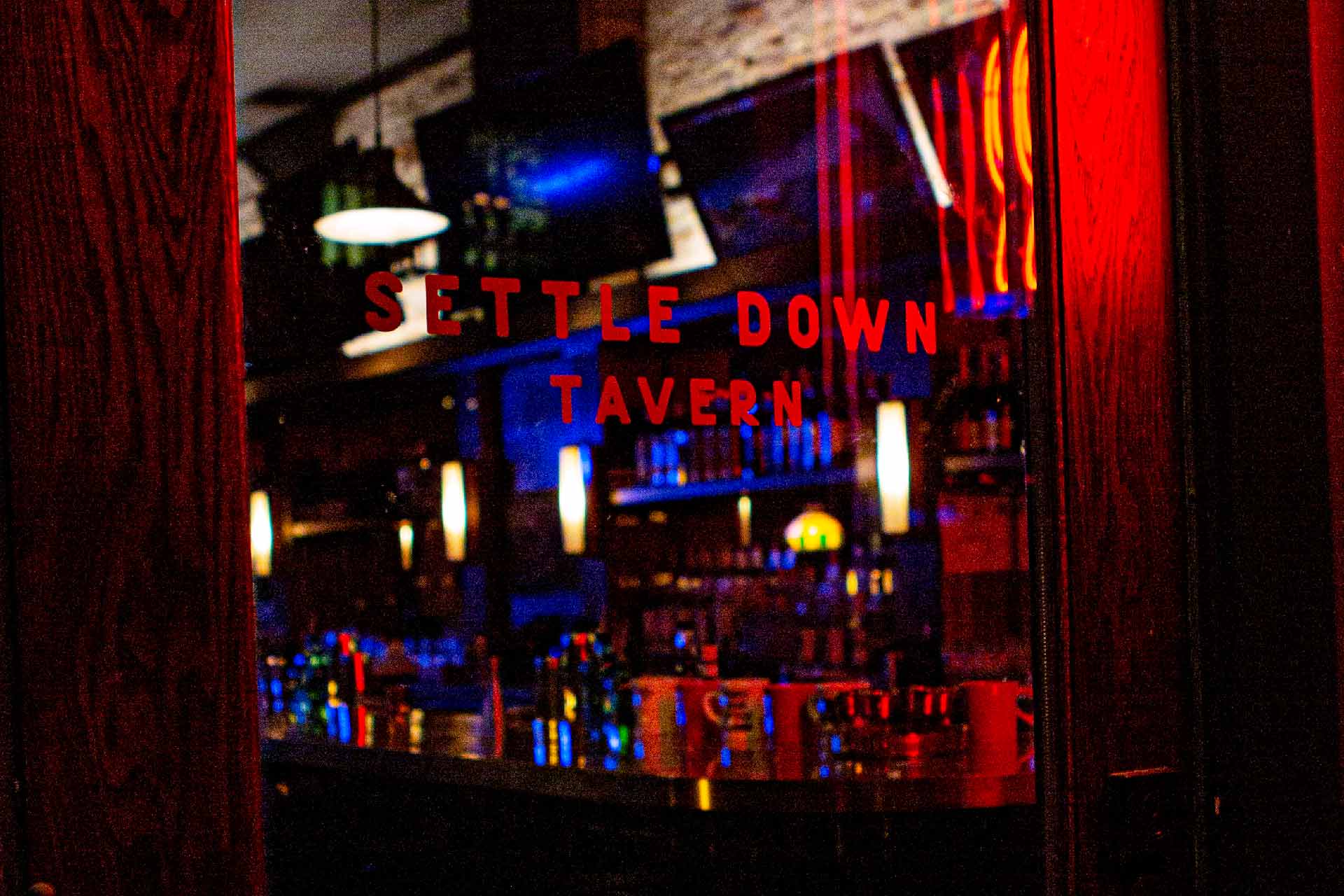 From its conception, Settle Down Tavern sought to emulate the feel of a classic Wisconsin bar.

Given the histories of owners Brian Bartels, Ryan Huber and Sam Parker, it wouldn’t seem to be a difficult task. The three men have spent much of their adult lives around bars in the Badger State, having met while working at the Great Dane in the 1990s. In the years since they’ve all found success on their own. Huber and Parker are partners in Context, the boutique clothing store on King Street, and have also had their hands in several eateries around town. Bartels relocated to New York, operated a successful restaurant group, and published a book about bloody marys. Now, the three have set their sights on a neighborhood hangout in the city where their friendship began.

“The idea is to make a place where everybody feels comfortable,” Parker told the Wisconsin State Journal last fall.

From its small, cozy spacing (the South Pinckney Street spot recently housed a barbershop) to decor that includes youth sports photos of the three owners, they’ve gone out of their way to make Settle Down feel like home. But the best judges of their approximation might be the women who gave them their ideas of home: their moms!

Despite not meeting until adulthood, Lynn Bartels — Brian’s mom — describes the trio as being “like brothers.” And she thinks the strength of that bond is what drives Settle Down Tavern.

“It’s amazing they could be apart from one another and still have this dream tucked away,” Lynn says. “You know, who better would I want to do it with back home than my good buds?” 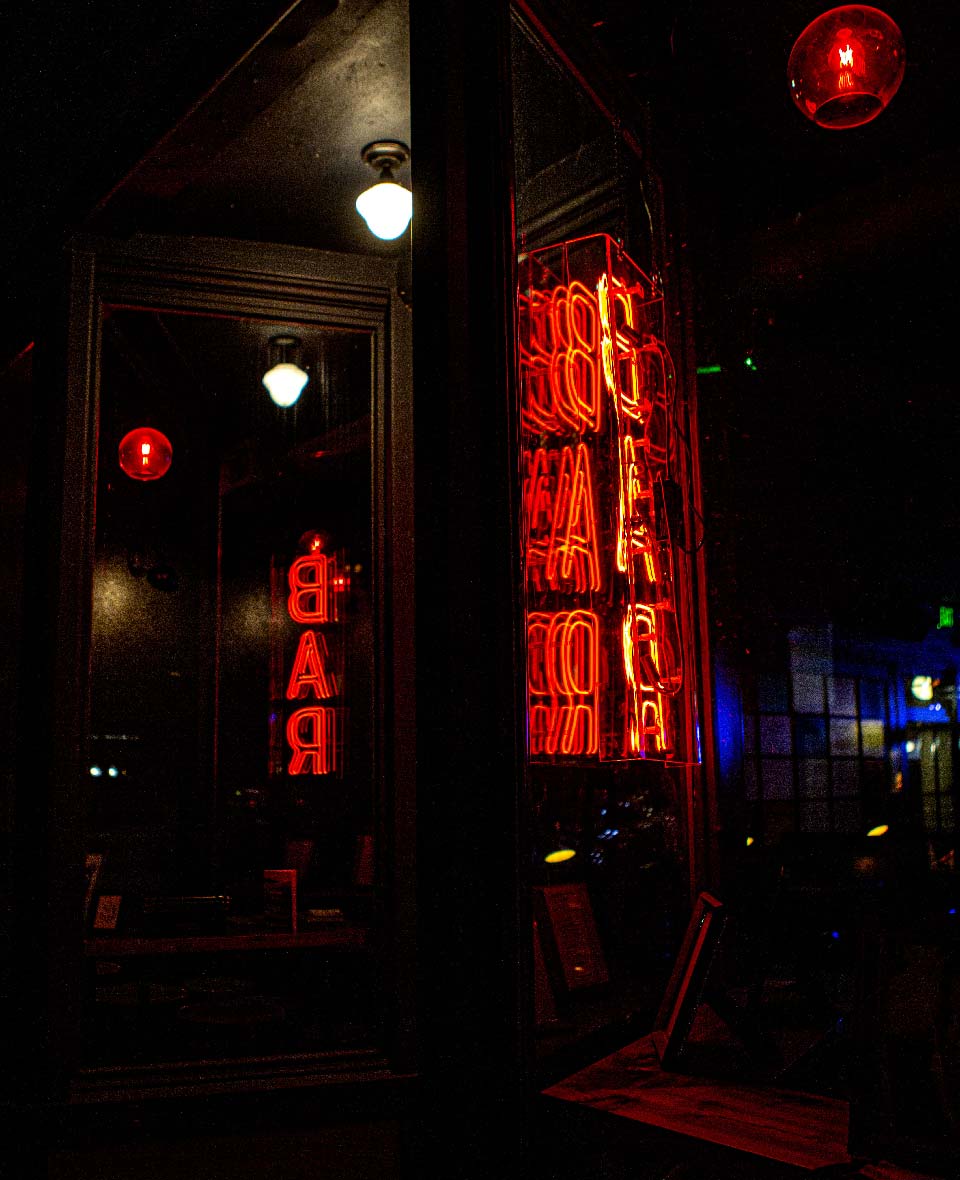 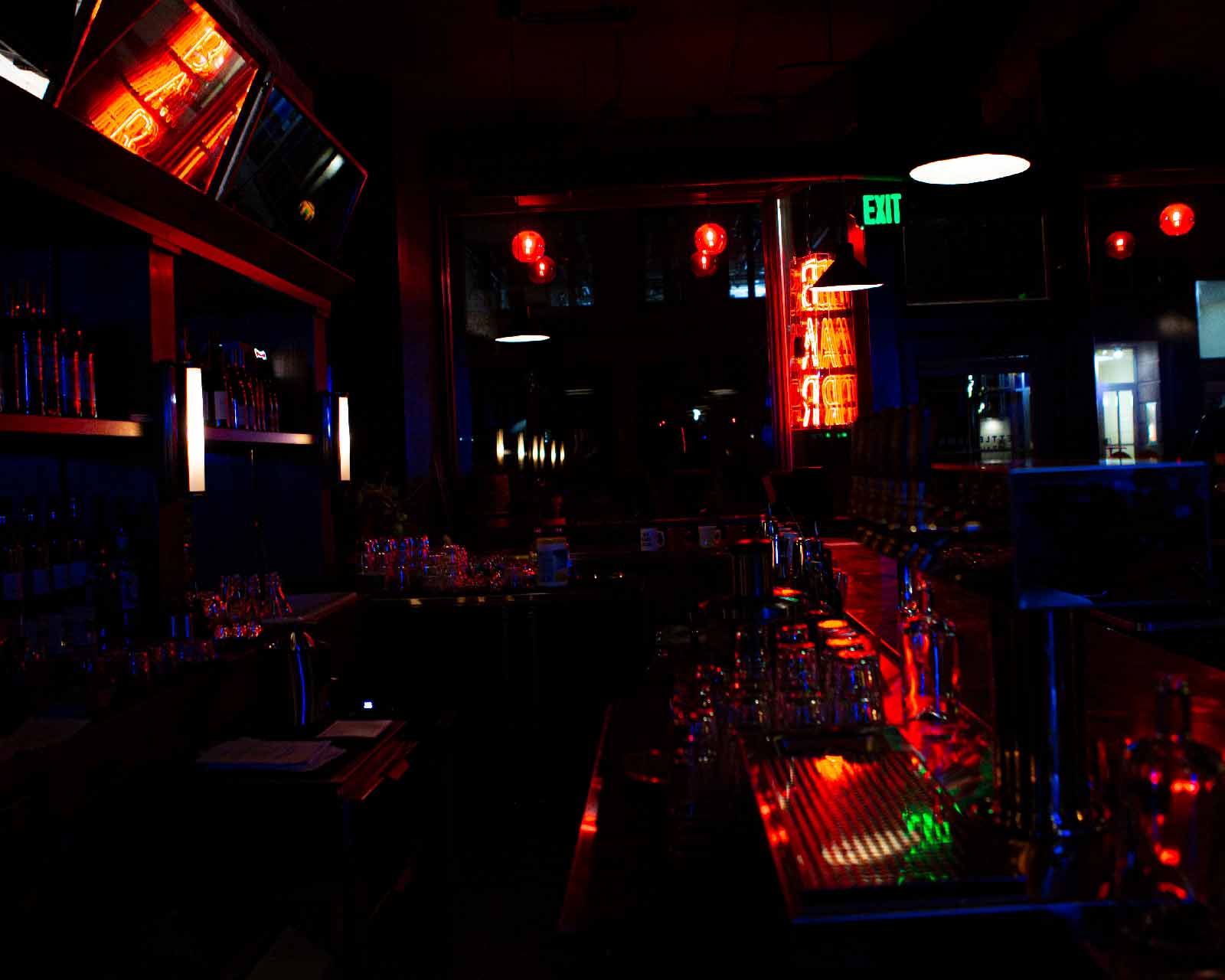 It also probably helped them keep moving during the pandemic, which is understandably a major stressor for all three mothers. Settle Down’s original mid-December opening was pushed back, and the onslaught of COVID-19 delayed it further. After it finally opened in late May, I heard praise from enough people whose opinions I respect to say that Settle Down is an essential visit for any Madisonian with an appetite.

Early reports said the food was great. Really great, in fact. And indeed, Settle Down Tavern has a creatively curated menu, thanks in no small part to head chef and local food fixture Joslyn Mink. (“We gave her a template to work off of,” Brian Bartels recently told Madison Magazine, “but she brought really amazing ingredients and approaches to the culinary program.”) 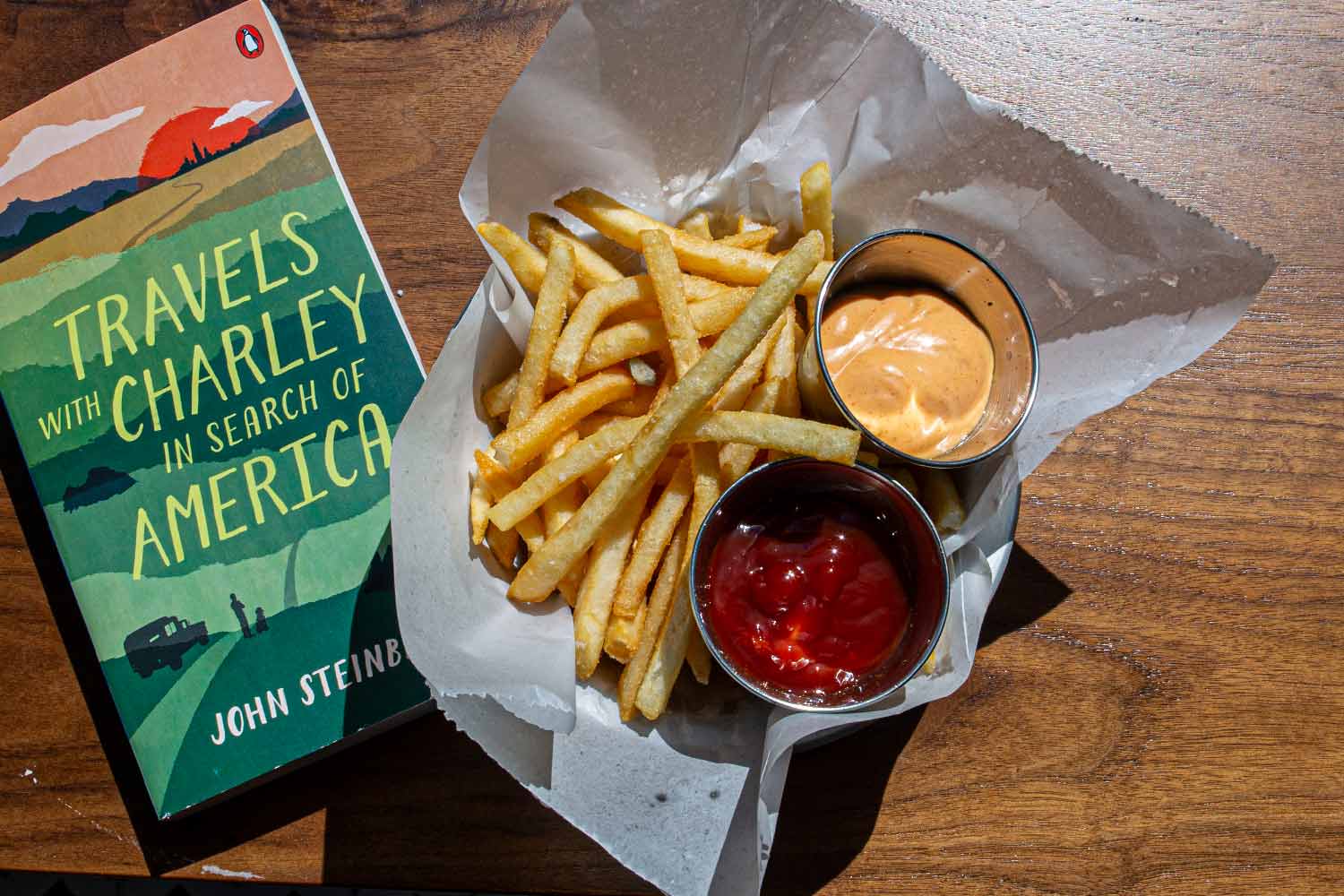 When I spoke by phone with Pat Parker — Sam’s mom — it was just a few hours before Pat headed off to try Settle Down’s inaugural fish fry night on July 3. If there’s one true litmus test for a bar in Wisconsin, it’s the fish fry. “It’s so Wisconsin,” she says. “So many little country bars do fish fry. Some of them don’t do any other food, but they do a fish fry.”

But Settle Down is a burger joint, through and through. Carnivores should make a beeline for Good Idea, the tavern’s signature double burger. It features house-made pickles, fried onions, butterkäse cheese and a secret sauce with origins that none of the moms would divulge. But the more intriguing option is Prit’ Near, a veggie burger nearly everyone I’ve spoken to about Settle Down Tavern has assured me is a damn-near life-changer.

“You just aren’t going to believe it until you try it,” Pat says. “I think it’s the pickles. (Mink) has pickled some onions, and I think it’s marvelous. I can’t praise that enough… and I’m not a vegetarian!” 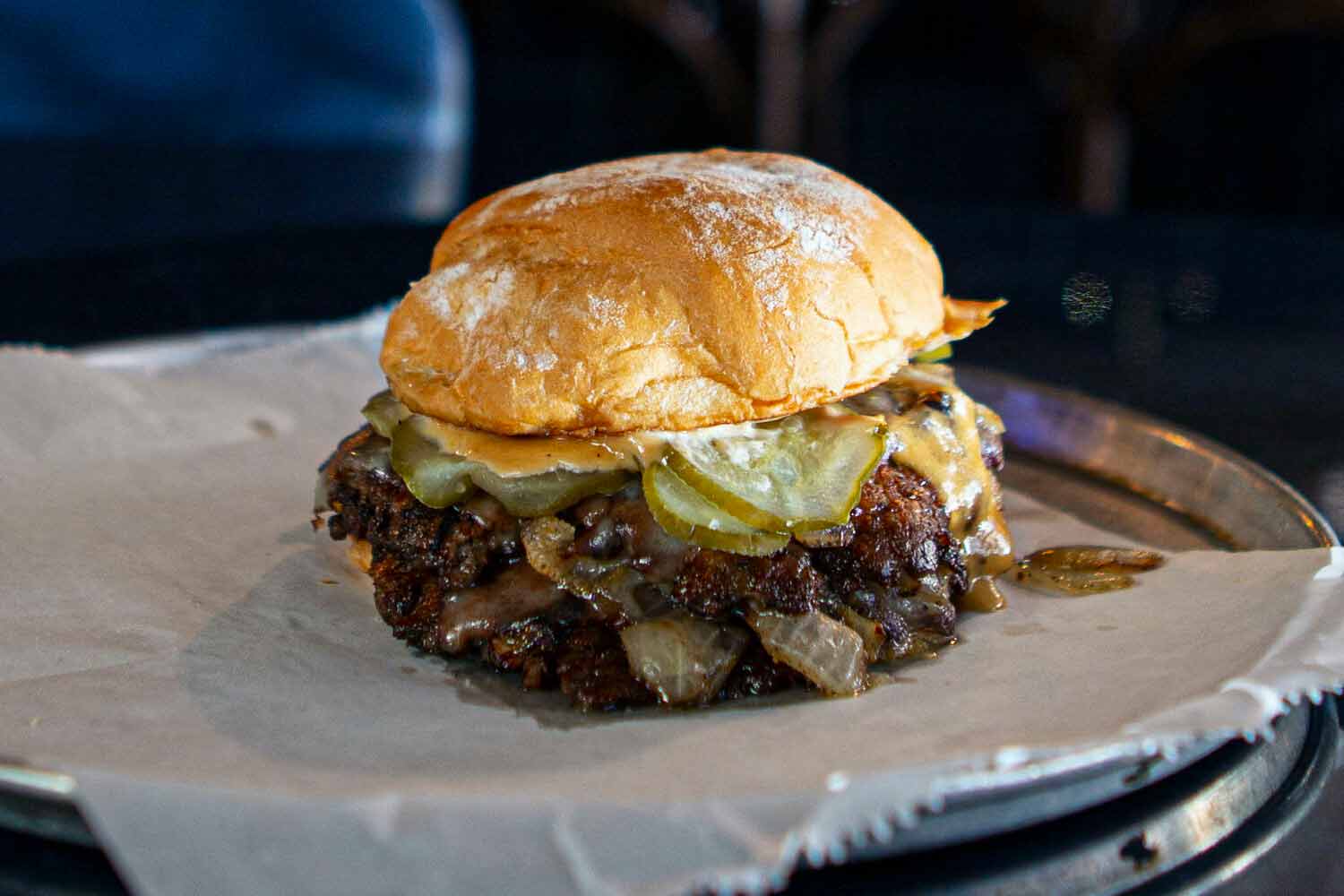 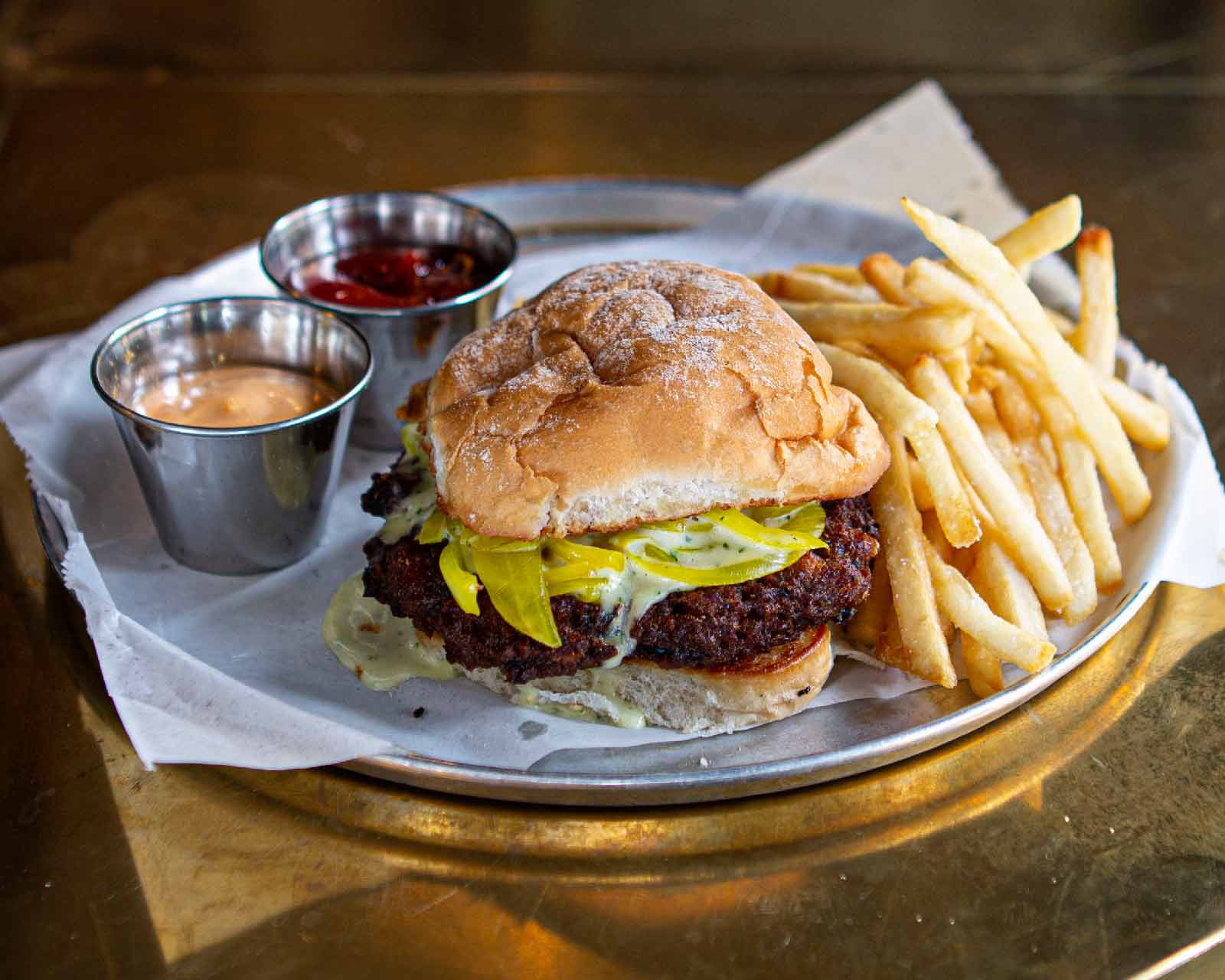 Joan Huber — Ryan’s mom — describes her son and his partners as being a sort of Avengers-like super team when it comes to business.

“Those three guys are an amazing team,” she says. “They’ve worked together before, and each one of them is just the best.” The sense of joy Joan has when talking about visiting them during their time at the Dane is palpable. Once the coronavirus pandemic subsides, the Kenosha resident is looking forward to organizing a trip so her friends can check out her son’s new place too. 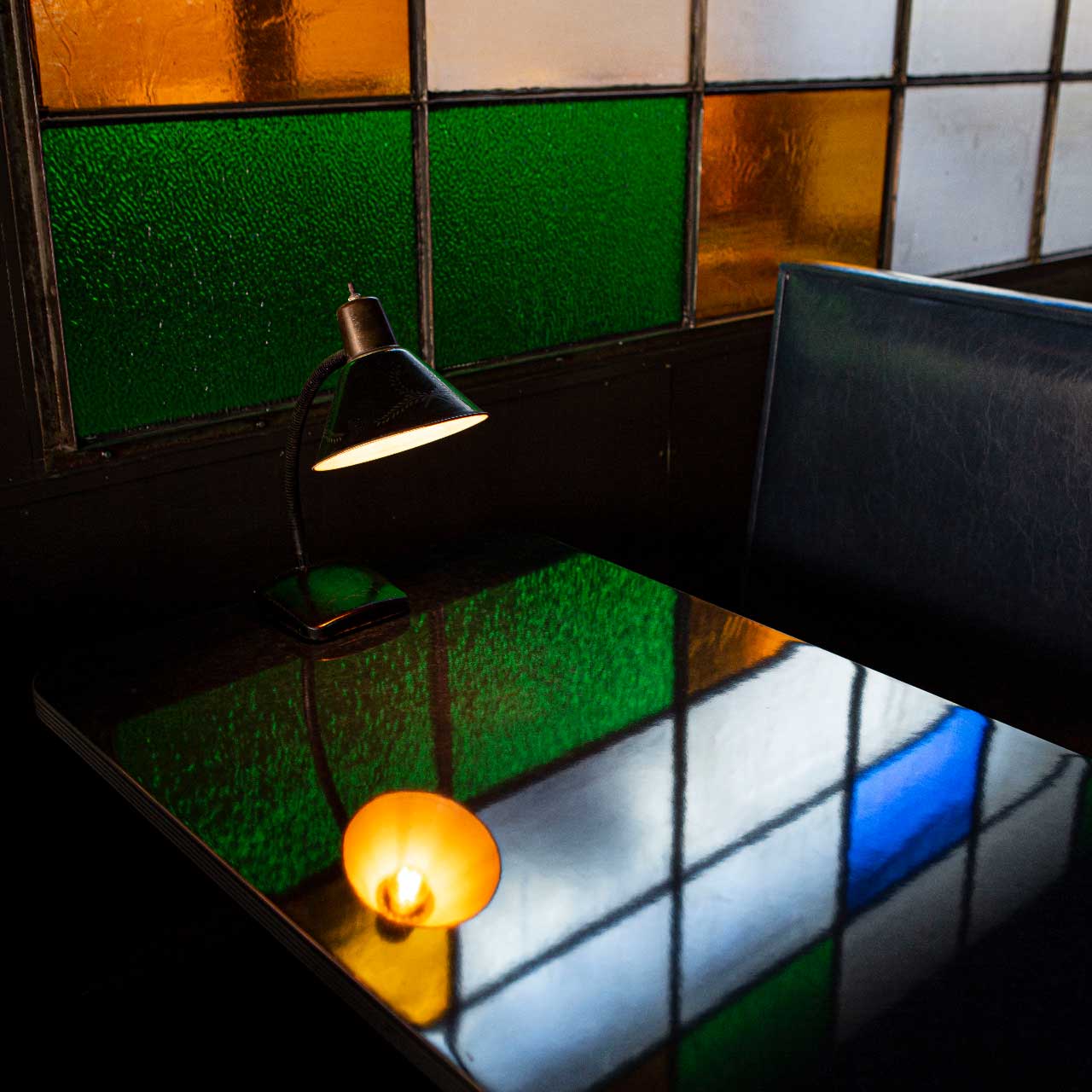 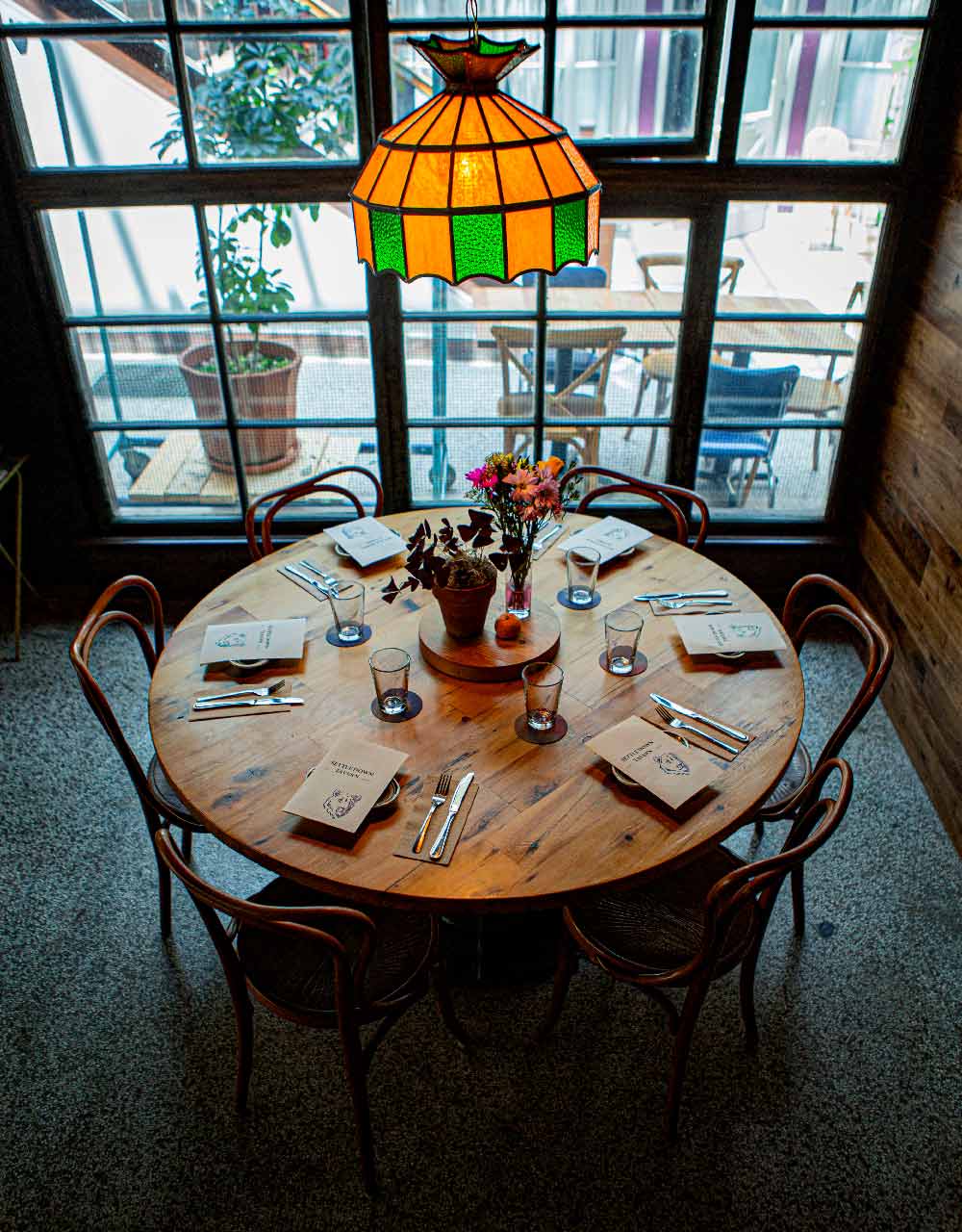 Joan’s infectious personality makes you want to like things as much as she does. And at Settle Down, you can do exactly that: Above a seat near the window — one Joan has already instructed Ryan to designate as hers — is a sign that reads “here’s to ya.”

“Whenever we’re having a Christmas dinner or whatever where we’re having a drink, that’s something I always say,” she says. “I didn’t even realize it, but he put that in the corner on a sign. I just thought that was pretty special.” 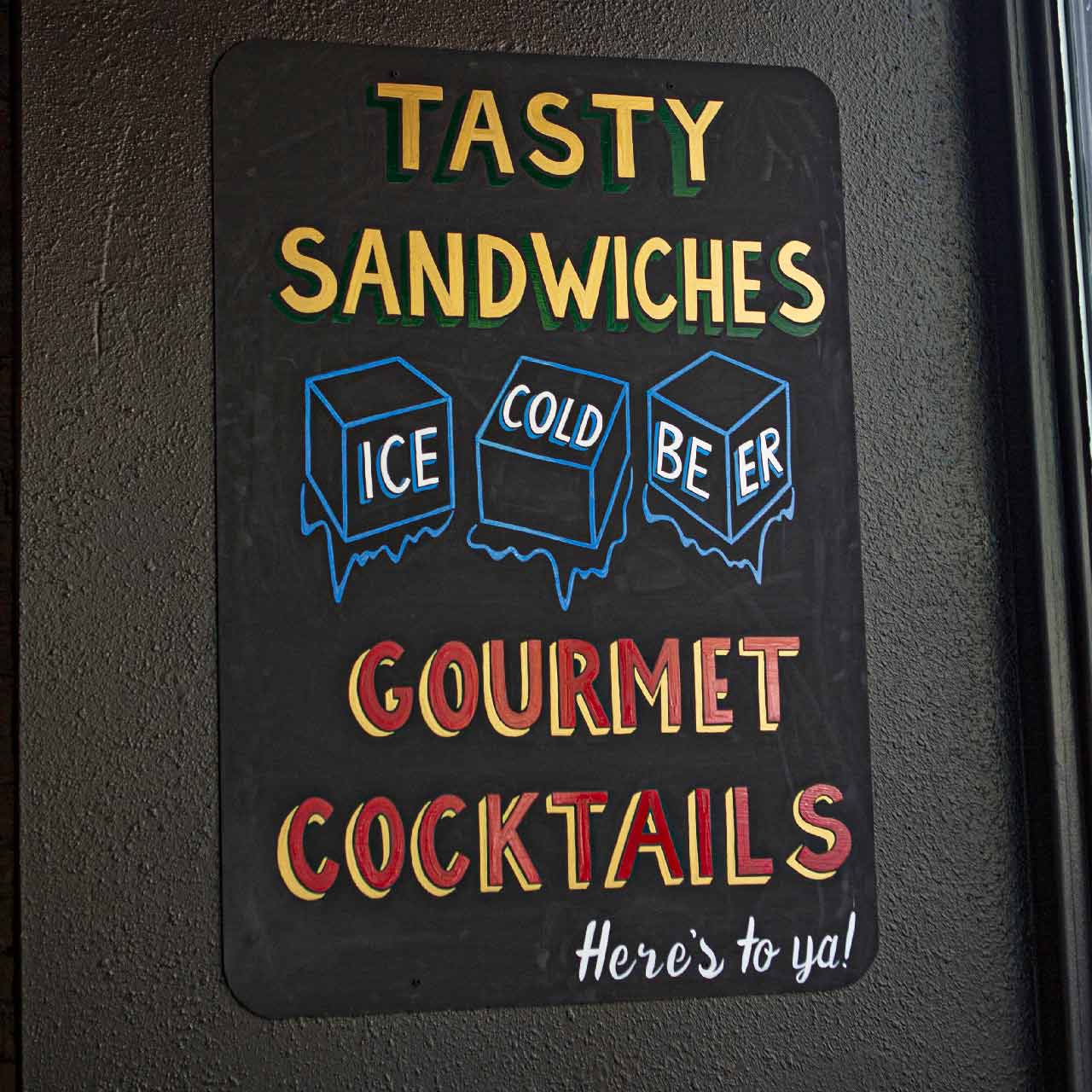 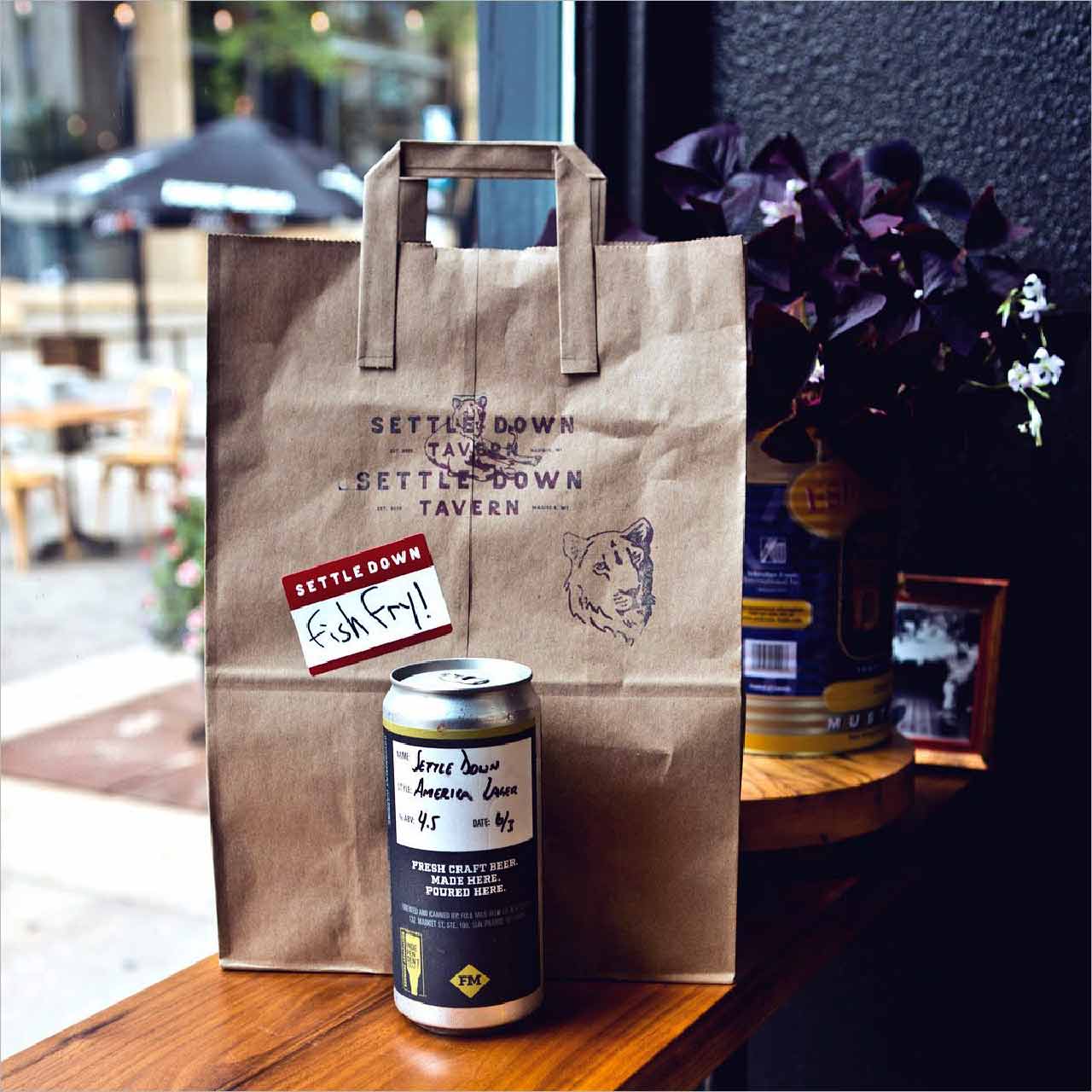 The space is an old storefront rebuilt into a modern take on your favorite neighborhood joint. Unfortunately the dining room has seen few patrons in its early days: The coronavirus pandemic prompted Brian, Ryan and Sam to pivot to an online ordering system with curbside pickup.

But thanks to the city’s “Streatery” program, Settle Down currently has outdoor seating, plus there’s masked, social-distanced dining in the atrium that connects Settle Down to businesses like Context and Ancora Coffee. (“The ability to serve people in the atrium is really nice because the tavern itself is so small,” Pat says.) 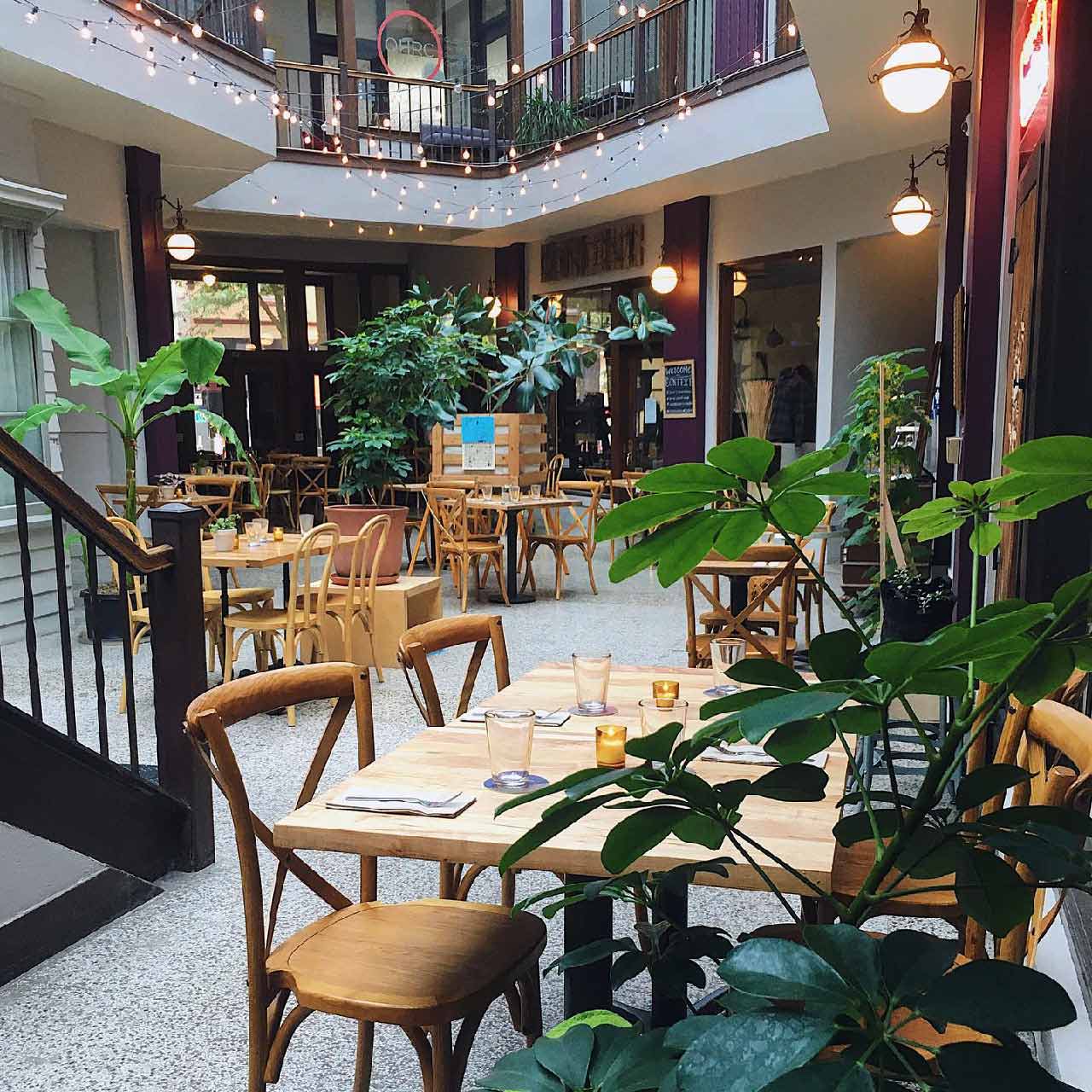 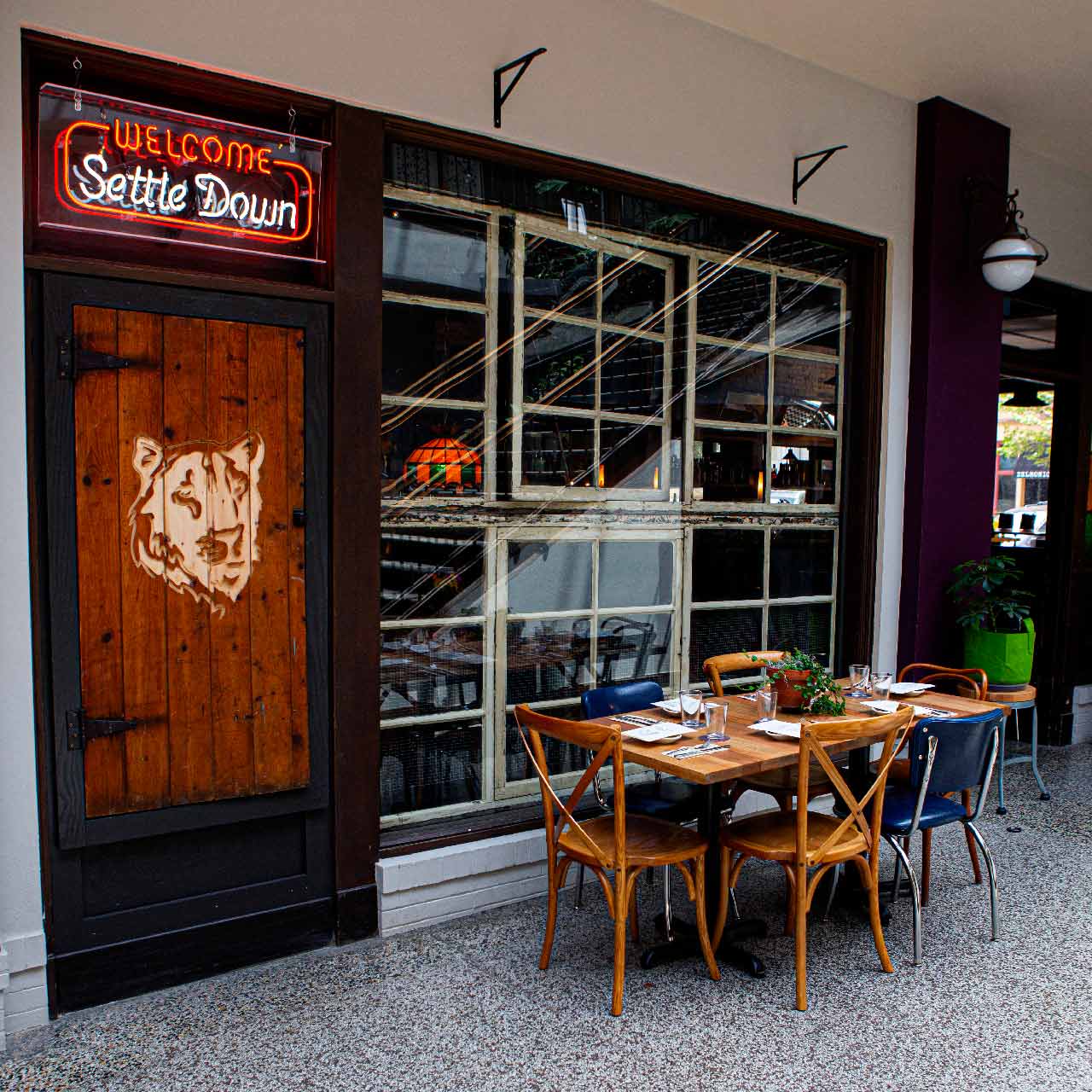 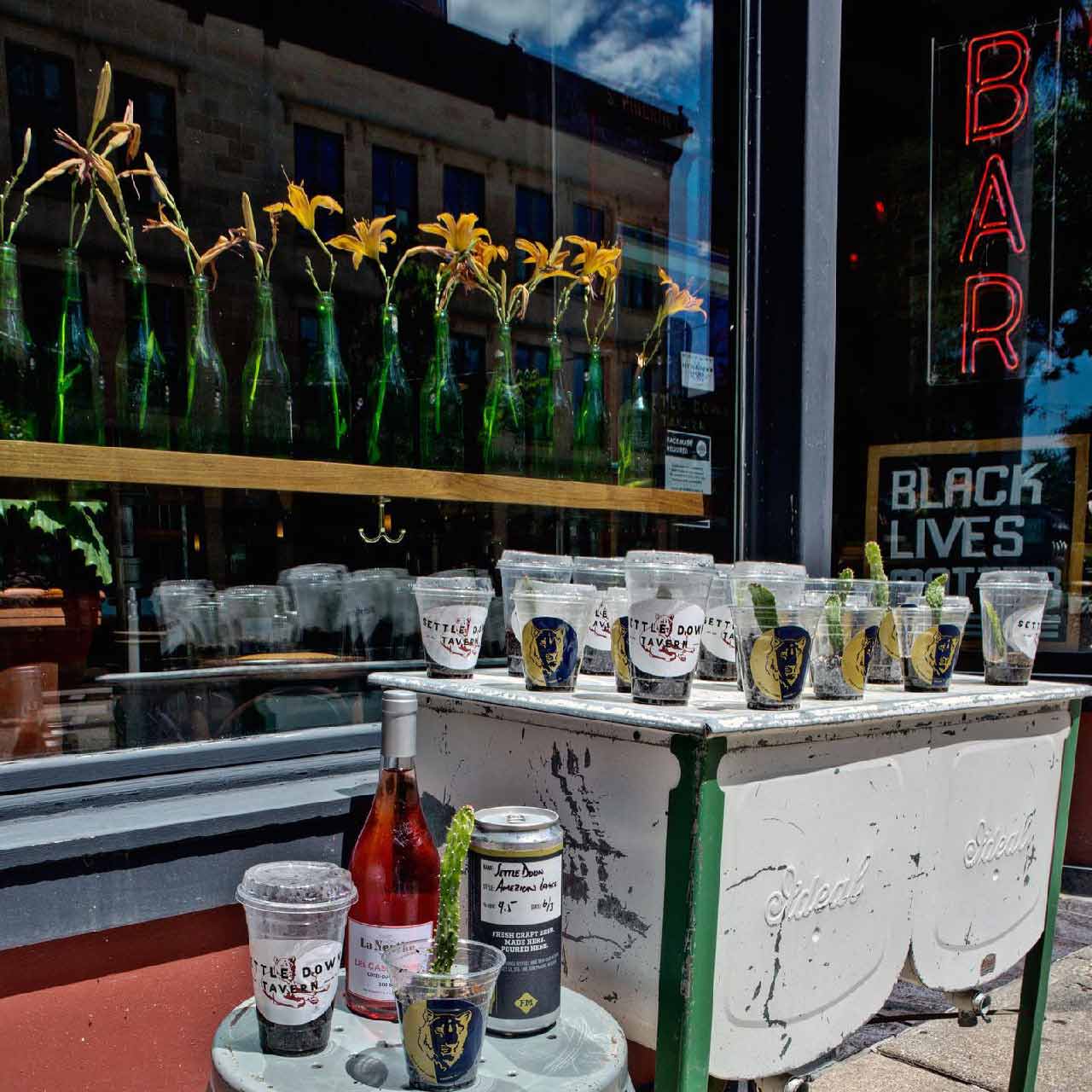 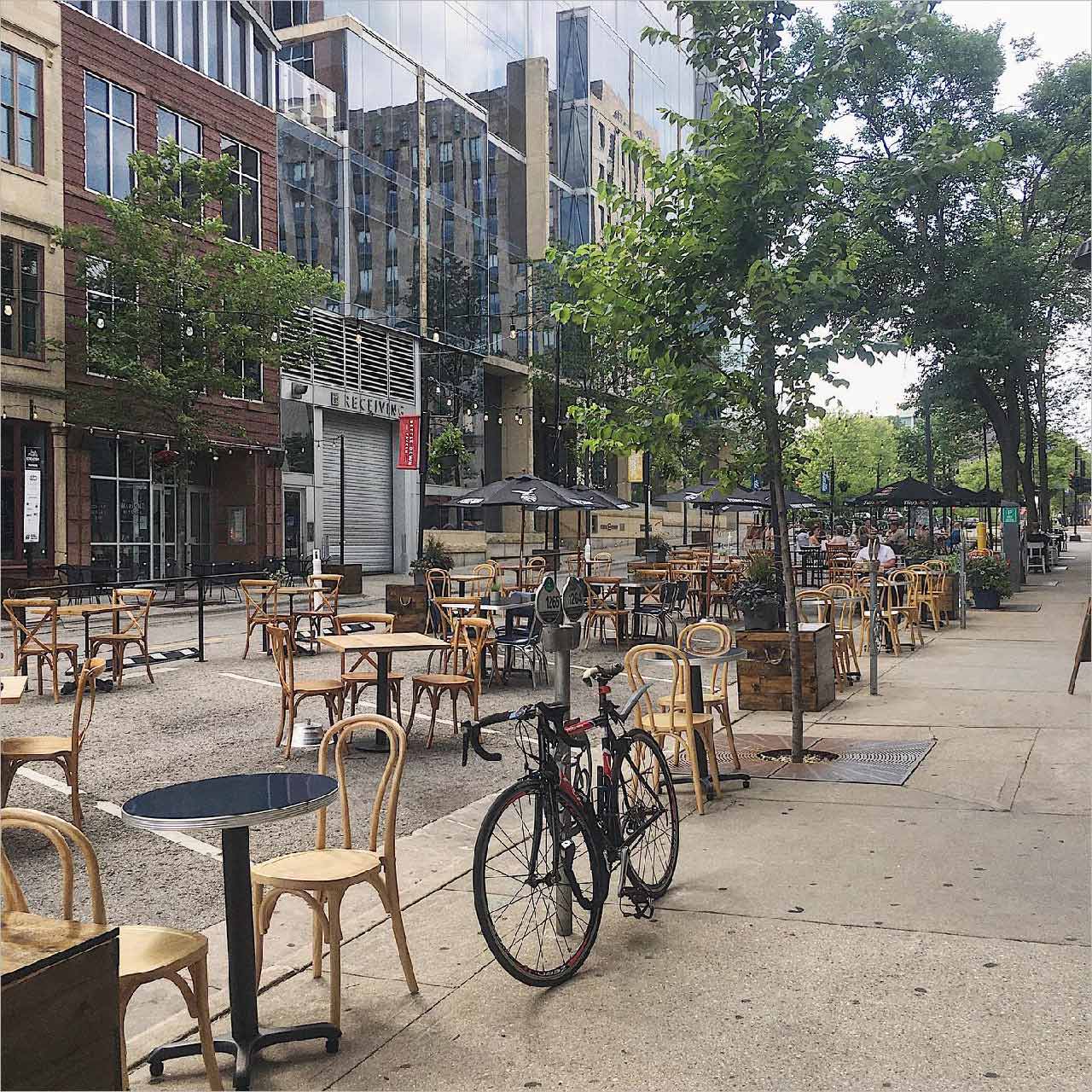 It’s not an ideal way to introduce yourselves, but Lynn sees a silver lining.

“I was extremely worried about all of them,” she says. “To see something crumble that you worked so hard on even before you got a chance… but when we were there, people were coming and going, picking up orders. Everybody was having a good time and enjoying it. I just think if given the chance, it’s going to be a fun spot.”

Settle Down Tavern (117 S. Pinckney St., Madison) is open Tuesday and Wednesday from 4-10 p.m. and Thursday-Saturday 4-11 p.m. It is closed Sunday and Monday.