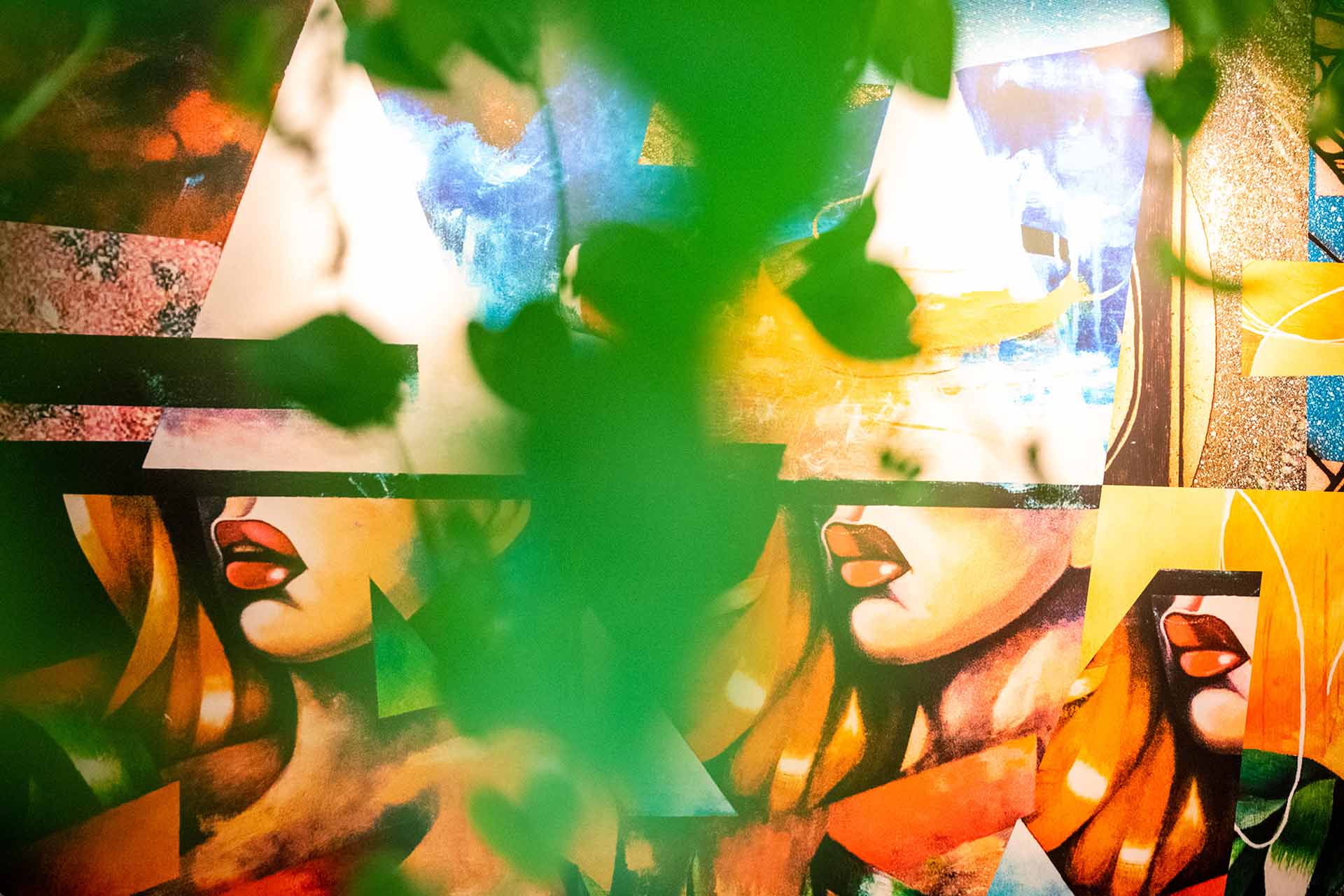 Honestly, it’s a little amazing the Young Blood Beer Company was able to exist at all.

Setting aside the usual roadblocks faced by new small businesses, the combination brewpub and cocktail tasting room was slated to open this spring during the coronavirus pandemic’s height. And had their planning not been so far along, they may not have opened at all. 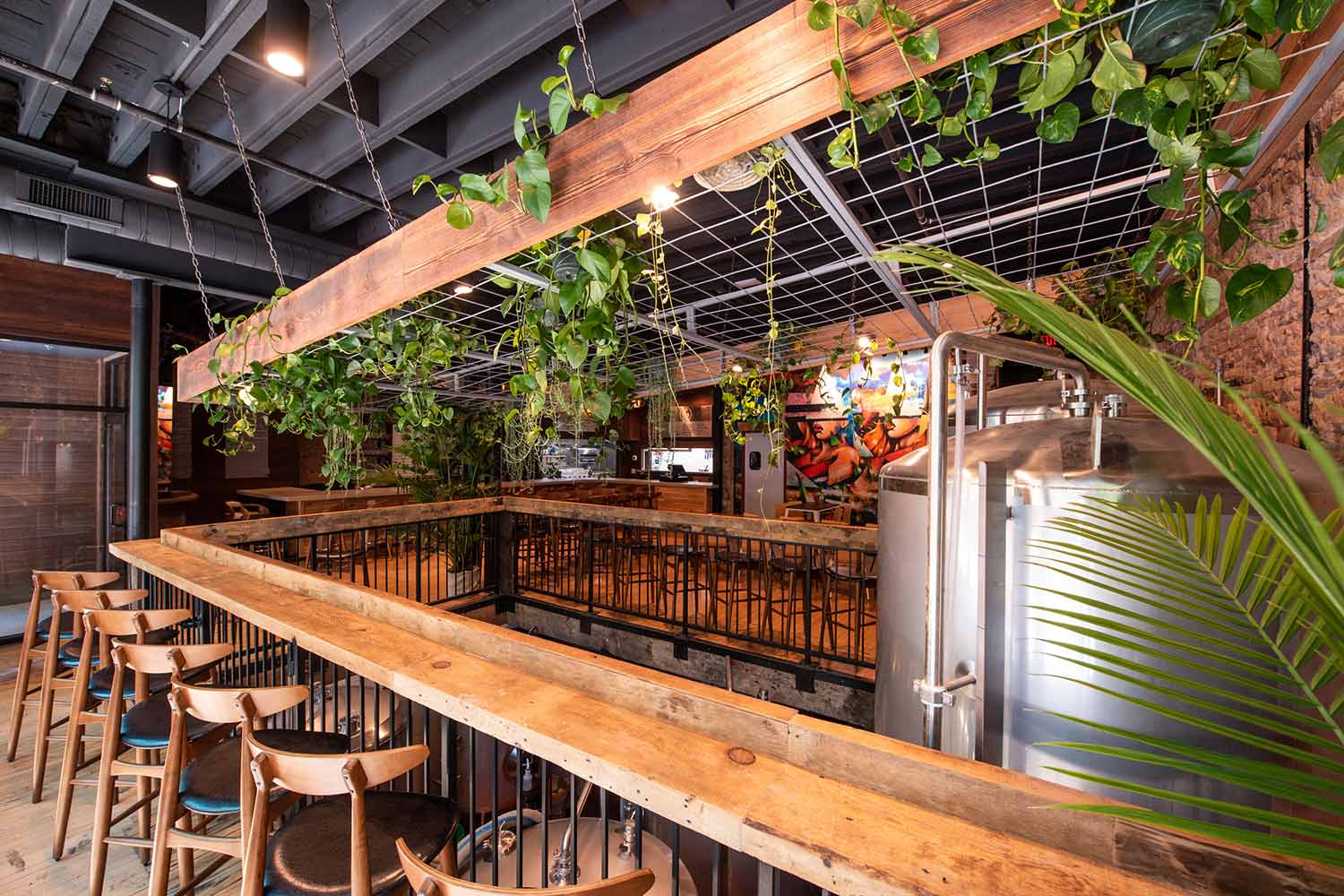 “We were like 75% of the way through,” says co-owner Tom Dufek. “We had hired a bunch of our team and managers in mid-February to early March. Somebody’s first day was the day after all the bars and restaurants shut down.”

It would have been a major disappointment for Dufek, a veteran of Madison’s bar and restaurant scene and founder of the Sun Prairie-based Plain Spoke Cocktail Company. Especially considering the ambition involved in Young Blood. 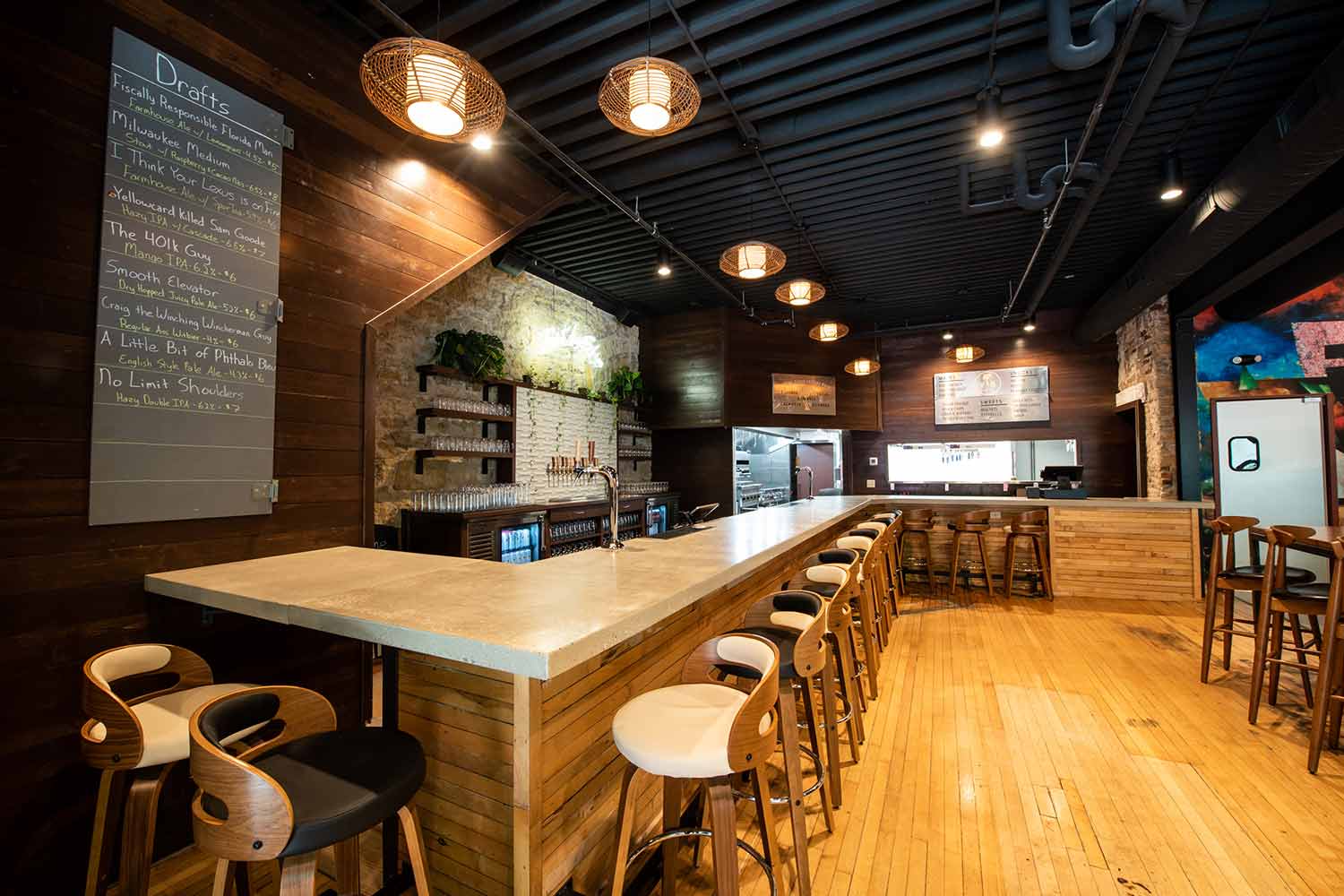 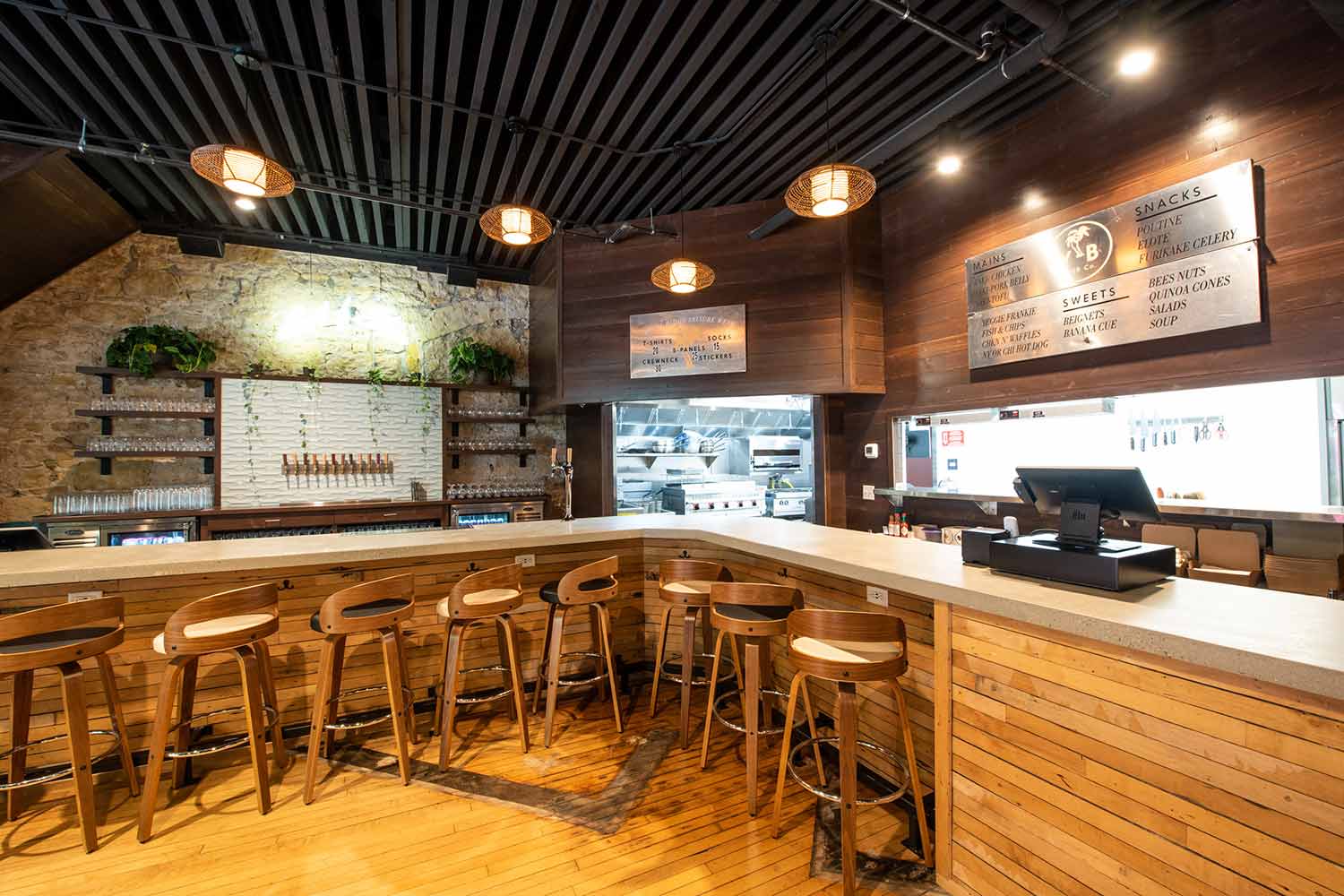 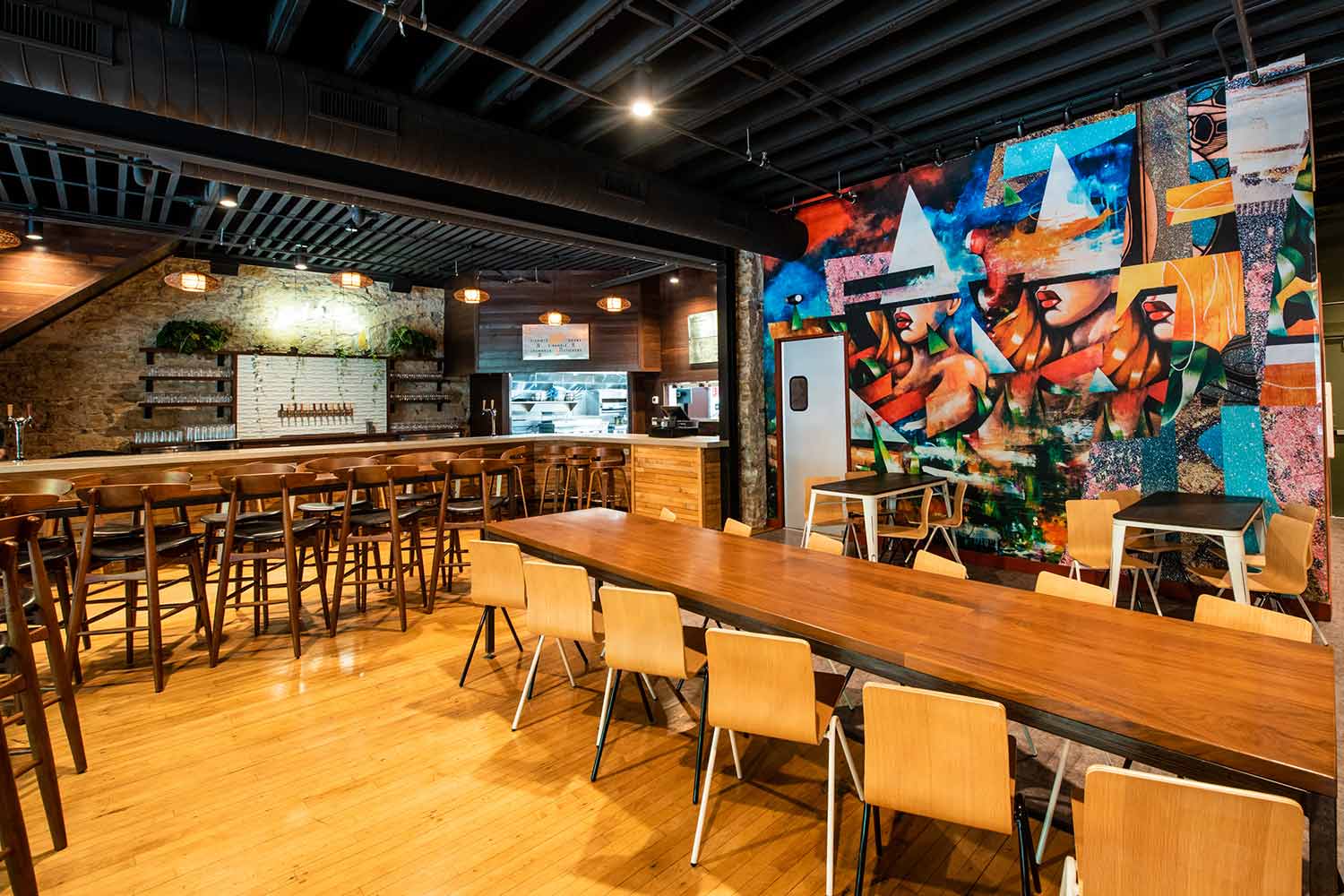 Young Blood occupies a familiar spot on King Street, making its home at Ancora’s former location. However, the new set-up scarcely resembles the old coffee shop. The space has been gutted and redesigned into a sort-of interactive Discovery Center for drinkers. Bar patrons get a bird’s eye view of basement fermentation tanks, while visitors to Plain Spoke’s second floor tasting room will experience a sort of cocktail test kitchen. 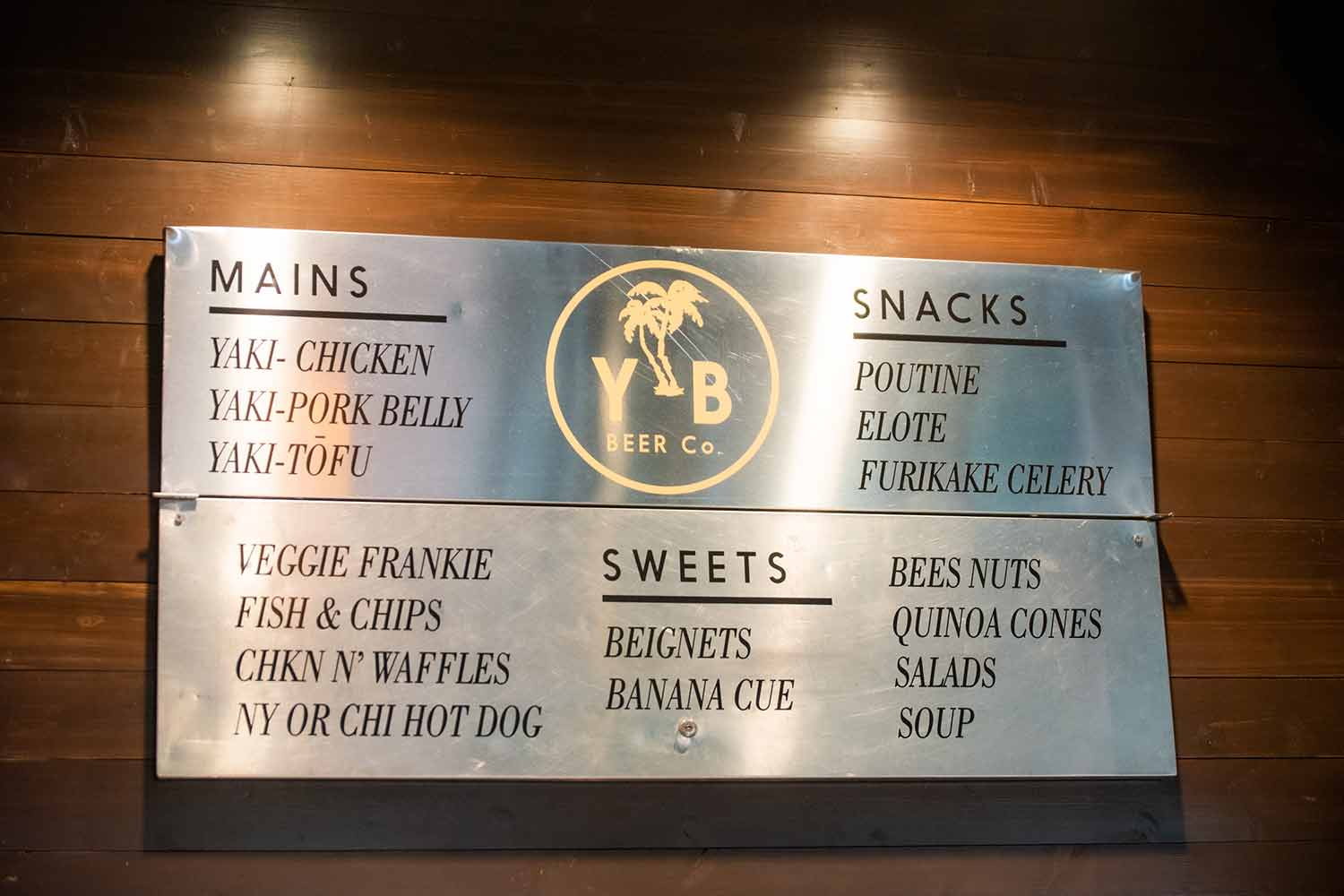 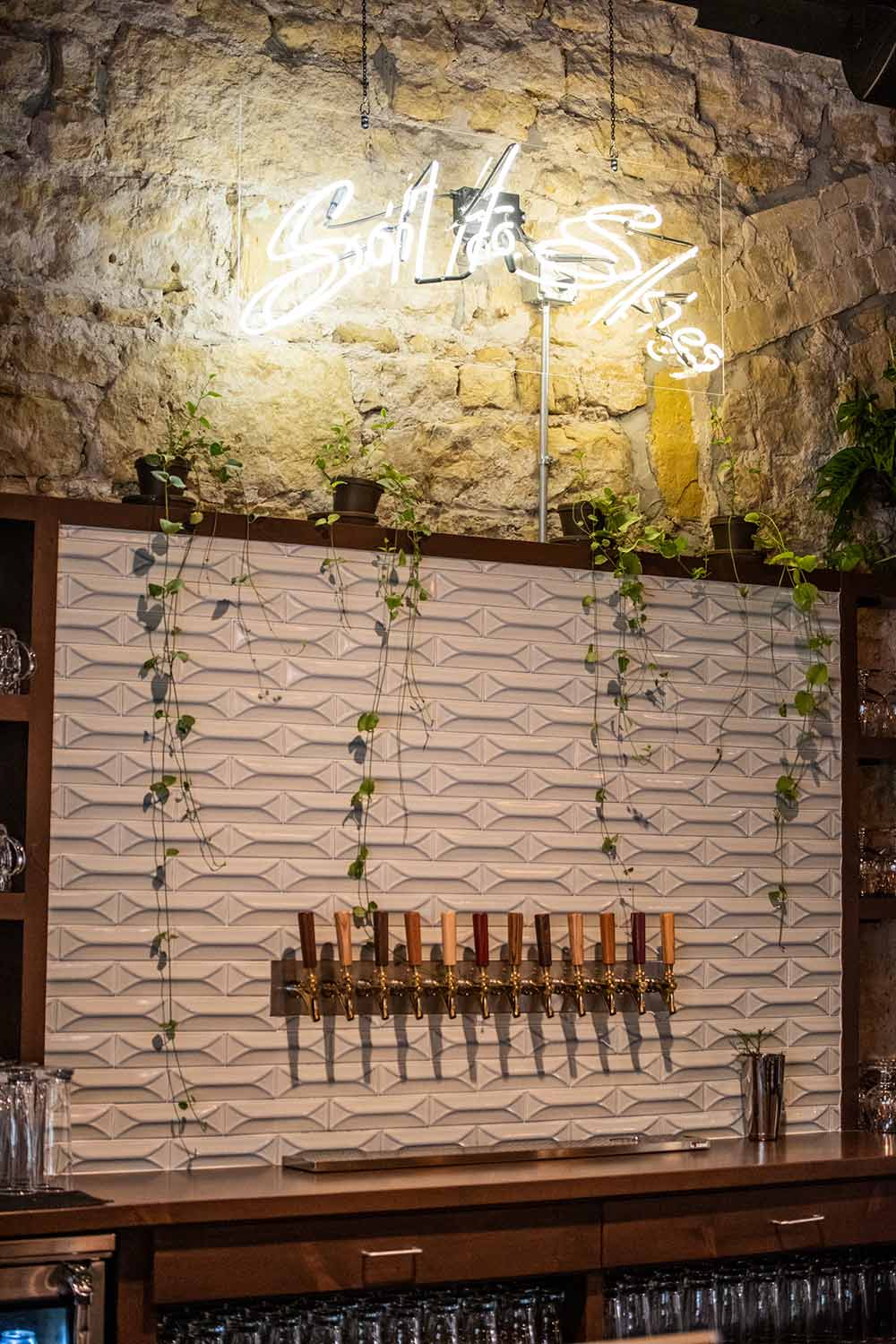 To accomplish this, Dufek joined with a super team of Wisconsin brewing professionals. Young Blood’s brewmaster Kyle Gregorash has done time with both Hacienda and Door County Brewing. Craft Beer Partners owner Billy DuPlanty rounds out the management crew. Unlike many indie breweries, who apply a laser-like focus to beer creation with hospitality often playing second fiddle, Young Blood wants the dine-in experience at the forefront.

“I’ve been to breweries before where I just feel like something is lacking,” Dufek says. “A brewery is essentially a manufacturer. But I really wanted to think of it from a hospitality perspective.” 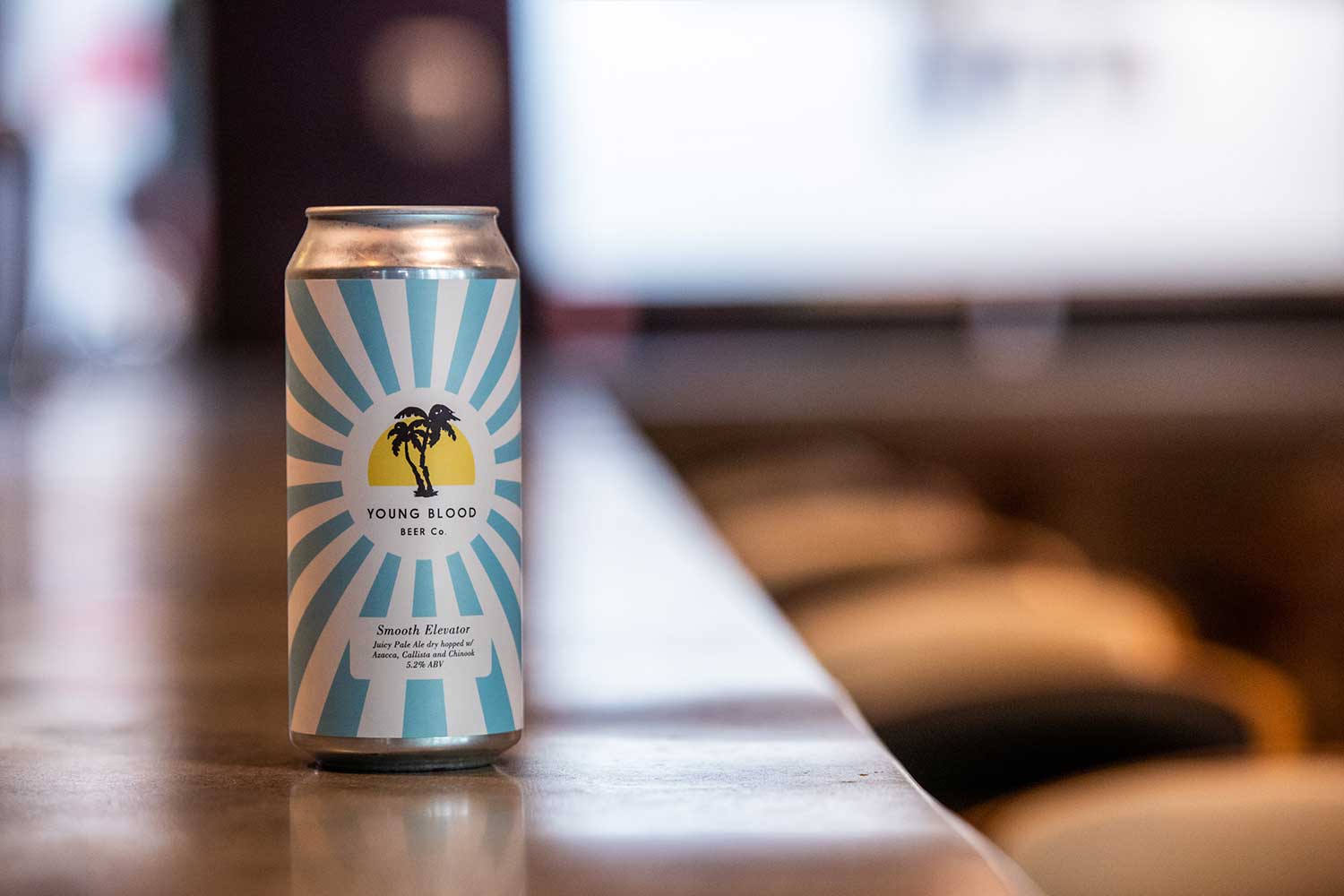 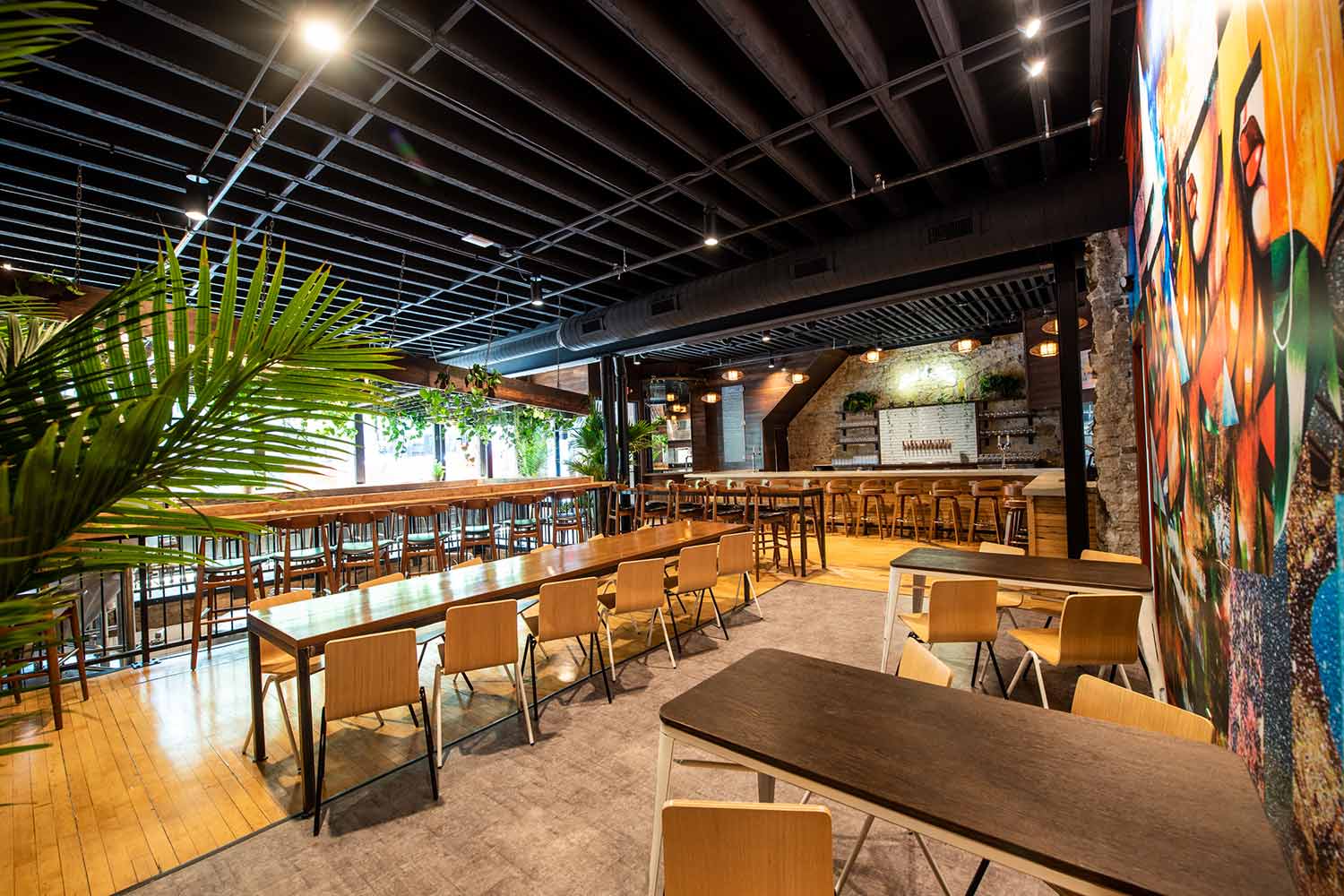 While the Plain Spoke tasting room is still under construction, Young Blood’s street-level brewpub officially opened on June 12. There you can try beers with truly incredible names — like a farmhouse ale called “Everyone Looks Like Guy Fieri” — and tuck into the bar’s lovingly cultivated menu. Dufek isn’t wrong when he says Madison is full of great breweries. But with Young Blood Beer Company, he and his partners have created a warmly inviting variation on a beloved formula. 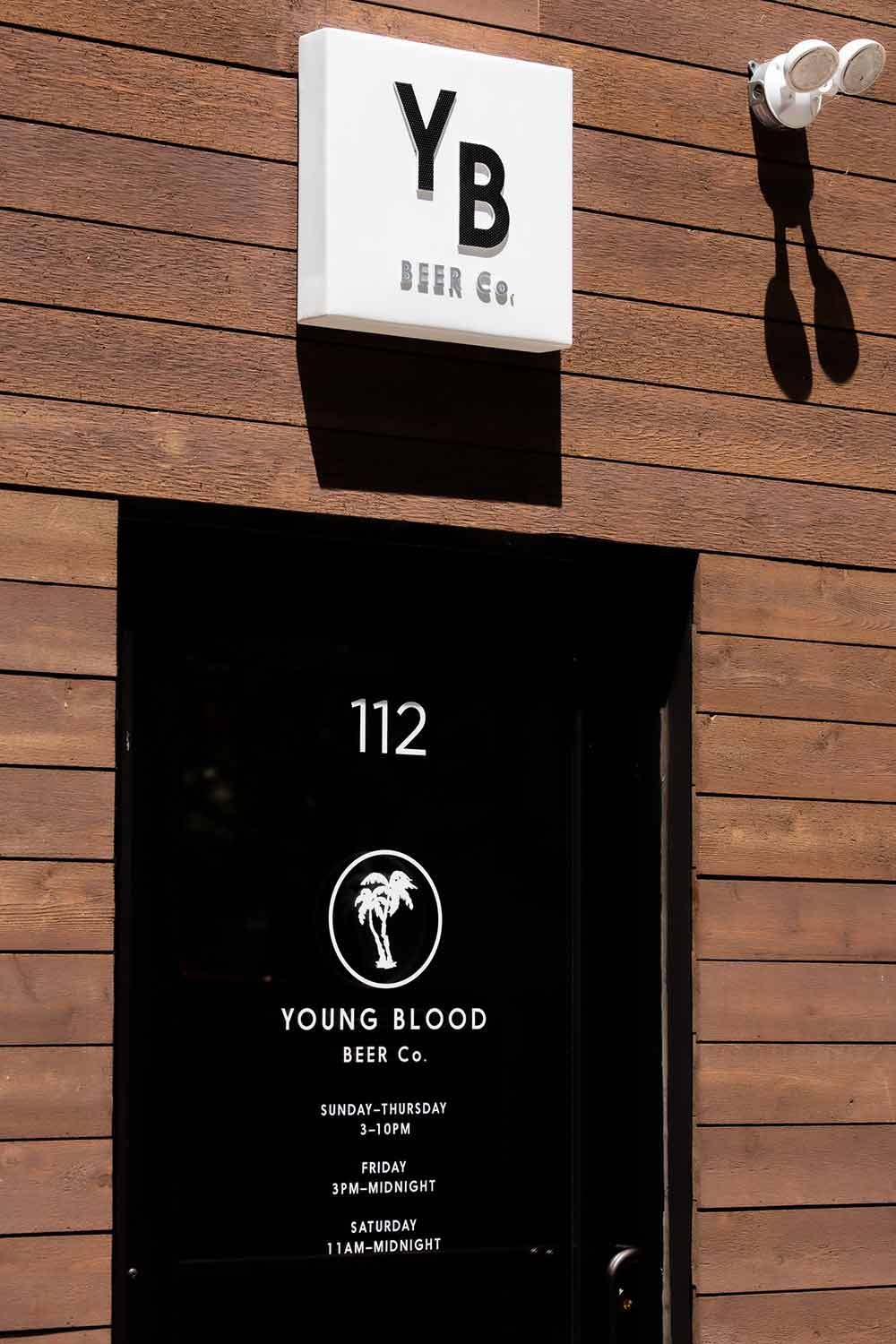 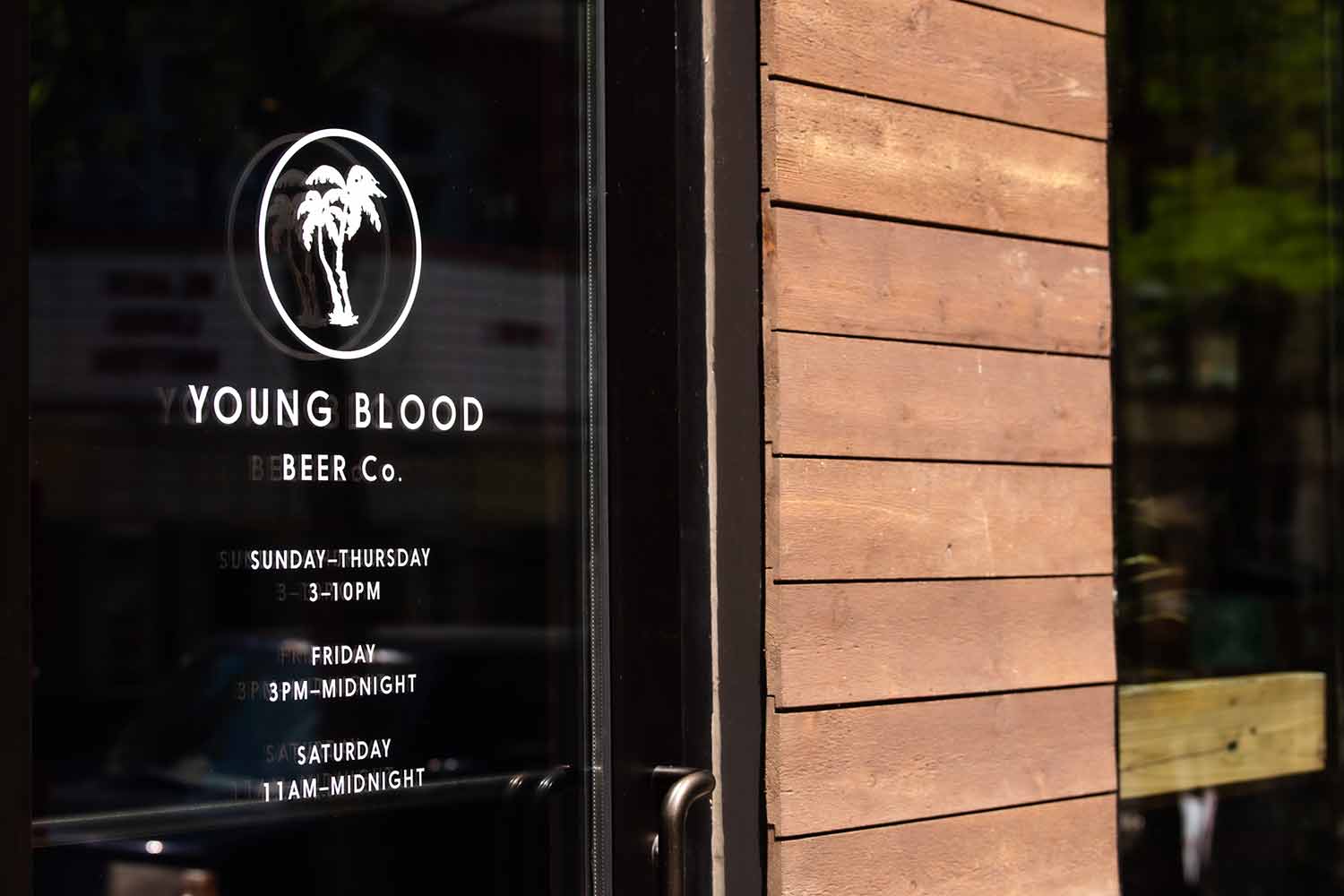