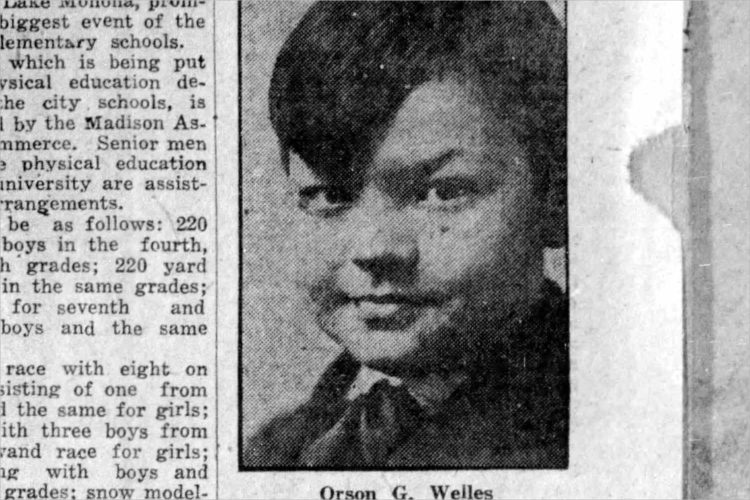 In David Fincher’s new Netflix film, audiences see Citizen Kane come to life. Mank stars Oscar winner Gary Oldman as Herman J. Mankiewicz, the idiosyncratic screenwriter behind Orson Welles’ 1941 masterpiece. Considered by many to be the greatest ever made, Citizen Kane was the crowning achievement for Welles, who is probably Wisconsin’s greatest ever filmmaker.

Welles was born in Kenosha in 1915 and lived a nomadic childhood. He was all over during his youth, though the majority of it was spent in the Upper Midwest. He considered Woodstock, Ill. his hometown, but even so spent his fourth grade year here in Madison. During that time, the future titan of cinema first became known as an artist to be reckoned with. And he was only 10 years old! 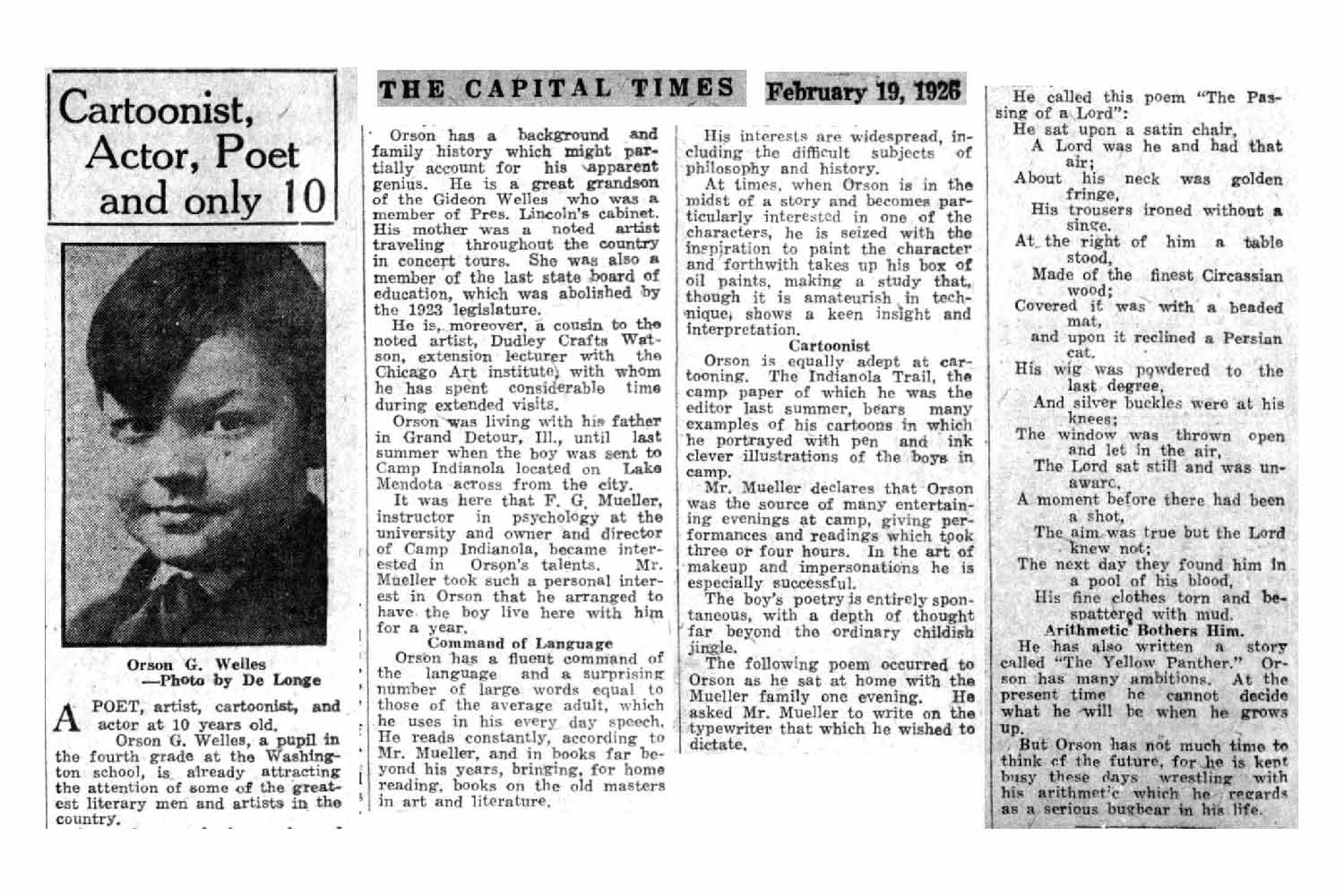 On Feb. 19, 1926, The Capital Times published a story about a prepubescent “cartoonist, actor and poet” enrolled at the Washington School. The article refers to young Welles as “attracting the attention of some of the greatest artists and literary men in the country.” It doesn’t mention any by name but does describe the precocious boy’s earliest work, including cartoons of summer camp buddies and poems about dead aristocrats.

“Orson has a fluent command of the language,” the anonymous reporter wrote, “and a surprising number of large words equal to those of the average adult, which he uses in his everyday speech.”

So while no one can ever take (future Transformers: The Movie star) Orson Welles’ artistic achievements away from him, it doesn’t change the fact that he was basically a grown-up Martin Prince.