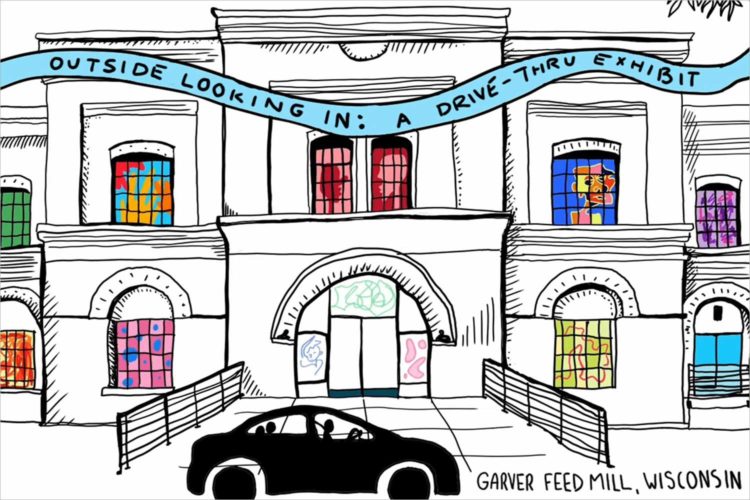 One of the dreariest consequences of life under quarantine is that art — particularly of the local variety — is being put on the back burner.

Concerts are canceled, galleries are closed… hell, even the multiplex isn’t showing whichever new Fast and Furious movie is coming out this month. But if you’re looking for a way to support area visual artists, Garver Feed Mill has a novel solution: a drive-thru exhibition.

From April 25 to May 31, “Outside Looking In” will showcase the work of some Madison creators while still complying with the governor’s recently-extended “Safer at Home” order. In a social-distancing-friendly twist, attendees can take in each original work by rolling past in a car or on a bike. 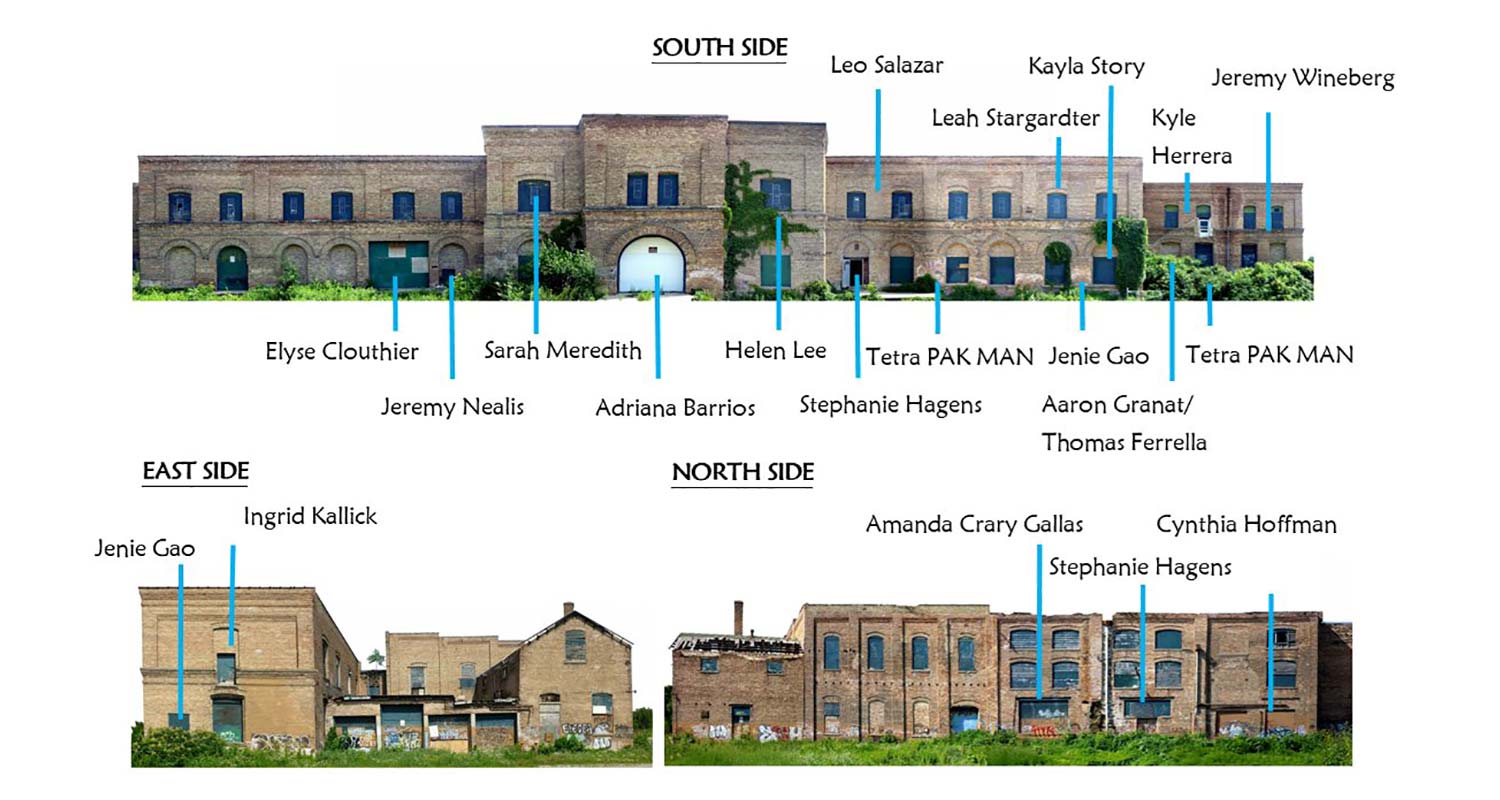 It’s representative of an arts community trying to adapt as well as they can on the fly, according to Jeremy Nealis. He said he got involved after seeing Garver’s call for artists on social media.

“I had spent the past several months working on an installation for the Chroma event at MMoCA which was canceled due to COVID-19. I submitted a modified proposal of my Chroma installation to Garver,” says Nealis. “This project is different from a typical project because you’re creating and showcasing art in a socially distanced world. Luckily, the large windows at Garver Feed Mill are the perfect vessel for an event like this.”

Nealis is one of over 15 artists participating in the exhibit. Another is Ingrid Kallick, who was also planning a showcase before nature decided that it wouldn’t be happening — at least not in the traditional sense. Many artists have been relegated to live streams to show their work, and she calls it an opportunity to be seen “beyond the electronic space.”

“I had scheduled several big projects, but the timeline has lagged because of the pandemic. There is just less urgency about deadlines and accomplishments,” Kallick says. “If not for this project, I would probably be focusing more on reorganizing my studio space instead of creating.”

It’s also some welcome financial relief for the artists. They’ll be paid a stipend thanks to a GoFundMe campaign set up by Garver. Any money raised beyond the $1,500 goal will be used to establish an artists’ relief fund. While both Nealis and Kallick express gratitude for the immediate help, they also view the quarantine as a chance to change the arts community for the better.

“Having to worry about monetizing creativity can interrupt the sincerity of the effort,” says Kallick. “Crowdfunding, patronage, grants and charismatic fundraising can solve that problem, but they also require extensive social media presence and self-promotion. This is a time sink. I look towards a new currency of sincerity and truth.”

This Saturday our friends at @garverfeedmill will be unveiling “Outside Looking In.”

This drive-thru exhibit will feature over a dozen local artists showcasing their work in the windows of the restored building.

Order some ‘za and come check it out! https://t.co/uRqpUvuqcJ pic.twitter.com/DCXyXB7ERZ

“Outside Looking In” will open on Saturday, April 25 with a digital reception at 7:30 p.m. Visitors can follow along on social media throughout the exhibition for “digital artist talks, curator tours and performances,” according to a release. And feel free to snack as you go with curbside pickup from Ian’s Pizza, Ledger Coffee, and Surya Cafe.
Art, Art in a Pandemic, Culture, Garver Feed Mill, Ingrid Kallick, Jeremy Nealis, Schenk-Atwood, Starkweather-Yahara