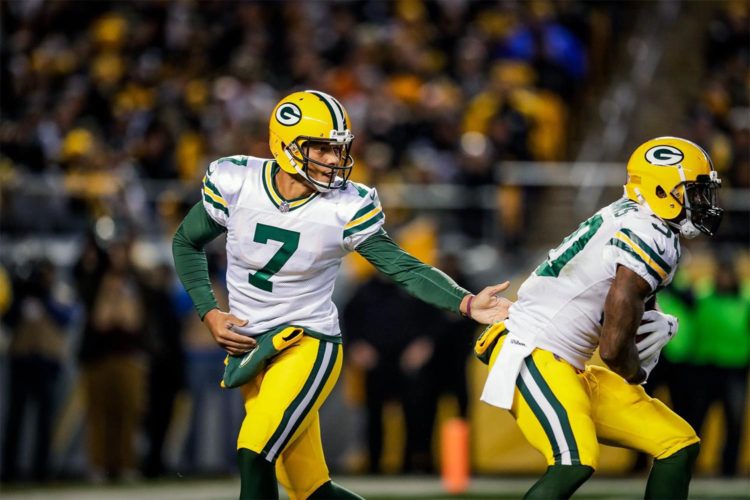 According to The Upshot’s playoff simulator, the team now has about a 5% chance of playing in January. FiveThirtyEight has it at 4%, and ESPN’s Power Football Index calculates 2.5%.

The Upshot was The New York Times’ data-driven replacement in 2014 for data-driven FiveThirtyEight after Nate Silver relaunched the latter at ESPN. So the Worldwide Leader has two different prediction forecasts? ¯\_(ツ)_/¯

At that point there were 766 sexdecillion ways the NFL season could end. That’s 766 followed by 51 zeros. Six weeks later, there are now only 2 septillion possible results, or 2 followed by 42 zeros. Much fewer but still quite a lot!

But luckily the interactive Playoff Machine does the heavy, time-consuming lifting. You can choose the outcome of any game (or games) and The Upshot bots simulate the rest, thousands of times.

Green Bay has five games left: Tampa Bay, at Cleveland, at Carolina, Minnesota, and at Detroit.

A win on Sunday against the 4-7 Buccaneers keeps hope alive (around 8%) but a loss basically kills it (1%).

Even winning out after a Tampa loss means the Packers would have no better than about a 1 in 4 chance (26%).

Aaron Rodgers is eligible to return for the Week 15 game at Carolina. He made some throws in pre-game warmups on Sunday night, and his rehab seems to be on track. So what if the Packers win their next two games?

Beating the Bucs and the winless Browns would only put the Packers at about a 13% chance of extending the season.

It was one year ago this week that Rodgers suggested the 4-6 Packers could “run the table,” but this season’s 5-6 team is 1-5 so far without him. It must not only match but somehow beat that famous feat. And even then, at 90% it’s no sure thing.

TL;DR… Run the Table 2: Improbable But Not Impossible.