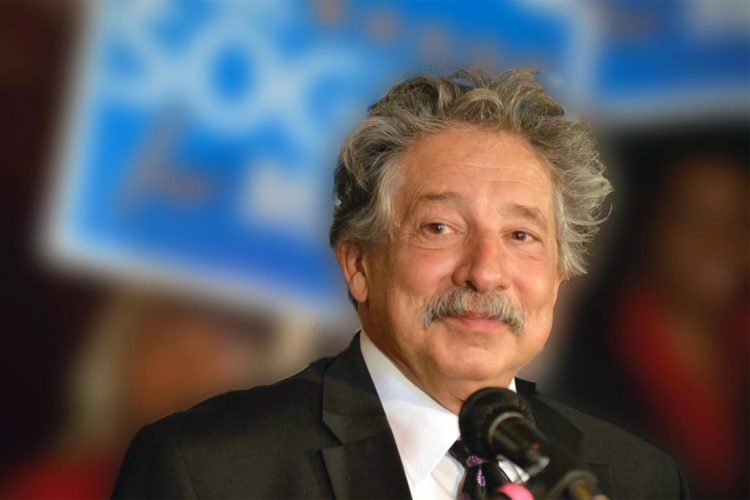 Madison Mayor Paul Soglin announced on Tuesday that he will not seek re-election in 2019, bringing to a close a mayoral career that’s been both inspiring and infuriating.

In a press release, Soglin thanked Madisonians, saying that the “people of Madison have honored me by their trust and confidence over 22 years.”

Soglin was first elected mayor in 1973, when he was just 27 years old. He rose to prominence as a student activist at UW during the Vietnam War, which led to The New Yorker (yes, The New Yorker!) tagging him the “Red Mayor.” In 1969, he was arrested at the first Mifflin Street Block Party for failing to obey a police officer (something that would prove ironic given later policies).

In 1975, the Red Mayor got a bit redder, giving the key to Madison to Fidel Castro. This highlights a strange bromance between Soglin and the Cuban firebrand, whom he met with several times throughout his career. Soglin left office for the first time in 1979.

Soglin has served as mayor twice more, from 1989-1997 and again since 2011. “I think there is really great value in leaving office for a while and then returning,” he said Tuesday at a media conference, “although I can assure you there will not be a third sequel.”

While mayor, he was instrumental in creating the State Street mall as we know it today and pushed for the construction of Monona Terrace. But in his later years, Soglin has seemed to slide more into “old man yells at cloud” territory.

He famously helped to shut down the Mifflin Street Block Party, the annual rager that played a major part in his own mythos. And granted, he wasn’t wrong about the changes it underwent — largely, from idealistic war protest to playground for the sexually monstrous, with student opposition less political and more “YOLO” — but the concept of the counter-cultural folk hero battling university students marked a significant change for the Red Mayor.

There’s his inane war against Madison’s homeless, which was an appalling turn into downright conservatism for the Red Mayor. It appeared as if Soglin was more concerned with keeping the streets looking pretty than in addressing the root of why exactly the city has such a large homeless population.

But perhaps my favorite of Soglin’s late-era hits is the ongoing saga of Mayor versus Baja Blast. Basically, Soglin has denied the Taco Bell Cantina on State Street of its primary function (to serve liquored-up slush drinks) essentially because it is not “a new hotel” or “a fine restaurant.”

The ballot is already starting to fill up with potential candidates to replace Soglin in the mayor’s office in 2019, including current or former alders Maurice Cheeks, Brenda Konkel and Satya Rhodes-Conway. Meanwhile, Soglin is vying for the Democratic gubernatorial nomination among a crowded Democratic field.

And though I’m sure this article didn’t do Soglin any favors, he might not even need my help in losing this one.