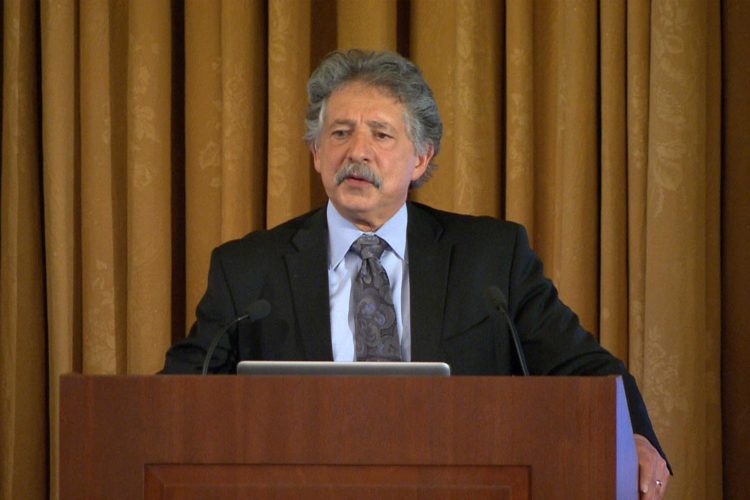 This season on Wisconsin Democratic Primaries, Madison’s mayor has ended months of “will he/won’t he” speculation and officially entered the 2018 gubernatorial race.

Paul Soglin joins a crowded field that already includes 2012 candidate Kathleen Vinehout, state school superintendent Tony Evers and Milwaukee-based entrepreneur Andy Gronik (whom we interviewed last summer). In total, 17 Dems have declared or filed so far, and one of them will almost surely be taking on incumbent Scott Walker, hot off his embarrassing failure of a presidential campaign.

Soglin, 72, is expected to draw support from the Berniecrat crowd, at least according to the Milwaukee State Journal. The longtime Madison mayor has a well-publicized past as a left-wing radical and once traveled to Cuba to meet with Fidel Castro. However, recent years have seen the Soggy Bottom Boy becoming more of a grumpy old man than an iconoclast.

For starters, there’s his confusing war on homelessness in Madison, which is less focused on getting people off the streets than it is just sweeping them under the rug so it looks pretty. And then there’s the Taco Bell Cantina stuff. In December, Soglin vetoed a liquor license for the proposed State Street fast food restaurant, for which he was met with widespread groaning and eye rolling. Not so much for the veto itself, but for the manner in which he defended it: “If the license were associated with something of value — a new hotel, a fine restaurant — that’d be another thing.”

Because that’s what’s really going to win you those votes, y’know: Aloof, condescending dismissals of things by a Madison liberal. I’m sure they’ll go nuts for that in Wausau.