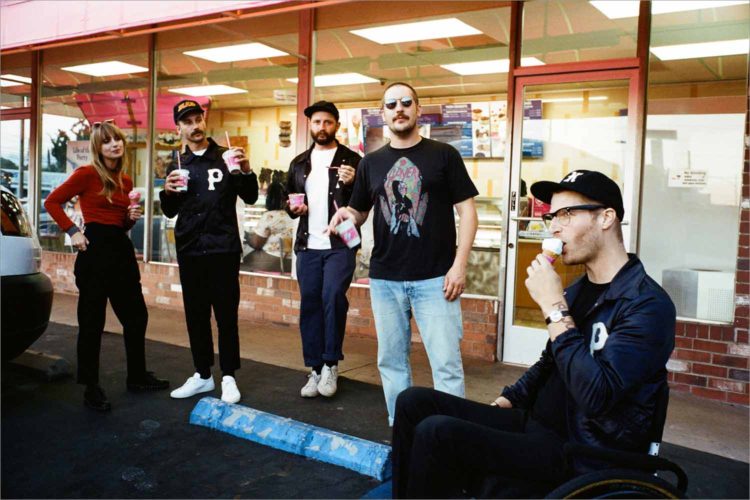 Who exactly is Portugal. The Man?

Between their creative punctuation and infectious, Grammy-winning single “Feel It Still,” the Wasilla, Alaska-bred indie rock crew is experiencing a level of popularity unlike anything they’ve seen before — and just over a decade into their career, no less!

Marked by the elastic falsetto of frontman John Gourley, PTM has spent the last 14 years clawing their way out of obscurity, from the pages of Alternative Press to music’s biggest night, where this year they took home the trophy for Best Pop Duo/Group Performance (for the aforementioned “Feel It Still”). They’ve released eight albums to date, spanning a growing range of genres.

Portugal. The Man will play to a sold out Overture Hall on Sunday night, and it’s doubtful they’re just going to play “Feel It Still” over and over again (although they did play it twice at the Majestic last spring). So whether you’re a new fan looking for a starting point or an oldhead just getting reacquainted, here are a few highlights from the band’s expansive catalog.

While Portugal’s soulful, electronically inclined contemporary work may be what’s garnered them fame, their early work is far different. “Chicago,” the first track on the band’s 2006 debut album, Waiter: “You Vultures!”, injects a bit of blue-eyed soul into what otherwise sounds like a Blood Brothers song, with its frantically histrionic post-hardcore rhythms. These abrasive beginnings are unsurprising, however, as Gourley and founding PTM bassist Zach Carothers first started playing together in a screamo band called Anatomy of a Ghost.

On its second album, 2007’s Church Mouth, Portugal. The Man started forming the sound that’s come to define its latter day work. “My Mind” serves as something of a thesis statement for the band, providing early looks at the eloquently obtuse lyrics and enveloping psych rock they’ve perfected in time. At the very least, it’s a far cry from screamo and shows a band unafraid of taking a hard left on its fans, a tactic they’ll go on to use frequently.

Even taking into account the fact that PTM is a notoriously experimental band, 2009’s “Mornings” is something of an oddity. The Satanic Satanist’s closing track is a jazzy little ditty, made all the more sensual by the overlapping vocals of Gourley and Zoe Manville, his partner and frequent collaborator. Even in a discography full of eclectic musings, “Mornings” manages to stand out. And for bonus indie cred, Paul Q. Kolderie, best known for his work with Radiohead and The Pixies, produced The Satanic Satanist.

“Floating (Time Isn’t Working My Side)”

To be fair, every song on 2011’s In the Mountain in the Cloud, the band’s first album for Atlantic Records, is worthy of placement here. But at least to me, the majestic and My Morning Jacket-indebted “Floating” stands out, if only because it shows a band that’s become fully actualized in their sound, even if it is ever-changing. From the restrained dynamics of the verses to the blossoming woah-oh’s of the chorus, “Floating” shows Portugal. The Man approaching their final form: fearless in their experimentation and impeccable in their pop hooks.

2013’s Evil Friends might be Portugal. The Man’s first straight-up pop rock record. Certainly, it’s still got the trippy aesthetics and ethereal vocals of the band’s earlier work, but it’s far more accessible when funneled through a slicker sheen, courtesy of super-producer Brian “Danger Mouse” Burton. With its choral repetition of “the only faith we have is faith in us,” “Modern Jesus” is a rallying cry for the band and its fans, a motley crew who find solace in their own peculiarities. If this sounds like you, I’ll meet you for happy hour at heaven’s gate.