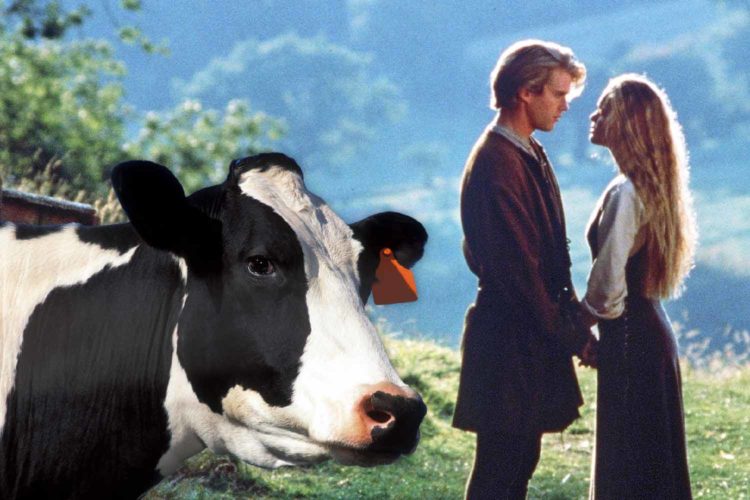 One of my favorite quotes from The Princess Bride is “life is pain, highness. Anyone who says differently is selling something.”

As an avid follower of Wisconsin state politics, I can confirm that life is indeed pain. Between the deeply rooted systemic racism and the callous laziness of Republican ghouls like Robin Vos and Scott Fitzgerald, living here is no fun at all right now. But the state Democratic Party is seeking to upend this by selling a good time: a virtual Princess Bride cast reunion to benefit their fight against the GOP.

This Sunday, Sept. 13, and for just a minimum $1 donation, “attendees” can watch the 1987 film’s cast (plus a Q&A moderated by Patton Oswalt) bring the story-within-a-story back to life. All your favorites will be there for the table read, including Cary “Westley” Elwes, Robin “Buttercup” Wright, and Billy “Prosthetic Makeup” Crystal. Even avowed socialist Wallace Shawn will put his ideological differences aside to reprise his role as Vizzini.

I’ve never met anyone who doesn’t like The Princess Bride — nor do I want to — but naturally there are inconceivable takes about the news. Apparently Republican U.S. senator and possible Zodiac killer Ted Cruz wants these Hollywood-types to keep their politics out of his family entertainment.

“Do you hear that Fezzik? That is the sound of ultimate suffering. My heart made that sound when the six-fingered man killed my father. Every Princess Bride fan who wants to see that perfect movie preserved from Hollywood politics makes it now.” pic.twitter.com/mbUs4y6Ro0

It’s unsurprising that Elwes was quick to respond, given his role as the film’s rapscallion hero (which itself is funny, because as an actor Elwes is really good at playing simpering know-it-alls just like Cruz).

.@tedcruz if you only left the fire swamp you could join us. #dumptrumperdinck https://t.co/TelBc2QT9G

And the joke is on Cruz, because his little outburst seems to have made a shitload of money for the state Dems.

I never thought I’d write this, but I’d like to personally thank Ted Cruz for helping drive the biggest fundraising day of the cycle for the Democratic Party of Wisconsin.

Makes sense, though. Ted Cruz getting publicly humiliated is anything but “inconceivable.”