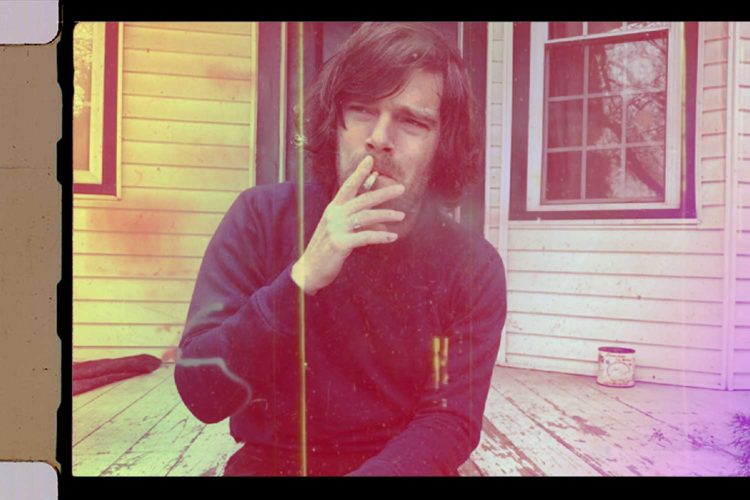 As you may have noticed, the pandemic has been rough on rock bands. Take, for example, Milwaukee punks Sex Scenes.

Reputed for their wild live act, the group has been mostly dormant since COVID-19 arrived. Its members have had to channel their creativity in other ways. For guitarist Harrison Colby, this meant going in a very different direction with his synthpop project The Beat Index.

“Sex Scenes is a very abrasive band, and this was sort of a break from that,” Colby says. “In quarantine, you don’t really have a band so you have to create your own projects to fill the time.”

The Beat Index is a far cry from the turbo-charged bar punk Colby’s probably best known for playing. (Though he’s also a prolific producer.) Inspired in equal part by Italian disco and the film scores of director John Carpenter, the ambitious forthcoming debut Volume One: Juvenilia sees Colby going cinematic. This is most evident on an epic six-minute jam that we’re premiering here today.

Built around a pulsating synth riff, “D.O.A.” sounds like the kind of tune that would play over the opening credits of a cyberpunk thriller. “Breaking my heart as I’m holding you close,” Colby purrs about a love affair that may not have been as passionate as it seemed to be. The refrain of “our love is D.O.A.” drives that point home.

Though Volume One came together in earnest recently, he says “D.O.A.” was actually written about a year ago. “I had a stockpile of pop songs that were all across the board,” Colby says. “And they definitely didn’t fit with Sex Scenes, so I was like, ‘Well, what do I do with these?’”

What Colby did was compile Volume One: Juvenilia, a sprawling oddity that postures the shredder as a retro-futurist pop star. The album will be released July 31 through Madison-based label No Coast. A “one-and-done” project, according to No Coast chief Bobby Hussy, it will get a limited release of 100 cassettes. The first 25 will include an eight-page color zine.

With The Beat Index, Colby trades his strings for keys and soars with a quarantine album that you can lose yourself in. “This album is a completely awesome synth-pop adventure unlike anything I’ve released on my label before,” said Hussy in an email. “Straight up radio pop music at times. Very wild world we’re living in.”