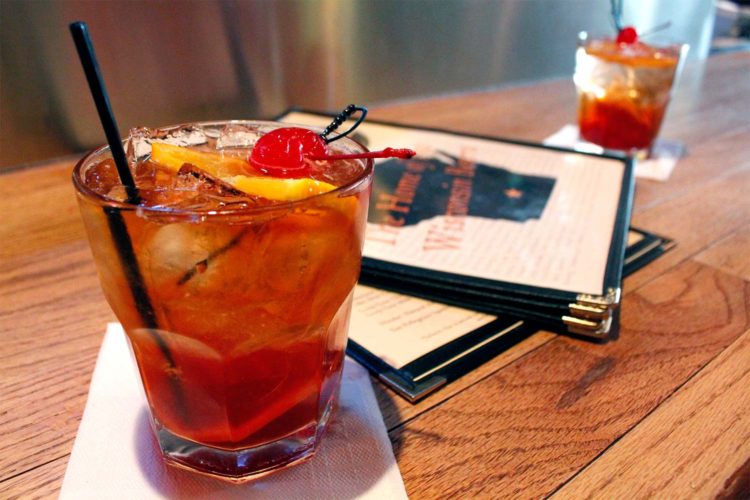 A Business Insider writer made a big mistake earlier this week when she penned an article about old fashioneds and failed to make any mention of Wisconsin.

The Madeline Stone article, titled “A cocktail that was forgotten for almost 50 years is suddenly taking over city bars,” is about — you guessed it — the old fashioned becoming fashionably hipster in places like New York City. Clearly, we flyover states don’t matter, even though almost half of Korbel’s brandy production is consumed right here in our Wisconsin-style brandy old fashioned sweets. (I wonder if the taste for Korbel will also make it to the coasts? I think not.)

Even the expert Stone interviewed for the article is uninformed. Eben Klemm, a “scientist turned mixologist who curates cocktails for New York’s Knickerbocker Hotel” — have you ever read a more pretentious job description? — is oblivious to Wisconsin’s drinking habits even as he claims to know what’s going on across the country. “Any decent bar or restaurant in almost any city in this country now can and will sell Negronis and Old Fashioneds,” he said. “These were unsellable a decade ago.” Oh, is that right?

The internet backlash against the article (and those other stupid states who aren’t on the old fashioned bandwagon yet) was just as strong as our Wisconsin pride.

When no one from Business Insider has ever been to Wisconsin …https://t.co/C49rXi0gru

I had literally 3 of these tonight. Get with it, not wisconsin stateshttps://t.co/6yU3iTaZrI

#Fun @949WOLX: Are others discovering what those from #Wisconsin knew all along? Here’s to the #oldfashioned!https://t.co/4E6O61qtR8

In fact, there was so much complaining that Stone wrote an article about how a “bunch of people from Wisconsin freaked out.” People filled her inbox with such gems like “people on Facebook are making fun of you,” because we all know social media cred is of vital importance. She also called up Milwaukeean John Dye, owner of famed Bryant’s Cocktail Lounge and The Jazz Estate, to see just what the hell this is all about. He graciously set her straight — “I’ve theorized that Angostura bitters would have gone out of business if it weren’t for Wisconsin” — and gave her a little Wisconsin drinking history lesson. Because this isn’t just about some cocktail; it’s our heritage.

Hey, Madeline, if you’re ever in Wisconsin, we’ll hook you up with some old fashioneds, fried cheese curds, and a nice smelt fry. Then maybe you can write about all the cool shit we got going on. Just don’t mess with our old fashioneds again, OK?