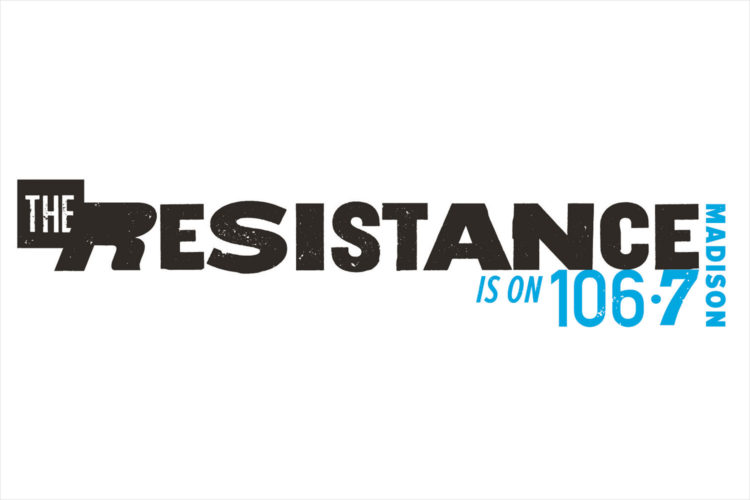 Mid-West Family Broadcasting today at noon debuted 106.7 The Resistance, an alternative rock station that operations manager Randy Hawke, a veteran of the local radio industry, hopes will fill what he sees as a “void” on the local airwaves.

“Over the last 15 years, Madison has been without an alternative station,” Hawke says, referencing WMAD’s 2002 switch to Mix 92.1. “And there’s a whole legacy of incredible bands that need to be on the radio more in this town.”

For the most part, classic rock stations abound in the Madison area, with WIBA and WOLX giving listeners their daily fix of bands like The Rolling Stones and Led Zeppelin. But Hawke says the definition of “classic rock” is changing.

“Let’s face it: The Beatles came out 50 years ago. The classic rock stations are oldies stations now. Whether the people who like classic rock want to come to terms with that, that’s their problem.”

And since WMMM — Madison’s current alternative-iest option — tends to play older artists like Steely Dan as often as they do The Smashing Pumpkins, Hawke sees The Resistance as being closer in spirit to its active rock cousin WJJO than to Entercom’s Triple M in its aim to cater specifically to the contemporary crowd.

The Resistance, Hawke says, will give listeners anything they can fit under the ever-expanding umbrella of alt-rock, citing artists like Cage the Elephant, The Killers and Twenty One Pilots as examples.

Its selection at noon today was an appropriate choice in 2017 for a station called The Resistance: R.E.M.’s “It’s the End of the World as We Know It (And I Feel Fine).” Next up were The Killers’ “The Man” and Beastie Boys’ “Sabotage.”

Citing the eclectic nature of the genre, Hawke muses that the “thing about alternative music is that there is a rhythm to it. It does draw the ‘non-rock’ people as well.”

The Resistance has launched in what Hawke calls “a soft open,” acting as a mission statement for what listeners can expect. On-air personalities and more original content will come in time. A simulcast of sports talk station WOZN (1670 AM) was previously heard on the 106.7 FM frequency. It has moved to 96.7.