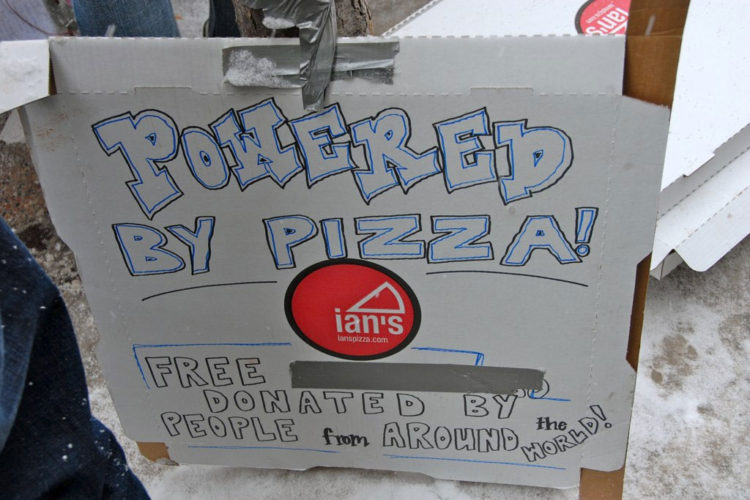 A co-owner of Reefpoint Brew House in Racine has apparently shown his true colors on Facebook. In response to the NFL anthem kerfuffle, John Valko posted publicly that football players who kneel should be executed and that “they need to die.”

Though the comments were posted by Valko’s personal page (and have since been deleted, shocker), his co-owners have felt the need to publicly denounce Valko’s comments and views on Reefpoint’s Facebook business page. They’re following their attorney’s advice, they say, and are planning to disassociate the business with Valko.

Distancing the business from one rogue owner’s comments is not surprising in cases where said owner is calling for death. But what about restaurants that go a step further and politicize their business? Where an owner’s political stances cannot be extricated from the restaurant?

Madison is well known to be a liberal political bastion. Restaurants that take a public stance for liberal causes are lauded in their efforts here. When Ian’s Pizza became the main diet of Act 10 protesters in 2011, it was because the business had delivered 60 free slices to the masses. Word spread, orders began coming in from all over the world, and Ian’s became synonymous with that liberal protest.

Of course, public opinion works the opposite way as well. Restaurants and owners who voice conservative — or just plain bigoted — political views can be shunned around here, or at the very least receive bad press. Gene Bennett of the current incarnation of smut and eggs at Bennett’s Meadowood Country Club is known for having extreme “libertarian” views. He says his job is to insult people, and he does it so happily on record that it almost sounds like a gimmick… kind of like smut and eggs.

Then there’s the recent incident with Wando’s owner Jay Wando removing “gangster hip-hop” from his bar’s TouchTunes selections because he didn’t want to draw a crowd “not driven by UW-Madison students.” While it’s not an inherently political gesture, it’s impossible to disentangle racism from politics anymore, and it’s easy to make assumptions about Jay Wando’s political views, justified or not.

Decisions by business owners that are remotely political will always be judged by the public, and there will always be support and dissent no matter how benign the viewpoint is. It’s relatively easy for restaurant owners in Madison to take liberal stances, but head to the suburbs of Milwaukee and a decision to support NFL players kneeling on a Facebook page could be a restaurant’s death knell.

Restaurant owners are entitled to whatever political views they have, just like celebrities, athletes and sports writers. Most restaurateurs keep politics out of their businesses to avoid the inevitable boycott by one group or another. If a restaurant owner decides to wade in the water of politics, it’s probably best to back up for a minute, put the vodka tonic down, and make sure you’re on the right side of history before you send that Facebook rant.