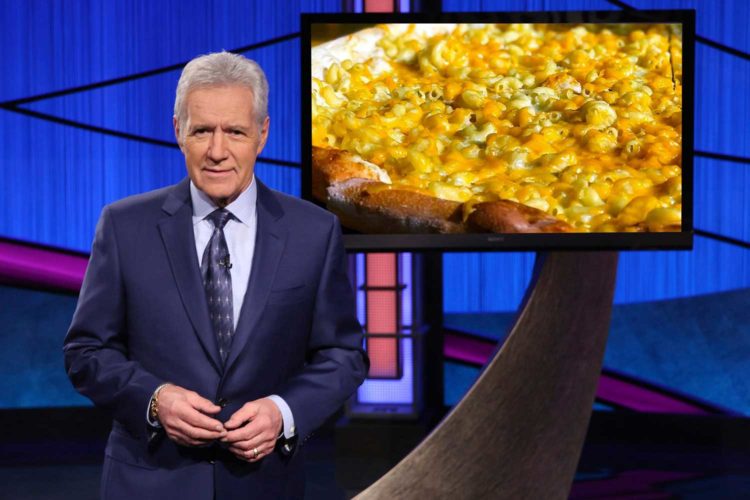 Now that I’ve been able to unclench my jaw for the first time in a week, it’s time to get back to the business of posting. Unfortunately, this means addressing some of the only downer news to come out of the last several days.

On Nov. 8, one day after Americans were literally dancing in the streets over President-elect Joe Biden’s victory, news broke that beloved Jeopardy! host Alex Trebek had died of pancreatic cancer at age 80. The Canadian-born quiz daddy had manned the podium since 1984, presenting a truly mind-boggling 8,200+ episodes. Basically, Trebek was the Cal Ripken of game shows; he even won a Guinness World Record for it in 2014.

Born in Sudbury, Ontario in 1940, Trebek had a pretty colorful career before becoming the Czar of Daily Doubles. He studied philosophy and worked as a broadcast journalist before transitioning into the wacky world of game shows. He helmed the Canadian programs Reach for the Top and Jackpot before getting his big breakthrough with the Jeopardy! revival.

“He loved that Jeopardy! popularized intelligence and it was important for him,” show producer Mike Richards told CNN.

It’s difficult to describe the impact of Trebek and Jeopardy! on American culture. On a personal note, as a young film student I visited the show’s soundstage. And though the space was empty and the host nowhere in sight, getting to stand behind Trebek’s podium was a strangely moving experience. I grew up watching the show with my family, so it’s not something I’ll soon forget.

That time when Trebek and “Jeopardy!” visited Madison

Flashing back to 2008 College Jeopardy at the Kohl Center#Badgerforaday pic.twitter.com/oQSFbTUpmn

Madisonians of a certain age are sure to remember the year 2008, when Jeopardy! came to town in April to host its annual college championship at the Kohl Center. The news created a fever pitch around campus, where hundreds of students turned out to try out for the program. Then-senior Suchita Shah was tapped to represent the Badgers, and Shah (now a medical doctor) finished as a semi-finalist.

The show will never be the same. I grew up with him in the house, on the TV every night after dinner. An icon. The first TV celebrity I recall mourning. https://t.co/8xJikyo045 pic.twitter.com/MnUrDFjtqo

Like most things Jeopardy-related, the Madison taping made for a good amount of wholesome fun. When a contestant’s mic failed, Trebek fielded questions from the audience and admitted to enjoying a slice of mac n’ cheese pizza from Ian’s. (Which surely elicited some cheers from the campus crowd, even if real heads know Glass Nickel is superior.)

When I saw JEOPARDY! tape at the Kohl Center, I expected Trebek to be sort of aloof. But every second the cameras were off, he’d be off the stage and in the crowd talking to people. That seemed like his favorite part of the job. RIP./p>
— Rob Thomas (@robt77) November 8, 2020

If anything could be gleaned from Alex Trebek’s legacy, it was his commitment to those who relied on him. And that doesn’t mean just the people behind the scenes. For decades, Trebek and Jeopardy! have served as a beacon of consistency for so many people. Even when the world feels like it’s in freefall, Trebek was there every afternoon to ground you for a little bit. We loved him for it. And his cancer diagnosis drove this home a little harder; we knew our time with Trebek was fleeting, and we did our best to let him know how much he meant.

“Most people don’t get to hear all that nice stuff during their lifetime,” Trebek told former Jeopardy! champion Ken Jennings. “Their families hear it after they go.” Adds Jennings: “He meant so much to people, and he had no idea. Towards the end, he finally got the chance to see it firsthand.”