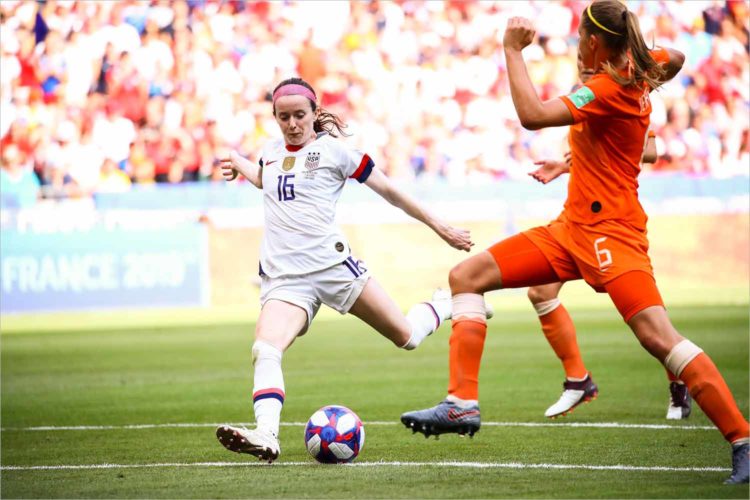 With a 2-0 victory over the Netherlands on Sunday, the USWNT took home the 2019 trophy (and will probably not be going to the fucking White House, thank you very much). And while much has been made about the play of established stars like Megan Rapinoe and Alex Morgan, one of the real heroes of the team’s run was former Badger Rose Lavelle.

A native of Cincinnati, Lavelle played college ball at UW from 2013-16. The 24-year-old midfielder proved invaluable to the United States, scoring two goals in the team’s 6-0 rout of Thailand and one in the final to put them over the edge against the Dutch. This was Lavelle’s first World Cup.

Unsurprisingly, the crowd that gathered at the Rathskeller to watch the game collectively lost their shit when Lavelle punched in the dagger:

Congratulations to our @USWNT superstar and the newest @UWBadgers champion! #onwisconsin pic.twitter.com/YMOI4LyWsk

Lavelle’s stellar play has won her some high praise, too. Here’s what U.S. soccer legend Landon Donovan had to say:

And here’s Lavelle’s own teammate Sydney Leroux-Dwyer, away from the team so she could have a baby:

Wisconsin Gov. Tony Evers, the King of Cool, chimed in as well:

But I think The Athletic’s Molly Knight said it best:

Rose Lavelle is the most innocent looking assassin I’ve ever seen tbh.

Here’s a video of Lavelle’s absolute laser of a goal against the Dutch:

Nothing controversial about this one. What a goal from Rose Lavelle!

MRW I watch the replay of that goal:

If you’re feeling nostalgic, here’s Lavelle from her Badger days:

But soccer isn’t her only skill. She’s also arguably the goofiest member of the USWNT:

I remember one #USWNT video had a question where they asked who had the best Twitter account, and they said Rose Lavelle. What a gem. pic.twitter.com/1DMdbtTJvz

I’ve never related to anything harder than I do Rose Lavelle’s tweets 😂 pic.twitter.com/9x4YRvzH79

(Teammate and roommate Lindsey Horan called her “one of the most strange girls I know” and “the funniest girl I know,” and yeah, I can see that.)

And now that the World Cup is finished, Lavelle can finally get home to her extremely good dog, Wilma:

Party hard, Rose. You deserve it: