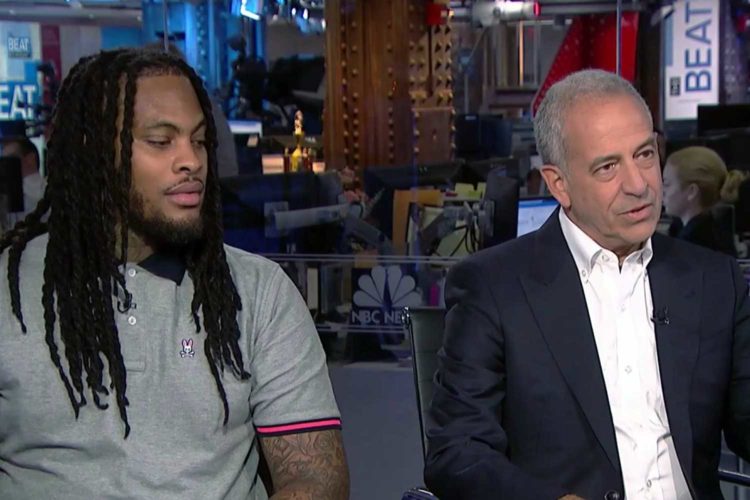 Last Friday, the unlikely duo appeared together on MSNBC’s The Beat with Ari Melber. At the end of each week, the show’s “Fallback Friday” segment brings together a random pairing of political and pop culture figures to talk about what needs to “fall back” (or GTFO, for the layman).

So what do Feingold and Flocka think needs to fall back?

For the former, it’s all about preserving wildlife. And the latter had some fashion takes to dispense.

Feingold served three terms in the U.S. Senate and now works with Campaign for Nature. During “Fallback Friday,” he cited a New York Times article which reported that 30% of the North American bird population has disappeared since 1970. The 66-year-old Middleton resident hopes a strengthened interest in conservation can help stave off mass extinctions.

There are 3 billion fewer birds winging across the U.S. and Canada than there were 50 years ago — a 29 percent decline overall. “This is the loss of nature.” https://t.co/BPbYukFAo0

Meanwhile, his panel partner Flocka says Croc-haters — the rubber clogs, not actual crocodiles — need to fall back. The 33-year-old Atlanta rapper specifically mentioned Kanye’s fancy new Yeezy line, praising them as game-changing footwear. (I have to point out that Flocka is incorrect here. Those shoes look like the wrapping on Asian pears.)

The internet has not stopped roasting these Yeezy Crocs 😂

Both men walked away from The Beat with a newfound sense of camaraderie. Feingold not only weighed in on Kanye’s fashionista status (“I’m OK with the Crocs,” he said, “but what he needs is a cheesehead”) but also praised Waka Flocka Flame’s interest in green issues.

“Thank you for letting me get to meet this guy,” Feingold told Melber. “He’s talking about educating kids. He says he wants to go green. He’s agreed to endorse our campaign for nature and says he might do some music for it.”

Please, please, please make this happen. The only thing that could heal these fractured times is a Waka Flocka Feingold collab.