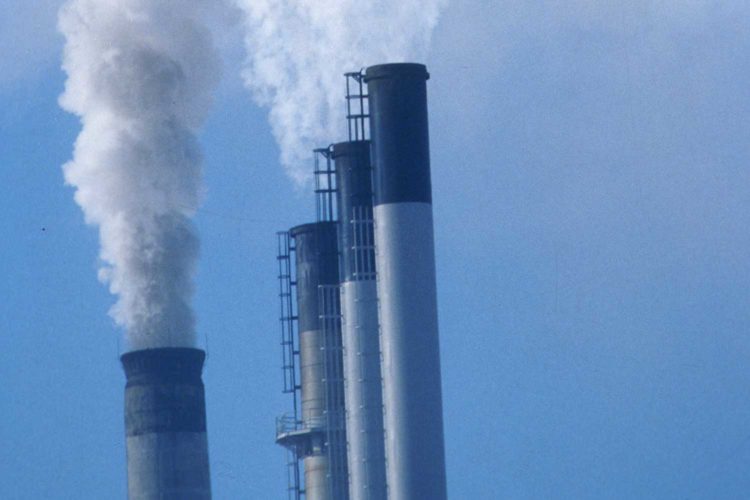 This week, the United Nations dropped a report on climate change. To put it lightly, things are not looking good.

Unless mankind can immediately (like, right now) begin to replace fossil fuels with clean energy, there will be a major climate shift beginning around 2030, says the U.N. Intergovernmental Panel on Climate Change. This means things like extreme heat and widespread flooding caused by rising sea levels, not to mention the economic impact the frequent calamity will have.

Aside from that, the panel says global warming must be capped at 2.7 degrees Fahrenheit, which at the rate we’re going seems impossible.

Next month, more than one million Wisconsinites will vote for Republican Scott Walker, who would rather just pretend the issue doesn’t exist. It’s pretty much the party line for the GOP. In fact, President Trump, who last year withdrew the U.S. from the Paris Agreement, said this week that climate change might be “fabulous.” The president isn’t on the ballot this fall, but our long-time governor is.

Since taking office in 2011, Walker has played fast and loose with Wisconsin’s ecosystem. For example, he favored making recycling voluntary. In 2016, he barred state agencies from complying with the Clean Energy Plan, because Obama. Last year, Walker rolled back numerous environmental regulations for corporations while also exempting the Chinese tech company Foxconn from crucial waterway and wetlands testing. And Foxconn itself is another beast.

The construction of the massive manufacturing plant in southeastern Wisconsin has many environmentalists on high alert. Though Foxconn claims it cares deeply about the environment, studies have shown it might actually be a major source of air pollution — which will be that much worse with the relaxed smog standards set by the EPA earlier this year. And that’s just the tip of the iceberg when it comes to the potential risks posed by the plant.

Walker’s opponent in next month’s gubernatorial election, Tony Evers, has meanwhile made his position on Foxconn clear.

“Just about anyone could’ve cut a better deal with Foxconn than Scott Walker did,” he recently told the Racine Journal Times. “With Foxconn, it’s been asterisk after asterisk and their end of the bargain seems to change by the day. It’s a lousy deal, and we’re going to have to hold Foxconn’s feet to the fire going forward.”

Evers presents himself as much more environmentally conscious than Walker. He’s called for an independent DNR, reverting the ability to choose the department’s secretary back to the Natural Resource Board rather than a political appointment by the governor. He was also the first Democratic candidate to announce his support for the Paris Climate Accords. As for Foxconn, Evers wants to force the company to install solar panels, which he calculates would create power for up to 33,000 homes in southern Wisconsin.

However, Evers’ plans hinge on Democrats taking control of the state legislature. As a Democratic governor with a largely climate-skeptical Republican majority, Evers would initially be fighting an uphill, if not losing, battle.

But while the Earth — and subsequently Wisconsin — may be on the brink of environmental collapse, there’s a chance this November to, at the very least, vote in a guy who believes it.