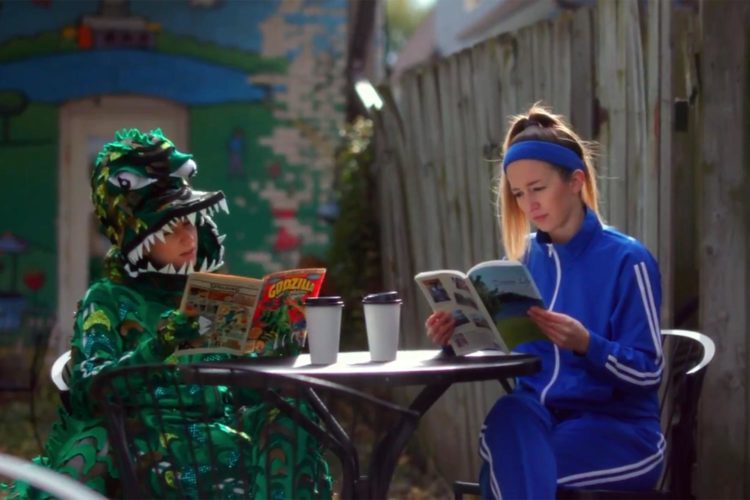 Local indie-pop duo Seasaw is back with a brand new video for their song “God(zilla).”

In the clip, Meg Golz and Eve Wilczewski play an athletic trainer and a Godzilla-esque lizard monster, respectively, stomping their way through Madison. And though the destruction is mostly cardboard, it’s still just metaphorical. The song is about inner strength, and according to a press release, Wilczewski’s Godzilla “is the alter ego and inner spirit of Golz… (she) is seen coaching herself towards embracing her own awesome but sometimes frightening power.”

Seasaw’s third LP, Big Dogs, comes out Sept. 7 (with a release show set for Sept. 8 at High Noon Saloon), and its title suits the message of self-actualization. They say it’s “taken from the ridiculous and self-assigned name that some people in power give themselves, and the duo’s message is a sonically beautiful rejection of this outdated term.”