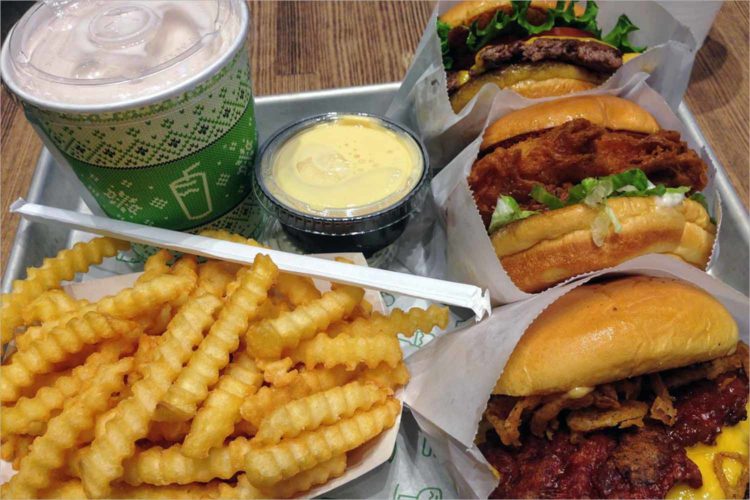 Shake Shack, the venerable burger and frozen custard chain from New York City, is coming to Hilldale Shopping Center sometime next year, according to a Hilldale spokesperson.

Though it appears Shake Shack hasn’t made the official announcement themselves yet (I wonder if the beans were spilled a little early), there is a job posting on their website for a Madison general manager, which is pretty much confirmation that it’s really happening.

It’s going into the Cafe Porta Alba space, according to the Wisconsin State Journal. That restaurant is still open but scheduled to close this weekend. And with the GM job already posted, it seems like Shake Shack wants to get going on the corner spot’s transformation pretty quickly.

The location is interesting, because SS generally prefers downtown, super urban locations, as opposed to the Hilldale’s somewhat suburban feel. So while a Capitol Square location would be jam packed, at least Hilldale has some parking.

This will be the second Shake Shack in Wisconsin — and let me tell you guys, the one in Milwaukee really lived up to the hype. Though it’s pricey for fast food, the burgers are always picture perfect with their two slices of roma tomato and leafy green lettuce sticking out of the wrapper, the fries are amazing with the cheese sauce, and the fried chicken sandwiches are super crisp and juicy. Oh, and the custard is great too, and Madison needs more of that.

I gave Shake Shack a high probability of opening here on my wish list of chains I want to see in Madison, and I was right. Maybe Waffle House will be next? In other chain news, Madison has been scrubbed from the Giordano’s website as a “coming soon” location. I guess a girl can’t have everything.