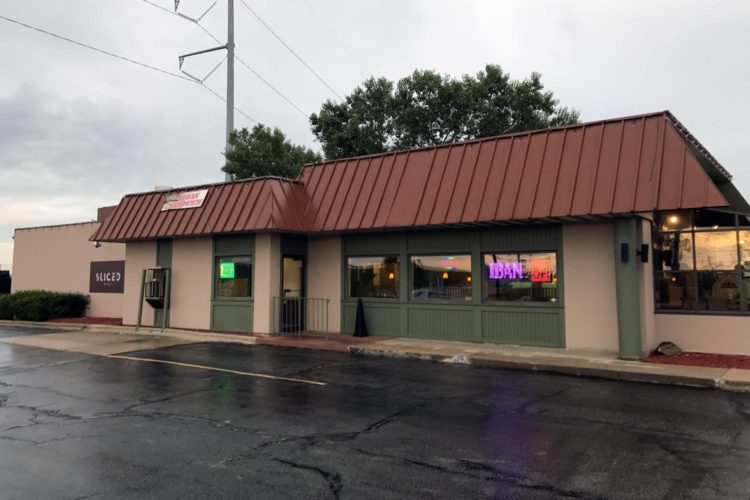 A few weeks ago, I wrote a sure-to-be award-winning article on the 10 best Arby’s restaurants in Dane County. The title was a bit of a joke because currently there are exactly 10 such restaurants, but I failed to mention that we also have a “phantom Arby’s.” A restaurant near West Towne Mall was an Arby’s franchise until last September, when it relaunched as Sliced Deli.

A longtime Arby’s employee and then franchisee, Sliced owner Kevin Breitfelder sought to improve his store by dropping the brand name and all of the restrictions that come with it.

“I wanted to get rid of the chain life,” he told The Cap Times in December. “The ball and chain became more constricting. It was time to cut loose.”

I figured it would be appropriate to visit Sliced and review it in a similar manner to my Arby’s reviews; that is, I awarded up to five stars in three categories: food, service and ambience.

The exterior of Sliced is pretty nondescript, with the notable exception of three neon signs that keep flashing different types of sandwiches or meat that’s available. And like a siren calling in its prey, these signs had me in a trance. “Beef” scrolled across the screen as my forehead began to sweat. “Reuben,” it blinked, triggering my mouth to water. 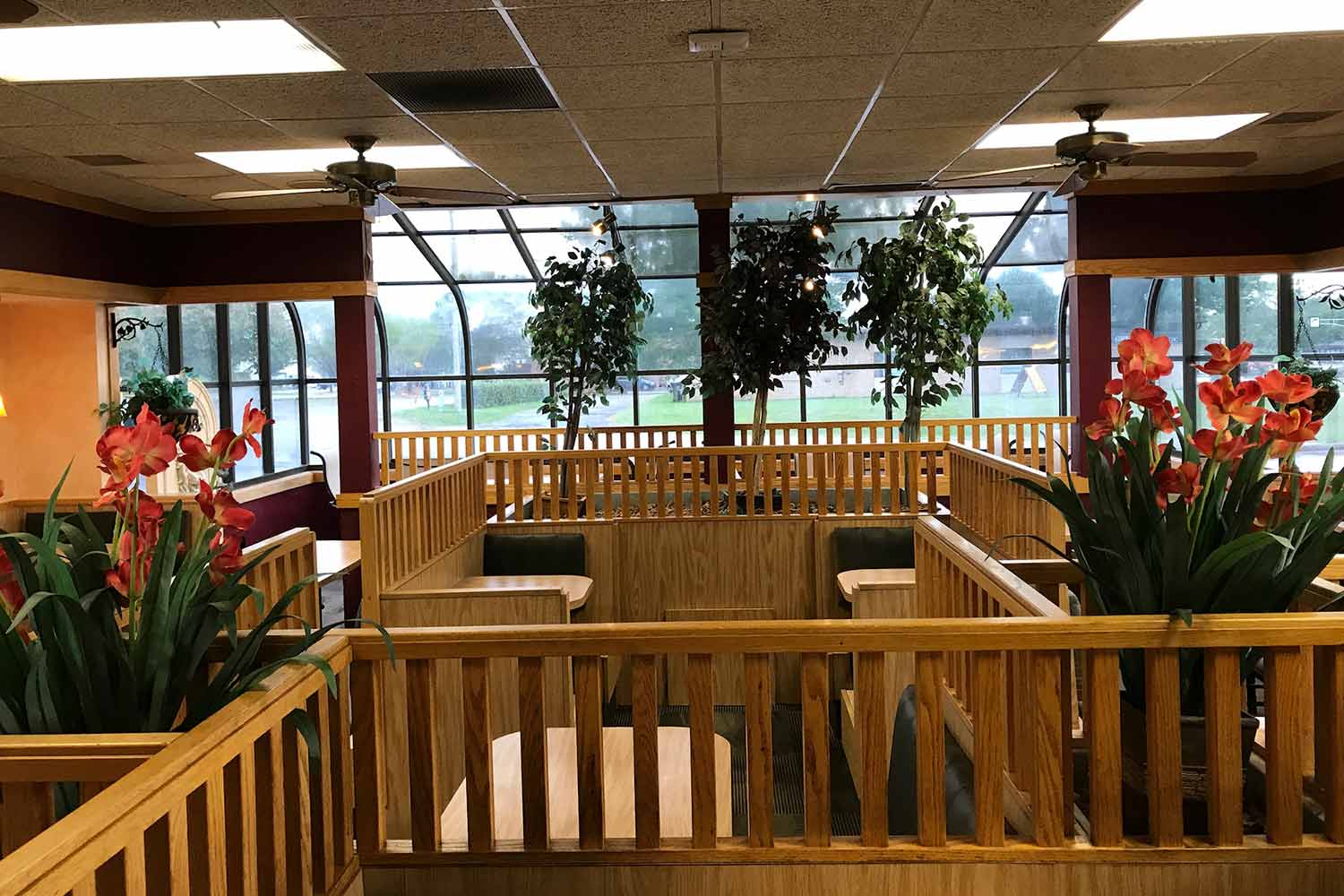 As I entered the building, its resemblance to Arby’s screamed out through beige walls and wood trim. This was an Arby’s shell filled with more plants and fewer corporate logos. Even the bell remained in place! It was as if Mom got a haircut but didn’t want anyone to notice.

In order to fairly compare, I wanted to order something similar to what I could get at an Arby’s. Staring up at the menu furthered my déjà vu. This would be pretty easy.

Working behind the counter were two men who looked fairly busy despite there being only a couple other customers in the place. Eventually I was able to order and took my food to the far end of the restaurant where there is some sort of atrium. This little nook, furnished with patio tables and chairs, has glass ceilings and walls. It even has a stone lion that watches over you while you eat. 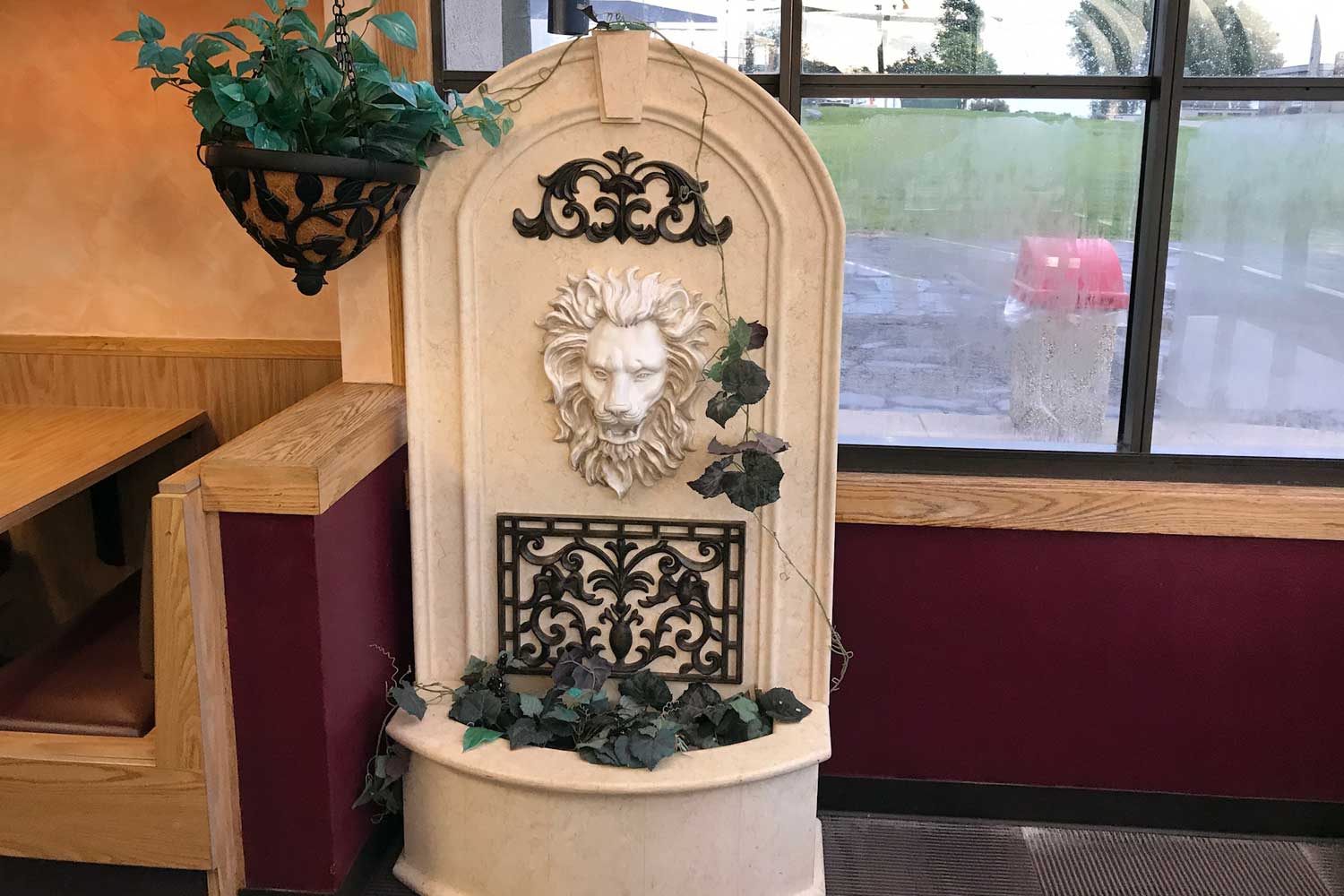 Digging into the food, the first thing I noted was that these curly fries were the same. This is a disturbing fact for any Arby’s fan who thinks the curly fries are something special or unique to their beloved chain restaurant. As someone who has cracked the Pepsi Challenge multiple times at Brat Fest, I highly doubt I could pass any type of parallel curly fry challenge. This, of course, is great for Sliced! They were able to replicate Arby’s best menu item without any sign of struggle. 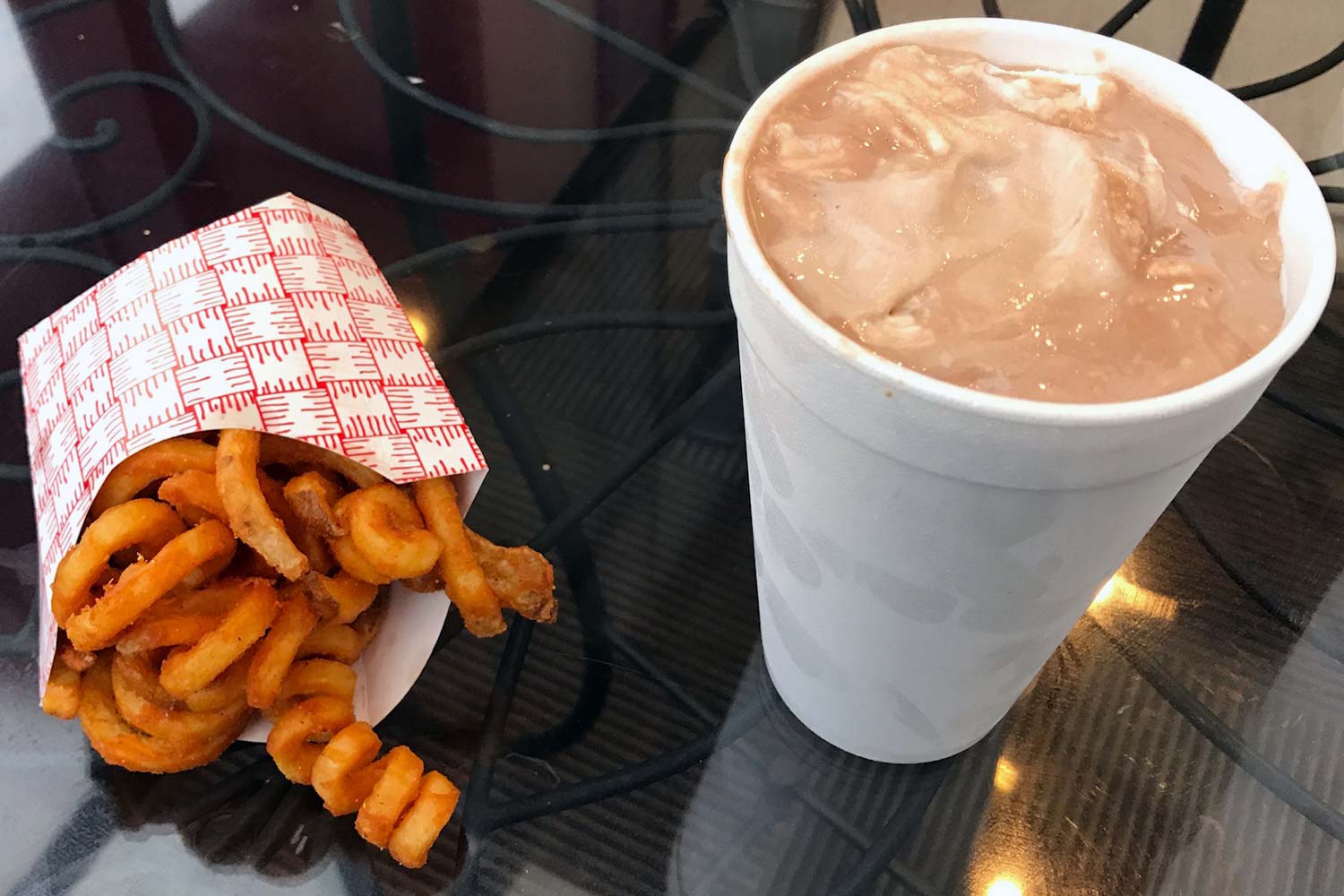 The brisket sandwich was next in my crosshairs. I pulled apart the layers to note the components: onion rings, brisket, cheese, BBQ sauce and mayo. This was a very similar sandwich to the Arby’s Smokehouse line I had in DeForest, but — I’m sorry Arby’s — this sandwich tasted much better. It wasn’t that the BBQ sauce was anything special; it really came down to the fact that Sliced uses a better quality of meat. 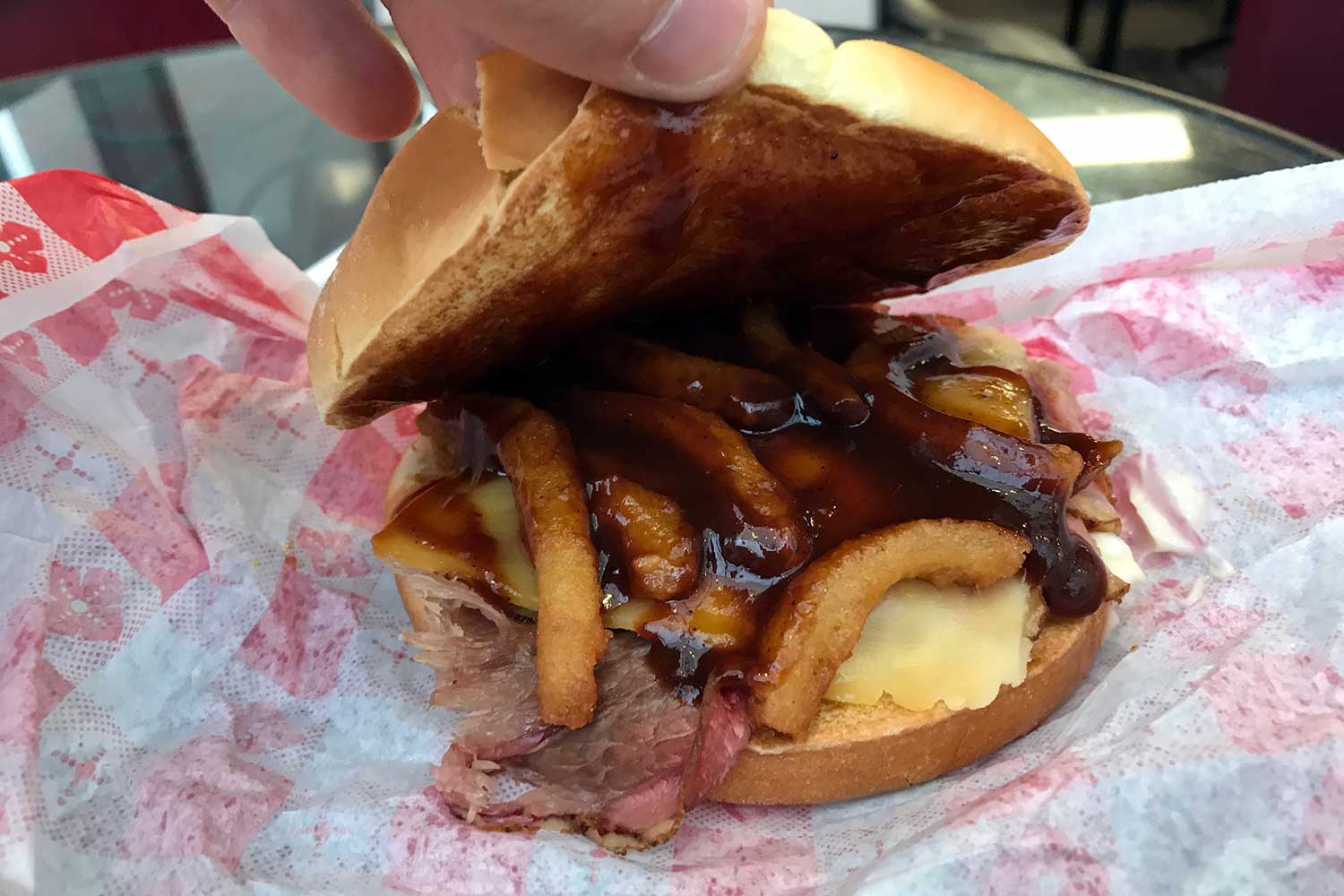 After gobbling down the savory portion of my meal, I moved on to the time-sensitive portion: the chocolate shake. What jumped out right away was the marbling of the shake. I like my shakes to have varying textures and flavor concentrations and not completely mixed. This is also an indicator that the shake is made with real ice cream, which is certainly what this one tasted like. Even though I ordered a small, the shake took the longest to consume and could certainly have been shared with another person.

Breaking free of its chains seems to have changed FKA Arby’s for the better; the composite score of 13 ties it with the top-ranked local Arby’s location (Sun Prairie). Simply put, Sliced Deli has better quality food at a better price. All that’s missing is a bit more creative freedom with the décor. Sliced may not be an Arby’s anymore, but it still feels like one.

I’ll be at the gym if anyone needs me.