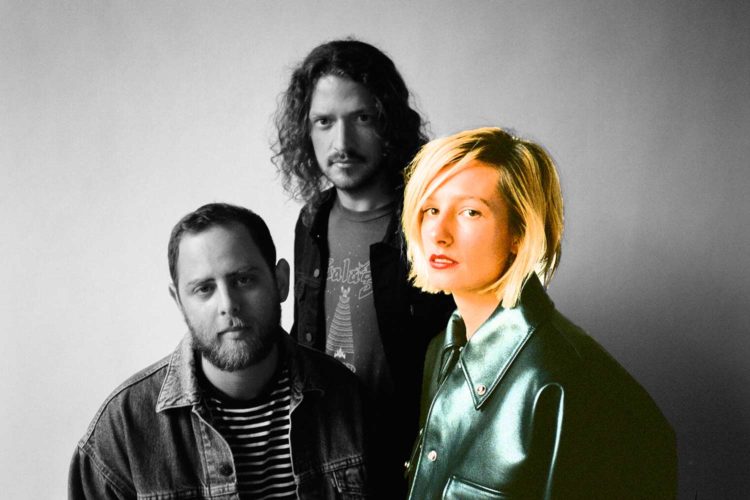 For a good thesis statement on Slothrust, look no further than “Double Down.”

The Los Angeles-via-Boston band, who will headline the High Noon Saloon on Oct. 23, just put out an excellent new album, The Pact. The first track is filled with everything that makes them great. It’s a showcase of soft/loud dynamics, building from a restrained intro into an explosive wall of sound that kicks in about halfway through. Coupled with the plain spoken obtuseness of singer and guitarist Leah Wellbaum’s lyrics, “Double Down” is the best song Dinosaur Jr. never recorded.

And while the band certainly does owe a lot to J Mascis, Wellbaum’s influence comes from more curious places. When asked if there were any individual guitar riffs that helped shape her playing, she says John Fahey’s “Sunflower River Blues.”

“John Fahey’s a really famous folk guitarist, and he did a lot of work over a lot of decades,” says Wellbaum. “With ‘Sunflower River Blues,’ he goes into a traditional fingerpicking style that I definitely emulate in ‘Travel Bug.’ It’s a song that I recorded in my house, by myself, with a classical guitar.”

Slothrust may be an alternative rock band by definition, but there’s so much going on below the surface that they demand a closer look.

Ahead of their High Noon Saloon appearance, I recently caught up with Wellbaum to talk about the making of The Pact and embracing your inner child, plus a surprise appearance by (ugh) President Trump.

I know you and your bandmates all have had classical training at some point. How much of that actually goes into Slothrust?

I think it just depends on the song you’re talking about. I think “Travel Bug” comes from that type of background for sure. And there was a song on our previous record (2016’s Everyone Else) that quoted a melodic line in “Black Orpheus,” so you can kind of find things like that throughout. We definitely love mixed-meter stuff and to play around with time signature, slowing up and speeding down — no, not speeding down. (laughs) I’m like opposite today. But speeding up and slowing down, that sort of thing. We like music that keeps you guessing and sort of keeps listeners paying attention because they don’t know what’s going to happen next.

You seem to play around a lot with dynamics, so I imagine coming from jazz or blues would help to keep you from beating the crap out of your instruments.

Improvisation with music forces you to listen to the other players you’re working with, which keeps you engaged in the present moment, which is something that we think is really important for all of us.

A lot of your lyrics are really funny. How do you filter that out to avoid just making the songs outright comedy?

I definitely think that I gravitate toward a dark humor intuitively. It’s how I’ve always been in writing. My approach to writing is to not censor myself and to put everything out there, see what shakes out, and then go back and edit afterward. I think some of the funniest stuff comes from ideas you think would not work initially. You know, over the top or too extreme. But then you put it in the right context and suddenly you’re communicating exactly what you want to.

You’ve said you like to write from the perspective of childhood as a sort of filter for adulthood. It makes Slothrust a combination of being loud, smart *and* nostalgic. Like post-adolescence almost.

I like that. I think there’s a sense of wonder you have as a child, and a sense of curiosity. That’s something that starts to fade out as you get older, and you start to deal with the realities of what it means to be a high-functioning person. So I like to tune back into times where you feel curious about the world, and where colors feel particularly saturated and textures feel new. And I think creating all types of art with that curiosity can make for compelling work.

‘The Pact’ is a lot sharper than your previous work. How did you approach the slicker production without losing your music’s more ragged edge?

We worked with a really great producer on this record, Billy Bush. He has great ears. He’s definitely the most experienced and talented mixing engineer that we’ve worked with. He was able to figure out ways to make our music super clear and have all the parts feel really defined. We also had someone amazing master this album, Heba Kadry. She did a great job making sure the mixes stayed really open. All the records we’ve done in the past, we ended up producing ourselves. So getting a different pair of ears on it was really great.

You self-produced everything before ‘The Pact’?

Actually, no. Our first album was produced by this guy Joe Saliba in Boston, but the past two albums we released were self-produced and made very quickly. And we worked with some amazing people on those as well, for sure. But everyone working on them was under a lot of pressure and a lot of time constraints. So this album gave us a chance to really take more space with the material when necessary and dig back in.

Was there any adjustment for you guys from pretty much working on your own for two albums to having another voice in the room again?

You know, Billy was great because he’s not controlling or overbearing. He takes up a really appropriate amount of space as a producer, which I think is really hard to do. And for us, he was the right balance. He was all about us coming to the right conclusions instead of messing with things. He’s not an ego player, and none of us are ego players either, so I think it was a really nice combination.

Do you have any specific songs from that album that you really enjoying playing live yet, or are you still figuring out their space, too?

We’ve been playing “On My Mind” live with just Kyle (Bann, bass) playing piano and Will (Gorin, drums) doing like a stripped-down kit thing, and I’m just singing. Which is really fun to do live, because I’ve never done that before. I’m always playing guitar. It’s interesting to have a moment in the concert that’s less loud. And that is more intimate.

Have you done that a lot before in the past, or are you still adjusting to being sans guitar?

It seems like there are a few people in punk-adjacent music that come from musical theatre. How does that inform you as a perform? The two genres seem at odds with each other.

I feel like I did not embrace that as much on the past couple of albums because I was more interested in austerity, and making music that was loud and heavy. Now I’m working to occupy a space that could be all of those things at the same time and also has an element of theatre to it, because that makes for the most dynamic show. The music that I enjoy the most has a lot of dynamics and a lot of range to it.

Do you want to approach more songs in the future like you did dialing back “On My Mind”?

I think I’m definitely into doing more material. We’ve been doing acoustic stuff with this material that’s going really well. It’s neat that it translates well at a lower volume. That’s definitely really exciting to me because I don’t want to have to be loud all the time. It’s great to be loud if you’re doing it with intention and you’re doing it in a way that feels powerful, but I’ve also heard a lot of loud music in my time that’s loud just for the sake of being loud. It’s fun for the artist, but it’s not actually doing something new or interesting. Obviously I like being loud too, but there’s an interesting balance that can be struck when you juxtapose that with really quiet moments.

(At this point, both of us get the “Presidential Alert” test text simultaneously.)

Sorry, I just got a text. From the president.

It’s a terrifying thing to just see in the notifications.

Oh god. Ugh. I heard something buzz like, “Let’s hope it’s something good!” But you never know these days. But you usually do know. It’s usually bad.