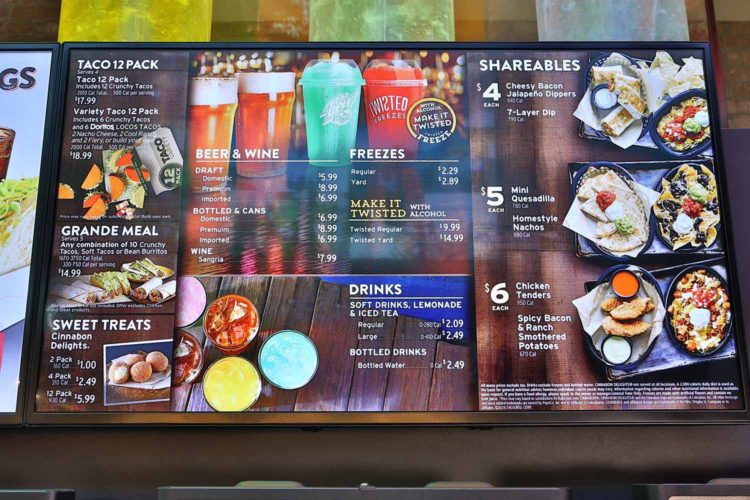 Just two months ago, we were all excited about the prospect of a Taco Bell Cantina (aka the Taco Bells that serve alcohol) coming to State Street. It seemed like a perfect fit for the urban location, with its throngs of broke college students and party-filled nights.

Earlier this month, the city council voted to allow Taco Bell Cantina’s liquor license, but with some big caveats: Alcohol would be sold no later than 11 p.m., and only beer and wine could be served. The whole point of drinking at a Taco Bell is to slurp down some slushie piña coladas, so a no liquor rule seemed like a large hoop to jump through. Who wants a glass of pinot with their nachos bell grande anyway?

In addition, Taco Bell agreed to install 17 security cameras, scanners for ID cards, and extra employee training. That all was enough to appease the city council, but Mayor Paul Soglin on Monday used his veto pen to put a stop to all of it.

In a news conference explaining his decision, Soglin shows once again just how far out of touch with reality he really is: “I see little public value in issuing a liquor license to Taco Bell and enormous costs to the people of our community and, in turn, to city government. If the license was associated with something of value — a new hotel, a fine restaurant — that’d be another thing.”

Who are you to determine the value of a business to me, Mayor? It’s clear you have enormous disdain for fast food restaurants. But even given its (many) shortcomings, fast food fills a large niche in a market that is populated by young people and college students with very little pocket money. Maybe the Taco Bell dollar menu is the best, most affordable way for a student to get full. Maybe that same student doesn’t give a shit — or can’t afford to care — about purchasing organic, non-GMO quinoa salad.

Your (and WISC-TV editorial director Neil Heinen’s) moral judgment, Mayor, that a fast food restaurant has no value is just plain wrong. And when you follow it up by saying that hotels and “fine restaurants” clearly do have value, you’re only contributing to the nose-in-the-air, holier-than-thou attitude that permeates Madison. L’Etoile and McDonald’s are able to coexist happily in the world because they fulfill different needs for different people. That’s not to say one is bad and the other is not; they both have merits.

Now, you also are concerned about binge drinking and violence on State Street around bar time. Yet, an establishment that isn’t a bar, only sells beer and wine until 11 p.m., and jumps through your hoops is somehow still not good enough. I call cop out, Mayor. Because if you really gave a shit, you’d reprimand Wando’s, or implement more binge drinking awareness programs on campus.

You also say you’d rather have more retail in the space instead of fast food or another liquor license: “I’m not ready to concede that brick-and-mortar retail is dead.” Hey, it’s time to stop living in the past. Retail is dying whether you like it or not. So how is putting in a retail store that may very well close before long a better thing for State Street than a fast food outlet that will actually bring in foot traffic?

The issues you want to bring attention to on State Street — like irresponsible drinking, violence and failing retail — all need addressing, Mayor. But not allowing a fast food outlet that serves alcohol is like putting a Hello Kitty bandage on a gaping wound. You’re using this situation as a soapbox to impose your value judgments against fast food and the people who eat it. You should be working with your city council and constituents to solve problems and bring businesses to the city, not create false controversy, stigmatize fast food, and hold liquor licenses hostage until something you deem “of value” comes along. Good luck with that gubernatorial campaign, because you’ll need it.