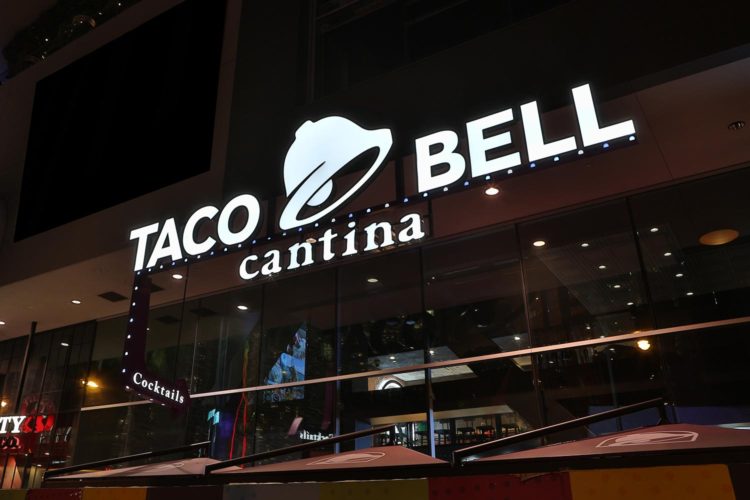 Taco Bell is planning to open a new location on State Street in December. But this is not just any Taco Bell. This is a Taco Bell Cantina, the company’s new concept that serves alcohol. As long as everything goes well with the licensing committee, you may be able to sip on sangria with your Doritos Locos taco by next year.

Taco Bell previously announced plans to open around 300 of the boozy Cantina locations before 2022, and it appears Madison is one of the lucky recipients. The company is aiming to attract walk-in traffic at urban locations, especially those who have been or are currently imbibing. State Street clearly seems like a logical fit.

According to a business plan submitted to the Alcohol License Review Committee, the Cantina location will serve the usual food menu, along with a limited selection of beer, wine and liquor. The floorplan includes keg and liquor storage rooms and a spot for beer taps and slushy machines directly behind the ordering counter.

The nutrition information attached to the business plan gives us an idea what kind of booze to expect, based on their flagship Las Vegas Cantina location. There are at least six slushy flavors, including ones that are probably boozed-up, like piña colada and margarita. Then there’s domestic beer, red and white sangria, and token liquors like whiskey and rum.

On the food side of things, Cantina location menus generally include items you can’t get at regular locations, like 7-layer dip, cheesy bacon jalapeño dippers, and the mysterious sounding homestyle nachos. (No word yet on if they’ll be selling the Chocoladilla.)

The business plan also includes proposed hours, which run from 7 a.m. everyday to 2 a.m. on weekdays and a bleary-eyed 5 a.m. on weekends. So it’s safe to say that they’ll be open for breakfast as well as fourth meal for all your bartime needs. Somehow, I think Taco Bell Cantina will do better than the Wendy’s it’s replacing.