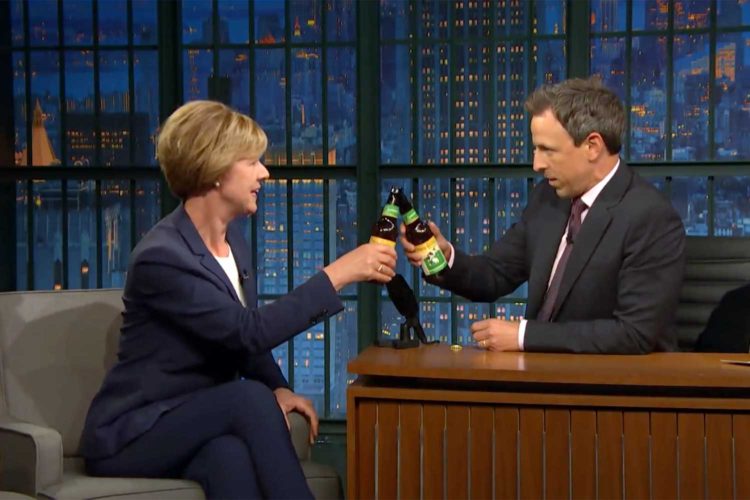 With midterm elections coming up this fall, many candidates — especially Democrats hoping to ride an anticipated blue wave to victory — have begun their goodwill tours.

One such person is Sen. Tammy Baldwin, who appeared on Late Night with Seth Meyers on Thursday to discuss topics such as President Trump’s family separation policy and Baldwin being the first openly gay person in the U.S. Senate.

But like any good Wisconsinite, she couldn’t stop by without bringing along a dish to pass — in this case, New Glarus Spotted Cow. The senator treated host Meyers to the beloved libation, sold only in Wisconsin.

“We don’t have to pour it in a glass, right?” Meyers asked.

You can watch clips from the appearance below. It’s maybe a good thing Late Night booked Baldwin and not Republican candidate Leah Vukmir, who possibly would have brought her gun.