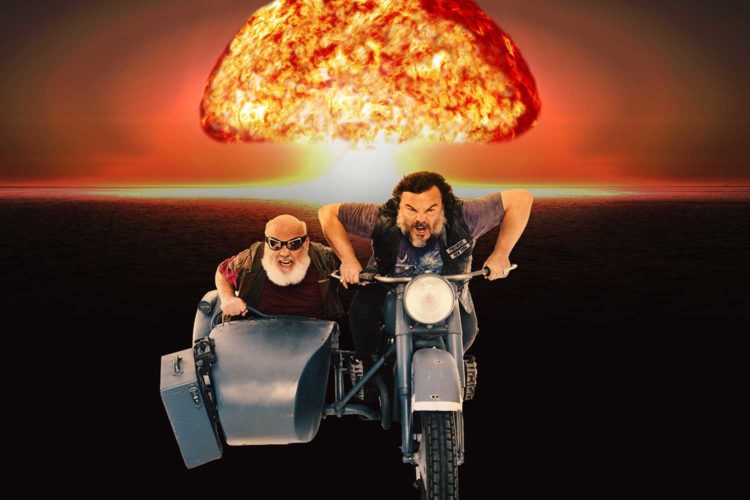 Tenacious D is coming to Madison to help save the world, one dick joke at a time.

The musical comedy duo of Jack Black and Kyle Gass will perform at The Sylvee on Sept. 26, it was announced this morning. The stop is part of their “Purple Nurple… Twisting Hard to the Left” tour, which focuses on swing states and is a partnership with 46 for 46. This type of political awareness is especially inspiring coming from the band who famously gave us taught us how to do push-ups with your dong.

Black and Gass have been performing together since the ’90s, and The D is far more than your average actor’s band. (No offense, Kevin Costner.) It plays to both the musical and comedic strengths of its members, one of whom is among the most well-known and bombastic performers of the 21st century. They famously wrote a tribute to the greatest song in the world on their first album, then made a movie for their second. And subsequent releases have seen the pair’s hilarious vision go even bigger.

For example, 2018’s Post-Apocalypto is a concept album set in a dystopian wasteland. There’s also a six-part animated series and graphic novel to accompany it. One of the songs on it is called “Fuck Yo-Yo Ma.” Never change, guys.