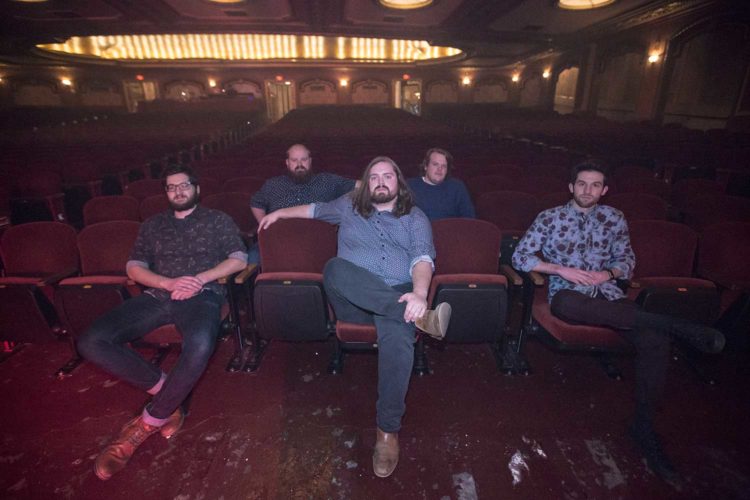 The day I spoke to Them Coulee Boys’ Soren Staff was a momentous one in the band’s history.

Shortly after our conversation, the Eau Claire-based folk rockers — who play the High Noon Saloon this Thursday, March 14 — officially signed to North Carolinian indie label LoHi Records. And Staff’s cheerful reaction to the news was pretty on-brand for a bunch of twentysomething dudes from Wisconsin.

“We’re literally meeting up, signing it, and going to get drunk,” he jokes.

The 27-year-old Staff is still a bit too young to conjure up the grizzled, pastoral landscapes that Americana craves. But Them Coulee Boys have an innate ability to take limited experience and mine it for underlying emotional beats. After all, it’s not about what you’ve seen or done but how you’ve processed it that resonates.

When he sings about being 17 years old and 10 feet tall, as he does on the opening track of their 2016 album, Dancing in the Dim Light, there’s a gravity to it. And much of Them Coulee Boys’ music is youthful in tone, the work of friends and family (Soren’s brother Jens also plays in the band) who’ve spent their lives together.

Musically, the band is harder to pin down. The easiest thing to do would be to shuffle the quartet into Americana, but there’s more at work here. Staff talks about growing up in western Wisconsin’s Coulee Region, listening to classic rock and country with his father and grandfather. But like so many mid-aughts teens, he came of age on woah-oh’s rather than banjos.

“I was in a punk band in high school, but it was like pop punk, with the big choruses.”

Oddly enough, it shows in Them Coulee Boys’ work. Staff has a knack for writing great hooks, and many of their songs are straight-up rockers (and their live sets are incredibly high energy). So when it came time to make the band’s third album, he and his bandmates sought out a producer who could help them walk the line between gentle and raucous.

The still-untitled LP was helmed by Dave Simonett, the Minnesota musician behind Trampled By Turtles and Dead Man Winter. Them Coulee Boys have toured with Simonett’s bands in the past, but for Staff the choice went beyond the familiarity.

“It made sense to have a guy who had made great bluegrass and folk records and also great rock ‘n’ roll records,” Staff says.

Simonett was more than just a reassuring presence in the studio. Staff says he also gave credence to the band as a whole. Them Coulee Boys are all longtime fans of Simonett’s work, so to have his encouragement was an indication that they must be doing something right.

But Staff, ever humble, puts it more succinctly:

“It’s funny, because five years ago I remember waiting in line in Milwaukee at the Pabst Theatre trying to get front row for (Trampled By Turtles). Now I have that dude’s number.”

Them Coulee Boys will play the High Noon Saloon on Thursday, March 14, as part of the Blue Ox Festival pre-party. They’ll be joined by the John Stickley Trio and Old Salt Union.