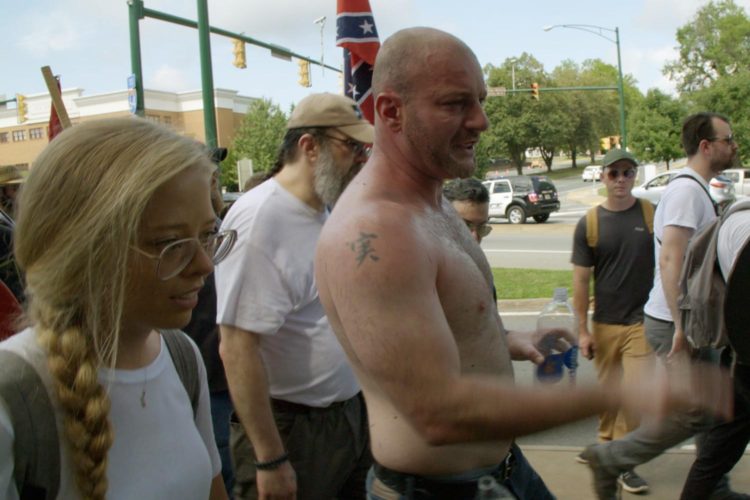 Generally, the work I do here is pretty silly and inconsequential. After all, I’m the Senior Escaped Elephant Correspondent. But after the last few days, it’s much harder to find something funny to say.

Between the white supremacist rally in Charlottesville, Va., the terrorist incident the day after that resulted in a woman’s death, and the president’s series of shitty responses — most infuriatingly, yesterday’s calling of the Nazis, Klansmen and Pepe the Frog’s Le Dank Meme Stash as “very fine people” — I’ve been more disgusted in my country than I have been since… I don’t know, probably last week.

Specifically, I’m pissed off about Donald Trump’s babying of white supremacists who gathered in Charlottesville to protest the tearing down of a Confederate statue. “Very fine people” is not how you would describe Christopher Cantwell after watching “Charlottesville: Race and Terror,” a riveting Vice News Tonight episode that aired on HBO on Monday night and is embedded below. It’s a firsthand accounting of the protests and features interviews with several prominent white supremacists, including Cantwell.

Self-styled as a proto-fascist shock jock, Cantwell uses much of his screen time drawing battle lines. He rants about “little black savages.” He shows off his assault rifle(s). He advocates violence against the “animals” who oppose him. Any time Cantwell was on screen, I found myself so overcome with rage that I nearly threw my phone through the TV. He’s a failure of a human being, completely devoid of morals or empathy.

And it’s that type of reaction that makes “Charlottesville: Race and Terror” necessary viewing. White supremacy is evil and uncomfortable, and Vice reporter Elle Reeve does the task of painting it as such through her interactions with self-styled revolutionaries like Cantwell, David Duke and Matthew Heimbach. But the piece also includes gripping interviews from Charlottesville residents who never wanted the Nazis there in the first place.

“Charlottesville: Race and Terror” is unflinching, powerful and absolutely vital. And anyone who’s still hanging onto the notion that there are two sides to all of this needs to check it out.