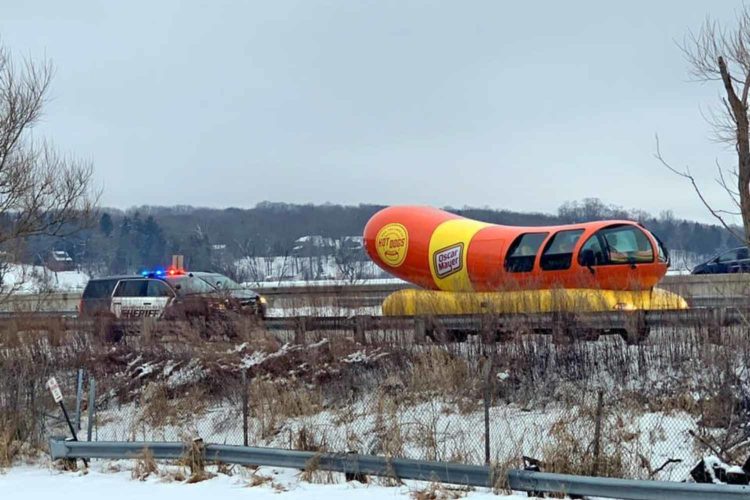 Despite this state’s deep love of encased meats, not even the Wienermobile is above the law in Wisconsin.

On Sunday, Jan. 26, one of Oscar Mayer’s giant frankfurters on wheels was pulled over in Waukesha County for violating the state’s “Move Over Law.” The statue requires drivers to either change lanes or slow down when they see a car on the shoulder with its hazards flashing. This Hotdogger (I’ll get to that) did not and was stopped by a sheriff’s deputy before being let off with a warning.

But perhaps the biggest takeaway from this story is the fact that Wienermobile drivers are called “Hotdoggers.” I don’t know if you knew this already, but I didn’t and it’s incredible. It’s the best thing I’ve learned in a while. And you can “meat” (their pun) the Hotdoggers at the Oscar Mayer website, meaning the culprit is likely one of these 12 people. Is it Lunchmeat Luke, a recent UW-Madison grad who’s completed 1,840 games of Words with Friends? Or perhaps Carly Jean Hot Dog Queen, who has impressively climbed five mountains in the last two years?

As an ex-Chicagoan, I’d lay blame on any one of them who puts ketchup on a hot dog. Some folks just want to watch the world burn.