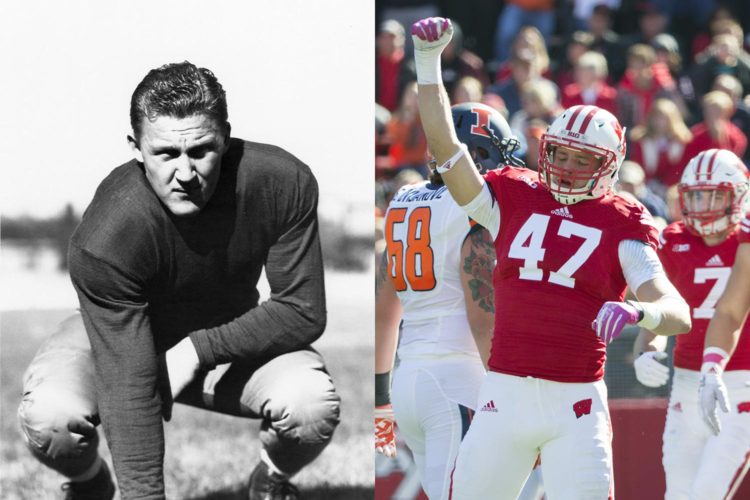 That’s the number of University of Wisconsin football players who have been drafted by National Football League teams since the first NFL draft took place in Philadelphia in 1936, according to NFL.com.

While Wisconsin is affectionately called “Running Back U” by some, the nickname “Offensive Lineman U” might be more fitting. An impressive 10 offensive lineman have been selected over the past 10 seasons, including Ramczyk. Six linebackers, four running backs and one quarterback after been selected in that span.

A piece of sports trivia, for the next year anyway: Wisconsin football fans can say the program’s very first draftee and its most recent were both selected by the Green Bay Packers. Eddie Jankowski was drafted by the Packers in the first round in 1937. Biegel was selected in the fourth round in 2017.