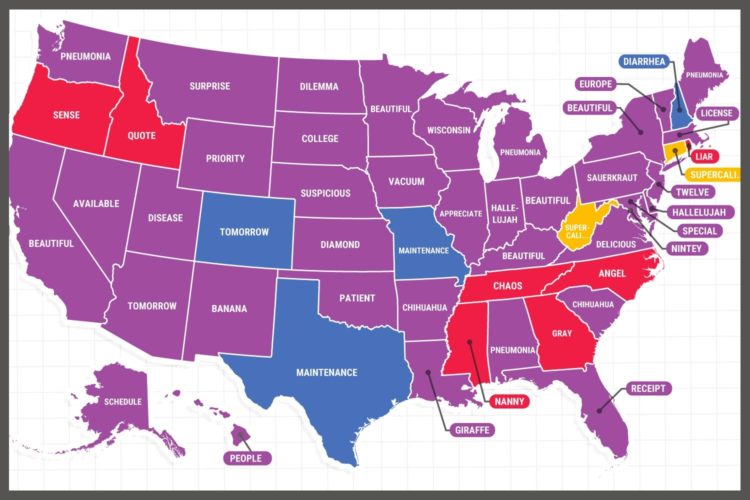 There are a lot of things people like to give Wisconsinites shit about. From our accents to our affinity for wearing cheese as hats to the egregious partisan gerrymandering of our voting districts, we wear all of our quirks as a badge of honor (except for that last one). But now the rest of the nation is taking us to task on our spelling, and this time, we earned it.

According to a map released by Google Trends this week, the state of Wisconsin’s most commonly misspelled word in 2017 is… “Wisconsin.” Wow. We got momentary relief when Google retracted the map on Wednesday due to a supposed error and indicated that our most misspelled word is actually “tomorrow,” which would have given us something to chat over beers about with Colorado and Arizona.

However, the map was again retracted later in the day, as a Google representative confirmed that “Wisconsin” is indeed the most misspelled word in the Badger State. And to my fellow Wisconsinites, I say this: Go open up your wallet, purse or whatever you carry with you, and look at your driver’s license. If you don’t have one of those, go to your closet and find your brightest red shirt. Chances are it’ll give you the proper spelling for the name of our state without having to go through an embarrassing Google search.