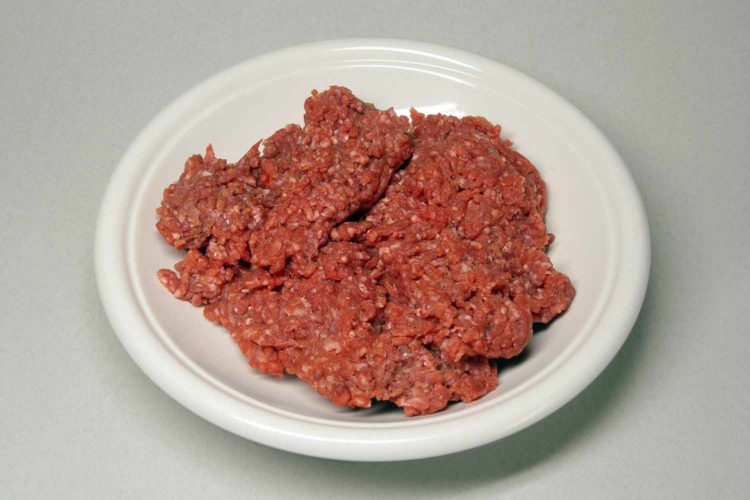 I’ve always known Wisconsin was an eccentric state, but lately I’ve been wondering if that’s really the right word.

From the gently odd to the more terrifying variants, it seems as if brains operate differently in our slice of the upper Midwest. Maybe there’s some sort of perma-freeze slowing our synapses, but it’s the only way I can rationalize the local “tradition” I just learned about: the cannibal sandwich.

The internet’s been abuzz lately with news of a culinary monstrosity, which is just a sandwich filled with raw meat. I had never heard of this alleged staple before — maybe because a good portion of the state likes to pretend the stateline town I’m from doesn’t exist — but it’s apparently widespread enough for the Wisconsin state health department to issue a warning. (The USDA tried to raise the alarm with a tongue-in-cheek blog post from 2018.)

For many #Wisconsin families, raw meat sandwiches are a #holiday tradition, but eating raw meat is NEVER recommended because of the bacteria it can contain. Ground beef should always be cooked to 160 degrees! Get more holiday food safety tips: https://t.co/h3fi4TfPye #foodsafety pic.twitter.com/jDqmkt6uOU

Now, speaking as an employee of a grocery store that recently played the unwilling host to an anti-mask protest, I know a lot of folks here will always do the opposite of what the state recommends. The cannibal sandwich is their beloved tradition, goddamnit! And no liberal snowflake is going to take away their right to give themselves e. coli.

“Our dirty little secret is out,” Wisconsin Historical Society assistant director of guest experience Anna Altschwager recently told The New York Times. “The health department is right to say what it said. Will it fall on a lot of deaf ears? Yeah.”

Now if you’ll excuse me, I must prepare for my family’s annual holiday tradition. We kick each other in the face with steel-toed work boots. What, you’ve never heard of it?

Update: Maybe I spoke too soon? After this article was published, I was hashing out the finer point of raw meat consumption with a pal on the Bird Website. I decided the quickest way to settle it would be to solicit input from the God King of Eating Weird Shit himself, Bizarre Foods host Andrew Zimmern.

And to my total and utter surprise, Zim weighed in.

Any raw meat dishes that of all shapes, sizes and cultures of origin are AOK by me. You have to really know and trust your resources and methods but it’s delicious.
I made a delicious tartare with venison a few weeks back, beef version yesterday

So there you have it, folks. Raw meat is in fact OK, as long as you trust the source and prepare it carefully. And that’s the bottom line, because Andrew Zimmern said so.