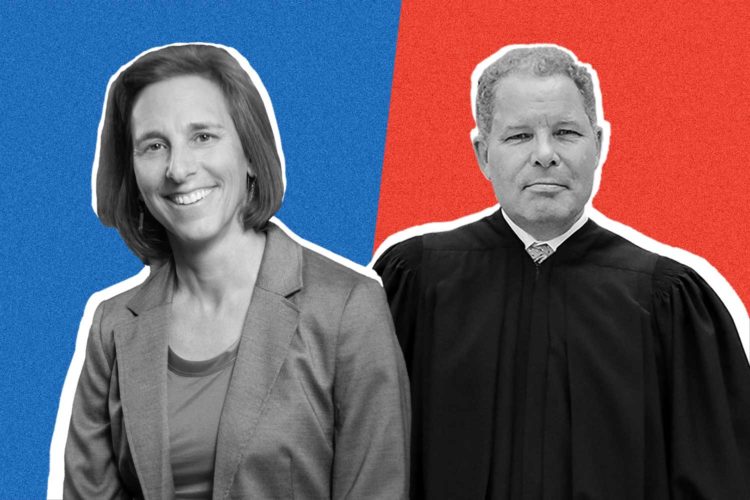 Over the next couple days, let’s look at what’s on the ballot. First up:

With a 10-year (!) term on the line, it’s difficult to understate the importance of the race between incumbent Daniel Kelly and Dane County Judge Jill Karofsky, his polar opposite challenger. Over the next decade, the state’s highest court will take up issues like redistricting and voting rights. Their decisions may shape Wisconsin for a generation.

Kelly is about as conservative as they get, at one time publishing reprehensible blog posts about LGBTQ people. Even so, Kelly’s been on the bench since his appointment by Sc*tt W*lker in 2016 and touts a commitment to interpreting the laws as written. But Kelly’s claims of impartiality is only lip service; in reality, he’s a far-right Christian conservative who holds all the same reductive views as you might expect from a red-faced white man in his late 50s.

On the other side, the liberal Karofsky has accused Kelly and other Supreme Court conservatives of acting “like politicians” and making decisions before anyone’s even set foot in the courtroom. Under that metric the same could be said of Karofsky, though her views are more… humane. She’s a staunch supporter of reproductive rights (which Kelly once called a liberal plot to “preserve sexual libertinism”) and gun control (Kelly can’t even read the room on the topic). Karofsky also expresses a desire to overhaul the justice system.

In a perfect world, the courts would be impartial — but true neutrality is hard to come by. So let me ask: do we really need two guys on the state’s highest court with a history of flagrantly homophobic statements?