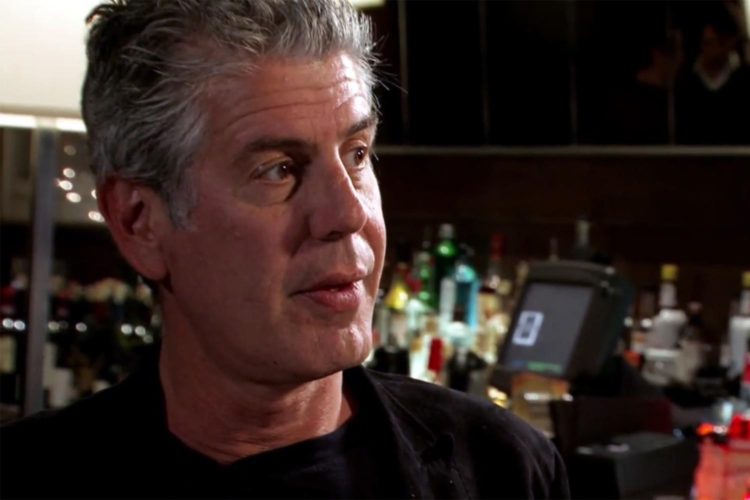 Bourdain was a huge influence and inspiration to me, and one of the primary reasons I wanted to be a writer. While I’ll never claim to know anything about food other than that I like it very much, Bourdain seemed to speak my language. He tempered heavy snark with uncontained joy, and he was full of curiosity and life any time you saw him onscreen.

Over the years, Bourdain trekked the globe to experience local cuisine and expose millions to new tastes and cultures. In 2010, a “heartland”-themed episode of his Travel Channel series No Reservations brought him to Milwaukee. Bourdain explored the Cream City with James Beard Award-winning chef Adam Siegel, who currently serves as the executive chef for The Bartolotta Restaurants.

Bourdain and Siegel visited several stops in Milwaukee’s vibrant culinary scene, but one of the true highlights is a deleted scene in which Siegel takes Bourdain to lunch at Solly’s Grille in Glendale for a Wisconsin original: the butter burger.

Here is a link to the full, appetizing and apparently non-embeddable three-minute clip, a testament to both the mouth-watering goodness of Wisconsin comfort food and Bourdain’s famous thirst for new experiences.