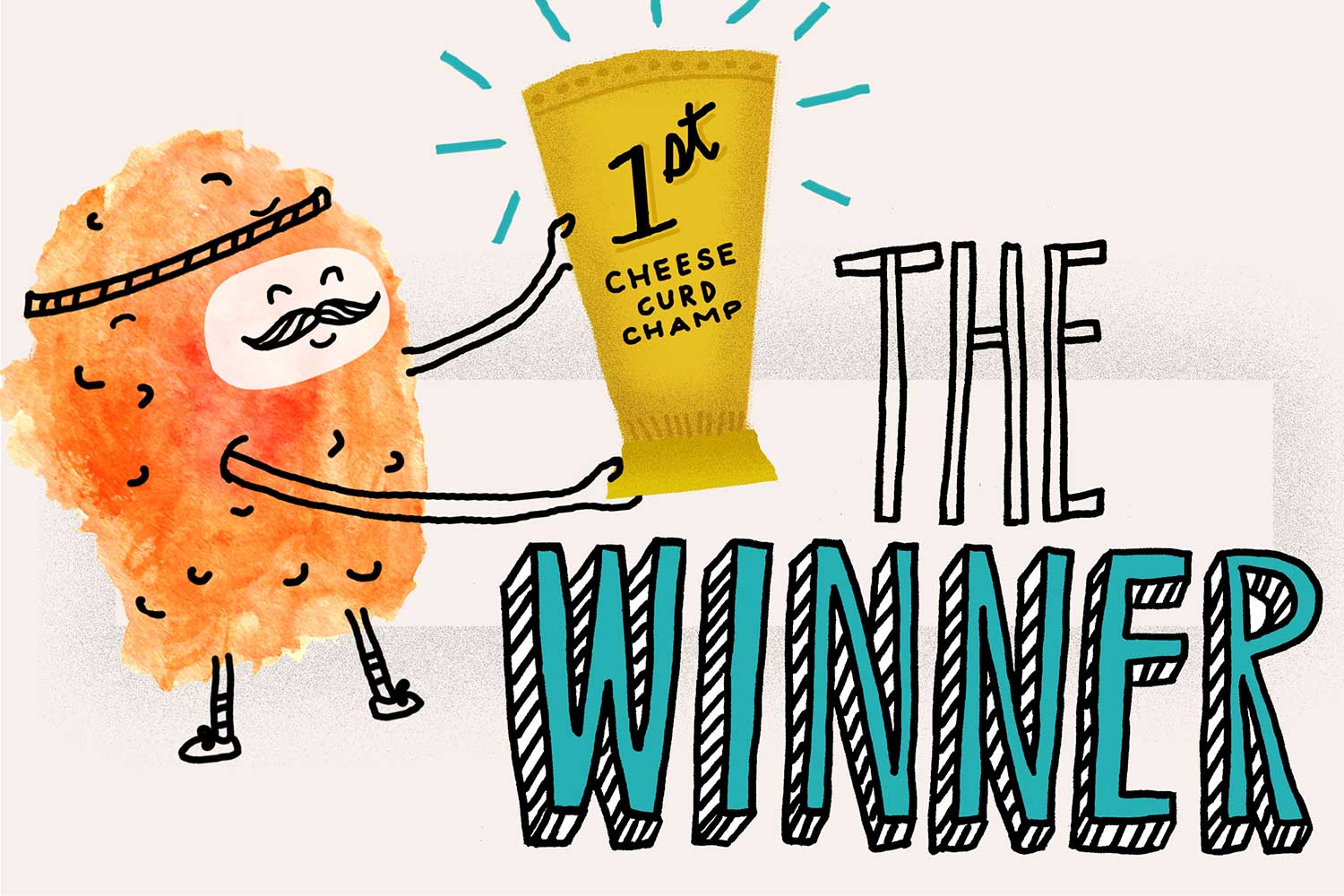 Cheese curds: The lifeblood of Wisconsin.

In no other state can you order cheese curds and be presented with a basket of fried, melty deliciousness. Madisonians seem particularly drawn to the siren song of hot cheese emanating from every bar’s menu. It’s just who we are.

This month, The Bozho sought to find our city’s best curds. We devised a competition bracket — like the NCAA tourney, but edible — made up of 32 of our favorite spots for curds in Madison. In recent weeks, you voted for your favorites and now just one champion remains.

Which curd will reign supreme? Find out below, after a quick review of how we got here.

This set the stage for one of the competition’s premier matchups, as Curd Girl drew Graze in the Elite Ate. A 12-point win there (56.2% to 43.8%) led to a matchup with another Capitol Square establishment. The Coopers Tavern was perhaps the field’s Cinderella story after it knocked off Merchant in the opening round and kept on winning — until Curd Girl pulled out a six-point Fried Four squeaker (52.8% to 47.2%).

But the road to the Fried Four suddenly got very tough for Tipsy Cow when the downtown tavern faced OSS in another of the Elite Ate’s top pairings. Tipsy Cow squeaked out a 14-point win (57.1% to 42.9%) and parlayed that fortune into a decisive 35-point underdog victory over The Old Fashioned in the Fried Four (67.4% to 32.6%).

This all set up Curd Girl vs. Tipsy Cow in the Curd Championship. After 2½ weeks of voting, including 3½ days for the title matchup, Madison has picked an inaugural The Bozho Cheese Curd Bracket champion.