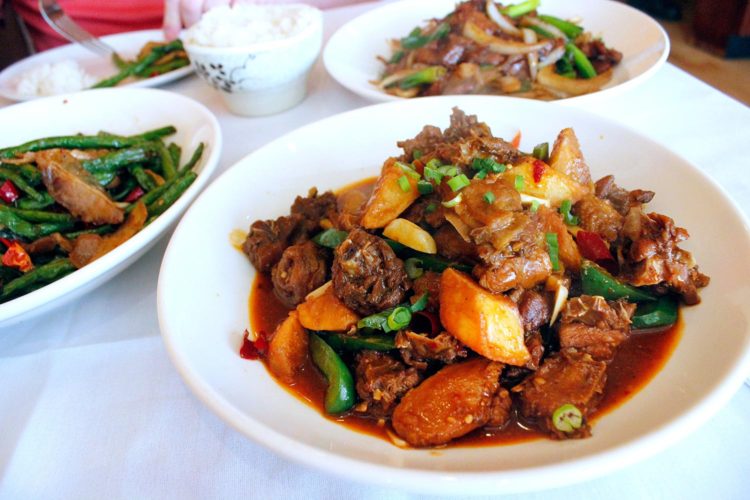 Show me a menu of 160+ items, and I’ll show you some great dishes and some bad dishes. But mostly, a ton of so-so dishes. With a menu that large, it’s easy for the kitchen to overlook fundamentals, sending out food that could be so much better if given just a little more attention.

The in-between, mediocre purgatory is where everything I ate at Chili King fell. I wouldn’t have ever guessed this when walking in and seeing a few large tables strewn with gorgeous fish filets bathed in bright yellow sauce and platters of stir-fried vegetables. Indeed, the plates of food looked amazing and were served in record time, still steaming from the wok. The aromas wafting from the kitchen — and my plates — were sublime, but unfortunately smell cannot alert you to chewy beef, flaccid pork belly or dry chicken.

There was so much promise in a dish called spicy chicken with potato. The sauce, just thick enough to coat the meat and vegetables, was full of sliced garlic, bay leaves and dried chiles, with just a hint of cumin and some green bell pepper. It was reminiscent of a fragrant Indian vindaloo, and I bathed my white rice in that sauce. But nothing can save a dish from tough chicken, dry as a desert.

The dish came from the non-“American Style” portion of the menu, which makes up all but about 20 dishes. When I ordered it, my server informed me that it’s made with bone-in chicken, and asked if that was OK. “Sure,” I said, because as far as I know, there are no boneless chickens flapping around out there. So I was expecting bones — most pieces were more bone than meat — but I wasn’t expecting the meat that was there to be tough. It was like chewing day old gum. No amount of prying with fingers, chopsticks or fork could wrestle the meat away from the countless rib and neck bones. After getting a paltry amount of meat off a few pieces (and stuck firmly in my teeth), I gave up and resigned myself to the creamy chunks of potato. 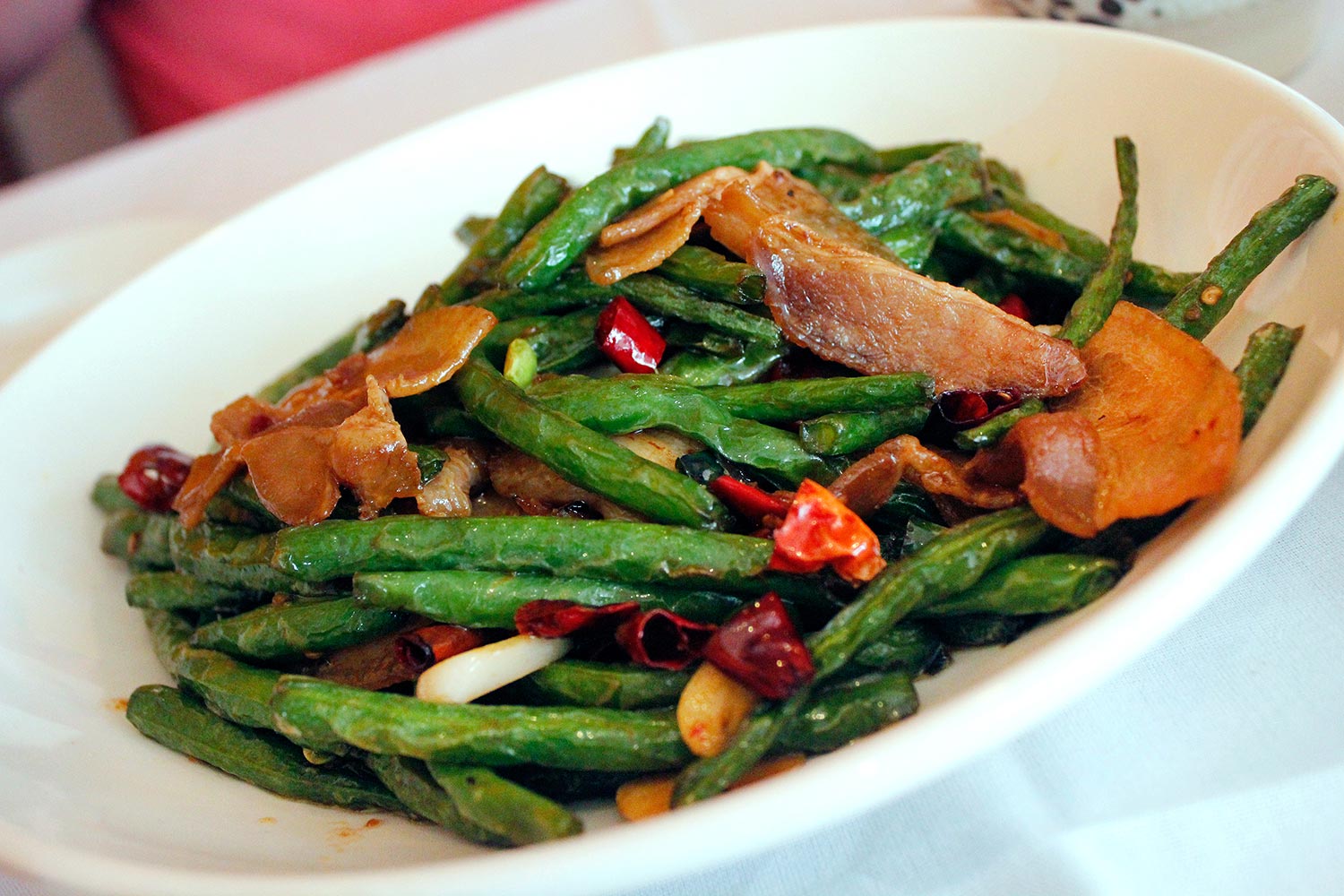 Twice cooked pork with string beans had the same initial potential but was pulled down by the meat. Thankfully, though, the meat was secondary to the green beans, which were cooked to a perfect tenderness. Wrinkly skins affirm the preferred cooking method for Chinese green beans: dry frying. It produces a tender bean that still holds its shape and color. In this case, the beans were then stir fried with a boatload of sliced garlic, dried chiles and twice cooked pork belly. The pork, though, lacked any of the supple, melt-in-your-mouth quality of Chinese braised pork belly. It was chewy and dry, with a texture not unlike parchment paper. Again, I picked around the meat, going straight for the lovely beans.

Perhaps a dish from the “American Style” portion of the menu would do better? No such luck. While the sauce and vegetables in Mongolian beef were delicious, the beef slices erred on the side of shoe leather. If it wasn’t for that beef, this would be the best version of Mongolian beef I’ve found. It’s for onion lovers only, with slivers of white onion that retained just enough crunch, along with scallion pieces that matched the length of the onion for uniformity. The sauce was heavy on ginger and garlic — they love garlic in this kitchen, as do I — and there was only just enough to coat, avoiding the gloppy mess that some places serve. My first bites of onion were fantastic, but then I had to work a piece of beef down with a few glugs of water. Deflating. 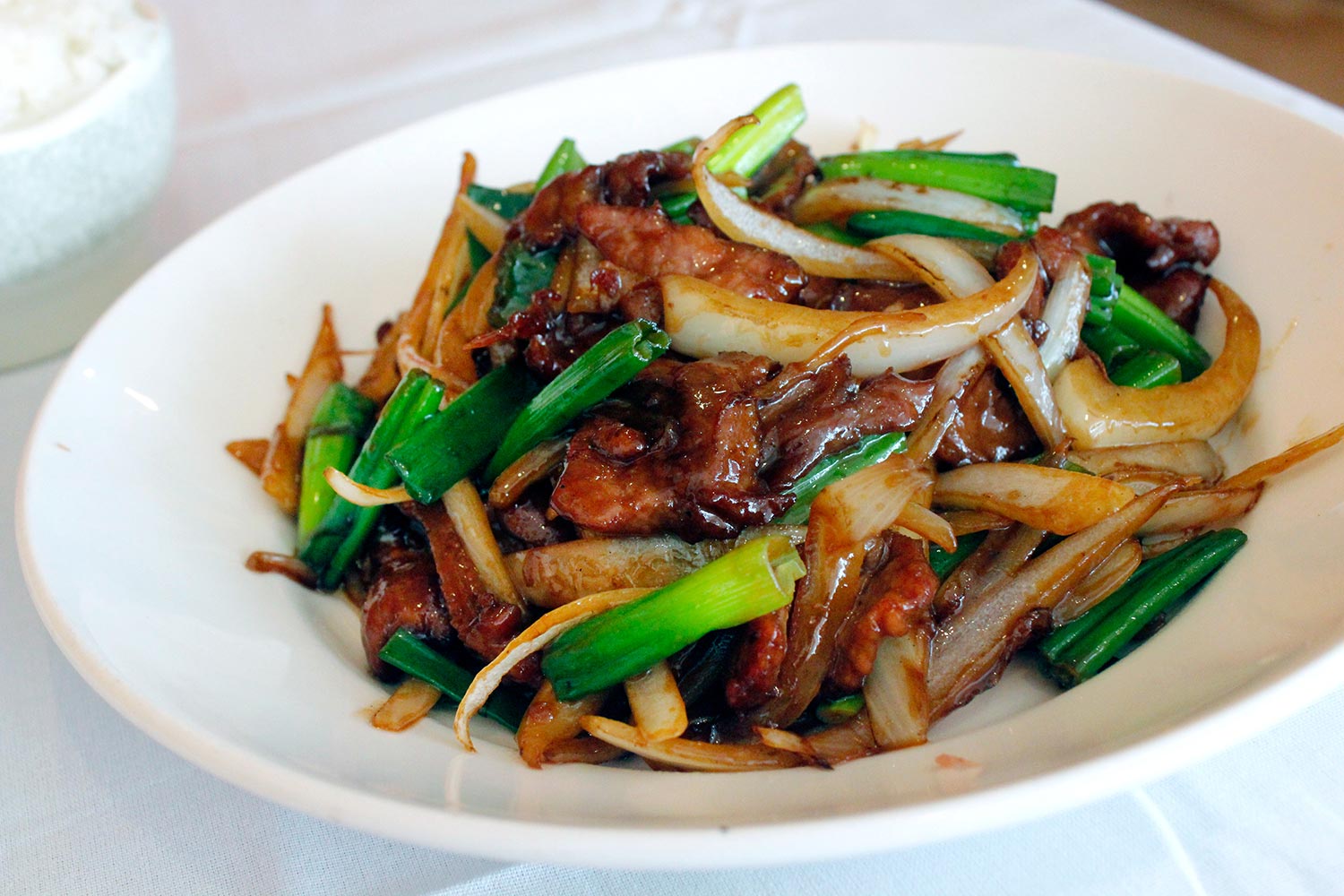 Chili King is a family-run business which, in my experience, generally makes service friendly but quirky. My group was greeted warmly and treated like guests while ordering, but we were ignored the second we finished eating. This made for one of the most awkward 20 minutes I’ve ever experienced in a restaurant, considering we were sitting about six feet from where the employees were standing to watch over the dining room. Eventually, I couldn’t take it anymore and helped myself to the leftover containers on a table directly in front of the employees to signal that yes, we’re really, really finished. Did I want to take the leftovers home? Not really, but direct eye contact didn’t work in getting their attention, so leftovers it was.

The kitchen knows Chinese flavors well and churns out amazing vegetables and sauces, but needs to improve its meat game. There are many dishes available here that you can’t get elsewhere, from shredded pork stomach with bamboo shoots to a casserole of hot chili sliced fish, so I hope they get their kitchen — and weird service — issues straightened out. In the meantime, order takeout and stick to the “Vegetable” portion of the menu.