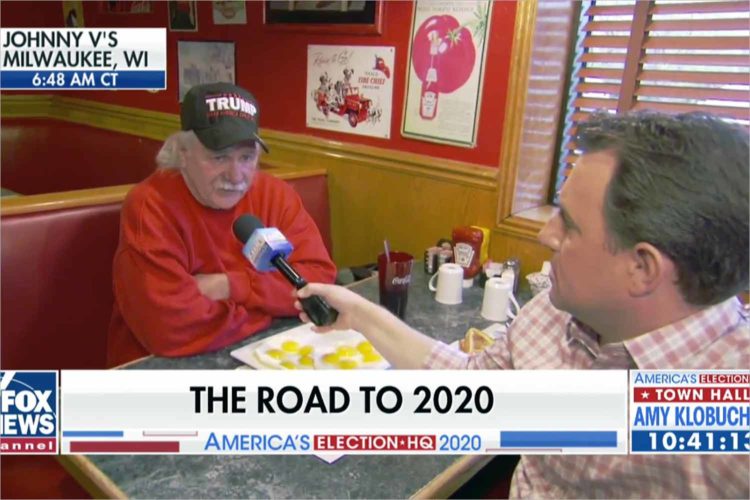 This is the “news” channel’s latest foray across the aisle, following the success of a recent Bernie Sanders town hall in which a bunch of people applauded socialized health care live on the president’s favorite channel. Whether or not his fellow presidential candidate Klobuchar creates any showstopper moments, tonight’s event did give Fox and Friends an excuse this morning to descend on Johnny V’s Classic Cafe in West Allis.

Correspondent Todd Piro sat down with diners as part of the show’s recurring “Breakfast with Friends” segment to discuss hot-button issues like socialism and tax returns. And holy shit, did he get some hot takes.

Johnny, a retired truck driver wearing a Trump hat who has at least nine eggs on his plate that I can count, says Democrats should stop acting like “a bunch of children” and “learn how to run a country.” That makes sense given that Johnny’s judgment may be clouded by the amount of protein he’s consumed.

(This might be a good time to quickly note that Johnny V’s has a menu item called the “Robert E. Lee Special” for $10.99. I wonder why Fox picked this place?) 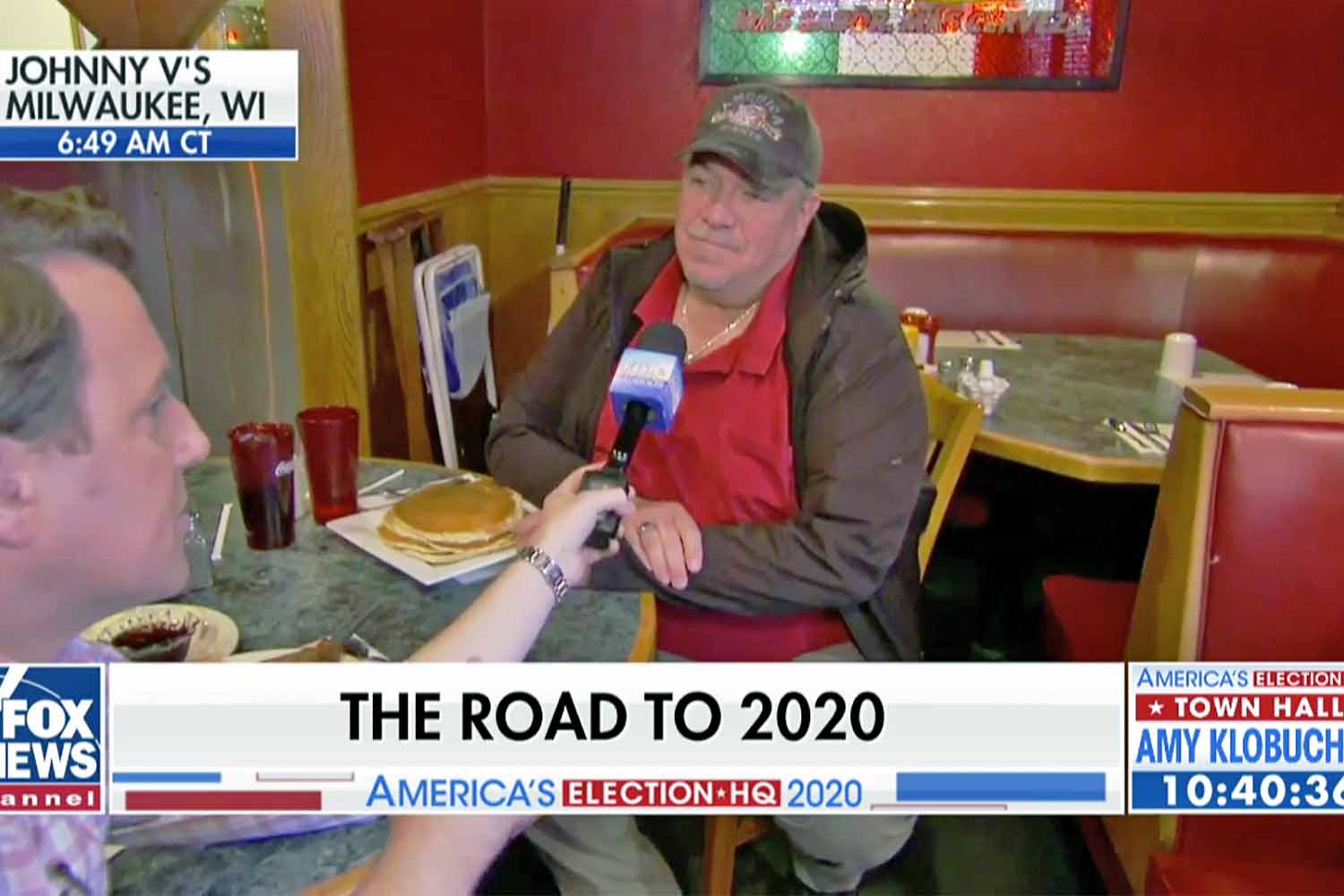 Next we move on to Tracy, whose No. 1 issue is socialism (oooh, scary!). He says the economy doing well is why he’s able to go out for breakfast rather than scrounging at home. However, in his segment Tracy seems to be confusing socialism with communism. And getting this wrong — willfully or not — is painfully widespread in modern culture.

In fact, just today Fox & Friends also interviewed Rachel Campos-Duffy (wife of Wisconsin GOP Rep. Sean Duffy) about a recent op-ed she penned about how to teach your kids about socialism. She claims that “young people” today don’t know about dictators like Mao Zedong or Josef Stalin, who again were communists, not socialists.

Campos-Duffy is 47, meaning Mao died five years after she was born. She can’t possibly remember that much about Maoist China. (Unless she taught herself in the time she was making a grandstanding show of avoiding her HIV-positive housemate on The Real World: San Francisco.) Campos-Duffy sees capitalism as a unflappable system, capable of making everyone happy, or at the very least, rich. 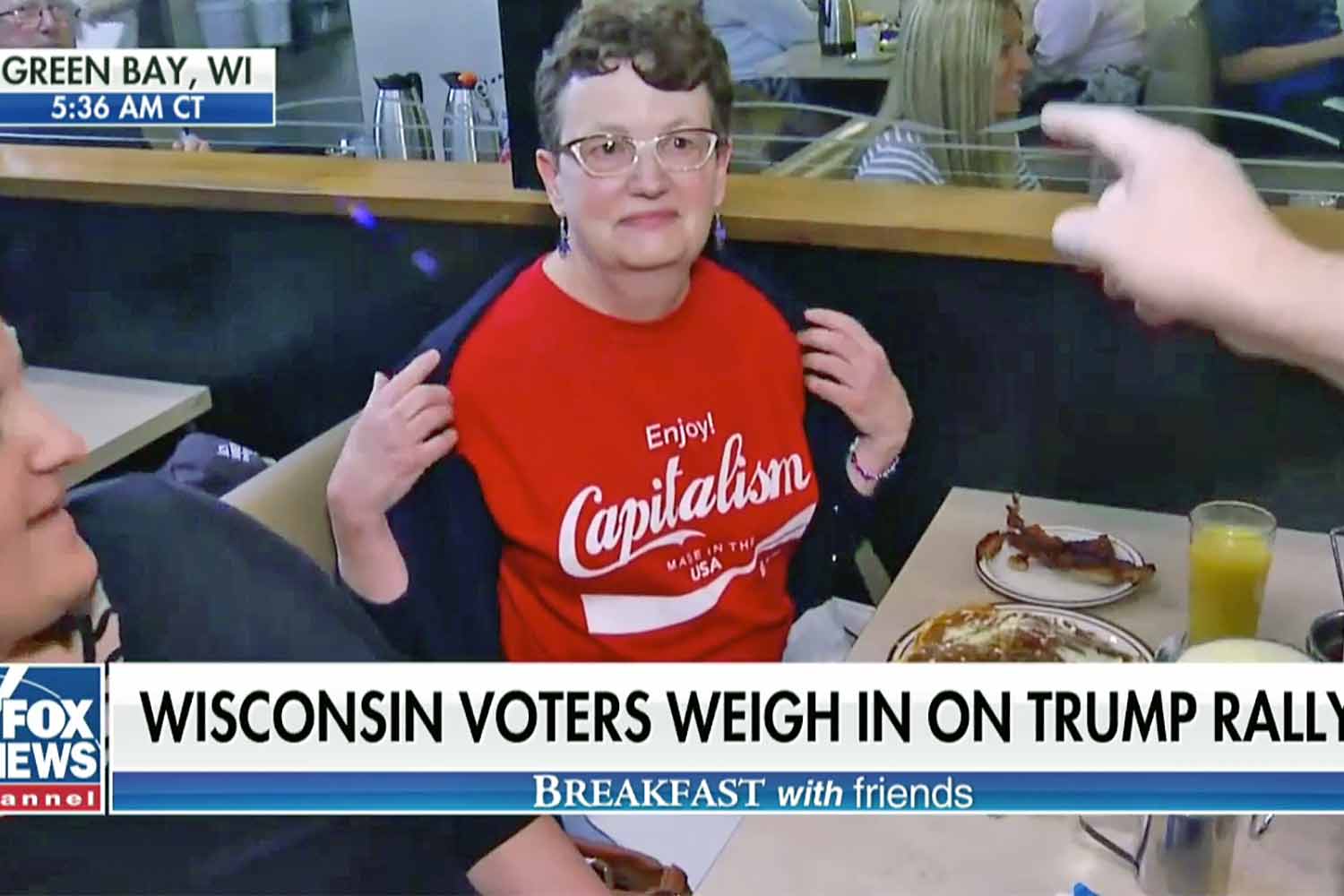 To people of a certain age, this will always be the case. They lived in an era where the American dream was possible. It’s no wonder that when “Breakfast with Friends” visited Green Bay after Trump’s rally there in April, Piro spoke to a woman wearing a Coca-Cola spoof tee with the word “capitalism” on it. To her, it’s a system that works. But for so many others, it’s a failed them too many times to be a cause for celebration. For them, socialism is a chance to rectify some of the rampant inequality in this state and beyond.

Then again, Fox News rarely does anything more than playing to the crowd. Each of their “Breakfast with Friends” segments are taped in areas so conservative that it’s like walking up to a guy dressed liked Captain America and asking what he thought of Avengers: Endgame.

And then there’s 13-year-old Jack. After attending the rally with his father, he woke up at 4:30 a.m. to make it to the Fox and Friends taping. When asked what his most important issue is, he answered, without missing a beat: “Sleep.”

Can’t say I disagree with you there, Jack.