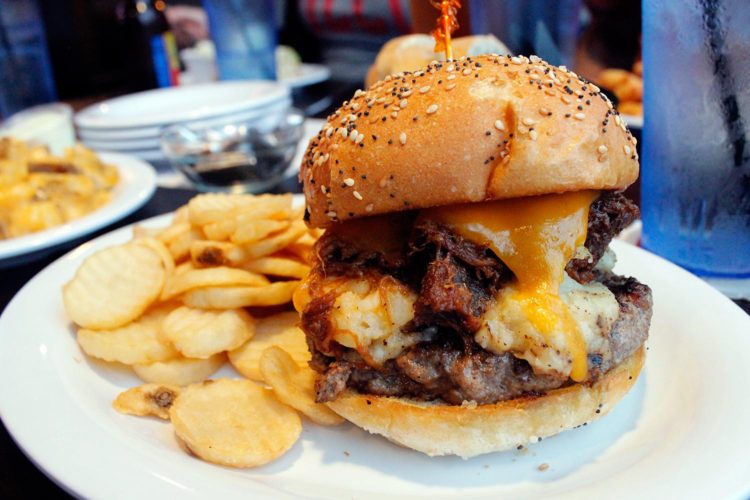 There are three criteria every self-proclaimed sports bar should be judged on: atmosphere, TV quality and placement, and refreshments. When you’re watching a big game, you should be able to see it clearly at all times, be surrounded by patrons who also want to watch the game, and be sated enough that staying for 3+ hours isn’t a chore.

LJ’s Sports Tavern & Grill hits on all those points, but with some caveats that will not make this the sports bar of choice for many. Located in the new Galaxie building near Breese Stevens Field, LJ’s opened in March, just in time for some NCAA tourney weekends, which had the place packed. Like the rest of the building, the design of the space is modern and minimalist. There is little decor, not even sports memorabilia, anywhere in the space. That leaves plenty of room for large TVs — which are positioned high on the walls so you’re not having to look around anyone for a view — but assures that the bar lacks any personality at all. Will anyone want to stick around in this sterile space after the game is over? I wouldn’t.

A Friday night visit while there were no big sporting events going on revealed a surprising fact about the clientele: It skews older. Senior citizen older. The majority of tables were in the 50+ age group, something I wasn’t expecting at a brand new sports bar. Almost none seemed interested in the Brewers game on TV. Almost all were eating fish fry, though, so perhaps this phenomenon occurs only on Friday nights.

That was enough to entice me to try the fried cod for myself. Three pieces of fish were breaded, not battered, which is always a slight disappointment because a breadcrumb coating never holds up to thick pieces of cod like it does perch. Nevertheless, the coating was seasoned very well with enough salt that you didn’t feel the need to reach for the tartar sauce cup (a blessing, since it was obviously bottled). So while my first couple bites were reassuring, things started to fall apart from there, literally. By the third bite, the cod was in pieces and the breading sliding off. A sideways glance was enough to completely crumble the fish. 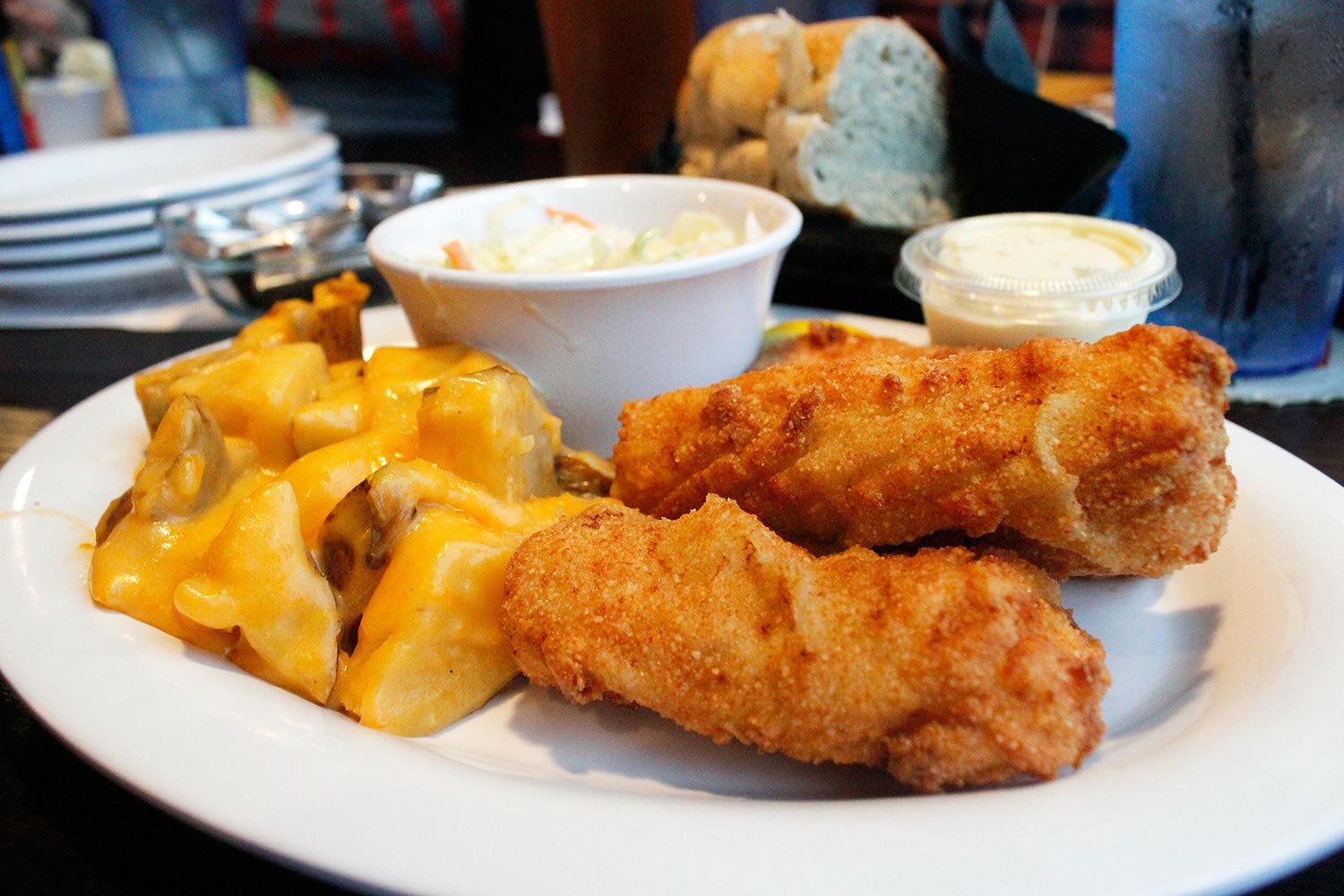 Other entrees were similarly underwhelming, including sports bar staples. The JJ burger sounds like the perfect option for all you meat and potatoes people out there, especially if you need a few extra carbs to soak up the beer. A burger patty is topped with barbecue pulled pork, mashed potatoes, provolone and sharp cheddar. It’s a monster stack, but once that beef was overcooked well past the requested medium, there wasn’t a whole lot of hope left. Some extra barbecue sauce on the pork might have helped, since the pork was almost completely bereft of sauce as it was. The mashed potatoes had to be a bit dry in order to keep sandwich integrity while you ate it, so I can’t fault them on that one, but it didn’t help the matter. There was plenty of cheese, the pork was tasty and the multi-seeded bun held up well, but this burger was a dry disappointment.

The same problem plagued the smaller burger on the patty melt. The beef was overcooked and dry, but at least the sauteed onions and unusual addition of thousand island dressing helped make up for it. At the very least, LJ’s would be wise to use thicker slices of bread to avoid being smashed to a paper-thin layer on the griddle. 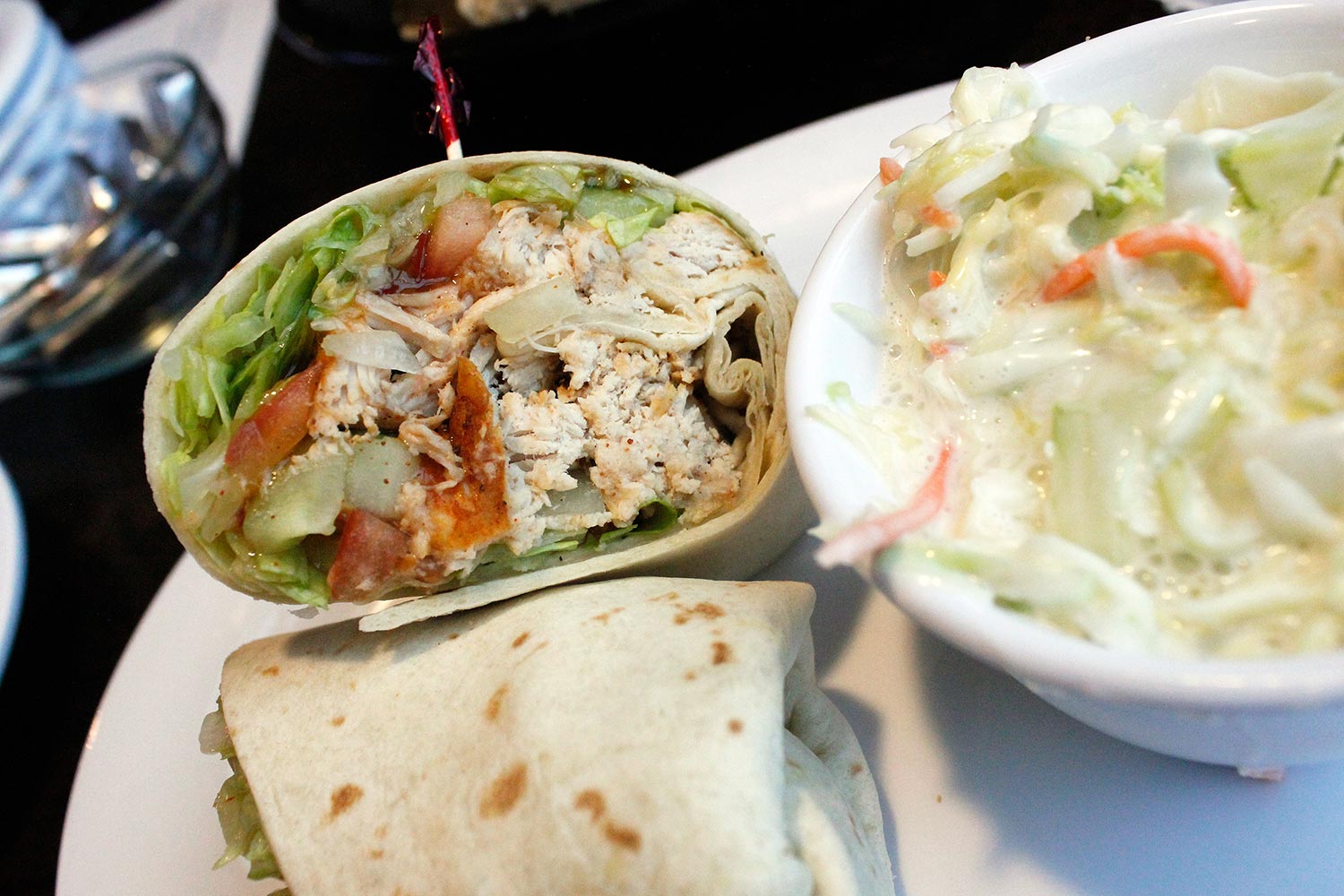 For something lighter and more refreshing, try the sweet chili chicken wrap. The chicken was shredded, which was odd considering the three options on the menu are deep fried, grilled and blackened. But the fresh cucumbers, lettuce and tomato were combined with just enough Thai takeout-style sweet chili sauce that this would make a good, if uninspired, summer option. 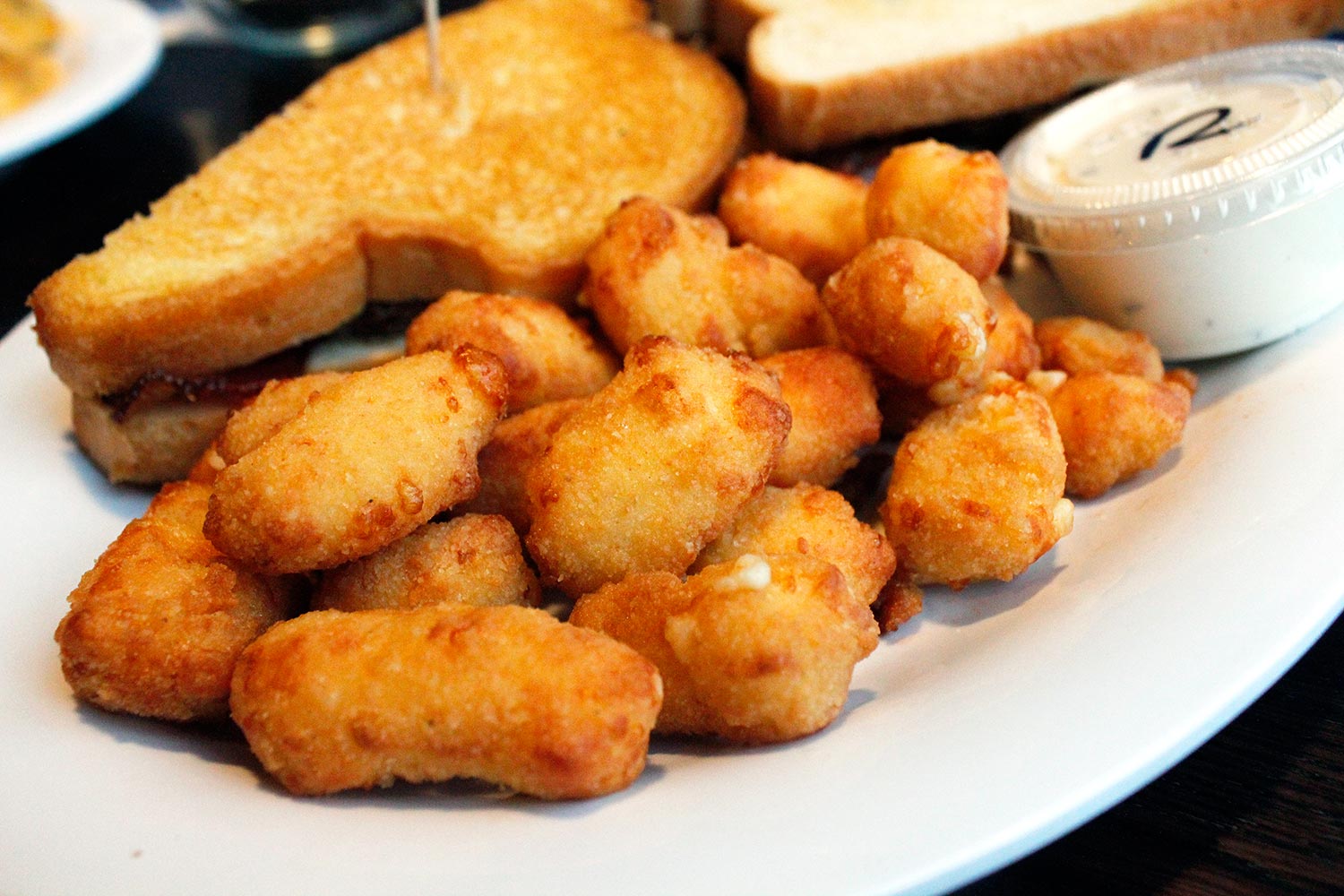 All sandwiches (and fish fry) come with your choice of side, and the winner by far were the cheese curds. There’s a $2.95 upgrade charge as a side, but it’s worth it for these spongy, lightly breaded nuggets. They’re also available as an appetizer. Cole slaw came as a large portion, but it was soupy. Skip the cottage fries, which were bland and undercooked. Only order the au gratin potatoes if you’re a fan of processed cheese since they’re just cubed potatoes smothered in Velveeta. And if you’re thinking, hey, this is a sports bar, my choice of side is beer, then be prepared to be underwhelmed. The tap list is made up mostly of beers you can get anywhere else, including Bud Light and Spotted Cow. On the other hand, the wine list is weirdly long for a sports bar. Though judging by the Friday night crowd, perhaps there’s a demand for that.

Between utilitarian food, boring decor and service that stretches dinner to the 2-hour mark, LJ’s is going to have to make itself stand out somehow. I suspect that its location next to Breese and underneath a captive audience of apartment dwellers will keep it chugging along long enough for people to realize there are better options in town — charm and character included.