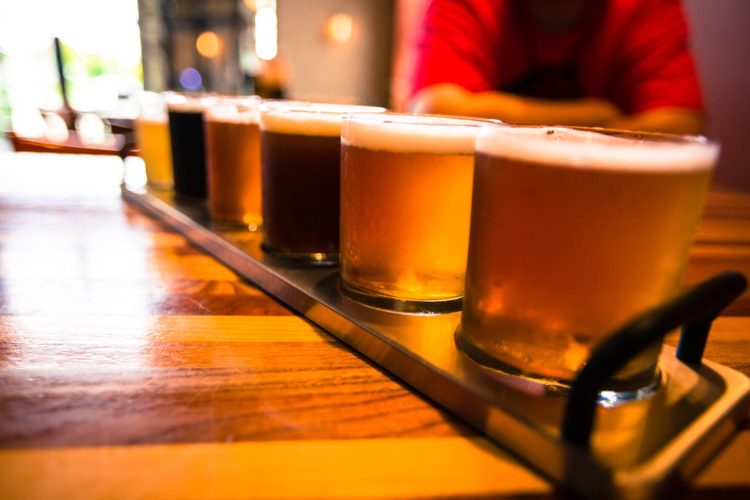 Madison Craft Beer Week — otherwise known as “how the hell am I going to pick which events to go to?” — spans 10 days and countless venues around Madison. It’s the best week of the year for beer enthusiasts, whether they’re finally exploring past Miller Lite or are experienced homebrewers. Events include tap takeovers, beer dinners, special beer releases, a cask ale festival and even a “beer’d” competition for the hirsute among us.

While there’s no wrong way to do Craft Beer Week (unless you simply stay home), the hundreds of events can get overwhelming. Here are my east side- and dark beer-biased #madbeerweek picks that will expand your craft beer knowledge, experience and expectations.

Each year, I need to remind myself that Craft Beer Week is bigger than just the takeovers that occur at Dexter’s Pub. Each night of craft beer week, Dexter’s lets two or three breweries take over their 24 taps. With so many taps, it’s practically a requirement that the participating breweries bring some of their more unique offerings.

May 3: Hop Haus, 3 Sheeps, and The Fermentorium Tap Takeover

When pried away from Dexter’s, The Malt House is the most logical venue to continue my evening. (Bonus: They’re within stumbling distance of each other.) I’m a big fan of The Malt House’s specialty nights, where the focus is less on a specific brewery and more on a beer style. Throw in a Craft Beer Week exclusive Central Waters tapping and I’m already in line.

May 3: Dark, Fiery & Sensuous: A Night of Dark Beer Delights

Many local breweries release some of their more limited or seasonal offerings during Craft Beer Week. Highlights include a Next Door sour with pineapple and a new pineapple mango combo; this year’s Common Thread, a Baltic porter; and a maibock from Westport’s nanobrewery. Vintage is also hoping to improve on last year’s mediocre gosé with a batch aged in apple brandy barrels.

While perhaps not quite on the level of Great Taste of the Midwest Eve, there are some ultra-limited beers to be found throughout the week. These tappings aren’t typically advertised much in advance to avoid the letdown if a distributor or brewery fails to come through. Your best bets are to watch your favorite brewery’s social media for announcements, or just show up blind at a tap takeover. Worst case is you get to drink some of your favorite beers. That said, a few rare releases have been announced.

May 2: Barrel Aged Beer Night at One Barrel Brewing

It’s easy to gloss over with so much going on during Craft Beer Week, but a couple of Madison’s biggest hitters have noticeably little presence. Toppling Goliath is under the radar with just one event (May 5 at Growlers to Go-Go) featuring a tapping of Fire, Skulls & Money to go with three of their more common offerings. 3 Floyds is similarly inconspicuous with one event (May 4 at Tip Top Tavern), and it’s a mystery event at that. Those hoping for a super rare release from two of the breweries famous for such releases will likely have to wait until the Great Taste in August.