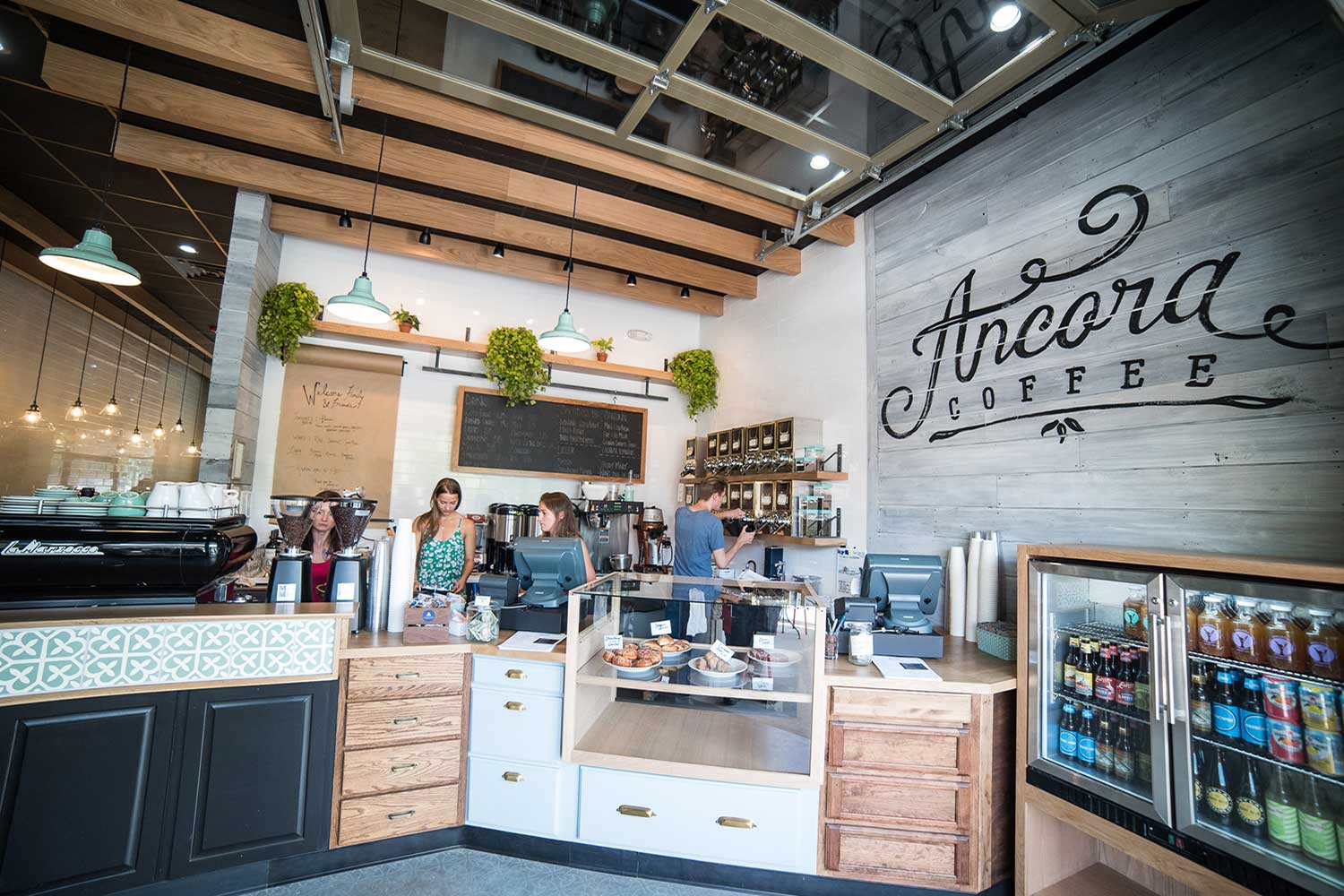 Walking up to the new Ancora Coffee near Hilldale may feel like walking into a friend’s home, especially if you are friends with the cafe’s owner, Tori Gerding. She took design inspiration from her own home, mixing chalkboard signs with dozens of leafy plants.

Ancora’s new location on the first floor of the Boulevard Apartments at 3318 University Ave. opened today with their usual coffee menu alongside a full food menu and alcoholic beverages such as wine, bloody marys and mimosas.

It also comes with a slight redesign.

“What’s special to me about this new location is that it’s the first time that I’ve been able to create a reimagined version of the Ancora brand from scratch,” says Gerding.

But don’t think that you won’t recognize the place. The bright blue paint on the wall is almost identical to the old location and the wallpaper is still there, just in another floral form.

The coffee shop’s move also allowed room for a full kitchen, something Gerding had been hoping for since she purchased Ancora Coffee in 2013. She brought executive chef Evan Braun back to Madison after he had worked at Kanela Breakfast Club in Chicago. It was an easy sell for her, as the two share the same hometown of Valders.

Braun will be showing off locally-sourced foods, such as meat from Underground Meats and dairy from Sassy Cow. Gerding is excited about the egg sandwiches, specifically calling out the Honey Bacon Biscuit with egg, bacon, white cheddar and chives, topped with sriracha honey sitting between a house-made biscuit.

If you aren’t in the mood for an entire meal, house-made pastries such as strawberry-filled donuts and cinnamon scones will be available.

By almost tripling the square footage from the former location, the new space is poised to be used in a different way than the smaller storefront.

“We can close for private events. We can do so much more than in the other [location],” says Gerding.

The new shop is inviting and airy. On nice days, a glass garage door can open to welcome those coming in from the parking lot right up to the counter. The white walls with pops of color from the chairs allow the hand-painted wall murals and the variant wallpapers to stand out.

Gerding says comfort is key at Ancora. “We always like to make places that people feel welcome in. We’re not trying to be the cool kids.”

Even if she didn’t intend on being a cool kid, she created a spot that many will want to spend their mornings. A welcome spot, indeed. 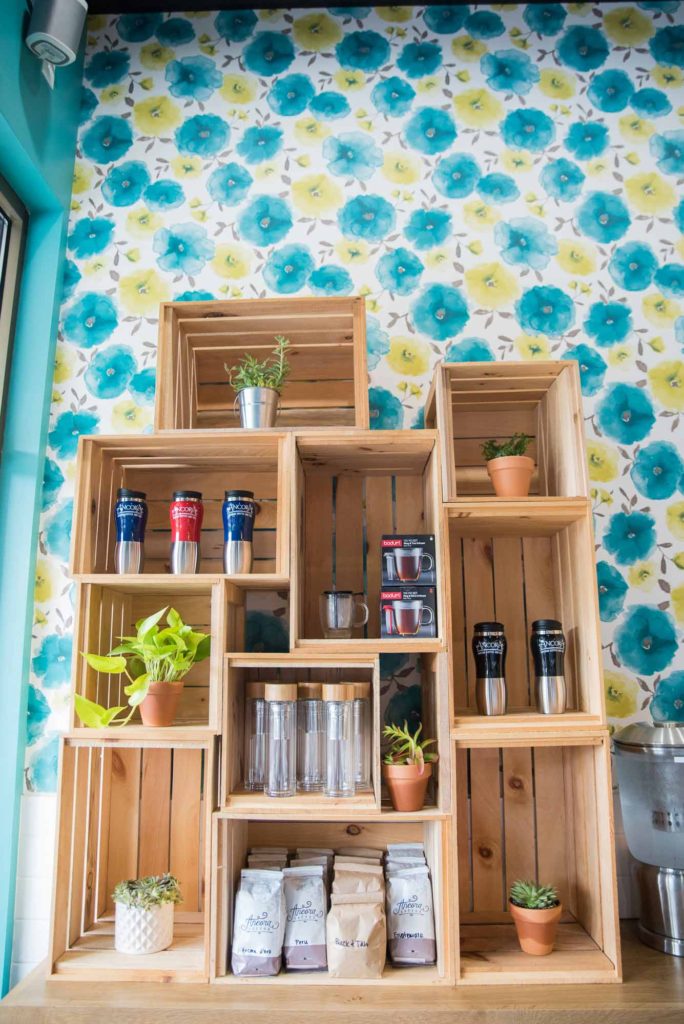 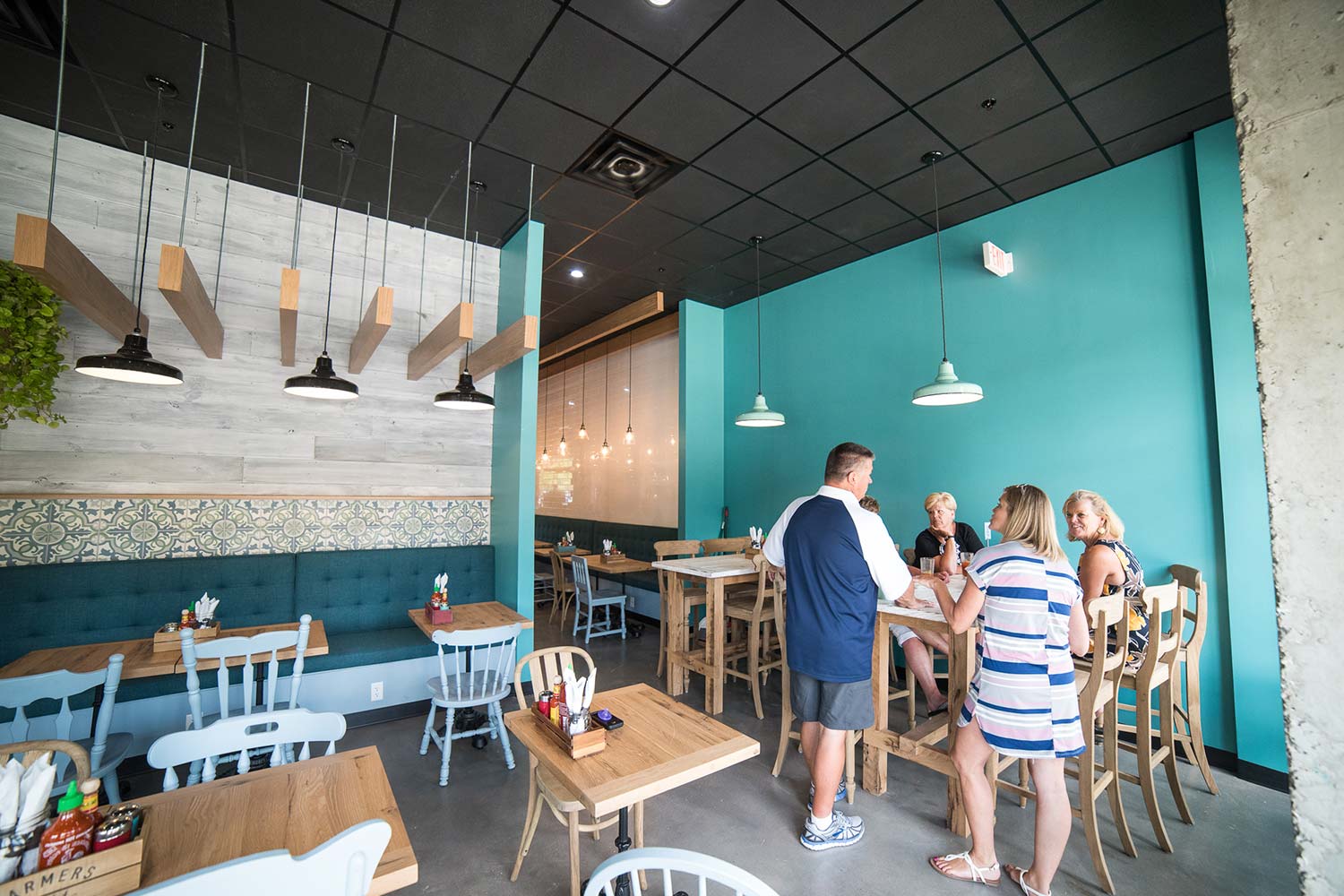 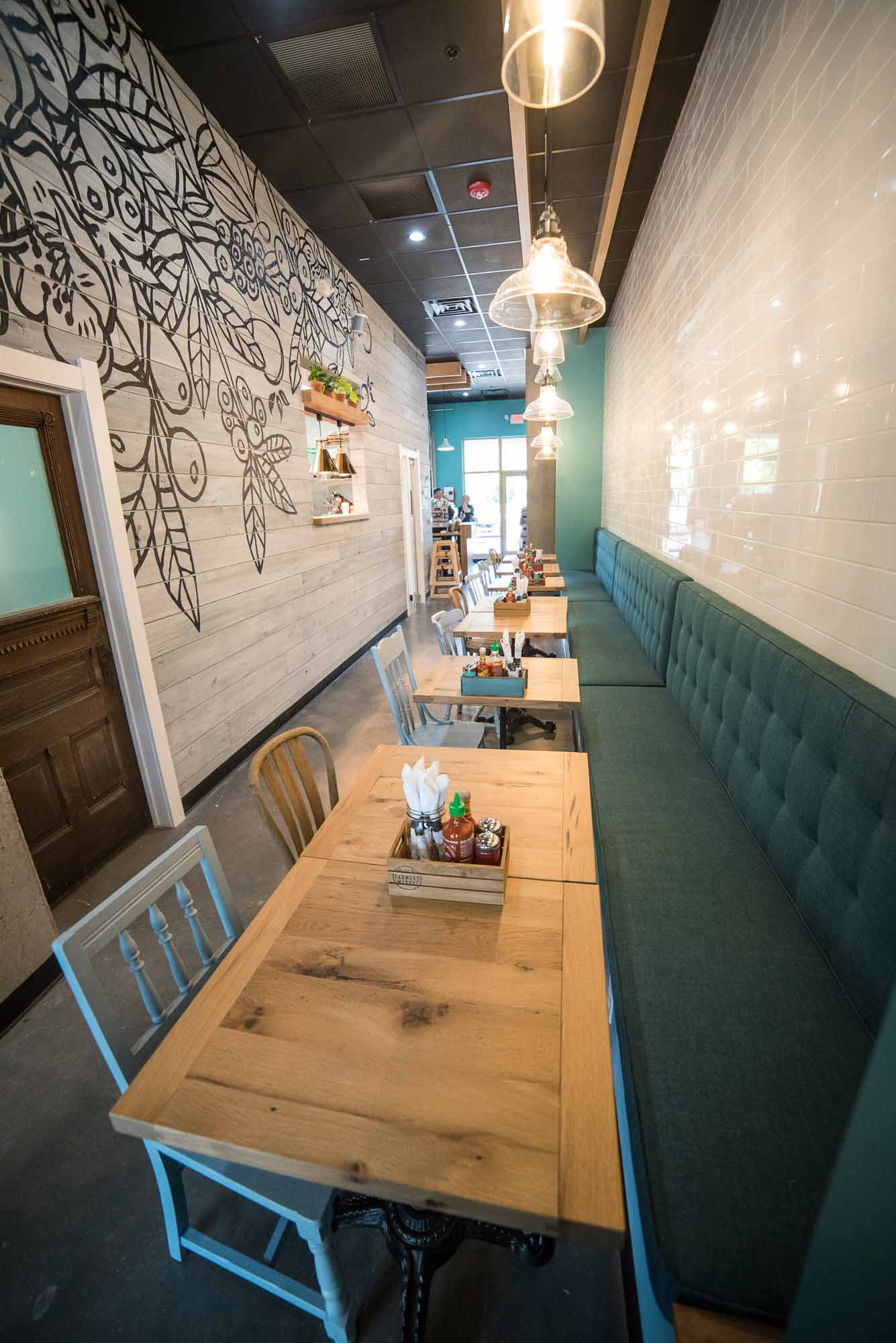 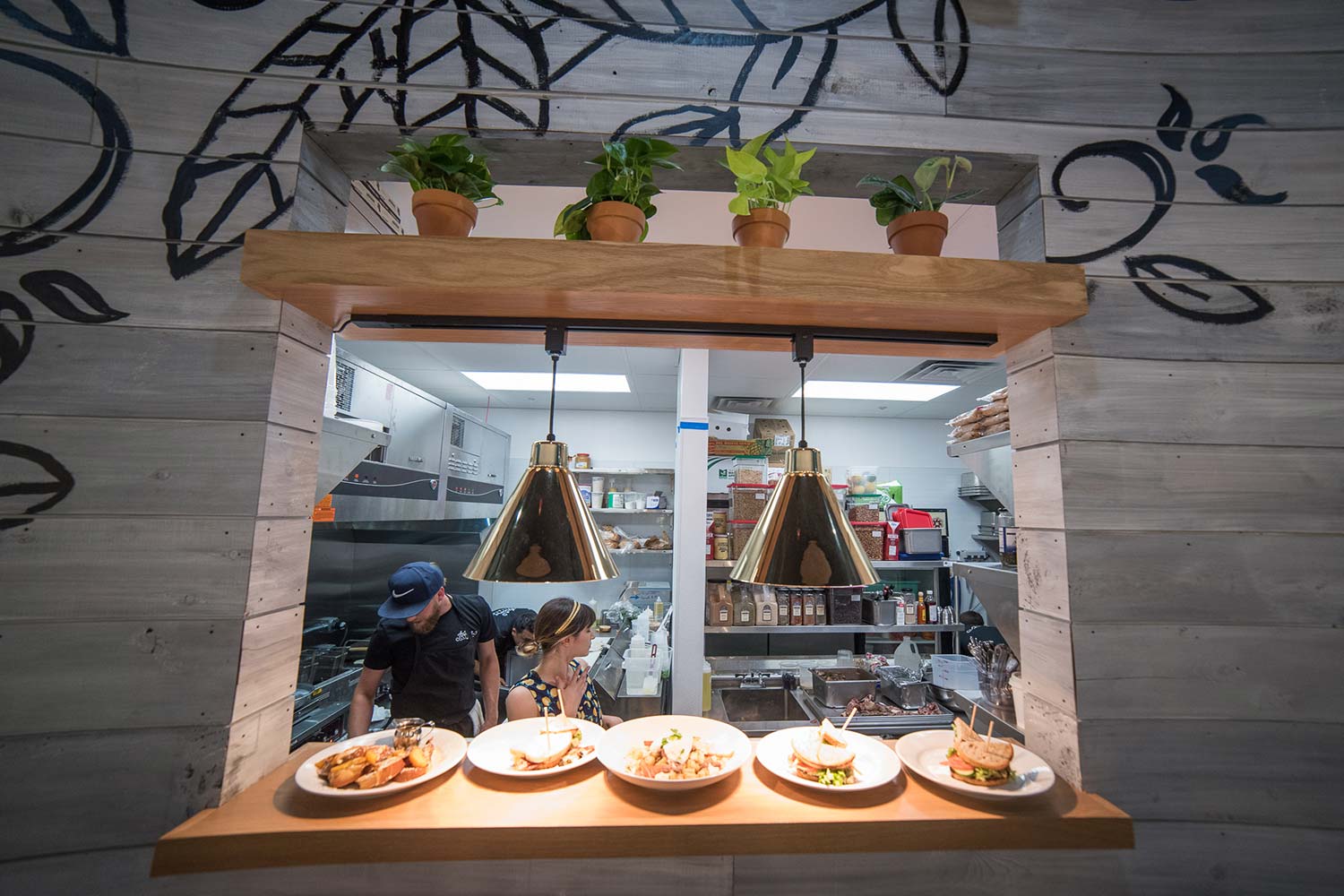 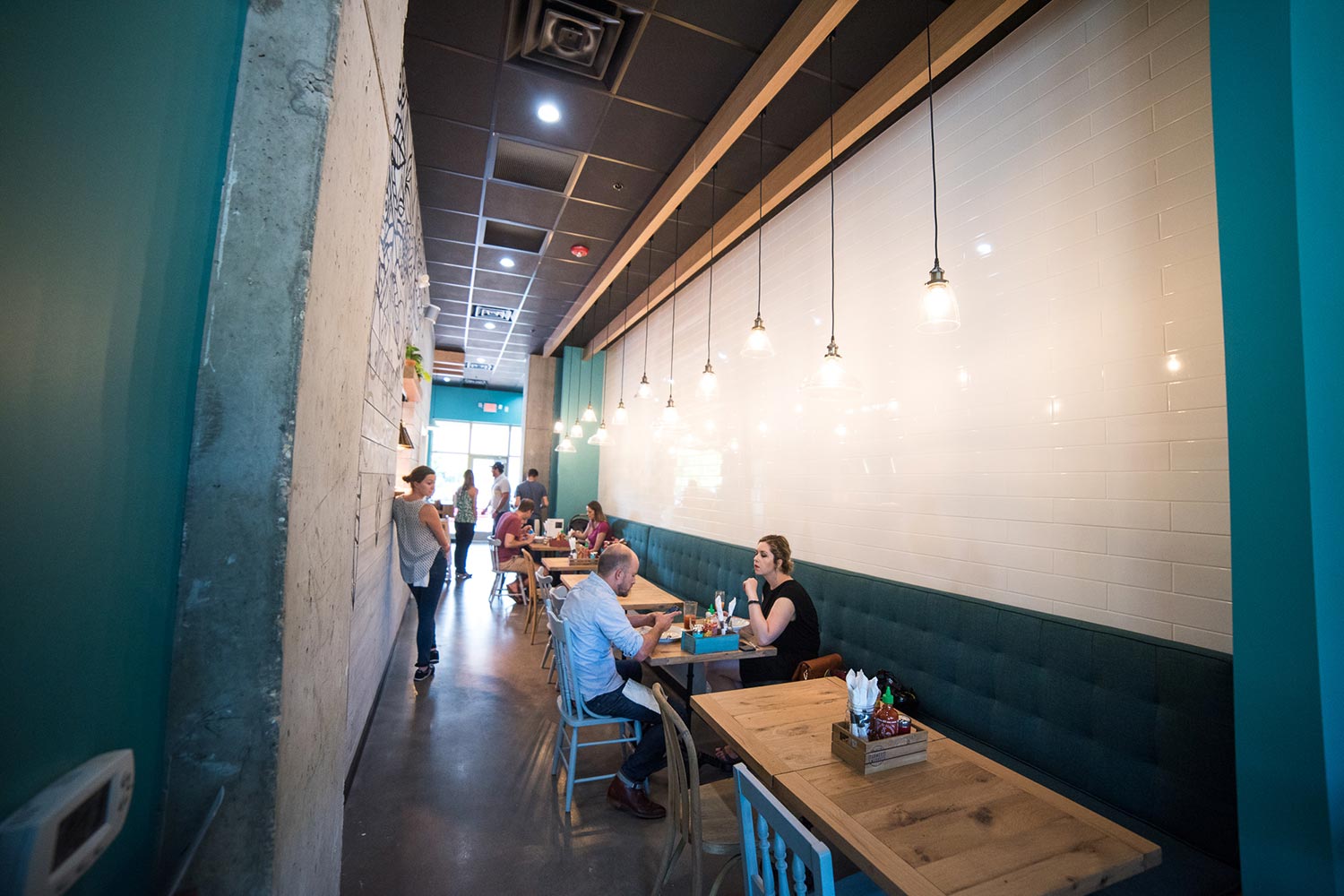 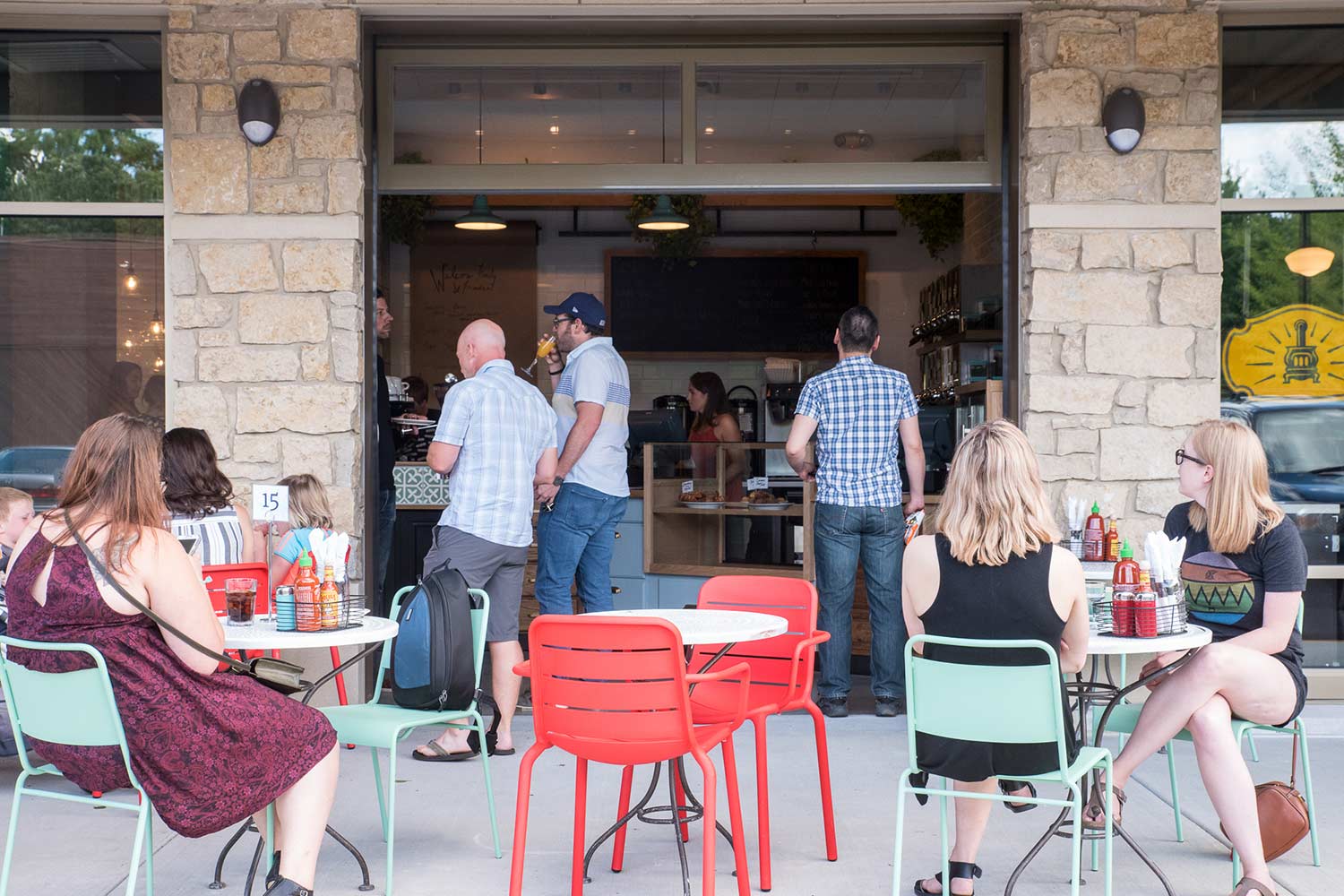 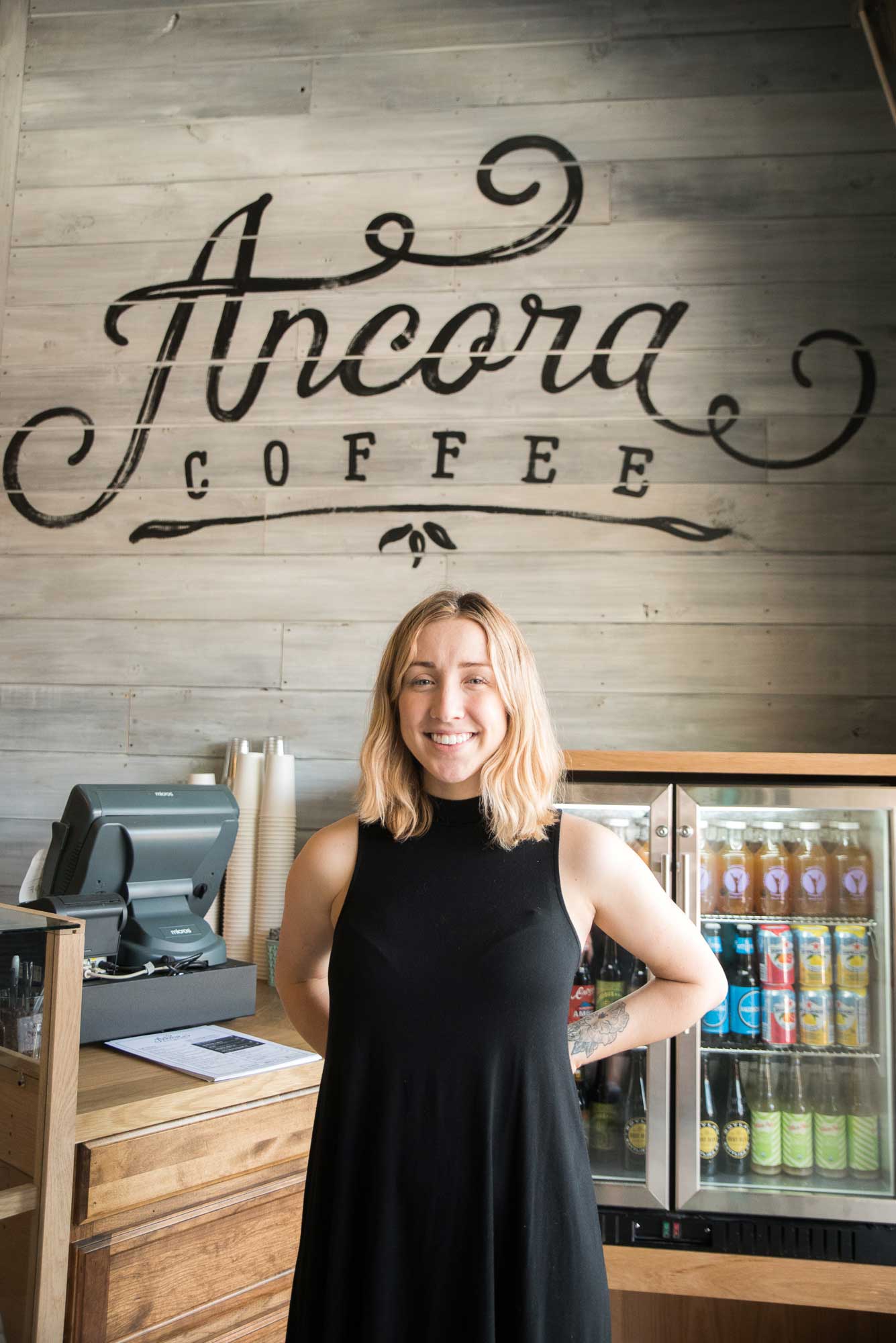