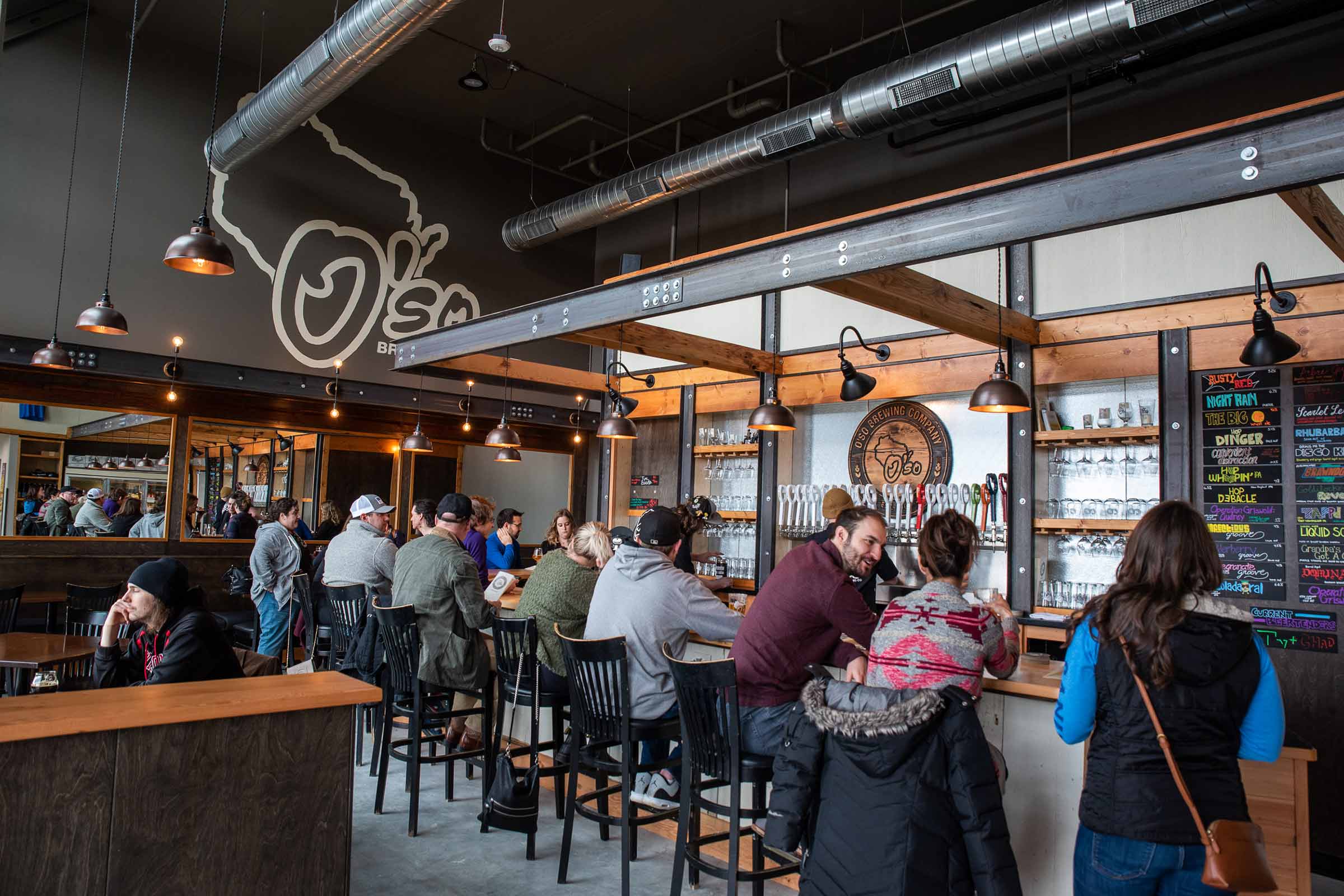 After more than a decade brewing in and delivering from Plover, O’so Brewing owners Marc and Katina Buttera have taken the plunge into Madison.

The O’so Madhouse taproom opens to the public Wednesday, after several quiet soft openings over the past week. Located in the Marling building at 1817 E. Washington Ave., it’s O’so’s first brick-and-mortar outpost outside of central Wisconsin. 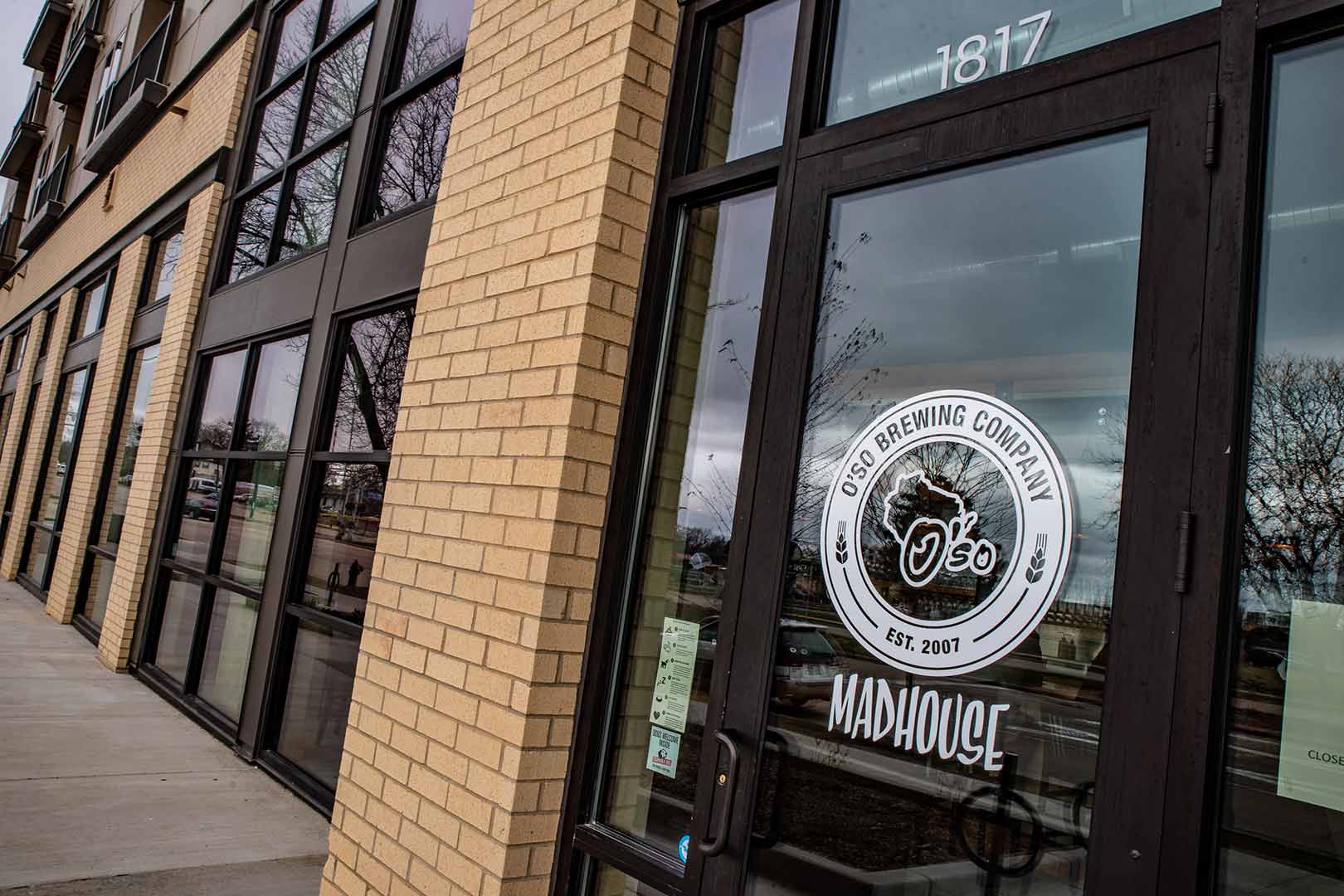 The Madhouse space is warm, highlighted by Edison bulbs and huge windows that bathe the room in natural light. A large wooden bar and wood accents work well with the concrete floors and steel beams. The room is pretty small, with 14 bar stools and a capacity of 49, but a 34-person patio on East Wash is coming soon. And at some point this summer, a garage door will replace one of the giant street-facing windows to better fuse indoors and out. 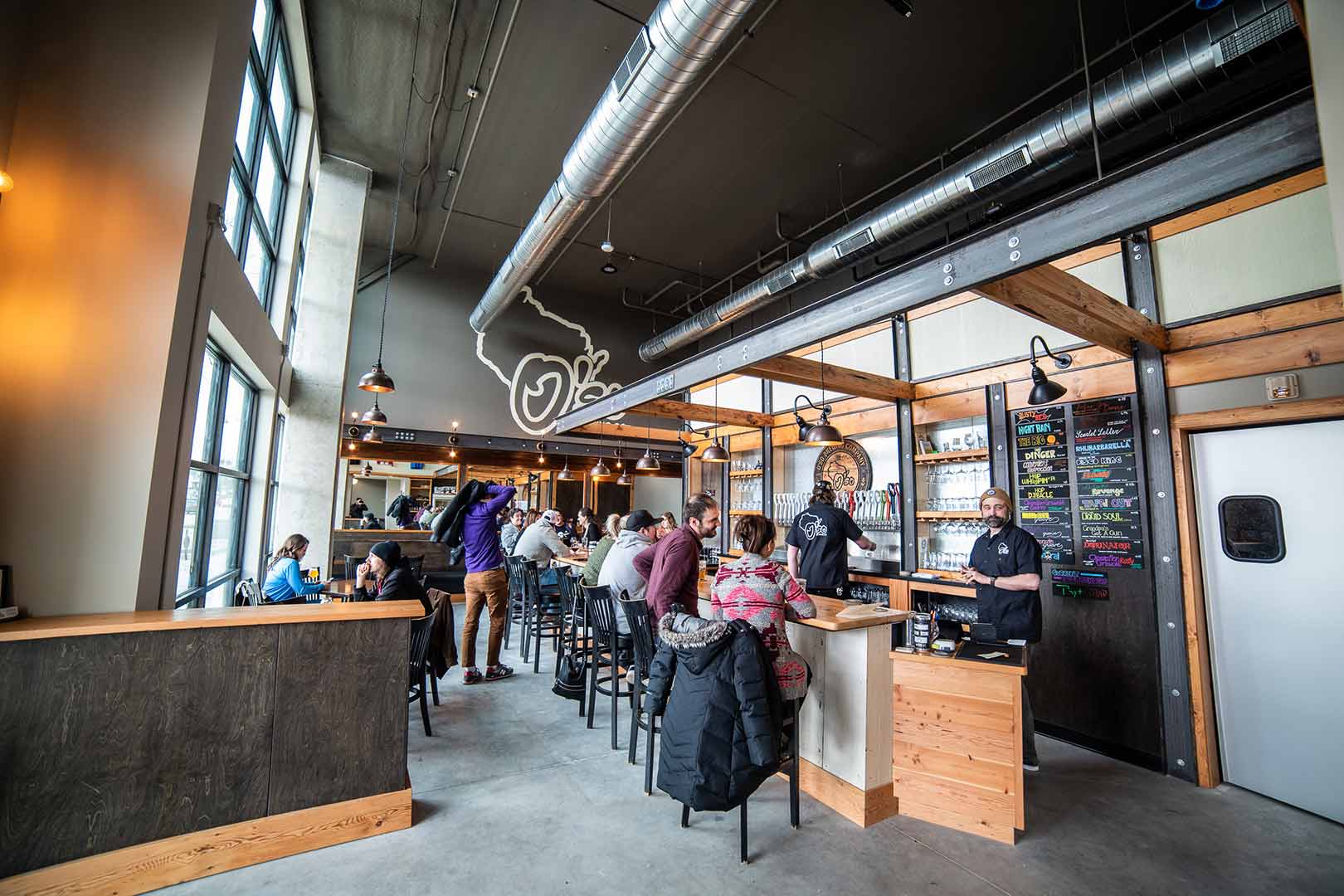 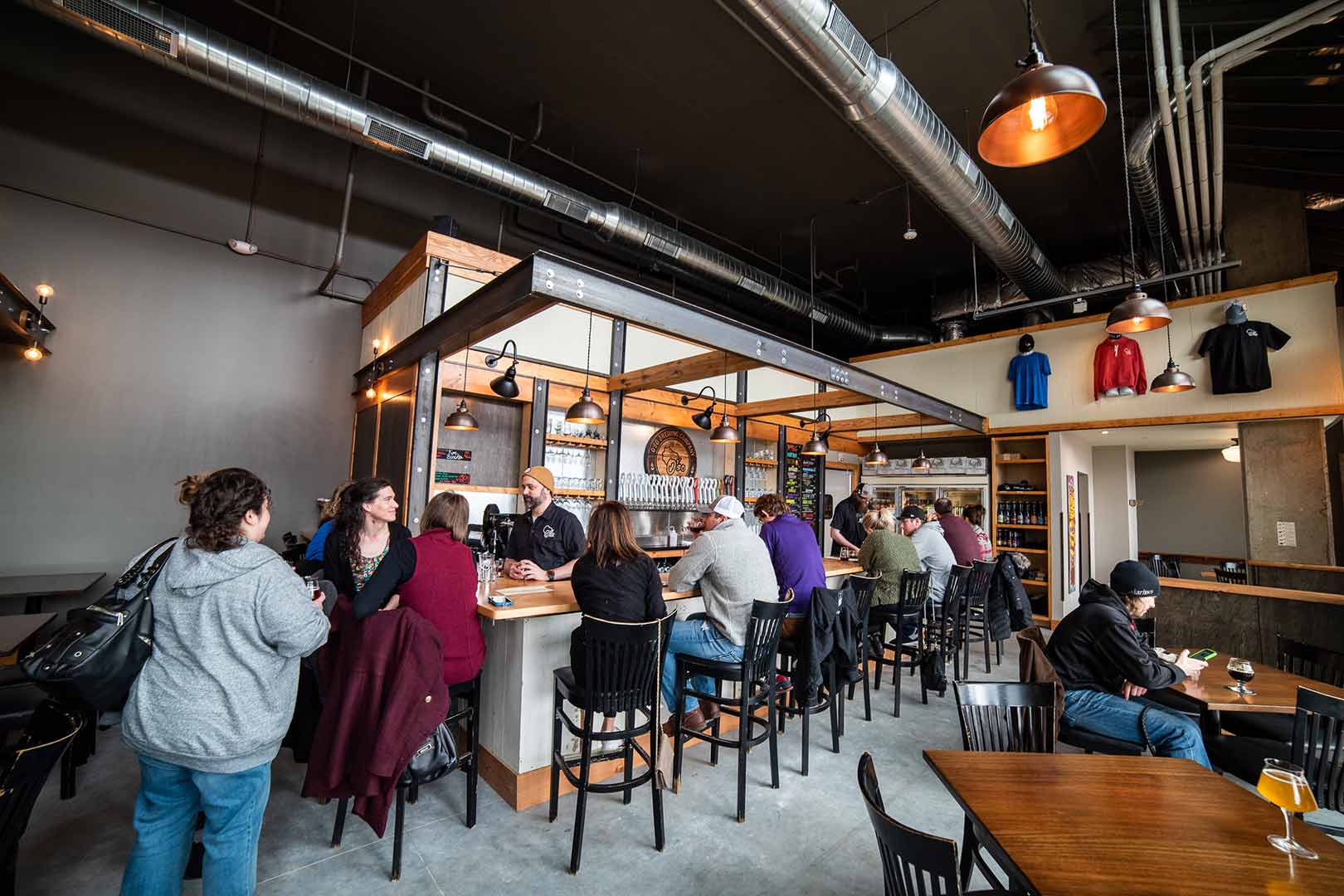 There’s no kitchen, but bar snacks are available: Slide chips and Country Archer jerky. The Madhouse will host food trucks several nights a week, including Ugly Apple and other local vendors. Patrons can carry in dinner or have it delivered from their favorite spots around town, too. The tap list is beer-exclusive, but Madhouse will also stock kombucha and a range of nonalcoholic sodas and waters from Wisco Pop!. Gluten-sensitive patrons can find gluten-free beers from Alt Brew. 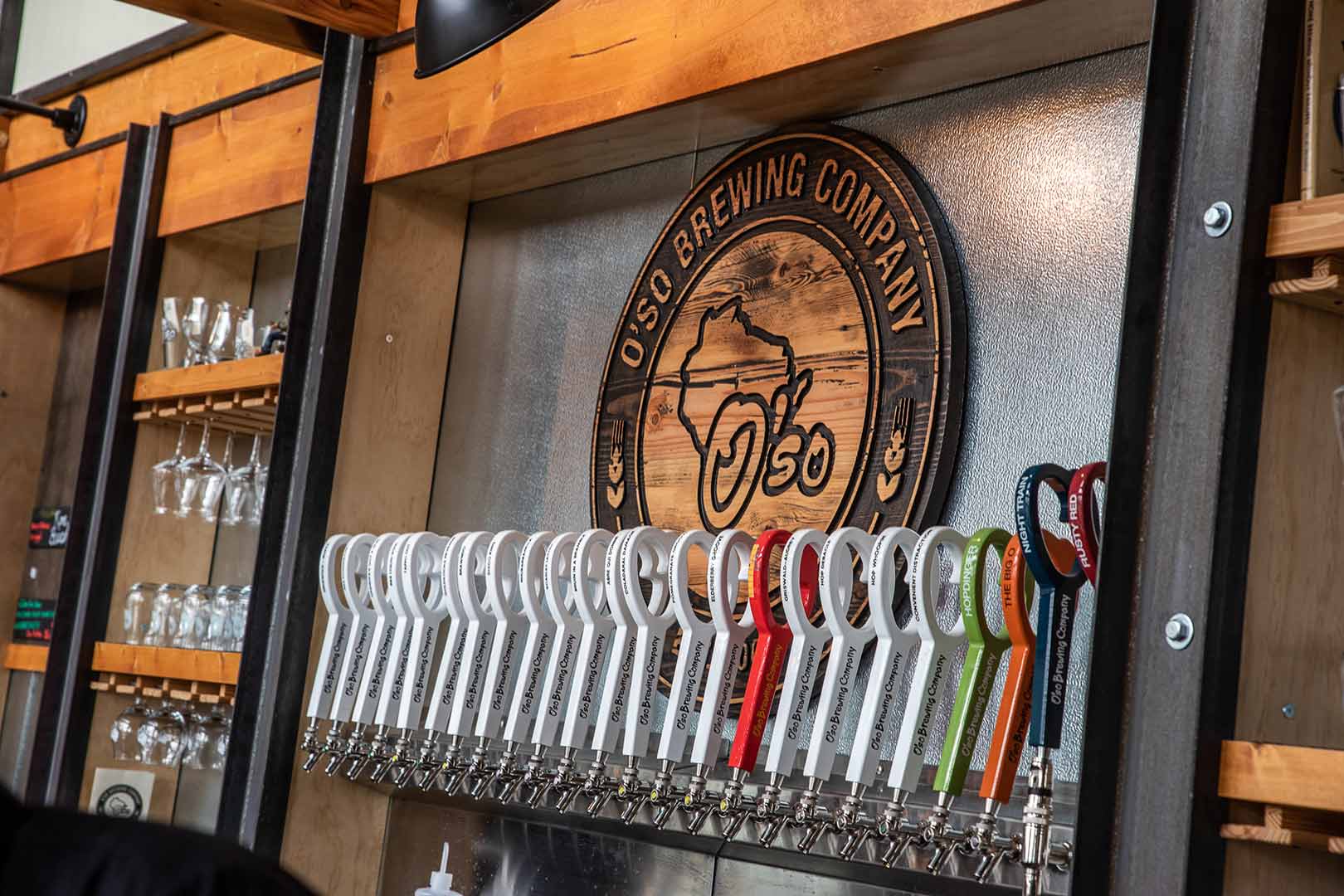 But the focus, of course, is the beer. O’so has been making a range of great brews in Portage County since 2007. So why Madison for their new room? “We wanted to be in Beer Central,” Marc Buttera says.

In a competitive craft beer market around the state and nation, there are clear business reasons for a Madison location. It’s one of Wisconsin’s premier craft markets, so why not bring the product direct to those consumers? But there’s more to it than dollars, cents and new consumers. 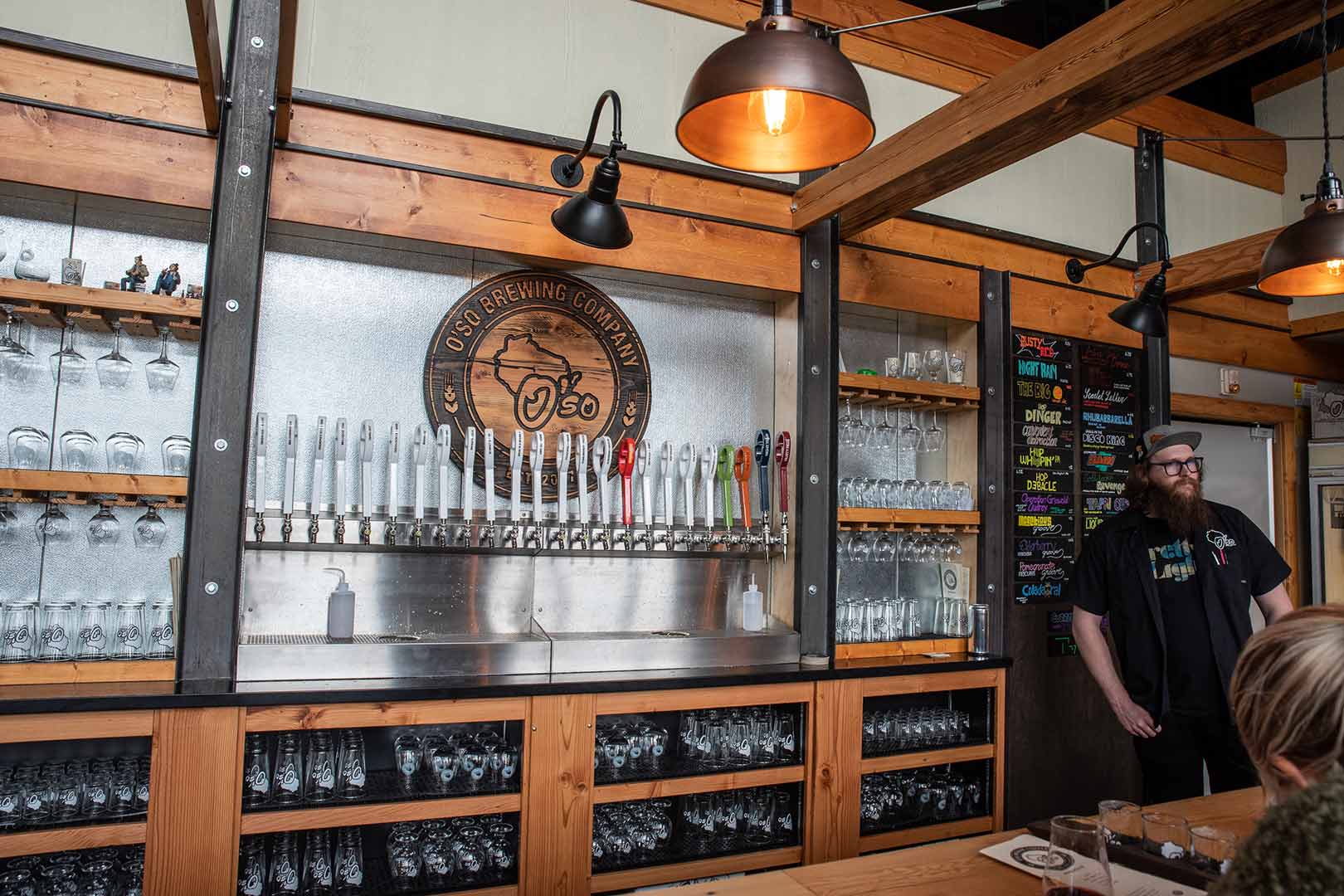 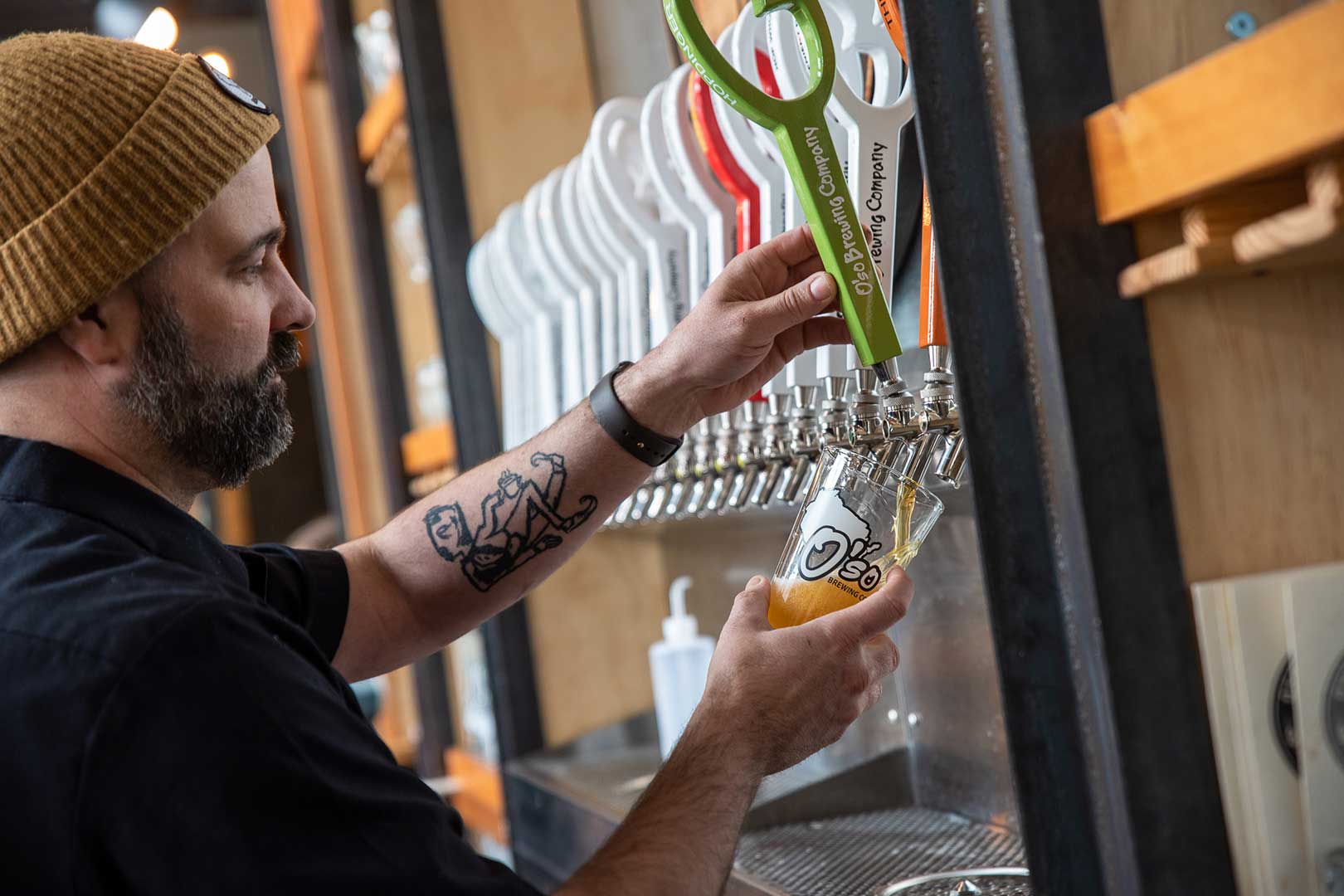 For the Butteras and Madhouse general manager Chad Kersey, who joins the O’so team after a long career facilitating the openings of other Madison-area bars and restaurants, one vision for the taproom is as a bridge from Plover: a place to introduce and experiment with new “R&D” beers that will be first available in Madison before they go elsewhere. 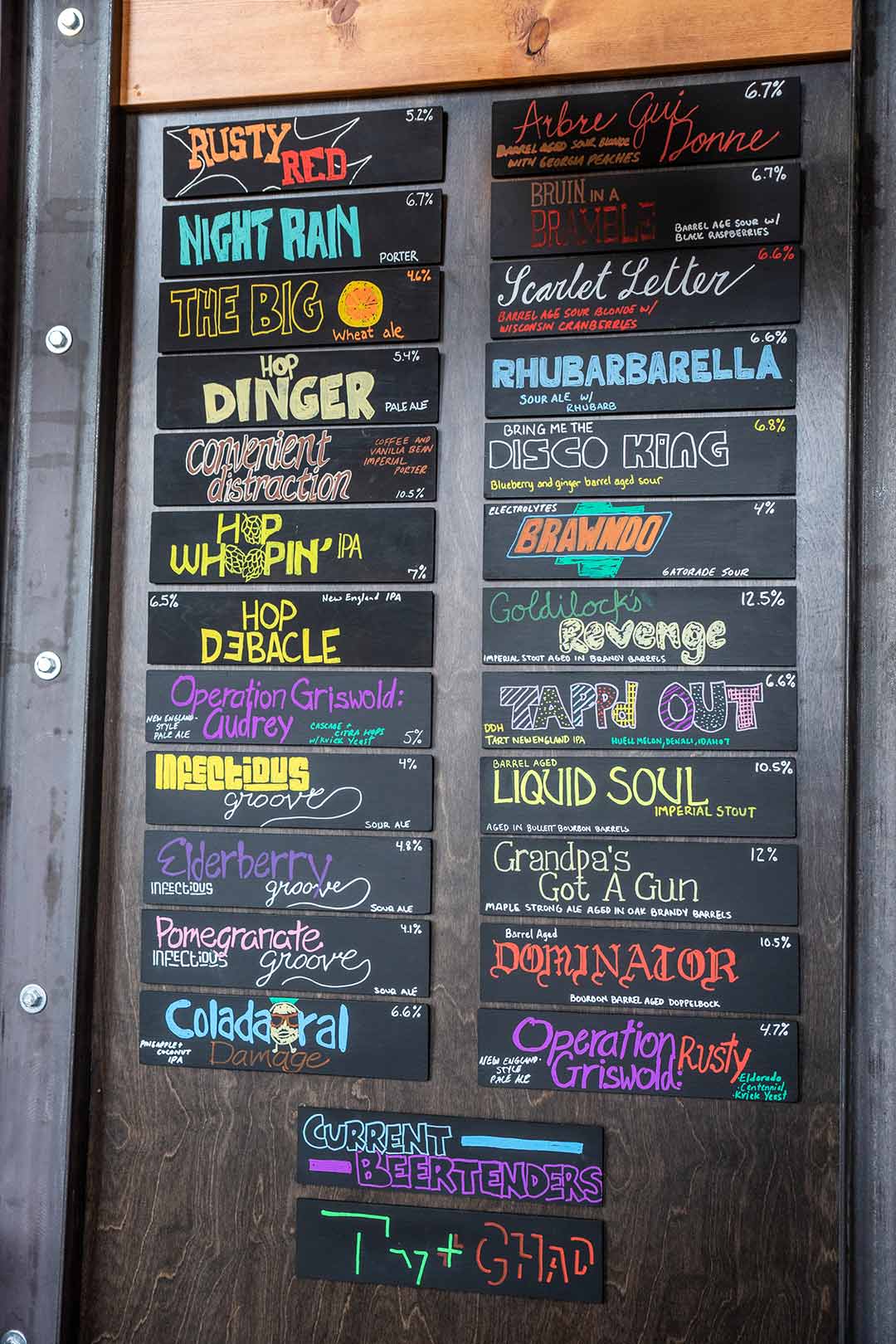 The company’s year-round releases currently number at nine, but Madhouse customers will find 24 different offerings. This includes mainstays, seasonals, infusions and other experiments. And for folks who want something to take away, there’s a cooler with six-packs, four-packs, bombers and limited releases. Tapped beers can be purchased in crowlers and (probably by next week) growlers. 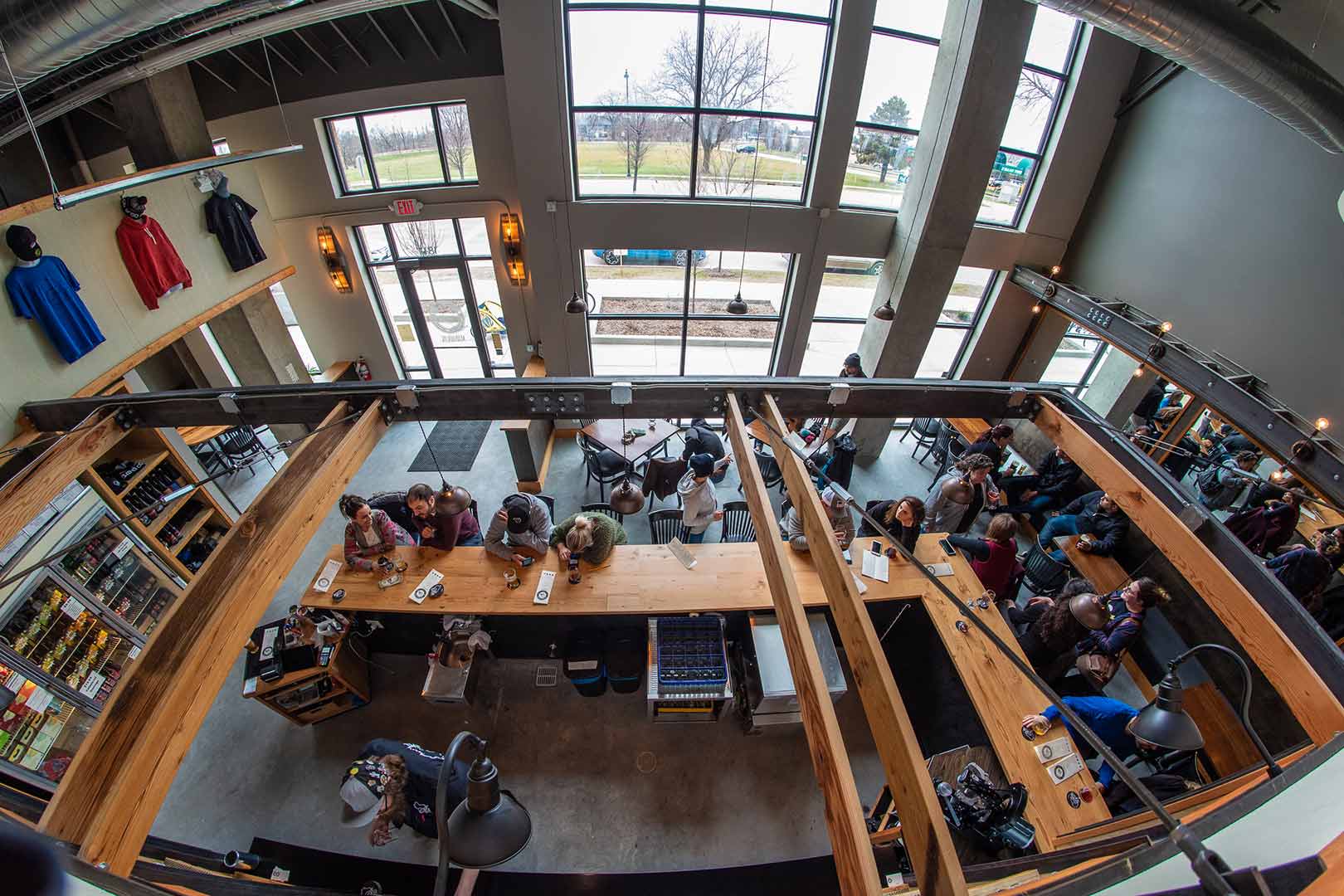 O’so Madhouse braids together the commerce of central Wisconsin with that of the capitol city, and it’s important for Madisonians to think more about how they can support the economies of places beyond Dane County. More to O’so’s point, the Madhouse offers mid-east side residents and visitors more choices for craft beer. O’so Madhouse will be open Monday-Thursday from 3-10 p.m., Friday-Saturday noon-10 p.m., and Sunday noon-5 p.m. The official opening on Wednesday, April 17 at 4 p.m. will feature a meet-and-greet with O’so co-owners Marc and Katina Buttera.
Beer, East Washington, Food + Drink, Marquette, O'so Brewing Company, Restaurant Openings 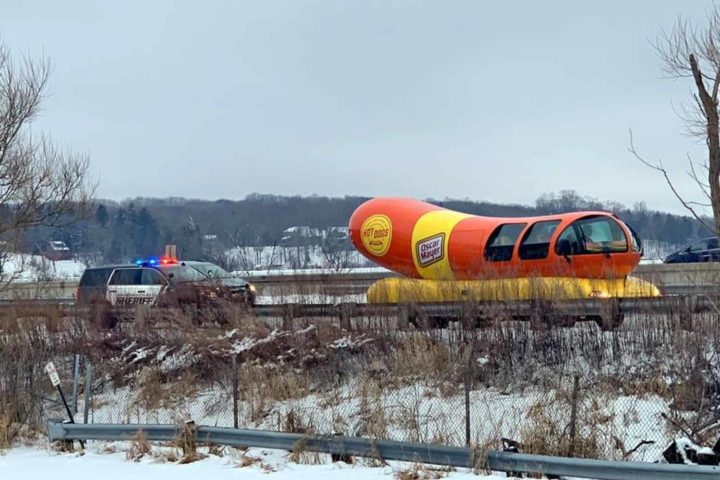