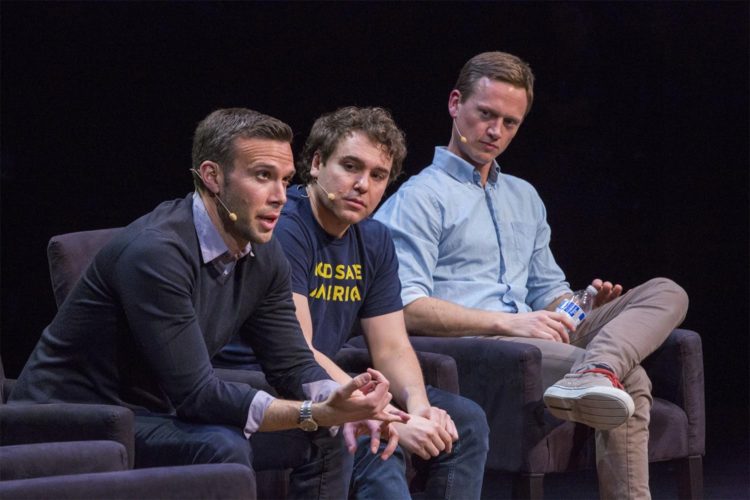 Having now spent approximately 7,000 years living in a Donald Trump presidency, it’s easy to look back and see how good things were with Barack Obama in the White House (really, it was just nice to not have to wake up every morning and check Twitter to see if the nuclear holocaust had started yet). But the upside of the whole farce is that it’s mobilized a whole lot of people who want to get things back to normal, from your cousin on Facebook all the way up to former White House staffers. And in the case of the latter, they’ll be coming to Madison to discuss just that.

It was announced this morning that the popular Pod Save America podcast will record live at the Capitol Theater on Thursday, Oct. 5, offering a “no-bullshit conversation about politics, the press and the challenges posed by the Trump presidency.” Hosted by four former Obama aides — Jon Favreau (not to be confused with the acclaimed director and actor), Jon Lovett, Dan Pfeiffer and Tommy Vietor — the Pod bills itself as a “political podcast for people not ready to give up or go insane.” It’s notable for its frequent employment of humor as both a weapon and coping mechanism and for its high-profile guests ranging from sitting U.S. senators like Chris Murphy to Black Lives Matter activist DeRay McKesson.

Tickets for “Pod Tours America” go on sale Friday, Aug. 25 at 11 a.m., with prices ranging from $25-$75. But the show is slated to feature several special guests, so that price is entirely worth it if Favreau’s buddy Tony Stark might show up. (Oh crap, that’s the other Jon Favreau…)