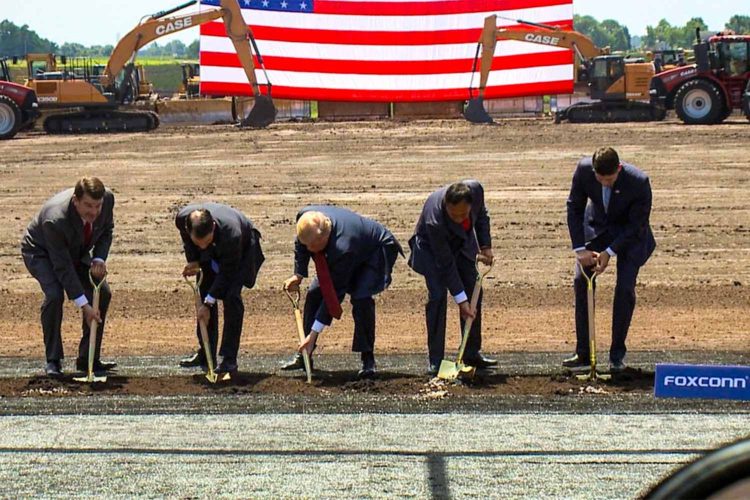 Donald Trump was in Wisconsin on Thursday, and as usual he’s got a lot on his mind.

Today was the groundbreaking ceremony for the Taiwanese company, which makes LCD screens and will supposedly create thousands of jobs (until the robots replace them) and generate billions in revenue for the state.

Trump, always a master of subtlety, called Foxconn “the eighth wonder of the world.” But as stupid as that is (which is deeply, incredibly stupid), that’s not why we’re here today. We’re here because President Big Boy fired shots at one of our Wisconsin institutions: Harley-Davidson.

The iconic, Milwaukee-based motorcycle manufacturer recently announced that because of Trump’s asinine tariffs it would likely be forced to move some of their production to the EU. As it stands, the tariffs would increase the cost of making just one motorcycle by about $2,200.

“Don’t get cute with us,” Trump warned the company, which has operated in Milwaukee for a staggering 115 years and generates hundreds of millions of dollars a year.

Harley-Davidson should stay 100% in America, with the people that got you your success. I’ve done so much for you, and then this. Other companies are coming back where they belong! We won’t forget, and neither will your customers or your now very HAPPY competitors!

“I’ve done so much for you” apparently means getting into a pissing match with our closest allies over literally nothing, and single-handedly engineering an oncoming economic collapse.

One can only imagine how Scott Walker’s biker buddies are going to take this.