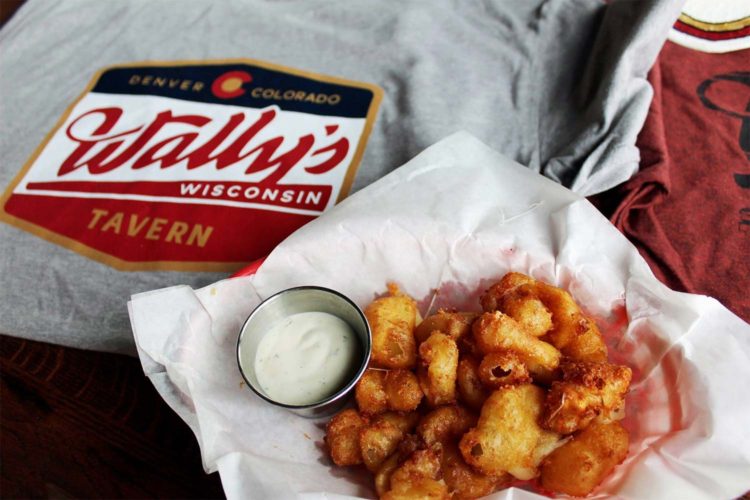 James Weimann and his restaurant group, which is based in Seattle, have opened about a dozen other restaurants in Washington and Denver. That’s a healthy little restaurant empire, and now the plan apparently is to capitalize on Wisconsin’s awesomeness in a mass-produced, chain restaurant kind of way. There are plenty of Wally’s t-shirts and hats to purchase, just in case you need to rep your local “dive” bar.

To his credit, Weimann’s family is from Sheboygan, including the namesake Wally, his father. So while this may seem like a blatant commercialization, at least the owner has roots here. According to the Milwaukee Journal Sentinel, Weimann worked at a supper club in Sheboygan as a teenager. He took a scouting trip around southeastern Wisconsin to help plan the tavern and grab a vintage wedding photo of his parents. Clearly, this is a labor of love on top of a money-making venture.

And well, it should make money hand over fist, because Wisconsin’s taverns are just that amazing. Wally’s will definitely attract former Wisconsinites in Denver, what with the shining beacons of Packers flags, brats, cheese curds and fish fries. Whether Coloradans who have never experienced a Wisconsin tavern will be on board remains to be seen, but they would if they know what’s good for them.

An early review by Denver’s 303 Magazine implies that locals will lap up the atmosphere: “A scene that could otherwise risk kitsch feels not only legitimate but heartwarming. It is exactly the kind of place to eat comfort food and knock back a cold one — retro wood-paneling has never been so cozy in a restaurant.” What they seem to call comfort food, we just call dinner. What they call retro wood paneling, we call walls. And borderline kitsch? I’m sure they’ll reach peak tavern decor, eventually.