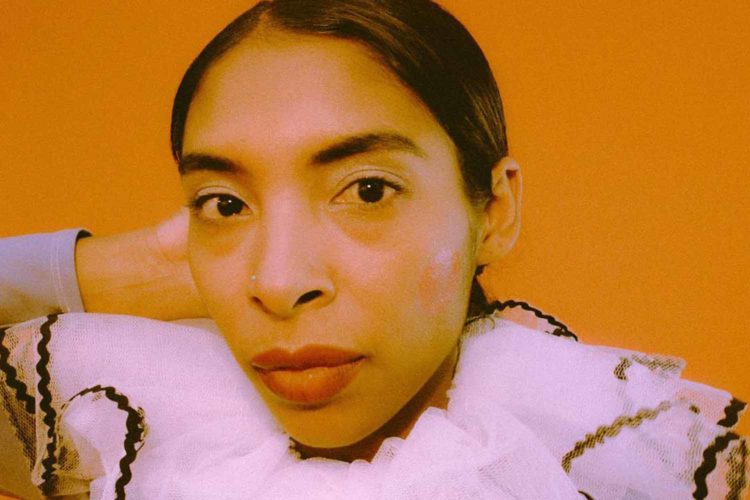 This month we continue our voyage into the future with a unified goal: to celebrate the best bands opening up shows in October, and to get there in time to see them play. I’ve been tossing around the idea of making a punch card so readers can keep track of their attendance. But until I get those printed, you might as well brush up on your curriculum for the month ahead.

I caught Candy at SXSW in March, and I found out they were a hardcore band when I googled their name about 10 minutes before they started playing. I’m glad I got the warning. Seconds into the Richmond band’s set, some guy by me was immediate knocked into the fetal position by a stray slamdancer. As members of the crowd tended to the guy, Candy continued their onslaught — as fiery and heavy as a steel foundry. So don’t miss this set, but do keep your wits about you. Bands that sound this good are worth maintaining your consciousness for!

Toronto pop musician Nyssa makes deliriously outsized jams, full of drum machine and synth sizzle and big midtempo choruses. And her music videos are glamorous spectacles befitting Nyssa’s DIY ’80s influence. Aside from sounding fantastic, I’ve noticed that this kind of low-budget/high-concept spirit also tends to come across in the quality of an artist’s live show. There’s only one way to find out!

Mickey’s is the perfect place to see Chicago punks Hitter, a supergroup of sorts. Its four members have put in time with other great Chicago rock bands, including Meat Wave, Lil Tits and Foul Tip. They have a lot of fun cranking out greasy riffs, and it shows. As long as you remember to bring earplugs, I can guarantee a good time. This is a show you’ll be glad you saw once they’re only coming to town to play larger rooms.

I still haven’t made it out to the new east side venue Crucible — but for those in the same boat as me, this show would be the perfect introduction to the space. Sacred Bones Records artist Spellling will bring her Siouxsie vibes to Madison, perfectly timed for the changing of the seasons. The Berkeley act’s slinky, chilling records are immersive and full of dark, vintage-sounding electronics. This set will pair excellently with a fine dry ice.

Oct. 19, The Sylvee with Big Thief

We all know how great Palehound is, right? But hey, a big show has to have a big opener. Boston’s Palehound has come a long way since opening for Mitski at The Frequency in 2015. They’ve released three records of emotionally centered indie rock, most recently this summer’s great Black Friday. Palehound is consistently fun live, and bandleader Ellen Kempner is by turns impressive and humble; the last time I saw them play, she pointed out a tricky guitar part she’d been practicing.

Oct. 30, Majestic Theatre with The Menzingers

At 15 years of playing together, Tigers Jaw is a straight-up institution in contemporary emo — at least in the eyes of their devoted fans. The mainstream and indie music press has for the most part hesitated to embrace the emo-influenced rock bands of the 2010s. But all the while, the band keeps getting better. Tigers Jaw are drawing on a catalog of five undeniable albums full of hooks, harmony, and great melodic choruses. And it’s now two years since the release of their last full-length, so hoping to hear some new songs too is probably not a stretch.