2020 was a bad year for most things, but it was pretty good for recorded music. And because I am 100% that guy, I kept a list of all the new albums I checked out. This satisfies the inner Rob Gordon I’ve spent years abating, and it makes it easier to sift through when compiling my faves every December. So with that in mind, here’s what I couldn’t stop listening to in 2020.

One of the worst parts of 2020 was losing John Prine. If there’s any small silver lining, it’s that the heir apparent to his songwriting throne has never been better. On Reunions, Jason Isbell delivers some of the sharpest tunes of his career. The Alabama native has a knack for storybook imagery — listening to an Isbell album is like reading a collection of George Saunders stories set to folk rock. The one-two punch of “Only Children” and “Dreamsicle” alone is masterful. And Isbell isn’t the only Monster of Songwriting on this list; there’s a woman from Pasadena I’ll get to later who is truly doing something special.

I saw the 2019 film Her Smell for the first time this year. It’s about a self-destructive riot grrl with original music penned by Bully’s Alicia Bognanno. It was pitch perfect, crunchy goodness, and totally believable for a hit band from the 1990s. And Sugaregg finds Bully hitting that decade’s grunge-punk sweet spot, delivering a wash of heavy guitars mixed with Bognanno’s signature scratchy vocals. It’s raucous and tender, and it makes me wish I could have seen a rock show this year. I’ll have to keep “Every Tradition” on repeat until then.

Bassmaster Thundercat is as funky as he is funny. (And he is very funny; I think about this all the time now.) It Is What It Is is another helping of Stephen Bruner’s heavy space funk, but now featuring a lot more of his goofball humor. “Dragonball Durag” is one of the funniest non-joke songs in recent memory. It Is What It Is is a musical equivalent of a Simpsons rewatch: a hilarious and often surreal world you can get lost in. And “Black Qualls” includes a killer feature from the next artist on my list.

I wish I was as good at anything as Donald Glover is at everything. And though his fourth album 3.15.20 can be a little uneven at times, the artist otherwise known as Childish Gambino has picked it with a celestial amount of ambition. Glover created an astrofunk epic that’s equal parts Thom Yorke and Andre 3000. The cinematic Ariana Grande duet “Time” is the highlight for me, with the woozy “24.19” right on its heels. It’s more than enough to tide me over until Atlanta returns.

Robin Pecknold did not have to go that hard. At this point in Fleet Foxes’ career, the Seattle folk outfit could have easily churned out a piece of what I like to call “audio wallpaper”: inoffensive, good-enough songs that just exist. And it still would have been good, because this it’s Fleet Foxes. Instead, Shore makes a strong case for the group’s finest album. Pecknold’s meticulous songwriting soars over a freer, more expansive sound. Shore is a long way from the group’s landmark 2008 debut, a feat I’m sure a lot of fans will say they won’t top. But as Pecknold himself sings, “Can I believe you?” The answer is no.

Do you ever get really into an album, and then an artist, because you like one song a little too much? That’s the story with me and “Circle the Drain.” Though I had a passing familiarity with Sophie Allison’s work, it wasn’t until hearing that song earlier this year that I really dove in. I’m glad I did, too. Color Theory is full of hazy, tender alt-rock packed with nostalgia for the good parts of the ’90s. Like Bernie, I too would like to thank Socka Mommy for the music.

4. Bright Eyes, ‘Down in the Weeds, Where the World Once Was’

A lot has happened since we last heard from Bright Eyes. In the nine-year gap between this year’s Down in the Weeds, Where the World Once Was and 2011’s The People’s Key, Conor Oberst was falsely accused of sexual assault, got divorced, and his brother “fucking drank himself to death.” But in that time Oberst put out some of the best music of his career, like the startling Ruminations (2016) and 2019’s highly publicized Phoebe Bridgers collab Better Oblivion Community Center. With Down in the Weeds, Oberst sounds worn out but not beaten down, staring into impending doom with a wink. Like The People’s Key, it finds Bright Eyes bringing more lush sounds to the table, including a couple emo-funk bangers that feature Flea (yeah, that Flea) on bass. The whole album is spotless, but “Mariana Trench,” “Forced Convalescence” and “Calais to Dover” are the showpieces for me.

The aforementioned woman from Pasadena had a year unlike any other. (Case in point: she’s picked up four Grammy nominations.) Though 26-year-old singer and songwriter Phoebe Bridgers had been coasting on the strong buzz from her 2017 debut Stranger in the Alps, she took a swing for the fences on its follow-up. Bridgers is easily the most talented lyricist born after 1990, and the dreamy and frank Punisher just goes to cement it. Bridgers, a woman whose anxieties are their own aesthetic, sounds far more assured and confident on her second album. And in the process she gives us some strong contenders for her best tune — the gutting “Moon Song” and imagery-laden “Chinese Satellite,” specifically. Phoebe Bridgers is here to stay, and we are richer for it.

More than once this year I’ve expressed a desire to move to New Zealand, particularly because the Kiwis are doing way, way better than Americans at managing COVID-19. But if I’m being honest, I just want to see The Beths play an honest-to-god live show. The Auckland quartet has risen the ranks of my favorite bands in the last couple years, with their debut Future Me Hates Me taking up near permanent residence on my turntable. Thankfully I can give that one rest now, because the power-pop crew’s sophomore album Jump Rope Gazers sonically eclipses it. The group are bonafide stars in their homeland, thanks largely to Liz Stokes’ cheeky songwriting. “Dying to Believe” could take over rock radio at any moment, but album closer “Just Shy of Sure” might be the group’s best yet. As a pair of The Beths’ fellow countrymen put it, New Zealand… rocks!!!

At the beginning of this year, and for much of it, I had no idea who Bartees Strange was. Then his debut album Live Forever dropped in October, and I’ve listened to almost nothing else since. It’s a kaleidoscope of genres, often hopping aesthetics mid-song. “Boomer,” for example, goes from trap-rap to pop-punk to a bluesy bridge that recalls Gary Clark, Jr. And “Mustang” is The Antlers by way of Midwestern emo. It’s always exciting when an artist comes out of nowhere and bodies the competition, especially when it’s so confidently presented. It makes you wonder where Bartees Strange goes next, since following up a monster debut like this is no easy feat. But I have nothing but confidence in him. It’s fitting that Live Forever shares a name with an Oasis song, because on this record Bartees establishes himself as a no-shit rock ‘n roll star. 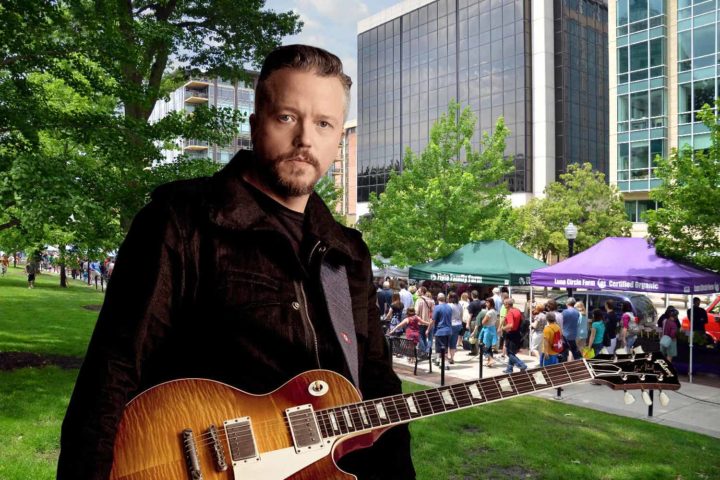