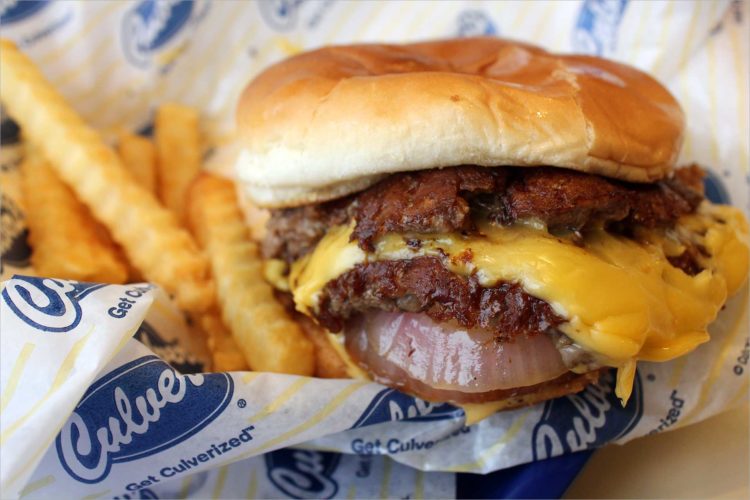 In the great American fast food burger wars, regionality matters. Texans lay claim to Whataburger. Californians will always go for In-N-Out. The D.C. metro area’s chosen one is Five Guys, and Shake Shack was borne from New Yorkers. And in our corner, we have Culver’s, the greatest evangelist for Wisconsin since Chris Farley.

Founded 35 years ago in tiny Sauk City, Culver’s is likely the best representation of Wisconsin in at least some of the 25 states where it has locations. The signature foods that Culver’s peddles — butter burgers, cheese curds and frozen custard — are all regional Wisconsin favorites. By taking them outside the state and marketing their Wisconsin roots, Culver’s has become a Midwestern icon.

The Wisconsin-heavy marketing is bound to strike a chord within the state thanks to us knowing how great we are. But Emily Patterson, director of marketing for Culver’s, says advertising its Wisconsinness outside the state is a priority. “Advertising that we call Wisconsin home is a part of our story,” she says. “We believe in staying true to our roots and where we got our start and are proud to call Sauk City home.”

That includes reppin’ all that Wisconsin dairy bathing the butter burger buns, mixed into shakes, and breaded and deep fried outside of the state. “Beyond being rooted in Wisconsin, we do advertise Wisconsin dairy and Wisconsin cheese often as we believe Wisconsin dairy sets the standard for quality,” Patterson says. We all know she’s damn right. And thanks to Culver’s, half of the country can know the joy of cheese curds too.

Culver’s has become so ingrained in Wisconsin culture that eating there is a right of passage when you visit the state, whether there’s locations where you come from or not. When Beto O’Rourke was in Madison recently after announcing his candidacy for president, he stopped at a Culver’s.

Back in Wisconsin. Back at Culver’s. pic.twitter.com/oNqHELSOh1

It’s political pandering, sure, but it works every time. Because Culver’s is such a huge chain — they recently opened location No. 700 — stopping in for a Twitter photo op will amass reactions from a large geographic swath of people, as opposed to visiting a local-only favorite like Dotty’s. In this case, it just so happens that Beto also got a tasty butter burger, though he made the rookie mistakes of not getting his custard after his meal and failing to order cheese curds.

Wisconsin Lt. Gov. Mandela Barnes is quick to tout Culver’s. When Crooked Media’s Jon Lovett was at the Orpheum Theater a few weeks ago, Barnes was a guest. He later tweeted that “we have all failed” if someone doesn’t get Lovett some Culver’s. It worked; the former Obama speechwriter posted a very respectable meal of a double butter burger with cheese, fries and curds in response.

What have I done pic.twitter.com/qMGttVF51v

And it’s not just politicians who are amassing fans through butter burgers. When Graham Mertz, the Badgers’ star quarterback signing, tweeted that all he wanted was a Whataburger in Madison, Wisconsinites told him to cool his jets. The Culver’s social media team (who you know includes some Badger fans) got in on it too. A few weeks later, he was braving the cold and getting his first taste of a butter burger.

Let’s see what this Wisconsin Culver’s is all about pic.twitter.com/PA3oePWA7C

Mertz seems to be a man of few words, but he did tweet that it was “good FYI.” I’m guessing it won’t be his last stop at the restaurant.

All this Wisconsinness is paying off for the chain, which beat cult rival In-N-Out in a Restaurant Business survey of most popular chain restaurants. That third place finish overall gave them the top burger spot, with In-N-Out falling (very) close behind. Though Culver’s currently has no California locations, maybe it’s time to start taking its biggest rival head on. They may have happy cows, but we’ll always have the market on cheese curds and custard cornered with Culver’s as our unofficial Wisconsin ambassador.