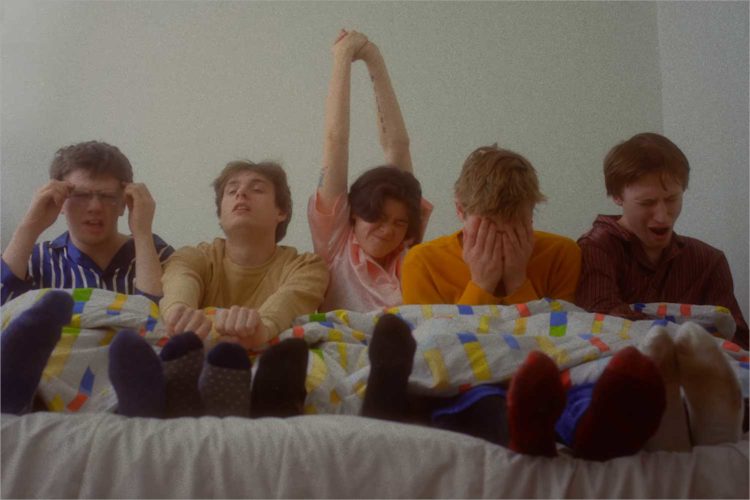 2020 is shaping up to be The Year of Disq. The international music press is calling the Madison quintet a band to watch in the coming year, but we already knew that here.

Formed by Isaac de Broux-Slone and Raina Bock in the mid-’10s while still in middle school, the group has been on the cusp of a major breakout since releasing the single “Communication” in 2018. And soon everyone will find out why: Disq is releasing their much-anticipated debut album Collector on March 6 via Saddle Creek, and they’ve got a new video for the song “Daily Routine” to go along with it.

Early, pre-cheesy-covers Weezer is often a point of comparison for Disq, and it’s super evident on “Daily Routine.” The song’s driving guitars and tongue-in-cheek lyrics are straight out of Rivers Cuomo’s playbook, mixed with ramshackle dynamics of fellow Wisconsin rockers Tenement. (At times, de Broux-Slone sounds like a dead ringer for Amos Pitsch.) And the video itself is an outright comedy; it sees the band doing all sorts of fun activities like playing football, visiting Chicago and, uh, dying on stage.

“It’s easy to fall into a void, thinking that everybody else has it all figured out, while losing sight of the fact that many others feel exactly the same way,” de Broux-Slone says. “The tongue-in-cheek lyrics are a coping mechanism for me as sometimes being able to laugh at my own situation is the only thing that can make me feel better.”

The band is embarking on a North American tour this spring that will conclude at High Noon Saloon on May 1. Tickets go on sale this Friday, Jan. 10, and you can pre-order Collector here.